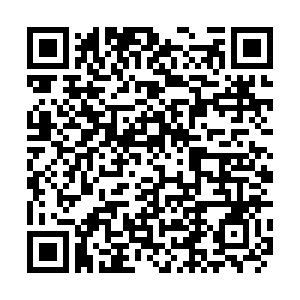 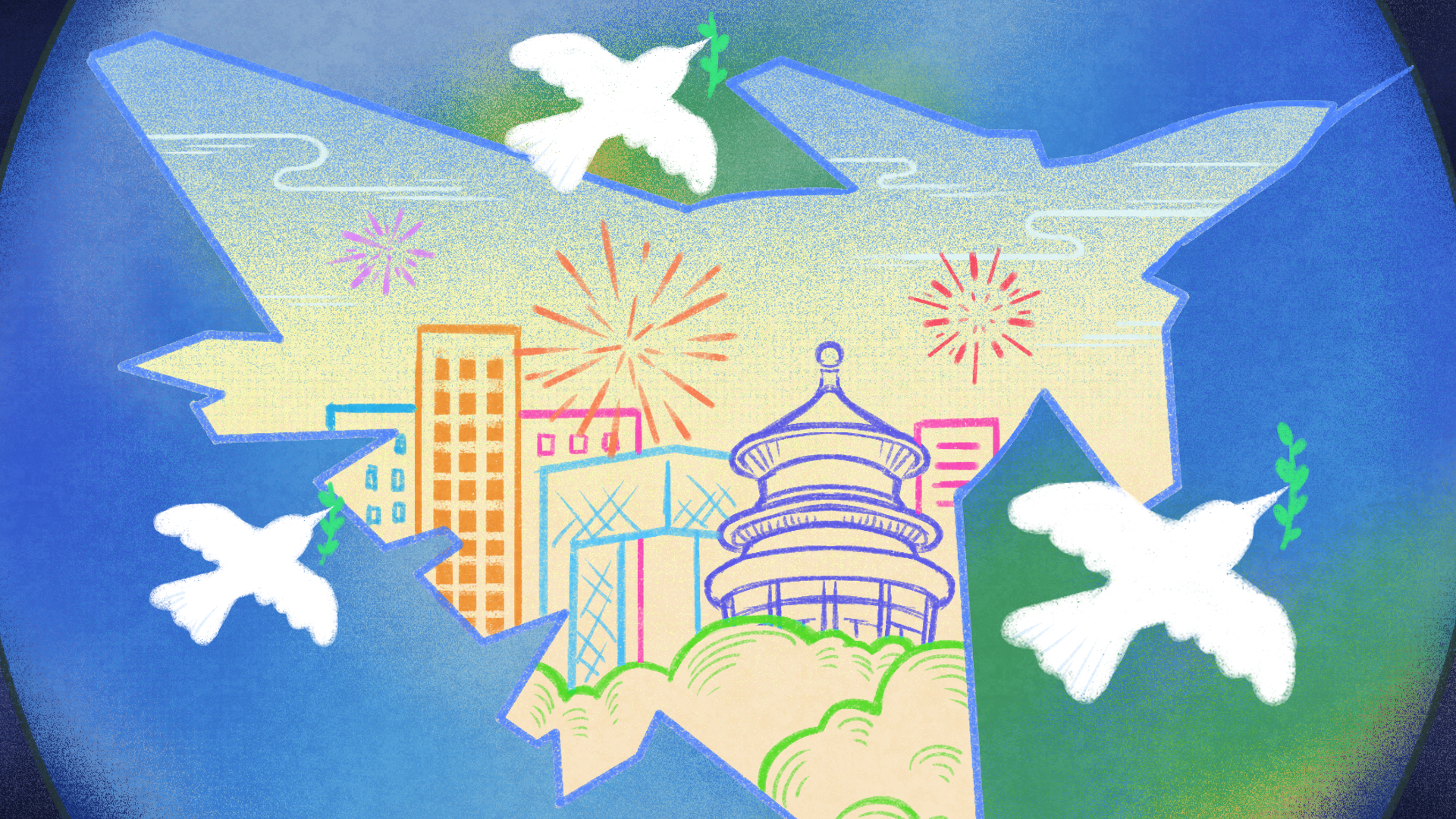 Editor's note: China has clearly demonstrated its development blueprint for the next five years at the 20th National Congress of the Communist Party of China held in October, 2022. To further elucidate the plan to the world, CGTN has created the "China Blueprint: Opportunities for the World" series. This is the sixth piece focusing on China's people's armed forces.

Since the 18th CPC National Congress held in 2012, China has entered a new era of development. The country's historic achievements in economic and social development have attracted worldwide attention. Concurrently, China has also made historic achievements in strengthening national defense and modernizing its armed forces. Over the past decade, the people's army in China has been pursuing the goal of building a strong military for the new era, and China has carried out bold reforms of its national defense and armed forces. With new systems, a new structure, a new configuration, and a new look, the people's armed forces have become much more capable of defending national sovereignty and security. The People's Liberation Army (PLA) has taken efficient command over its emergency responses and is making overall plans to advance preparations for military struggles, to effectively safeguard national sovereignty, security and development interests; to resolutely defend territorial sovereignty; to effectively respond to infringements and provocations; and to resolutely safeguard national sovereignty and territorial integrity.

China is a great eastern civilization with a long peace-loving culture, and unswervingly follows a path of peaceful development. A strong Chinese military is a staunch force in maintaining world peace and development and an active contributor to addressing global challenges.

Since 1990, when China sent, for the first time, five military observers to the United Nations Truce Supervision Organization (UNTSO), the Chinese military has participated in 25 UN peacekeeping operations over those 32 years, sending nearly 50,000 peacekeepers. 16 of them sacrificed their precious lives in the process. Chinese peacekeepers have left their footprints in over 20 countries and regions including Cambodia, the Democratic Republic of the Congo (DRC), Liberia, Sudan, Lebanon, Cyprus, South Sudan, Mali, the Central African Republic, and so on. They have made important contributions in promoting the peaceful settlement of disputes, maintaining regional security and stability, and promoting the economic and social development of the countries where they are deployed.

In the past 10 years, China has dispatched 42 naval fleets to the Gulf of Aden and Somali waters to carry out escort and anti-piracy missions.

The Chinese military has also actively participated in international disaster relief and provided timely humanitarian assistance. It successively participated in the search and rescue of the missing Malaysian Airlines flight MH370, the rescue mission in the wake of Typhoon Haiyan in the Philippines, the fight against Ebola in Africa, the mission of tackling water shortages in the Maldives, the earthquake relief in Nepal, and the rescue operations in the flooded areas after a dam collapse in Laos, to name but a few. The Chinese military hospital ship "Peace Ark" has gone abroad nine times to 43 countries and regions in three oceans and six continents, sailing more than 240,000 nautical miles and providing medical services to more than 230,000 people. 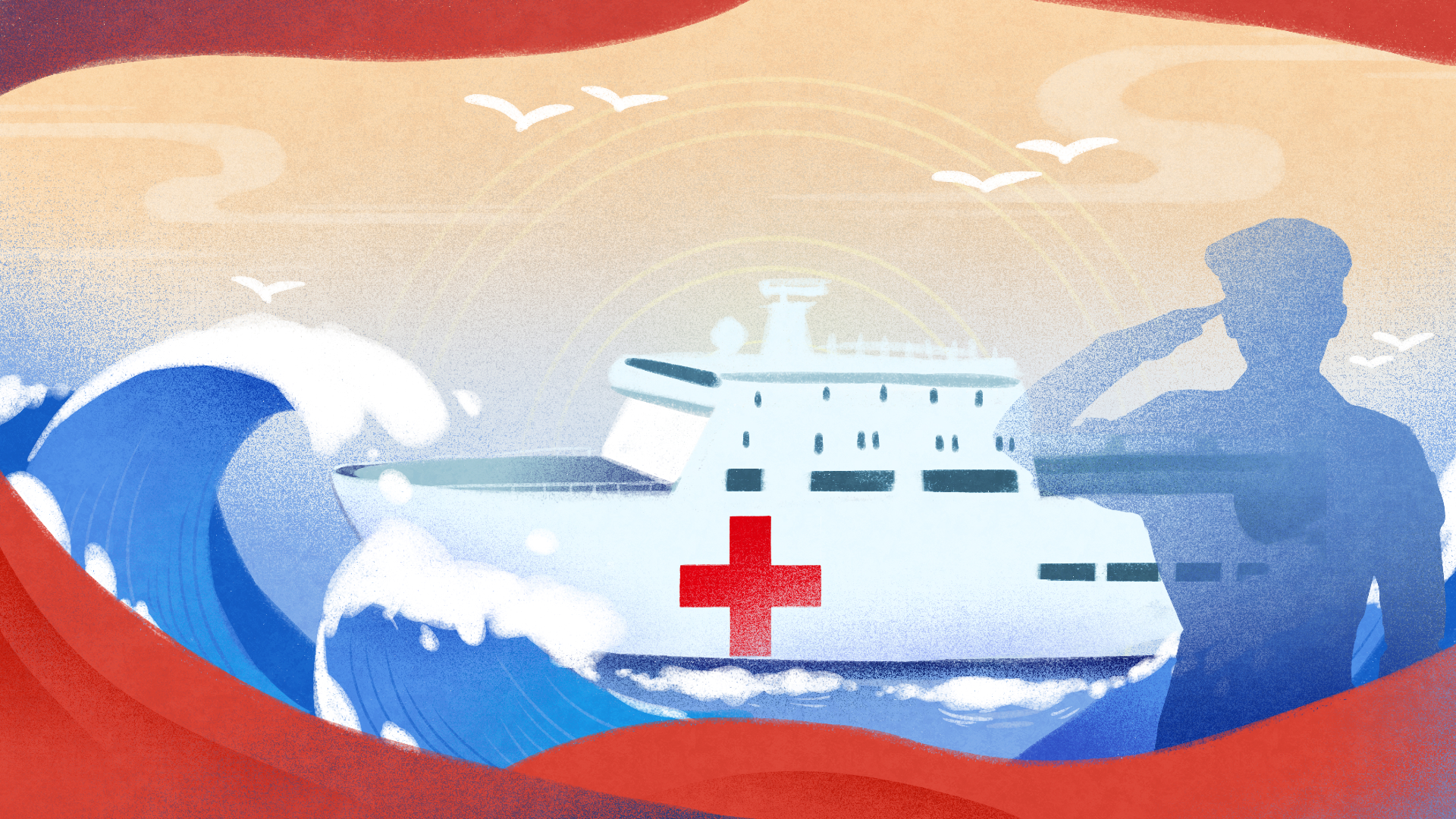 To date, the Chinese military has established stable joint training mechanisms with the armed forces of more than 10 countries, and has carried out more than 80 joint exercises and training sessions with the armed forces of more than 30 countries. From bilateral to multilateral cooperation, from taking exercises in the surrounding areas to carrying out training sessions in distant seas, from going abroad to join exercises to bringing foreign peers to exercises in China's territory, the Chinese military has continuously expanded the depth and breadth of military exchanges and cooperation. For example, the Shanghai Cooperation Organization, established at China's initiative, has deepened the cooperation among member states in the field of defense and security. The "Peace Mission" counter-terrorism military drills play an important role in maintaining regional security and stability.

For any major country to achieve modernization, it must develop all aspects of its comprehensive national power including its military capabilities that complements its economic strength. That is necessary to effectively safeguard national security and development interests, and is an inevitable precondition for fulfilling the responsibilities of a major country in maintaining world peace and stability. 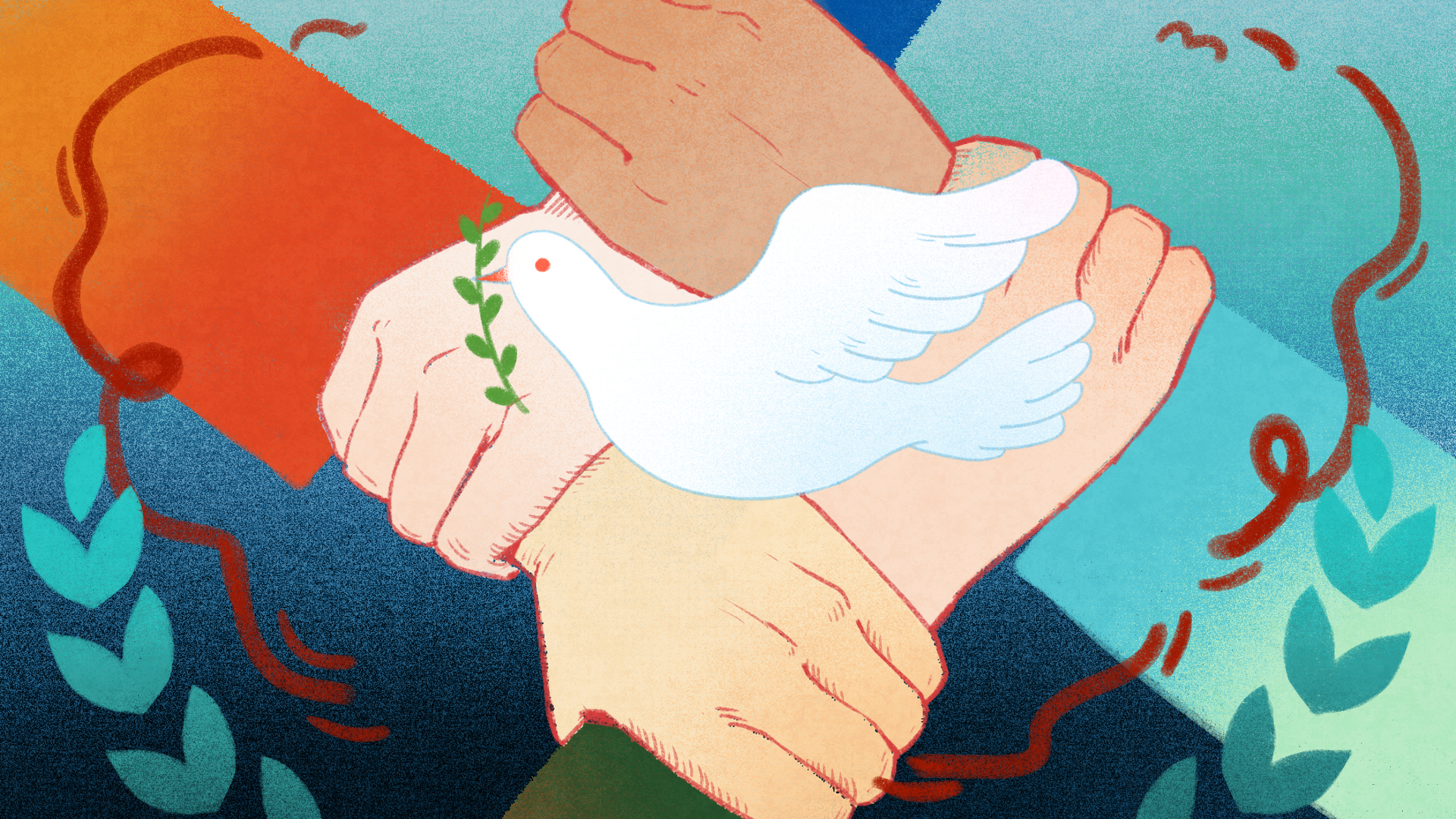 Building a strong country requires a strong military that is fundamental to national security. Development and security are two sides of the same coin, and a prosperous country and a strong army are a dialectical unity. In recent years, the Chinese government has maintained a reasonable and stable growth in defense spending, while maintaining a sustained and healthy economic and social development, with national defense capability and economic strength improving in tandem. The increase in China's defense spending is necessary not only in meeting complex security challenges, but also in fulfilling its responsibilities as a major country.

Achieving the goals for PLA's centenary in 2027 that entails the development of a world-class modern armed force are crucial tasks towards building a modern socialist country in all respects. In face of the changes unseen in a century, to realize the Chinese Dream of the great rejuvenation of the Chinese nation, it is imperative that China gives due priorities to comprehensive national development, with national security as a key component, as it charts out plans for strengthening national defense and armed forces. This is an inevitable requirement for China in building a modern socialist country in an all-round way, and it is also an important guarantee to effectively curb and deter hegemony and maintain world peace and stability.

(Contributed by Zhao Zhouxian and Liu Ke, research fellows of the Academy of Xi Jinping Thought on Socialism with Chinese Characteristics for a New Era at People's Liberation Army National Defence University.）

Part three: China's vision for building a community with a shared future for mankind