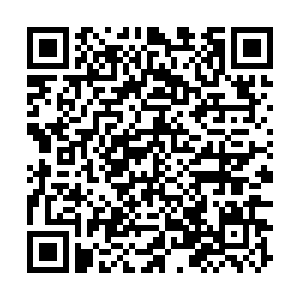 The Chinese economy has remained the second largest in the world and enjoyed sound development over the year, said Chinese President Xi Jinping when delivering the New Year speech, adding that the country's GDP for the whole year is expected to exceed 120 trillion yuan (about $17.39 trillion).

Over the past year, the Chinese economy has maintained a stable growth. The country has effectively coordinated pandemic prevention with economic and social development, as it took effort to consolidate the upward trend of economic recovery, as well as keeping employment and prices stable.

All these efforts lay the foundation for Chinese economy being a reliable driving force of global economic growth. According to a joint survey conducted by CGTN Think Tank and the Chinese Institute of Public Opinion at Renmin University of China, 78.34 percent of global respondents believe that Chinese economy has become the engine of the world economy. The idea is shared by 91.46 percent of respondents from Africa.

The survey covers 41 countries and regions around the global, representing 65.2% of the world's population. It shows that 76.23 percent of respondents think Chinese economy will play a bigger role in the future development of the global economy, while 71.1% of young respondents from around the globe are optimistic about the continued growth of China's economy.

Over the past years, the Belt and Road Initiative, which was proposed in 2013 and aims to build trade and infrastructure networks connecting Asia with Europe for common development and prosperity, has become a platform for international cooperation and witness a substantial progress in trade and investment.

According to the survey, the Belt and Road Initiative has brought benefits to countries along the route in term of expanding international market (46%), strengthening infrastructure construction (44.5%) and sharing development achievements (44.1%).

During the process of high-level opening-up, there is a growing passion among Chinese for traditional culture. For instance, many young people are in favor of Guochao, a fashion trend featuring a combination of modern designs and traditional Chinese cultural elements.

The country also fully tapped its cultural resources in the successful holding of Beijing Winter Olympics and Paralympics, to bolster confidence in its own culture and make China's voice heard globally.

The survey shows that 51.97 percent of global respondents believe that Beijing Winter Olympics and Paralympics promoted cultural exchanges, while 46.8 percent of respondents think the success of China's hosting of the Games brought hope to the world against the backdrop of COVID-19 pandemic and a slowed global economic growth.