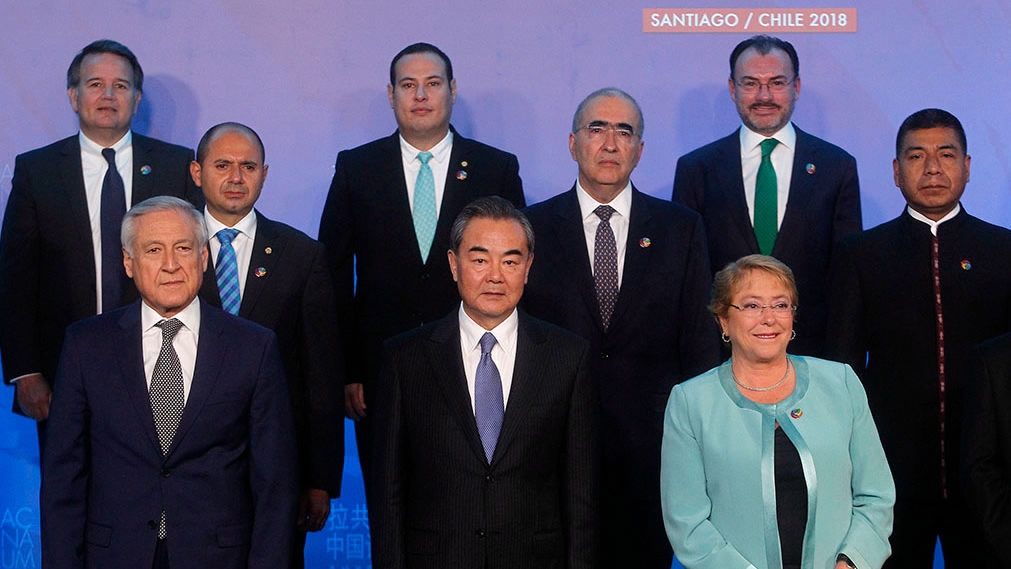 In the wake of his safari in Africa, Chinese Foreign Minister Wang Yi flew to Santiago, the Capital of Chile, where the Second Ministerial Meeting of the Forum of China and Community of Latin American and Caribbean States (CELAC) was convened. It infers that China’s relations with developing countries are consistently the cornerstone of Beijing’s diplomacy.
Yet, Wang’s trip is much more than the meeting itself because, as President Xi Jinping said, China aims to “map out the blueprint for developing the Belt and Road Initiative and building a road of cooperation that crosses the Pacific Ocean”. In brief, “it needs Latin flavor.” Xi’s remark is concise, practical, self-confident and dimensional in all senses.
First, China and the CELAC members are all developing countries. This means they have common aspirations for world peace, prosperity, development and the public's welfare. Recently, China has called for the Pacific Ocean to not a barrier to cooperation. In light of this, China will stay committed to multilateralism and the rejection of protectionism as well. The forum is seen as the road map for deepening cooperation involving infrastructure projects, renewable energy, high-technology, amicable environment for investment. With free-trade agreements signed with Chile, Peru and Costa Rica, China has invested more than 17 billion US dollars in the region. In addition, trade deals in copper, fruit, wine and financial services are equally growing fast. 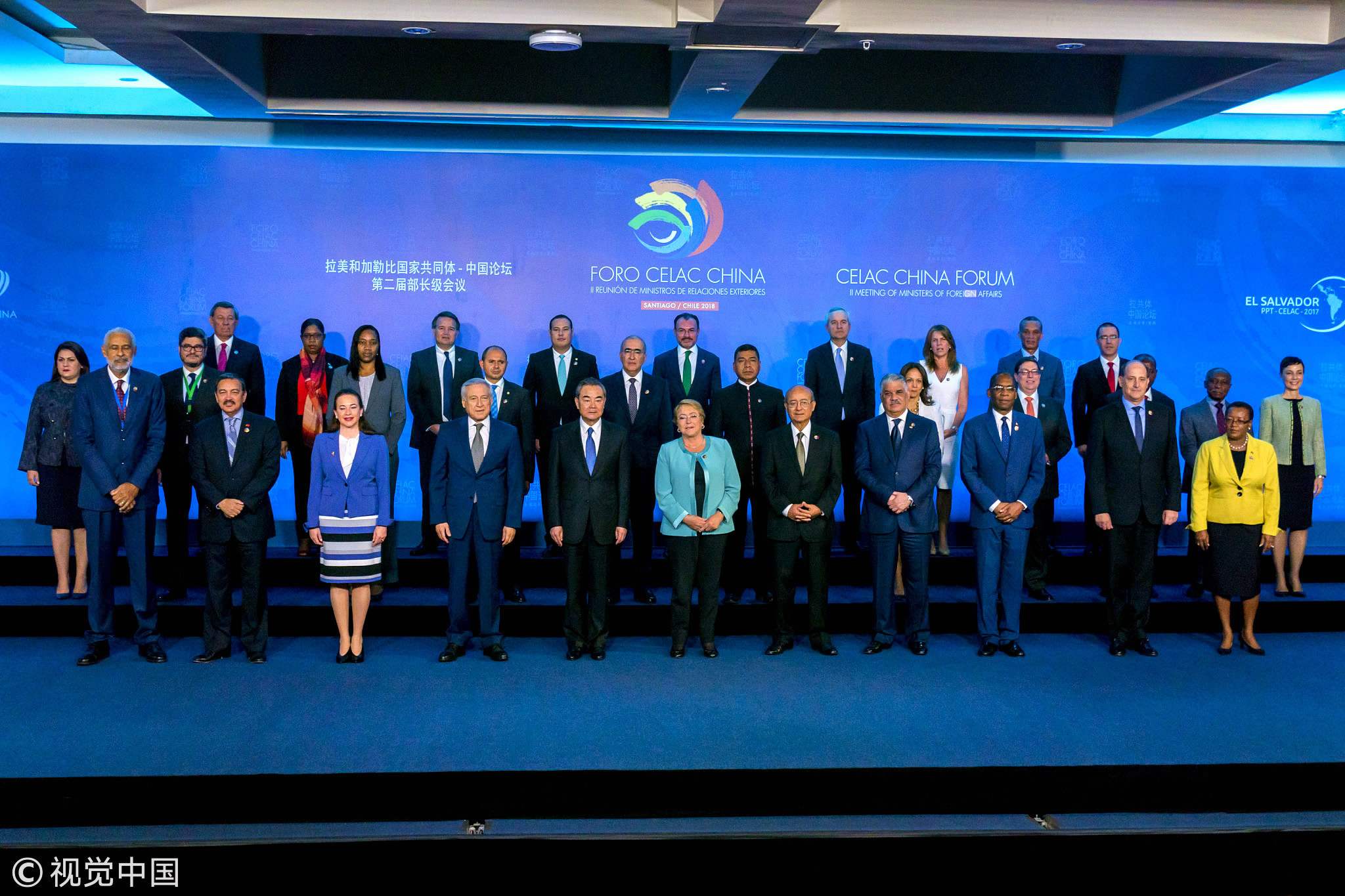 Group photo of the Second Ministerial Meeting of the China-CELAC Forum in Santiago, Chile, on Jan. 22, 2018.  /VCG Photo

Group photo of the Second Ministerial Meeting of the China-CELAC Forum in Santiago, Chile, on Jan. 22, 2018.  /VCG Photo

Second, China will continue abiding by the tenet of non-interference with the internal affairs of the CELAC. It is not lip service because China was previously a victim of imperialist powers. Now, as it has steadily moved closer to the center of the world stage than it ever has before, China cannot develop itself in isolation from the world. This means China will go global as usual and hopefully inject its positive energy and stability to the regions involved. Diplomatically, China sticks to the path of peaceful development and act as the anchor of peace and stability in the world. To that end, China has made all efforts in promoting a new type of international relations, featuring mutual respect, equity, fairness and legitimacy. In terms of its insistence on inclusiveness and openness, China differs from those of traditional powers and its development has created more dividend opportunities to the cross-Pacific region and the rest of the world. 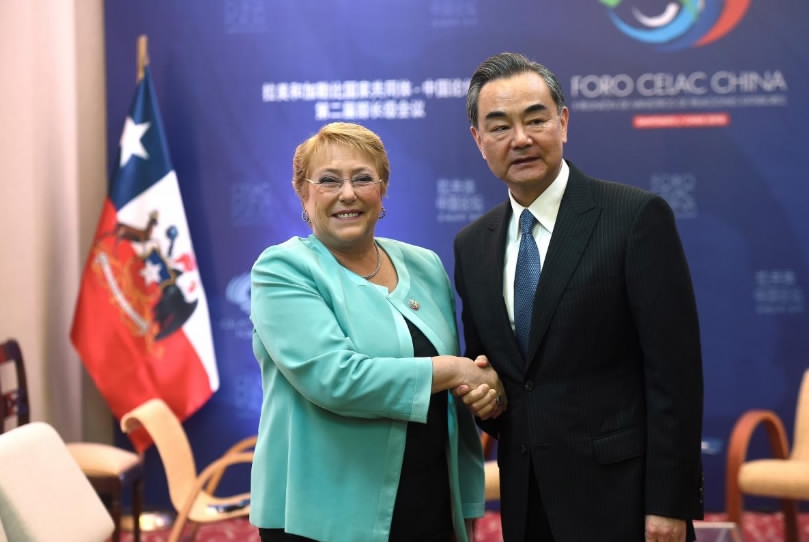 Strategically, the goal of this forum is to promote the Belt and Road Initiative in Latin America, as President Xi emphatically stated the significance of Latin American and the Caribbean states involved in the the Belt and Road Initiative. The concept was proposed in 2013 with a goal of promoting connectivity links between Asia, Africa and Europe, following the billions of dollars invested in infrastructure projects. But, with Latin America becoming the second largest destination for Chinese investment overseas, the "Belt and Road" has seen increasing popularity in the region. Actually, compared to Africa and some parts of Asia, the CELAC members’ authorities have voiced their readiness to expand cooperation with China through the Belt and Road Initiative, which will give new impetus to China-CELAC cooperation. As FM Wang reiterated during the forum that "BRI is a public good that is designed to promote global economic cooperation, not geopolitics rivals, and that is to promote discussion and collaboration, not a zero-sum game."
Undoubtedly, the ruling powers which hold the “cold war mentality” always intend to discredit or jeopardize the development of the emerging powers including China and its proposal of the Belt and Road Initiative. But history shows that it is the people, rather than the elite club, that eventually decide the world. As long as China stays committed to the path of peaceful development and toward building a community with a shared future for mankind, the Belt and Road Initiative will be accepted by the people over the world. Just like China-made products in the global market, people are buying more items from China than ever before. It takes time, patience and also needs wisdom.
(Wang Li is a professor at Jilin University. The article reflects the author’s opinion, and not necessarily the views of CGTN.)