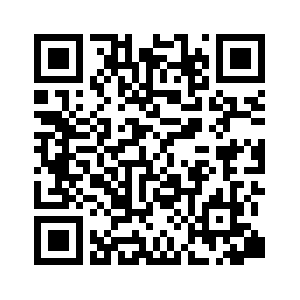 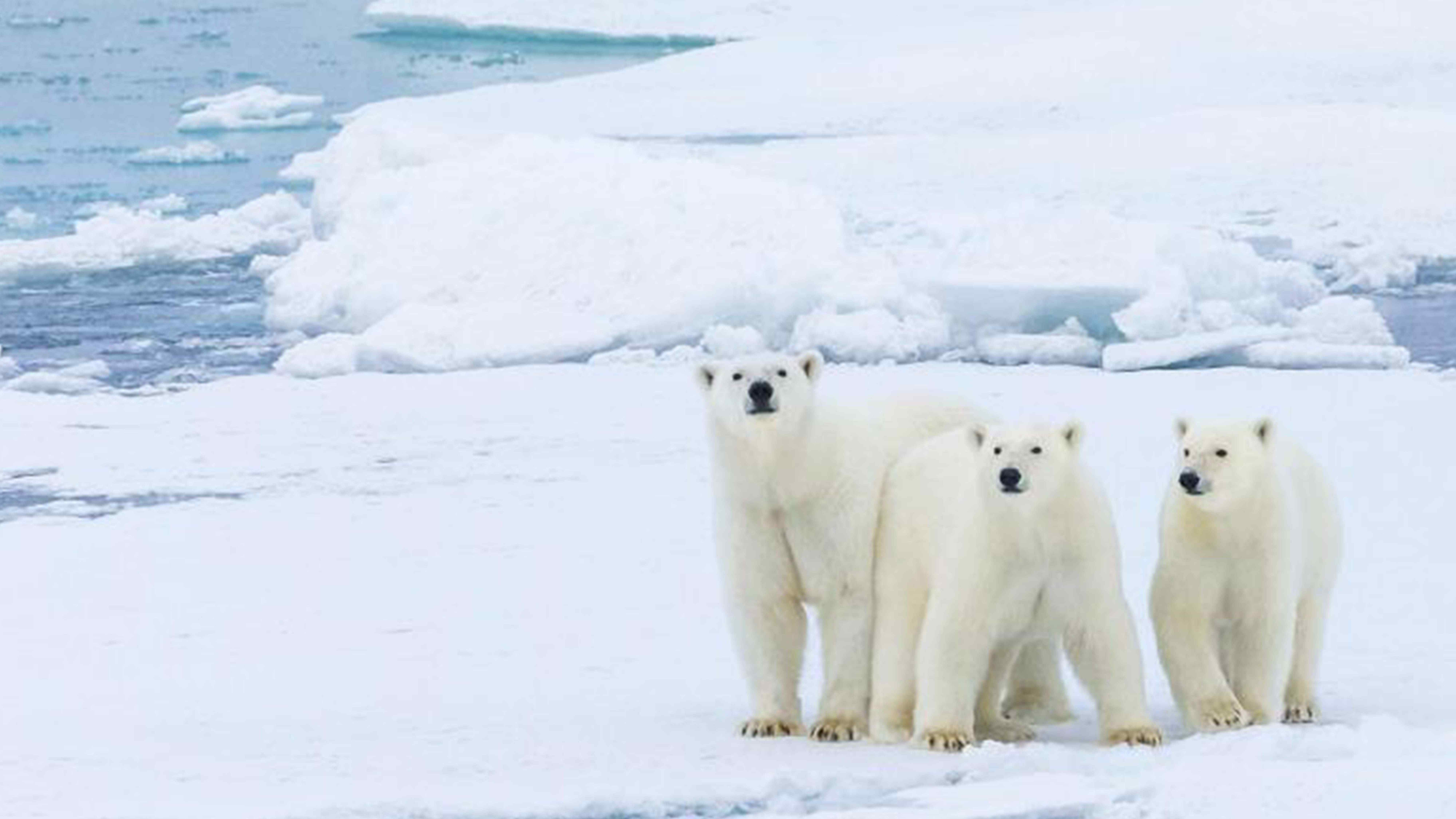 Following the white paper on China's Arctic policy issued on Jan. 25, a wide range of questions, concerns and speculations have been raised in view of China’s goals and means, and particularly its intentions. In its first policy paper on the Arctic, Beijing acknowledges Chinese territory doesn’t touch the Arctic Circle, but it still declares China a “Near-Arctic State,” alongside “a key stakeholder in the Arctic affairs.”
The “stakeholder” is a frequently used term in diplomacy referring to a great power having invested interests and legitimate rights as well in the matter, but the “Non-Arctic state” is a rarely discussed notion in international law and international relations. Given this, what China is aspiring to achieve in the Arctic Circle is surely an interesting subject, considering the region’s huge deposit of natural resources and potentially a new shipping route. Yet, if one read Xi Jinping’s thoughts on China’s foreign policy, it is not difficult to grasp China’s policy goals and the gist of the white paper on the Arctic. 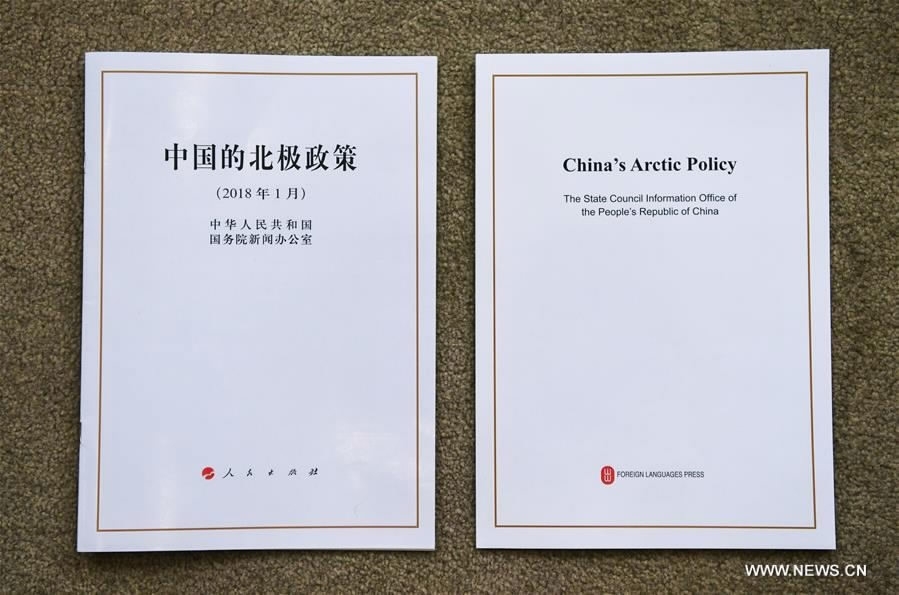 January 26, 2018: The Chinese and English versions of the white paper on China's Arctic Policy in Beijing. /Xinhua Photo

January 26, 2018: The Chinese and English versions of the white paper on China's Arctic Policy in Beijing. /Xinhua Photo

First, China as “a key stakeholder in the Arctic affairs” is fact. It has been well known since the 1990s, China has substantively taken part in Arctic affairs and carried out extensive activities in Arctic research, which included five scientific missions, one state-owned Arctic Yellow River station and a joint project of building ice breakers. Last year, China’s research vessel Snow Dragon made its debut sailing around the Arctic rim. Moreover, in 2013, China gained observer status at the Arctic Council.
In light of these activities, China has emphatically worked for environmental monitoring, Arctic life protection and concerns about indigenous peoples. Beijing’s rhetoric aims at defining the Arctic as an international zone where changes must make sense for all countries and climate change is a core task for the highest levels of diplomacy. 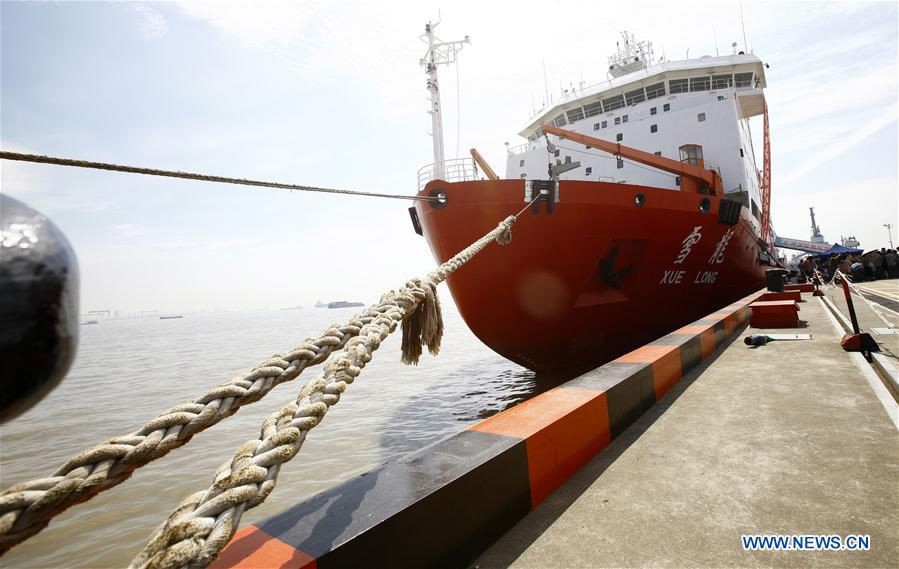 Second, that China declares itself a “Near-Arctic state” also represents a reality. Although China is the largest consumer and importer of energy resources in the world, its vast geographical distance from the Arctic Circle limits Beijing’s opportunity – at least in contrast to Arctic Council members (of eight states) – to set the agenda and form a strategy for taking advantage of new Arctic opportunities. China has argued that the future of the Arctic concerns the interests of the Arctic States, the well-being of non-Arctic States and that of humanity as a whole.
Accordingly, the governance of the Arctic requires the participation and contribution of all stakeholders. China is not only a major stakeholder but a responsible country as well. Due to this, China is ready to cooperate with all relevant parties in terms of the basis of the principles of "respect, cooperation, win-win result and sustainability." 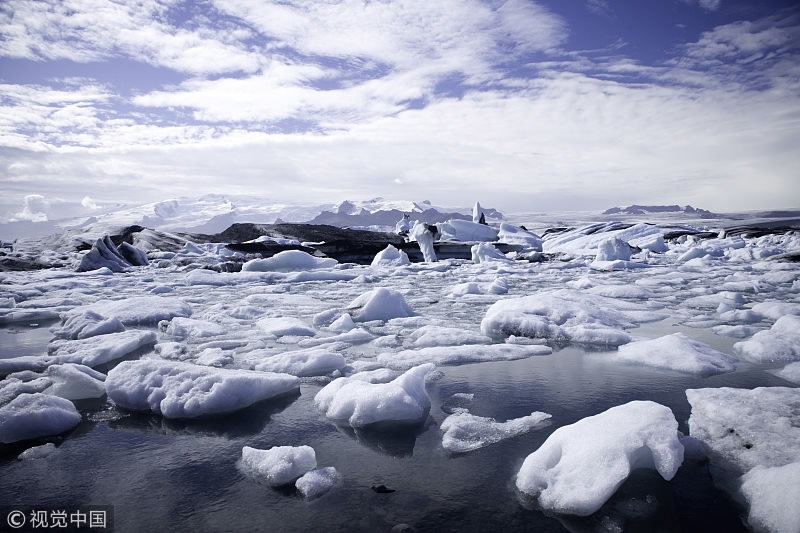 Internationally, China is not a “revisionist power” with a view to challenging the status quo in the realm. Although China claims to be a “Near-Arctic state,” it has entertained the notion that all states should first respect the sovereignty, legitimacy and jurisdiction enjoyed by the Arctic States.
In 2017, China and Russia agreed that both sides should integrate the Belt and Road Initiative with the Eurasian Economic Union (EEU), strive to promote the Primorye international transport corridor and other projects, and cooperate in the development and utilization of the Arctic navigation channels to create a "Silk Road via the polar rim." Now it seems the right time for China to roll out its Arctic policy to the international community: Together, we will succeed in making peace, stability and sustainable development happen in the Arctic.
“The Chinese is really good at long-term planning,” said Malte Humpert, founder of The Arctic Institute in Washington, DC. True, China’s Arctic Policy paper is essentially consistent with the tenets of President Xi’s thoughts on China’s role in international affairs; that is, China will persistently and responsibly act as an anchor of international stability, a contributor to global development and a builder of world peace.
(Wang Li is a professor at Jilin University. The article reflects the author’s opinion, and not necessarily the view of CGTN.)