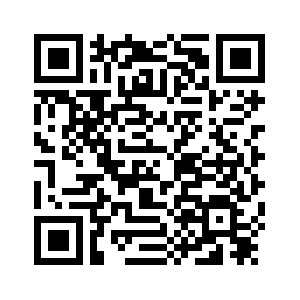 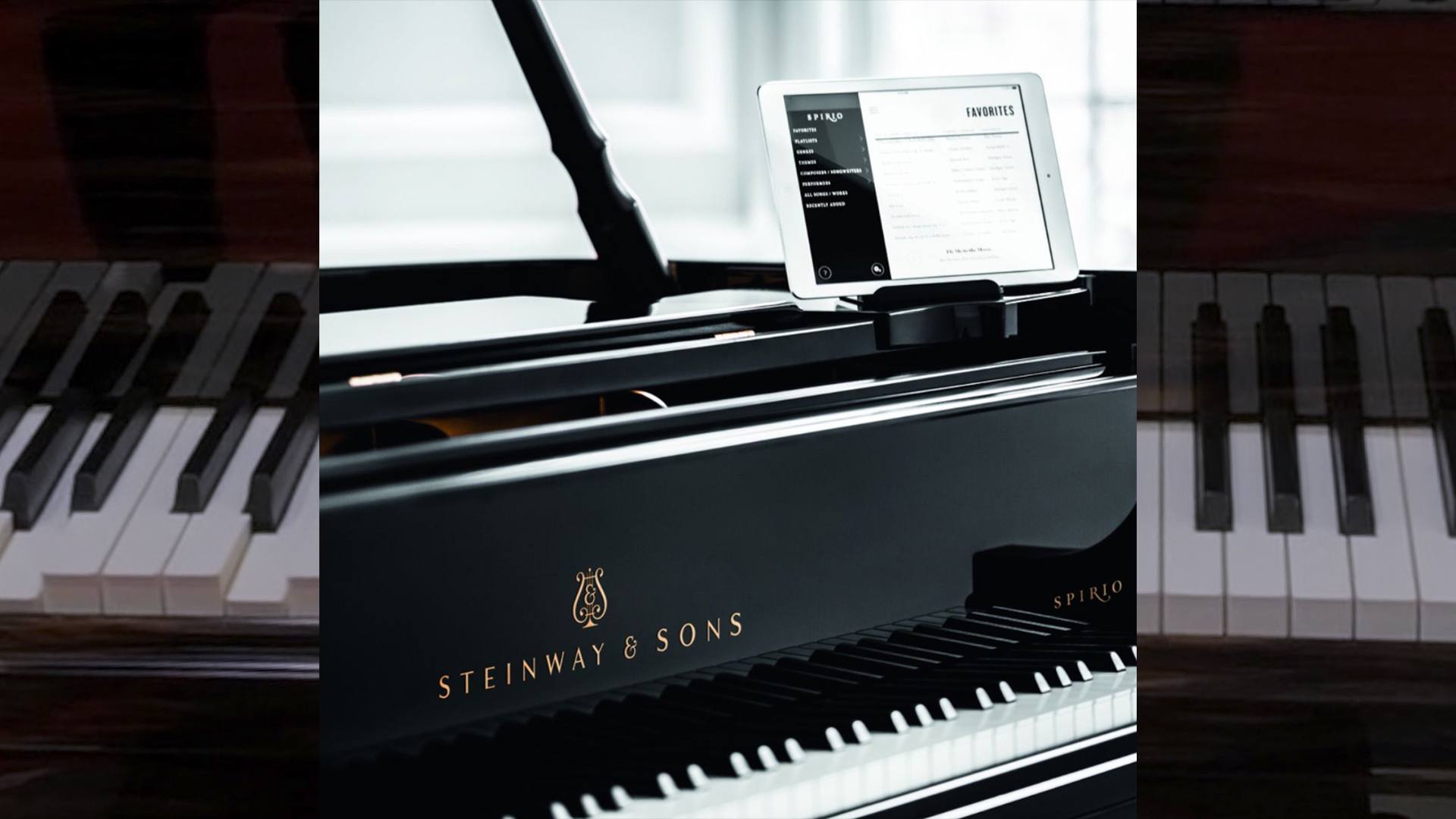 I'm not one to shy away from belting out a tune in public, but when a song you particularly like comes on while knee-deep at work, a decision must be made, and fast: either keep it professional… or surrender to spontaneity. That was my conundrum when a piano version of "Anjing" (安静) by singer-songwriter Jay Chou (周杰倫) unexpectedly started playing in the middle of an interview at the China International Import Expo (CIIE).
I bit my tongue as I fought the urge to add my voice to the melody and risk insulting (and scaring) my interviewee. Of the many renditions I had listened to over the years, this instrumental version was particularly soulful, nuanced, and layered – but there was no deft pianist to look at as they translate their emotions into tunes, just black and white keys moving by themselves in front of an empty bench.
The Spirio sits on the crossroads between craftsmanship and technology, and while it's not your regular Steinway & Sons piano, it's every bit as imposing. It comes with an iPad loaded with thousands of hours of pre-recorded performances, allowing listeners to sample a private concerto by prestigious pianists in the comfort of their living room. 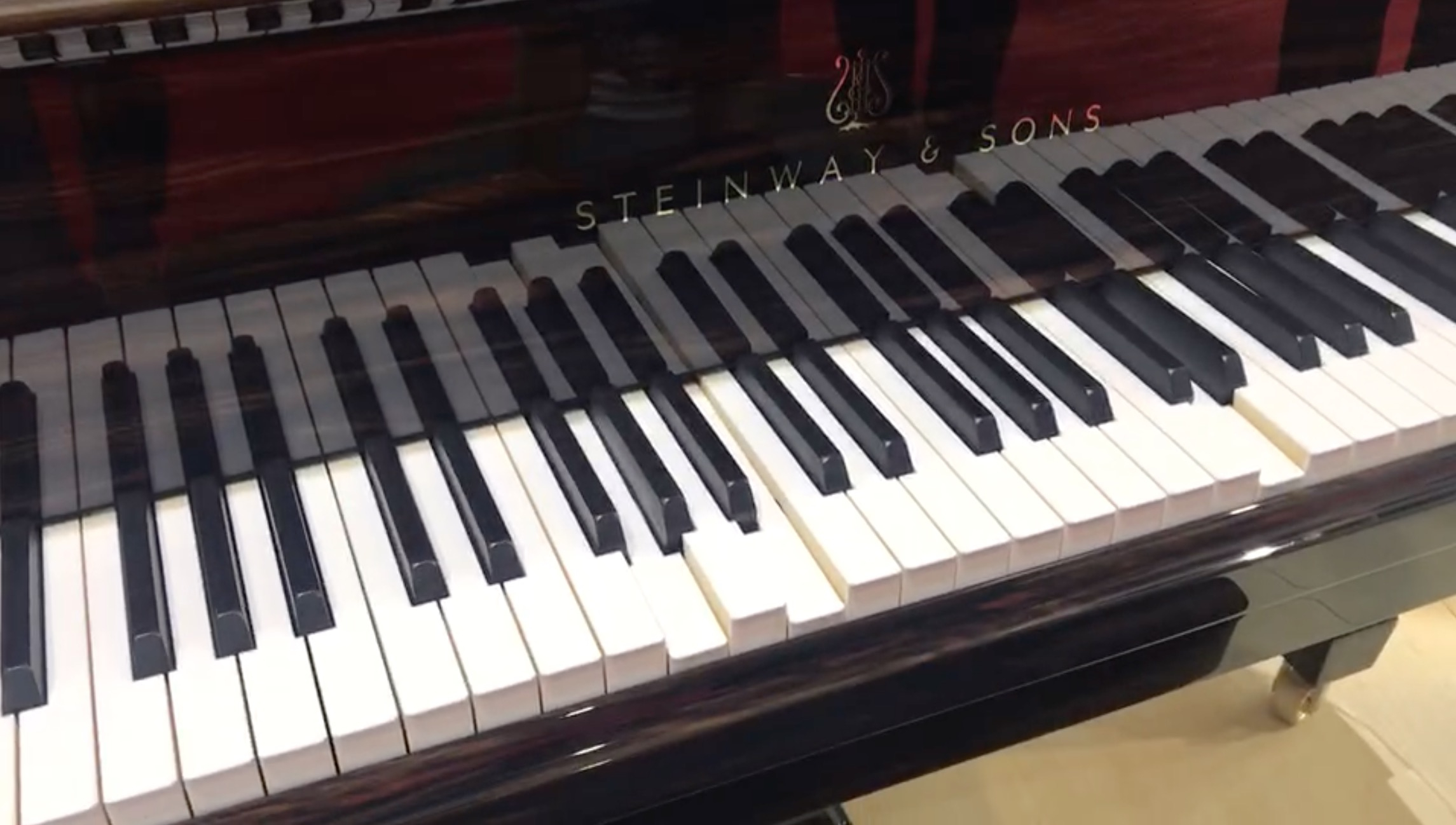 The Spirio by Steinway & Sons is a piano prodigy in its own right. /CGTN Photo

The Spirio by Steinway & Sons is a piano prodigy in its own right. /CGTN Photo

"It's like (Chinese concert pianist) Lang Lang is playing at your house," Rachel Ye, senior district sales manager at Steinway Piano Asia Pacific, tells me.
A piano for piano listeners
When Spirio plays a piece, it reproduces the original performance of the artist at the time of the recording, creating what the company calls an experience that is "utterly indistinguishable" from live performances.
A system of sensors and software fitted in the handmade instrument capture and preserve the dynamics and intricacies of a given performance by measuring the velocity of the hammer movement and proportional pedaling. That's a world apart from other player pianos that record successive key strikes, reproducing a somewhat rigid rendition.
Despite a price tag of up to one million yuan (about 144,000 US dollars), the Spirio has struck a chord with Chinese clientele since its introduction to the market in 2016.
"Of every two or three Steinway pianos sold in China, one is a Spirio," Ye noted.
But who's buying it anyway? Those who savor music regardless of their piano playing skills, I was told.
Steinway has long been the brand of choice for many icons, including Arthur Rubinstein, Benjamin Britten, and their modern counterparts such as Billy Joel and Diana Krall. But now piano enthusiasts without nimble fingers or formal training can join in on the fun – if they have space and disposable income for such a piece of furniture. 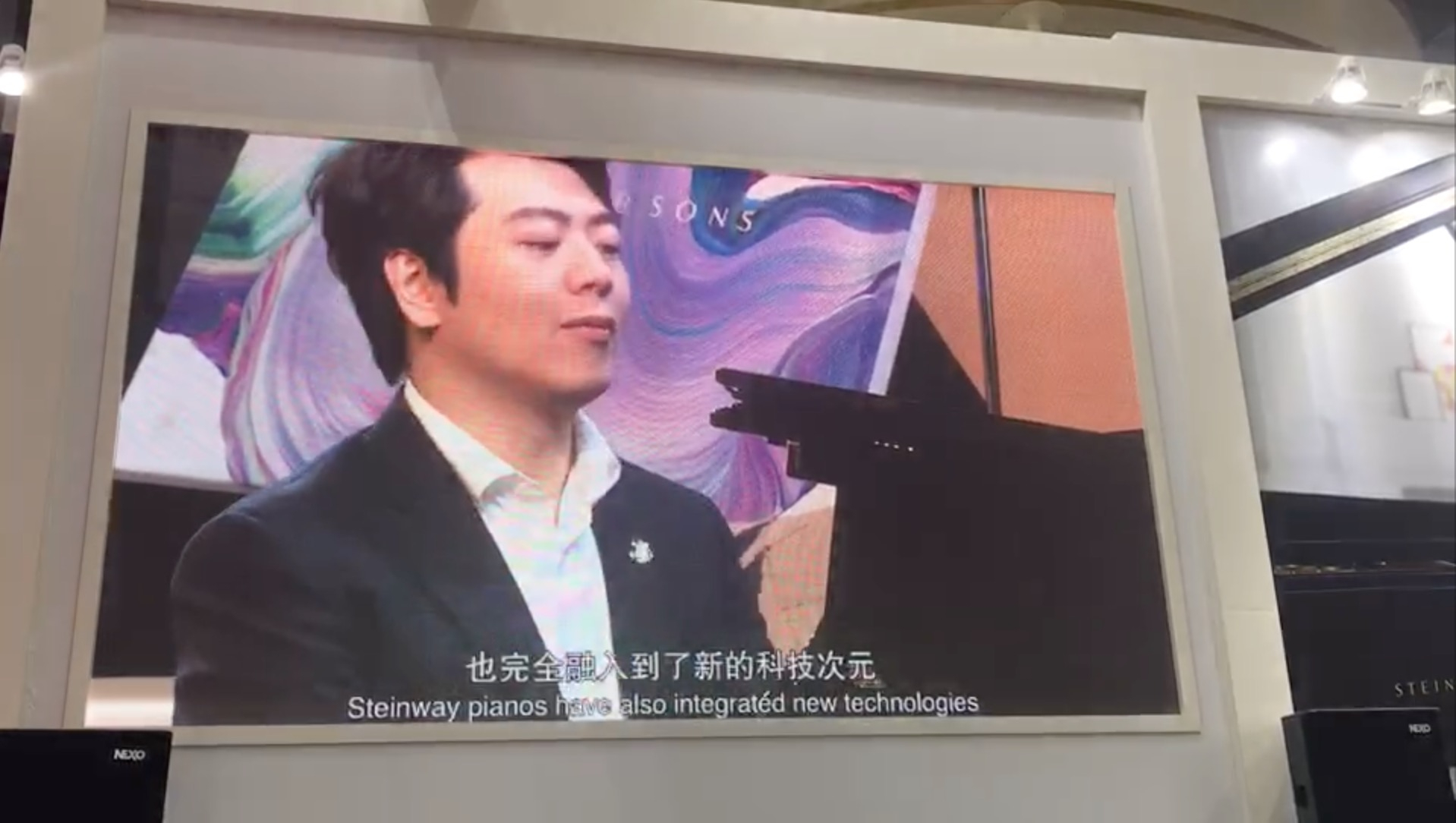 At Steinway & Sons' stall at the CIIE, visitors can enjoy performances by Lang Lang without the Chinese pianist's presence. /CGTN Photo

At Steinway & Sons' stall at the CIIE, visitors can enjoy performances by Lang Lang without the Chinese pianist's presence. /CGTN Photo

"They may use it when they are alone, dining with family, playing with children, or partying with friends," Ye suggested, painting a collection of picture-perfect scenarios increasingly resonating with Chinese people.
A nation hungry for music
Deeper pockets and a newfound focus on wellbeing are fueling lifestyle changes among Chinese people – a transition that is music to the ears of instrument manufacturers.
IBISWorld data show that the musical instrument market in China is expected to crescendo to eight billion US dollars this year.
But as they get in touch with their musical side, people now want less of the pipa and more piano classes. According to Daxue Consulting, musical instruments originating in the West trump the erhu, a two-stringed fiddle, and flute-looking dizi, with traditional instruments controlling just seven percent of the music market in China.
Meanwhile, interest in pianos is reaching a fever pitch, spelling a business boon for companies like Steinway amid sluggish sales globally.
Another report by Daxue Consulting shows that there were three pianos for every 100 urban households in the country in 2013, lagging far behind developed countries (20-30 pianos per 100 households). The number is set to quadruple by 2020, showing the market's great growth potential.
"The Chinese market is very very important (to Steinway). We entered China in 2004 and we hope one day China will become our biggest market," Ye expressed. 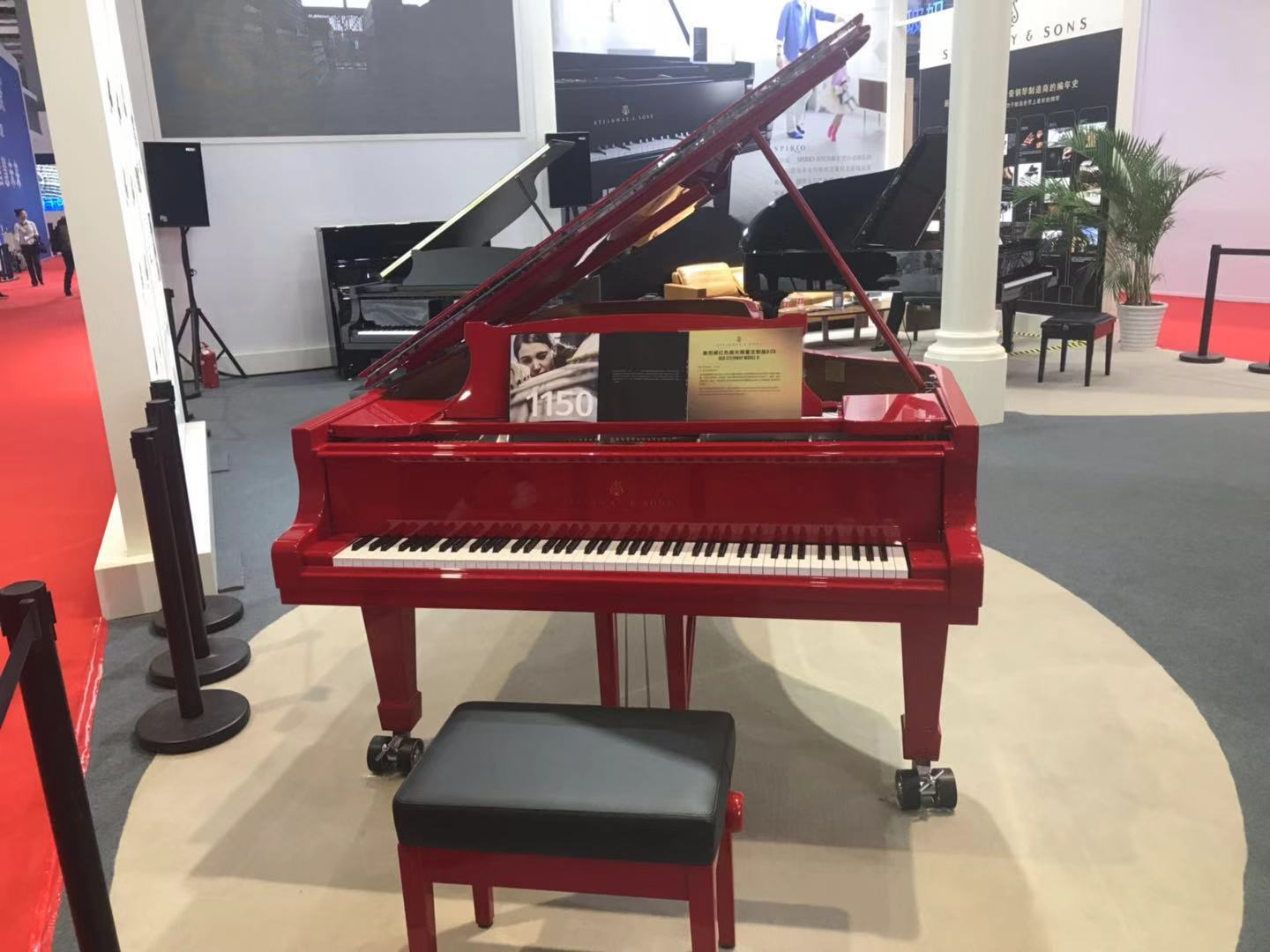 China is already the German-American company's second-largest market after the US. It has witnessed a double-digit growth for the past eight years, according to CEO Ron Losby, and estimates put its sales growth in the country between 30 to 40 percent in the next few years.
In a testament to the importance of the Chinese market, Steinway opened in March this year a new Asia-Pacific headquarters in Shanghai, their third-largest operation center after Hamburg and New York. It came on the heels of the establishment of Steinway Hall in Beijing in June 2017.
Made in Germany, for China
Of the more than 3,000 companies taking part in the six-day import-themed exhibition in Shanghai, Steinway is the only musical instrument manufacturer. While the 165-year-old brand is as famous as the piano itself, it still finds ample reasons to feature its range of grands and uprights.
"We are honored to be here because the CIIE represents the highest quality of national-level expo," said Ye, adding, "We want to show Steinway products and culture not just to Chinese people, but also the world through the CIIE platform."
As Chinese people's musical interest picks up amid increased brand awareness, the market itself is undergoing major shifts. China, once seen as an exporter of low-quality cheap pianos, is now turning to import high-quality instruments as tastes mature and appreciation to music becomes more sophisticated.
In 2005, 69 percent of the revenue in the musical instrument market in China was generated by exports. This year, IBISWorld forecast it will slip to 20.3 percent with a projected annual decrease of 2.2 percent over the next five years – a shift that hits the right note for foreign brands like Steinway.
(Videographer: Liu Chen, Zhang Xiaohe; Video Editor: Qi Jianqiang)