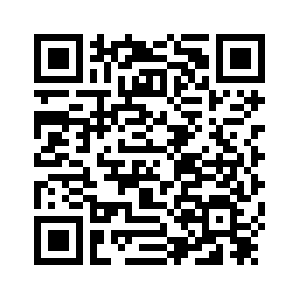 A BBC producer has dropped a bombshell by asserting that video footage of last year's chemical weapons attack in the Syrian city of Douma was staged.
The claims have sparked serious questions over whether the British broadcaster colluded in spreading a "manufactured" narrative against the Syrian government as part of what critics allege was a deliberate Western mainstream media campaign to trigger and justify the subsequent U.S.-led military action against Syria.
BBC Syria producer Riam Dalati on Wednesday claimed in a series of Twitter posts that the video footage, aired by BBC, showing people being treated after the alleged April 7, 2018, chemical weapons attack in Douma was staged. He arrived at the conclusion after six months of investigations. The BBC later said that the journalist "was expressing his own opinion."

Dalati also identified one of those filming the scene as a doctor affiliated with the Islamist Syrian rebel group Jaysh al-Islam, or the Army of Islam, which was fighting the Syrian government of President Bashar al-Assad.

The BBC journalist noted that no fatalities were reported from the Douma hospital while confirming that an attack had taken place but there was no evidence that the deadly chemical sarin was used in that attack as was widely reported by BBC and other mainstream Western media.
Dalati claimed this while citing a recent analytical piece titled "What happened in Douma? Searching for facts in the fog of Syria's propaganda war" authored by James Harkin, a fellow of Harvard's Shorenstein Center.
"Beyond the war in Syria, the cloud of misinformation that enveloped the attack in Douma stands as a cautionary tale. In the era of 'fake news', it is a case study in the choreography of our new propaganda wars," wrote Harkin in his piece published by The Intercept online journal.
Referring to Harkin's piece, the BBC producer tweeted:
Truth is @James__Harkin got the basics right in terms of #Douma's "propaganda" value. The ATTACK DID HAPPEN, sarin wasn't used, but we'll have to wait for @OPCW to prove chlorine or otherwise. However, everything else around the attack was manufactured for maximum effect.
-  Riam Dalati (@Dalatrm)
CGTN had reported last year how Dalati had, in fact, tweeted suspicion about the Douma attack just days after the incident last April, saying he was "sick and tired" of "scenes" in Syria that were "staged" for Western consumption. 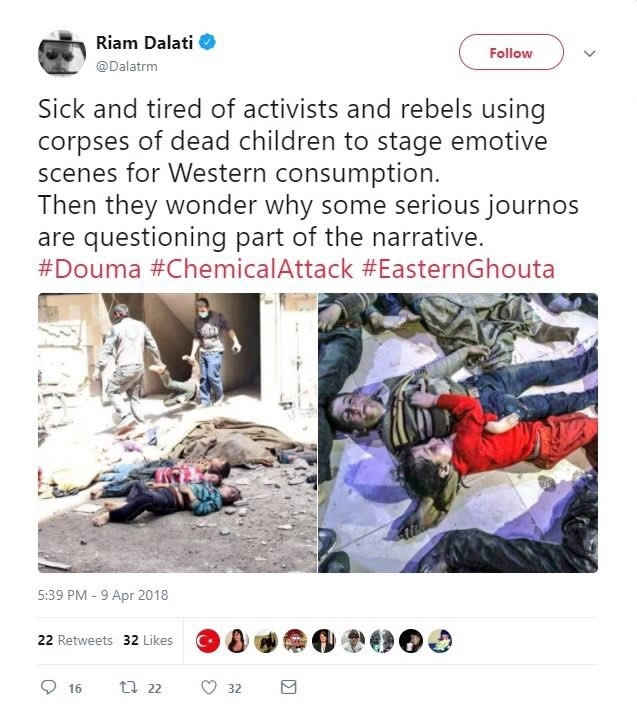 Analysis: The rationale behind Trump's Syria missile threat
However, the BBC journalist subsequently deleted that tweet citing a breach of editorial policy.
The British broadcaster later on Thursday, speaking to Russia's Sputnik news, dismissed Dalati's latest tweets as his "personal opinions."
"The producer was expressing his personal opinions about some of the video footage that emerged after the attack but has not claimed that the attack did not happen," the BBC spokesperson told Sputnik.

'Theater of the absurd' 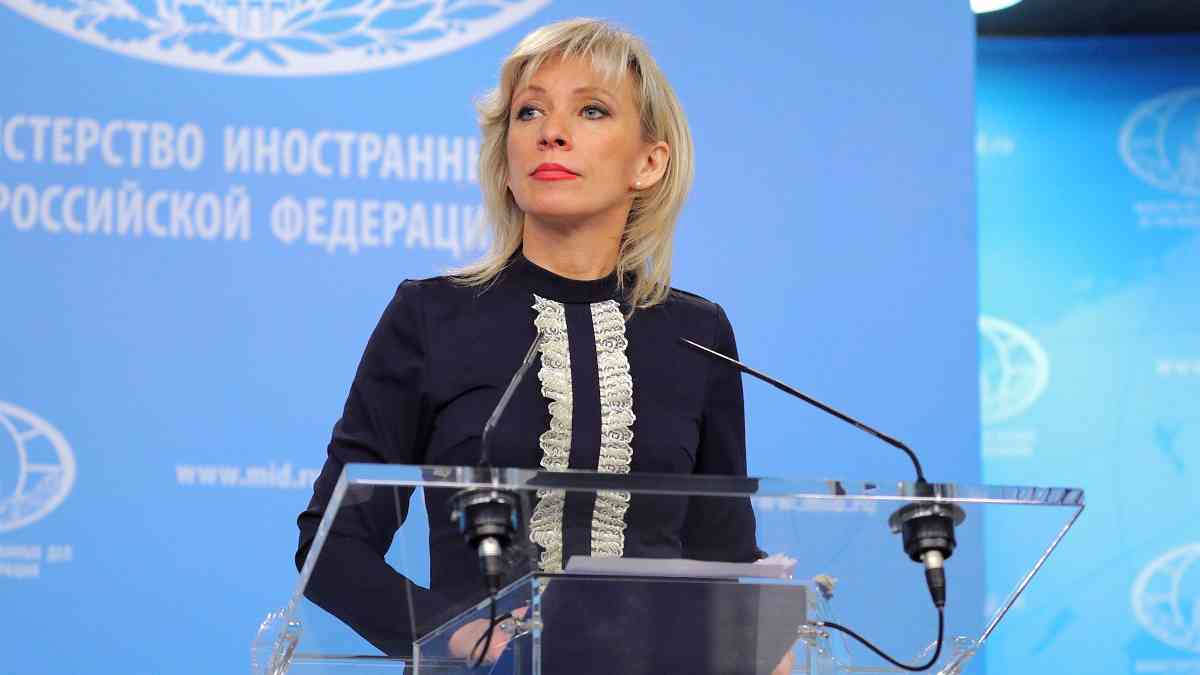 Analysis: Is Russia the biggest winner of Trump's Syria pullout?
Russia, which has maintained that the Douma incident was a "false flag" attack to trigger the subsequent U.S.-led military attack, was prompt to declare Dalati's revelations as a proof that BBC and Western media's coverage of events in Syria is akin to the "theater of the absurd."
"Over the past few years, and not just in Syria, we have been witness to a travesty being staged by the West and its media agencies, which on [the one] hand brags about brilliant democratic goals and support for civilians of a sovereign state, but on the other does not… give a damn about… international law, various forms of freedom and rights of a nation or a certain minority," said Maria Zakharova, the spokesperson for the Russian Foreign Ministry.
"The culmination of this theater of the absurd may be a statement by a BBC producer, who confirmed based on his own research that the footage [in Douma] had been staged with the direct participation of White Helmets," she added.
Both Russia and Syria have maintained that the Douma attack could have been faked with reports claiming White Helmets, a controversial civil defense voluntary group with close ties to the Syrian rebel groups might have "staged" it to trigger a U.S. military reaction.
Blaming Assad's government for the Douma attack, the U.S., Britain and France carried out a string of airstrikes against Syria on April 14, 2018 – a week after the claimed chemical attack.
Zakarova on Thursday demanded a better explanation from BBC over the "staged" footage, alleging that the broadcaster had actively covered the events in favor of the U.S.-led coalition purportedly fighting the Islamic State (ISIL) and other extremist groups. 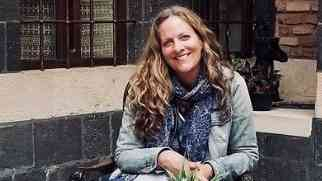 British blogger and journalist Vanessa Beeley, who has constantly documented the links between the White Helmets and Syrian extremist groups while reporting on the Syrian crisis from the ground for the last few years, said Dalati's revelations "raises huge questions" over the mainstream Syria narrative.
"So, fundamentally what these mainstream outlets do is put out a narrative which, as I've pointed out, effectively manufactured consent for the unlawful bombing of a sovereign nation, Syria, by the U.S., France and the UK post-the Douma alleged attack," Beeley told the Sputnik.
"But these storylines and these narratives are never retracted; so it remains to be seen whether the BBC will apologize to Syria for having manufactured the consent for the bombing, and whether Riam Dalati and the BBC will apologize to academics and to independent journalists that they smeared at the time for arriving at the same conclusion they've now arrived at," she remarked.
Other observers such as former British army officer, Scotland Yard detective and counter-terrorism intelligence officer, Charles Shoebridge, agreed that Dalati has raised "legitimate questions." 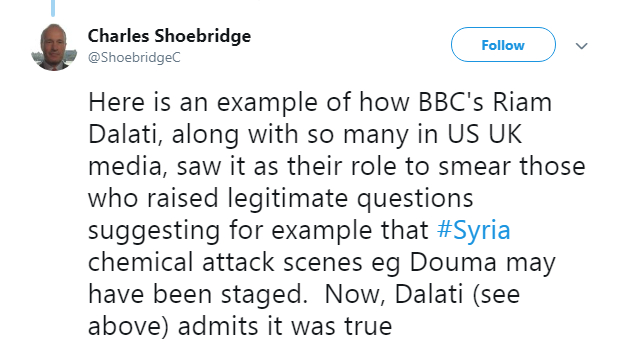 Analysis: Will war-ravaged Syria be rebuilt with non-Western aid?
Beeley questioned the Western media for not retracting false news on Syria despite agencies such as the UN's chemical watchdog presenting a different picture altogether. As an example, she pointed out that even after a report by the Organisation for the Prohibition of Chemical Weapons (OPCW) has negated the use of sarin in Douma attack, Western media continue to report otherwise.
"And I've just checked, for example, the Telegraph, on its timeline of chemical weapon attacks or alleged chemical weapon attacks inside Syria, it's still stating that it is alleged that sarin was used in Douma. So, that is still standing on the Telegraph website," Beeley said, adding that the OPCW report has largely discredited the alleged chemical attack in Douma.
Besides ruling out the use of sarin, the OPCW report "has told us that no organic phosphates were used, there is still an element of doubt over whether chlorine was used," she elaborated.
Beeley is now waiting for Dalati to reveal his full investigation to see what impact it would eventually have on BBC's coverage of Syria.
"He's told us on Twitter that he's been looking into this for six months and he'll be providing further details soon. So we should be waiting to see whether the BBC will retract its previous statements," she said.
"I mean it put out a very misleading report even on the use of chlorine after the release of the OPCW interim report. It basically stated on its leading report that chlorine had been used, it later changed that but it didn't retract its storyline," she added. 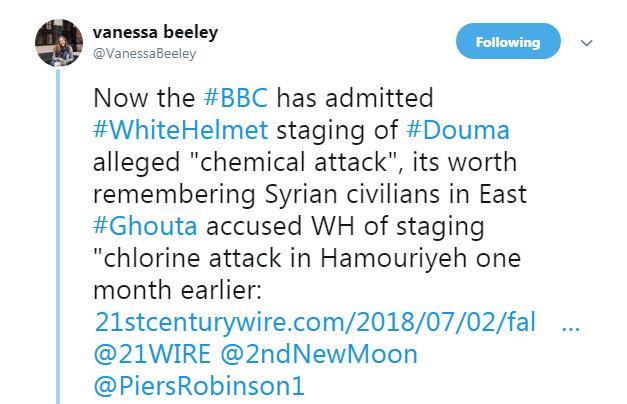 Related story: Syria strikes: Did Trump, May and Macron just commit a ‘reckless' war crime?
Questioning the legality of the U.S.-led military action based on a "manufactured" narrative, Beeley called for an investigation in media's role in enabling this "unlawful act."
"The very fact that France, the UK and the U.S. went ahead and bombed Syria [in] an extensive bombing operation that targeted alleged chemical weapons manufacturing facilities that were proven afterward and also reported by OPCW to not be chemical weapons manufacturing facilities, brings into question the legality of that attack," she argued.
"It brings into question the legality of the entire regime change war that has been waged against Syria since 2011, of course, instigated by those same nations that bombed after Douma," she added.
The British journalist stressed that the military operation was based "entirely on what is now proven or thought to be spurious information from groups like the White Helmets," which she claimed are being funded by the nations that carried out the bombing attack.
"I mean, this is an extraordinary event; this basically means that the U.S., the UK and France have completely violated international law time and again inside Syria and this must be brought into the light, it must be investigated. And the media's role in enabling this unlawful act must also be investigated," she demanded.
6929km