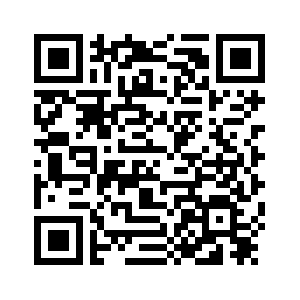 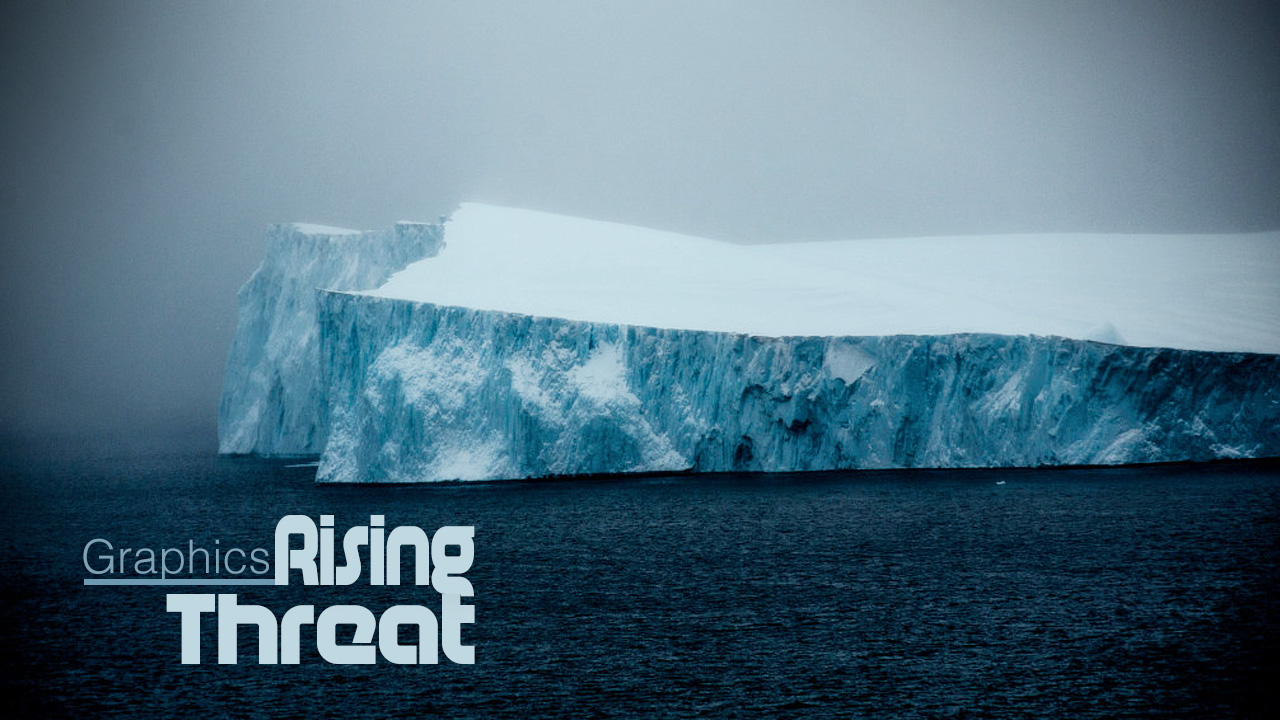 The global average sea level rise between 1901 and 2010 was 1.7 mm per year, according to the Intergovernmental Panel on Climate Change (IPCC). It is 3.3 mm per year from 1993 to present, NASA's satellite record shows.

Recent studies said that in a worst-case scenario, sea levels could rise by two meters by the end of this century – that would be enough to flood China's megacity Shanghai. 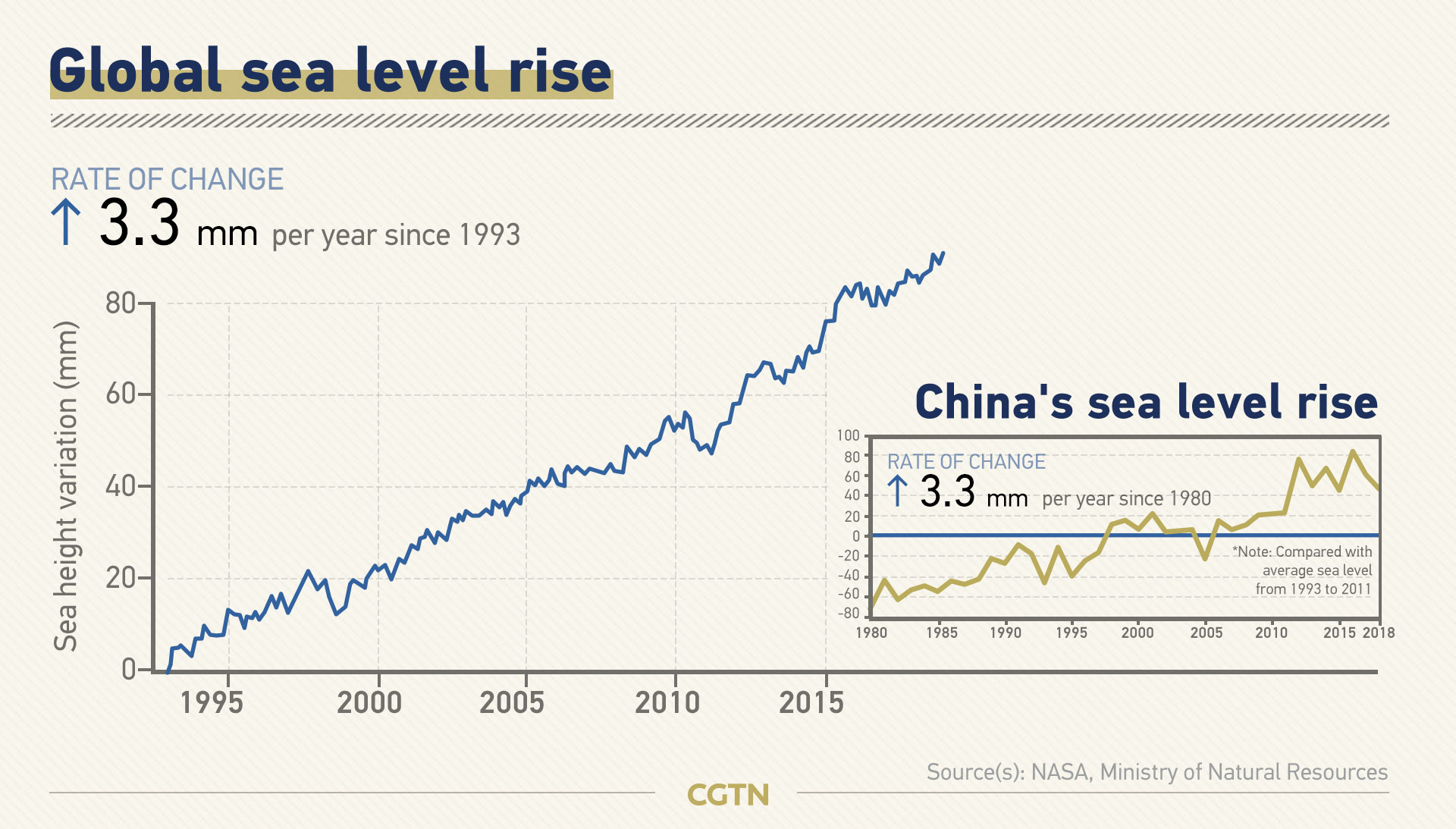 Last month Indonesia made a stunning announcement that it will relocate its capital from low-lying Jakarta, a city vulnerable to flooding due to sinking land and rising seas. This could be a wake-up call for the world's major coastal cities.

China is one of the countries that suffer the most from oceanic disasters. About 126,000 square kilometers of its coastal area is below the 10-meter sea level, meaning it has the world's largest population living at low altitudes.

In recent years sea levels in China have been relatively high, authorities said. It can lead to more powerful storm surges, a damaging coastal hazard that accounts for over 90 percent of China's economic loss from oceanic disasters. 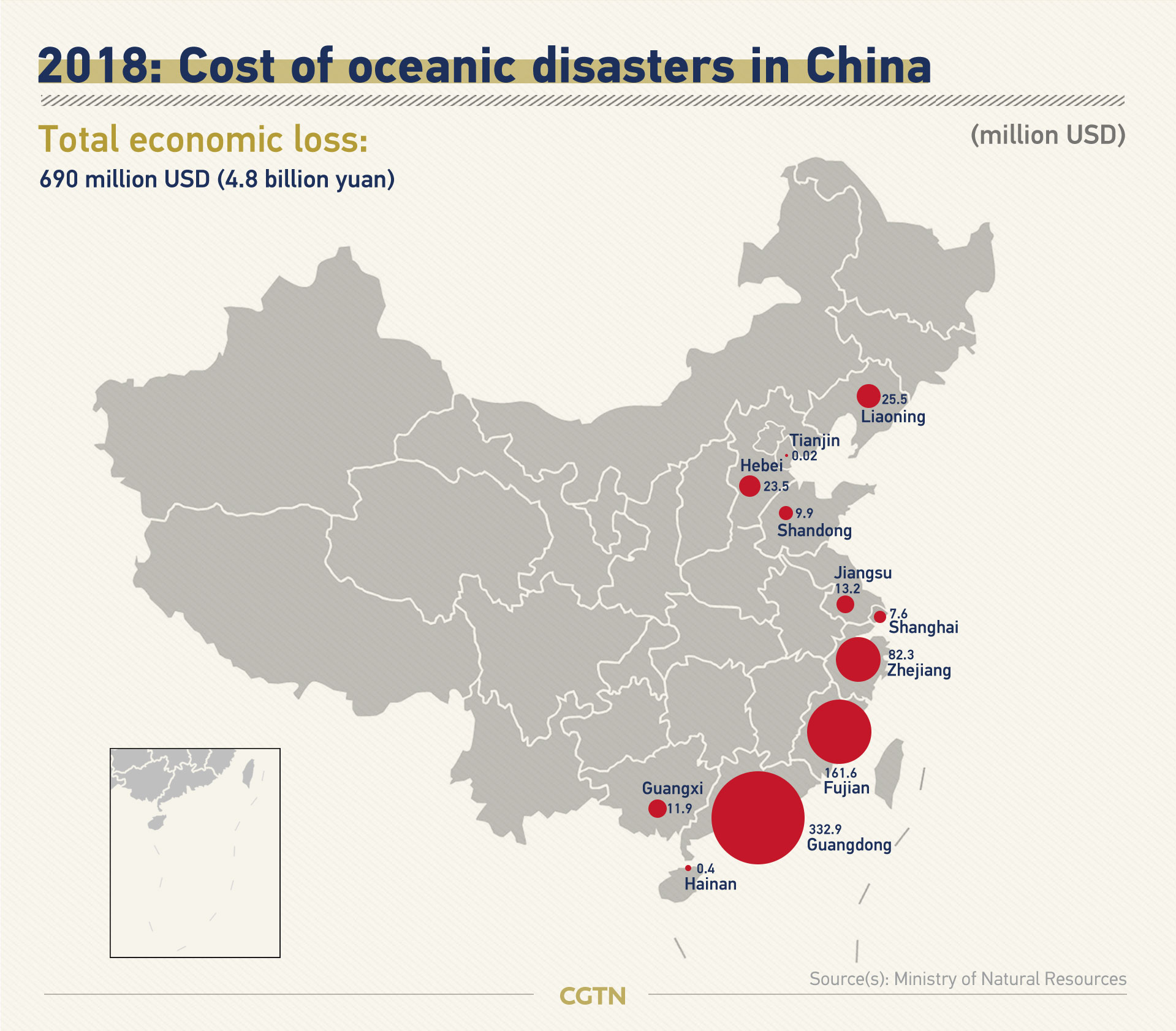 In fact, China may have the most to lose from rising sea levels in the long term.

Sixty-four million Chinese people will be flooded by swelling seawaters if average global temperatures rise by two degrees Celsius, according to Climate Central studies. And a four-degree warming could lock in about 8.9 m of long-term global sea level rise, enough to submerge land inhabited by 145 million Chinese.

The low-lying megacity Shanghai is, in population terms, the world's most at risk from rising waters. 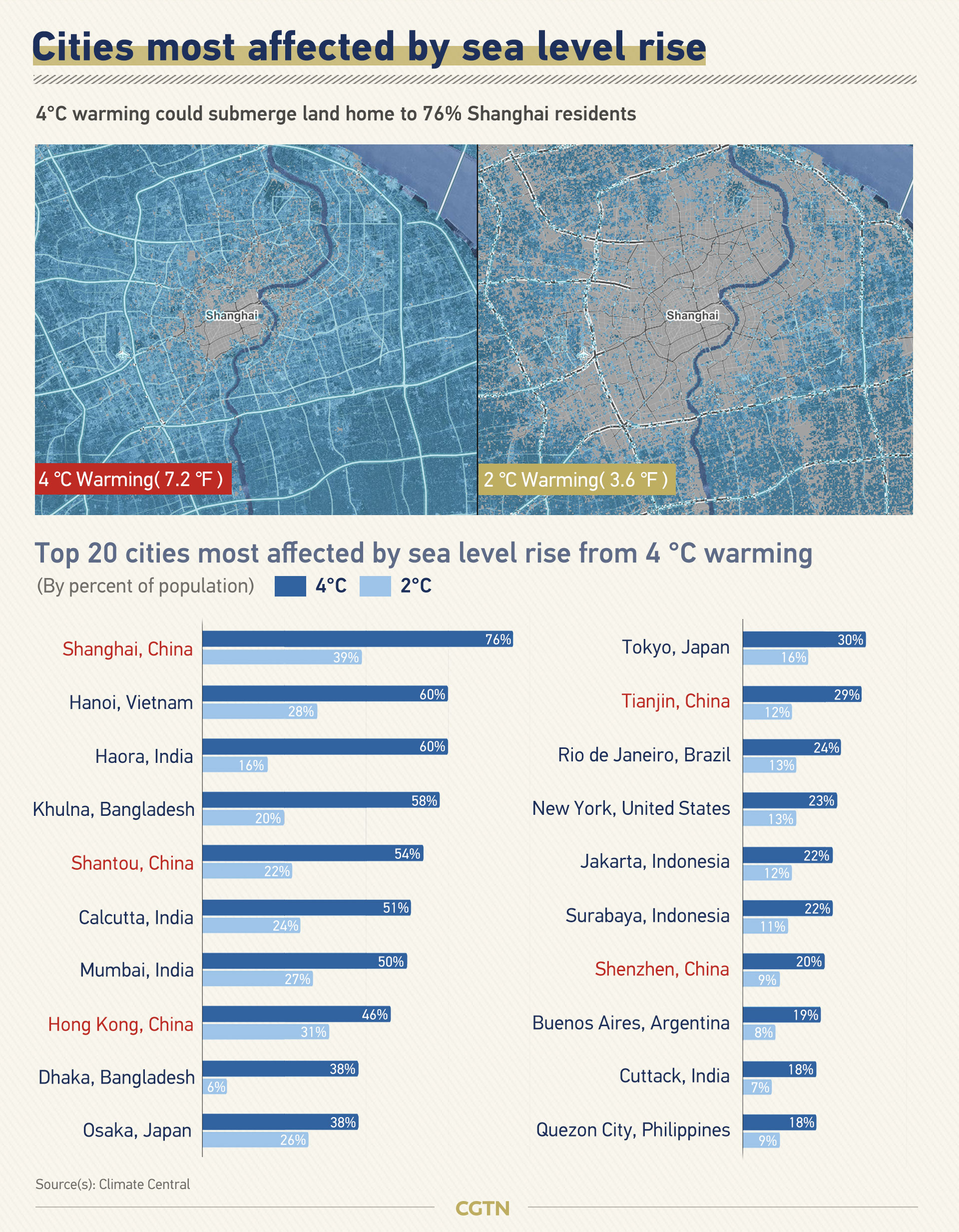 Chinese authorities vowed to intensify scientific investigation and monitoring, strengthen ecological protection and restoration, and optimize land space planning and use to handle the impact of rising seawaters.

Around the globe, many coastal cities are planning adaptation measures such as building seawalls, rethinking roads and drainage systems, planting water-absorbing vegetation, or even relocating people to higher ground.

The acceleration of sea level rise is due mostly to human-caused global warming, which is driving thermal expansion of seawater and the melting of land-based ice sheets and glaciers.

The world's two largest ice sheets, Greenland and Antarctica, have been losing mass since 2002. They have seen an acceleration of ice mass loss since 2009, according to NASA. 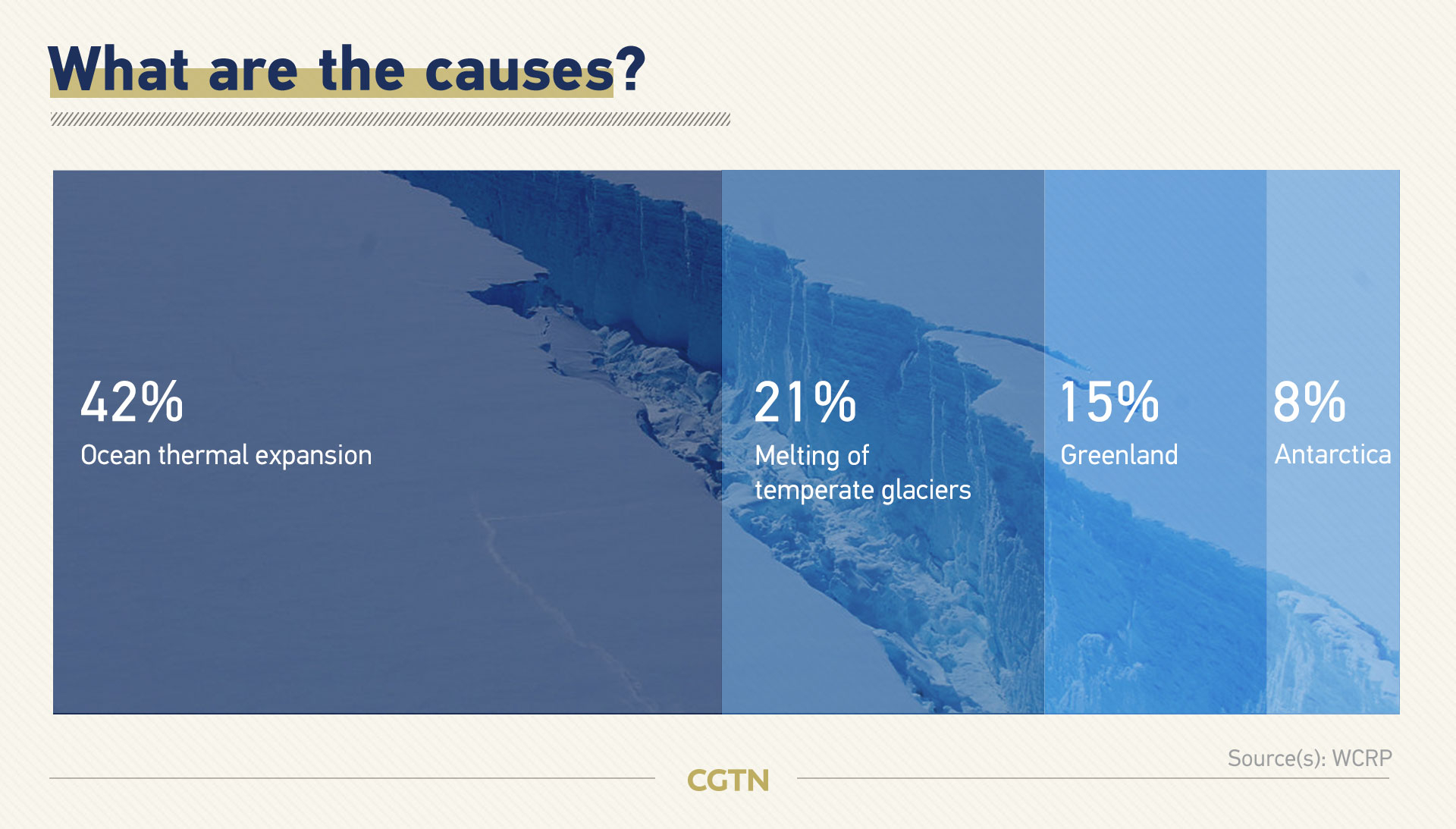 If the ice sheet covering Greenland was to melt completely, sea levels would rise by seven meters. Antarctica has the potential to contribute more than a meter of sea-level rise by 2100 if carbon emissions remain unchecked.

Countries adopted the Paris Agreement in 2015 to strengthen global response to the threat of climate change.

China was among the first to sign the deal and became the most significant participant after the United States pulled out in 2017.

China met its 2020 carbon intensity target three years ahead of schedule, and plans to further bring down the figure by 60 to 65 percent as well as increase the ratio of non-fossil fuel to 20 percent by 2030.

Despite difficulties, China will continue to play a leading role in global efforts and deliver its promises 100 percent, China's Special Representative on Climate Change Xie Zhenhua said Monday in Hangzhou.