The United States and Qatar signed an agreement on combating terrorism and its financing during a visit to Doha by US Secretary of State Rex Tillerson, his senior adviser R.C. Hammond told reporters.

"Qatar and the United States have signed a memorandum of understanding (MoU) between the two countries outlining future efforts Qatar can take to fortify its fight against terrorism and actively address terrorism funding issues," he said.

"This is a hopeful step forward," Hammond added. 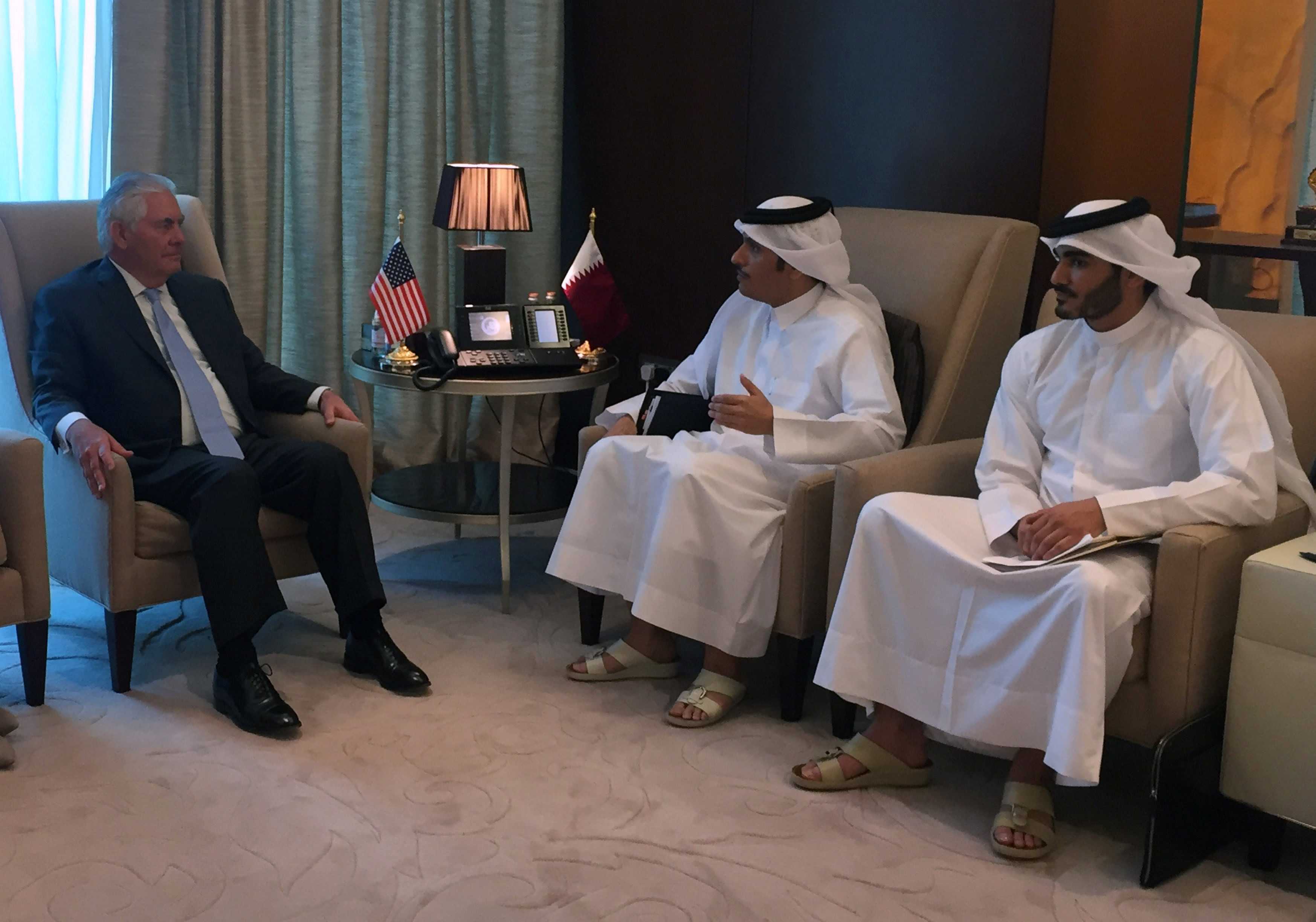 Tillerson and Qatari Foreign Minister Sheikh Mohammed bin Abdulrahman Al-Thani made the announcement at a joint news conference in Doha on Tuesday.

The agreement is signed at a time when the country is facing sanctions from neighboring countries which accuse it of supporting terrorism.

However, the Qatari foreign minister said the MoU has nothing to do with the current dispute, according to Al Jazeera.

Tillerson traveled to Kuwait on Monday where he met with senior Kuwaiti officials to discuss ongoing efforts to resolve the Gulf crisis. He is in Doha, Qatar on Tuesday and will travel to Jeddah, Saudi Arabia on Wednesday to meet with senior officials.