The four Arab states leading the ongoing boycott against Qatar said late on Thursday that Doha's refusal of their demands to resolve a Gulf diplomatic crisis is proof of its links to terror groups and that they would enact new measures against it.

The Qatari government sabotaged diplomatic efforts to solve the rift, the four states said, and its refusal affirmed its continuing sabotage of the region's stability and security. 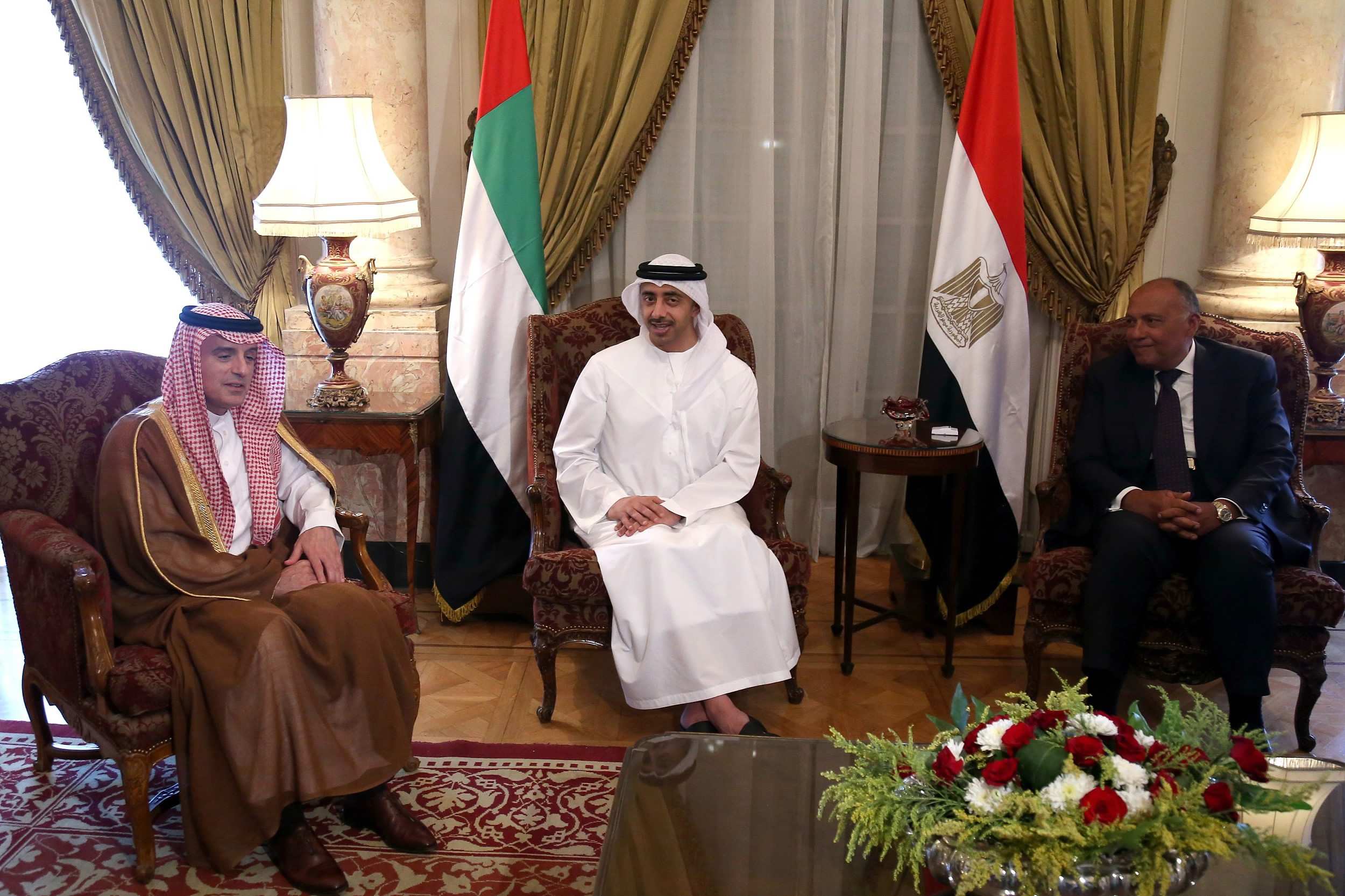 Foreign Ministers of the Saudi-led bloc gathered attending a meeting regarding Qatar crisis in Cairo, Egypt on July 05, 2017. /VCG Photo

Any measures taken by the four states would be aimed at the Qatari government but not its people, they said, without elaborating on when the new steps would be announced or what they would entail.

During a meeting in Cairo on Wednesday, Saudi Arabia and its allies threatened further punitive action against Qatar after the ultimatum they gave the small oil and gas-rich peninsula to respond to their list of demands ended.

Saudi foreign minister Adel al-Jubeir said further steps against Doha would be taken “at the appropriate time” as its response was "not serious."

In response, his Qatari counterpart, Mohammed bin Abdulrahman Al Thani, blasted the decision as a "clear aggression" against his country, noting that Qatar will continue to call for dialogue despite the quartet's violations of international laws and regulations.

Saudi Arabia and its allies cut diplomatic ties and closed transport links with the small peninsula in June, accusing Doha of supporting terrorism and disrupting the stability of the region.

A list of 13 demands, including shuttering down Al Jazeera network and cutting back ties with Iran, was produced by the four nations and presented to Qatar in return for lifting the restrictions.

Doha said the requirements are not "reasonable or actionable."

Gulf states to continue Qatar sanction due to 'negative' reply