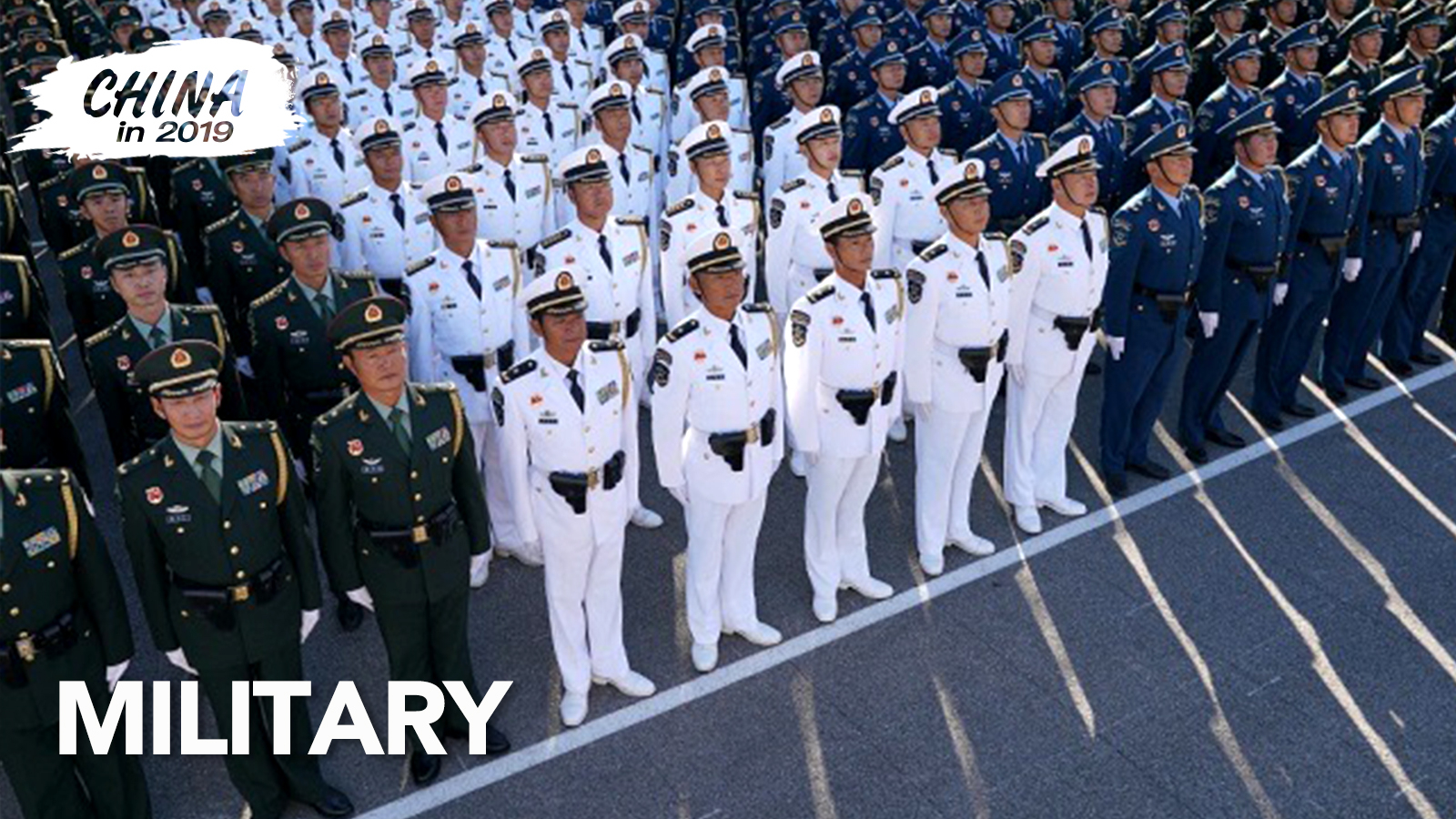 The Chinese People's Liberation Army and the People's Armed Police Force should always preserve their nature, purpose and character as the forces of the people, resolutely safeguard China's sovereignty, security, and development interests, and firmly uphold world peace.
-  Xi Jinping

2019 was a big year for the Chinese military, with a new national defense white paper released and the 70th anniversaries of the founding of the PLA Navy and Air Force celebrated.

The white paper is notable for what it represented in terms of the changes to the country's overall defense strategy and what remained consistent.

It highlighted that the country's defense spending is reasonable and appropriate. The percentage of the defense expenditure to total GDP has seen a huge drop over the past four decades – from 5.43 percent in 1979 to 1.26 percent in 2017. 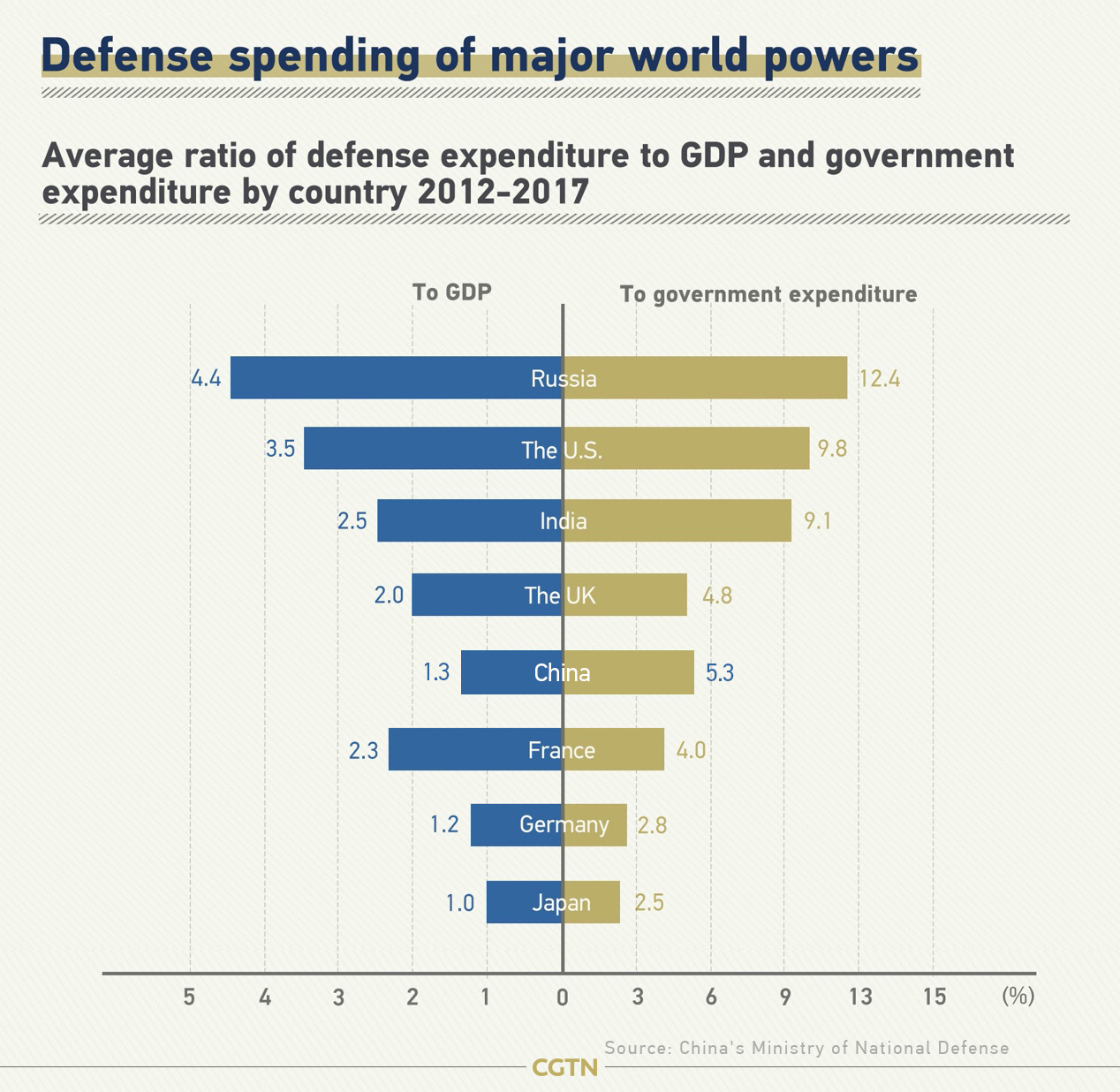 The white paper also revealed a picture of the reshuffled PLA forces and armed police.

To streamline the command process, four ground force departments have been integrated into a new PLA Army. The missile force was recommissioned as the PLA Rocket Force, elevating it to the equal footing with the Navy and Air Force. The seven military area commands have been reorganized into five new theater commands. 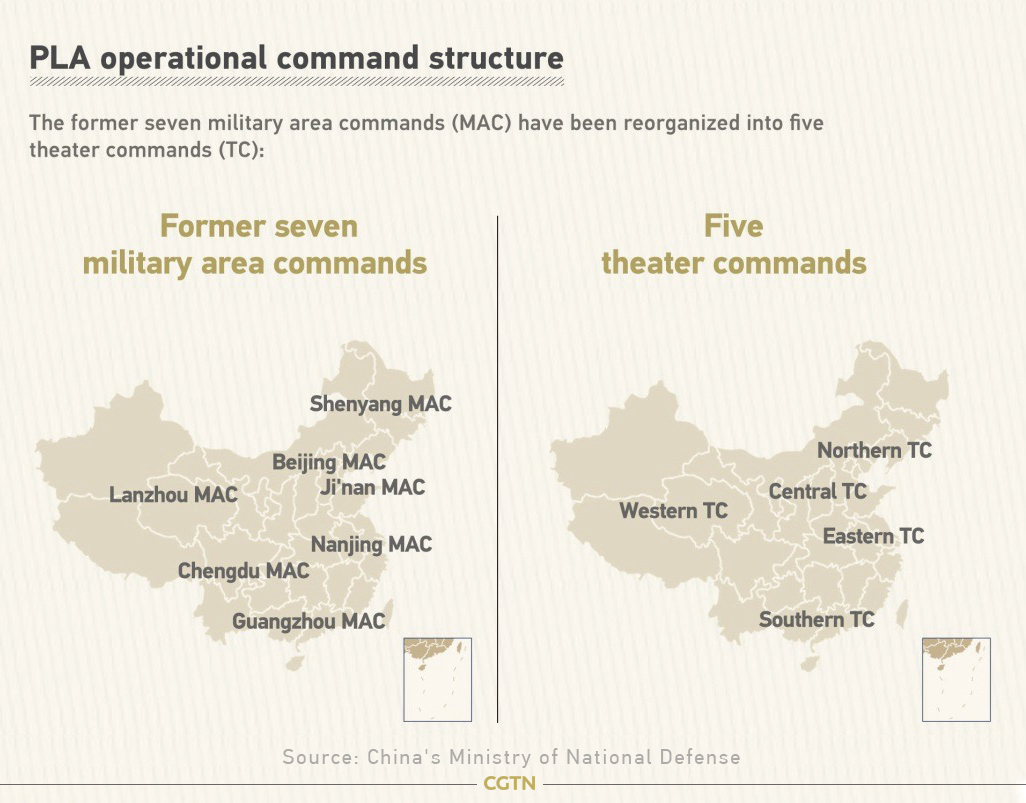 The reform mentioned in the white paper paved the way for the military to achieve their goals set in the 13th Five-Year Plan.

Xi said in March that the military must clearly understand the importance and urgency of implementing the plan, and give priority to necessities for military preparedness, crucial support for combat systems, and coordinated projects for the reform of national defense and armed forces. 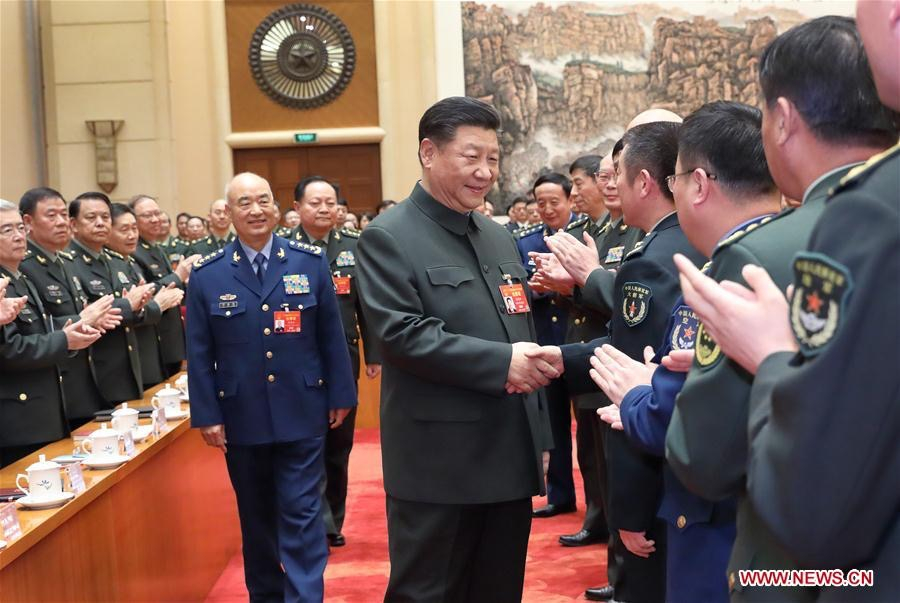 Chinese President Xi Jinping meets with deputies from the PLA and armed police before attending a plenary meeting in Beijing, capital of China, March 12, 2019. /Xinhua Photo

Chinese President Xi Jinping meets with deputies from the PLA and armed police before attending a plenary meeting in Beijing, capital of China, March 12, 2019. /Xinhua Photo

But a strong armed force alone is not enough. To protect the country, sophisticated weapons are also essential to enhance combat capability.

China's new Shandong aircraft carrier, named after the eastern province, was delivered to the Navy Force at a naval port in Sanya, south China's Hainan Province on December 17 and placed in active service.

Earlier in the year, a fleet review consisting of 32 Chinese warships and 39 naval aircraft including submarines, destroyers, frigates, landing warships and carrier fighters was held in waters off China's eastern port city of Qingdao to celebrate the 70th anniversary of the PLA Navy.

Read more: The PLA Navy in 60 seconds: The Surface Force

The PLA Navy in 60 seconds: The Submarine Force

Parade of the year

Seventy years on, the Chinese army has strengthened its technological base from aircraft carrier to intercontinental ballistic missiles, from fighter jets to strategic bombers.

The Chinese army has a long history of building licensed Soviet weapons. This led to wide speculation that China was not very capable of creating new military hardware.

But things have changed a lot in recent years, as China applied its innovation power to developing its arsenal and using technology from commercial companies. 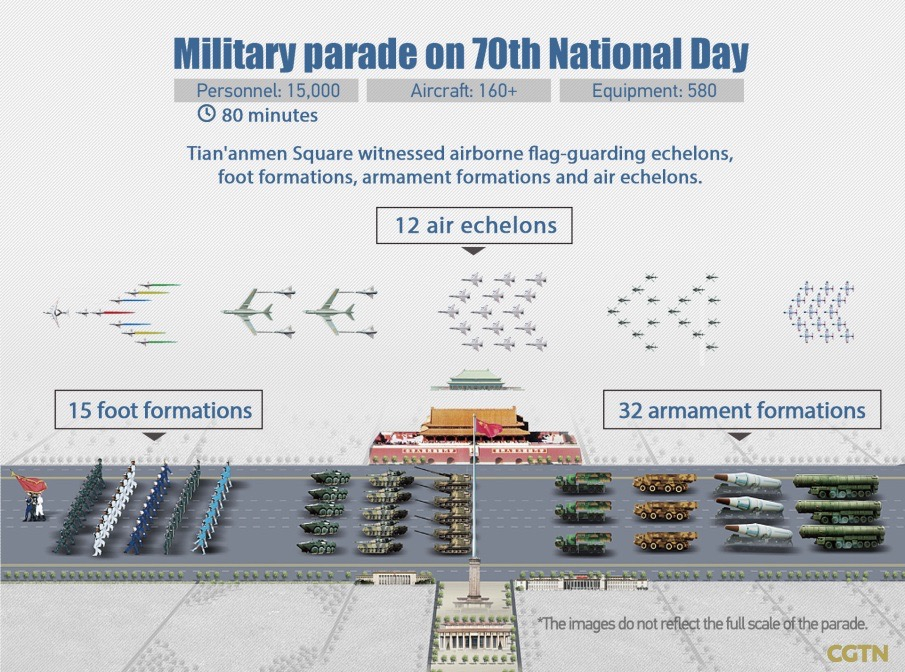 At the military parade during celebrations of the PRC's 70th founding anniversary, all showcased weapons were domestically made, making Chinese innovation a highlight of the event.

J-20 stealth fighters, which were on display at the parade, also took to the sky to celebrate the 70th anniversary of the PLA Air Force on October 19 in Changchun, northeast China.

The evolution of China's fighter jet, from subsonic speed to supersonic speed, from conventional aircraft to stealth fighters – can be seen as the epitome of military modernization. 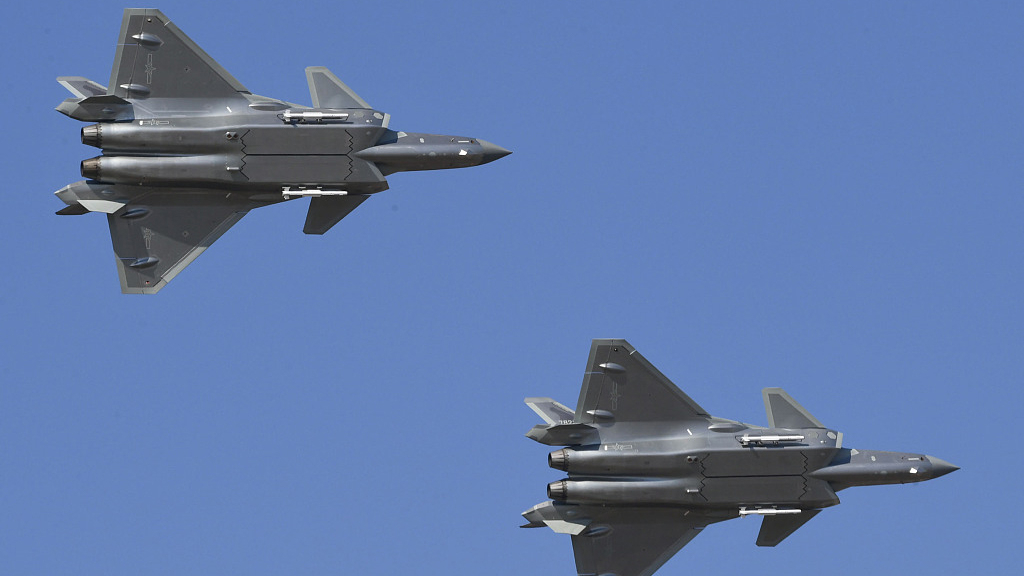 Given the considerable budget behind new technologies and systems for military use, it's necessary to optimize the results.

Beijing has advocated cooperation between military and civil sectors, and in February military trainer aircraft CJ-6 won approval for civilian use, marking the first successful transition in the aviation industry. Other military aircraft are also expected to tap market potential in industries including entertainment, agriculture, forestry and security. 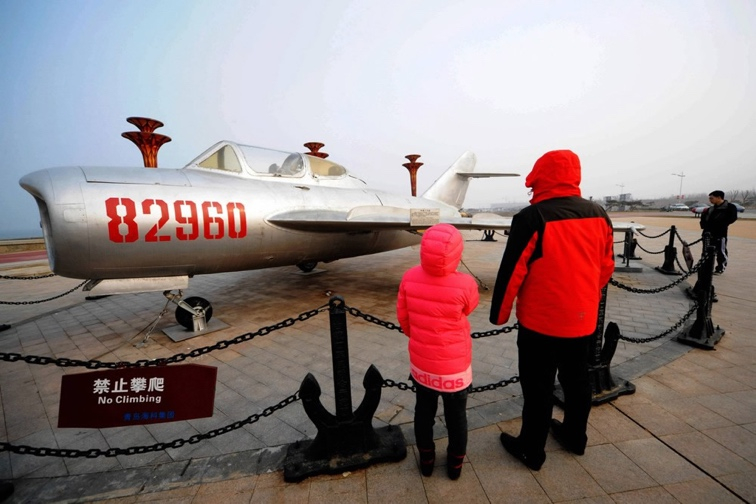 Peacekeeping around the world

As a major military power, the country has never forgotten its obligation which is to maintain the world peace.

Since 1990, over 22,000 Chinese military personnel have performed peacekeeping operations around the world. Over 2,500 Chinese peacekeepers are currently on duty in seven mission areas as well at the UN headquarters, making the country the largest contributor of UN peacekeepers among the five permanent members of the Security Council. 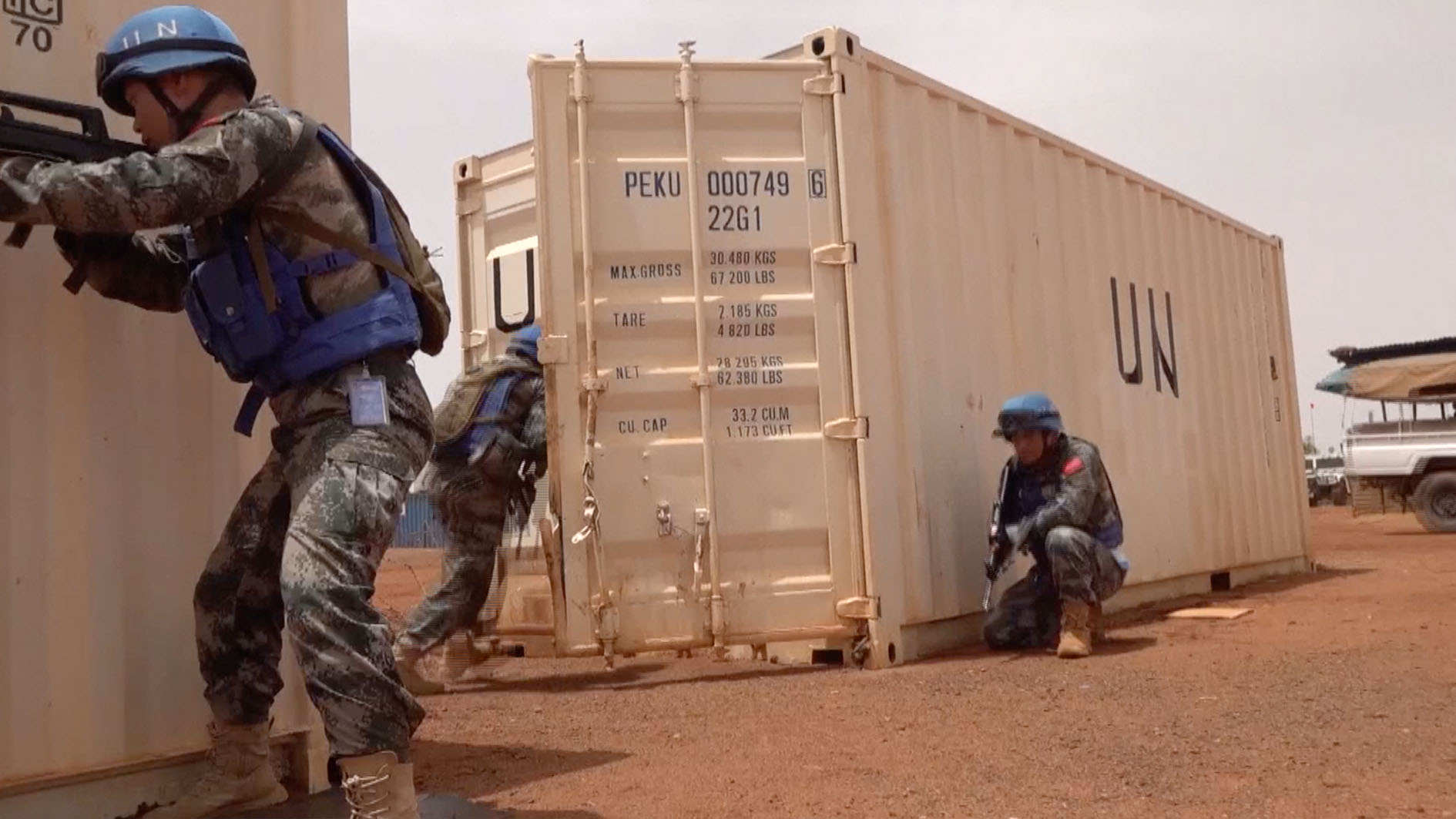