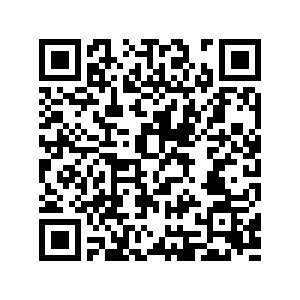 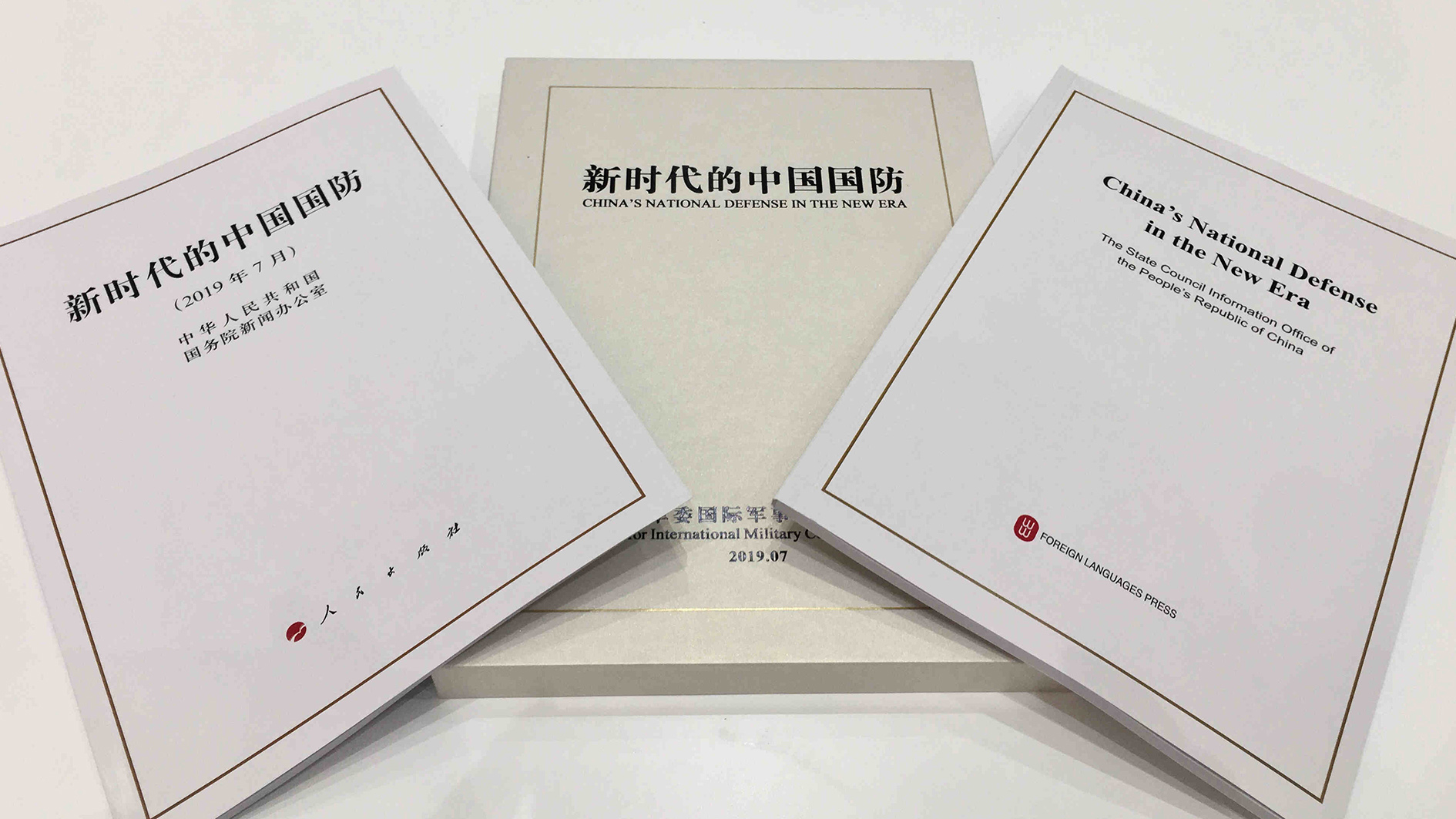 The white paper was notable for what it represented in terms of the changes to the country's overall defense strategy and what remained consistent.

It clearly stated that China adheres to a defensive national defense policy, and that China's military role has shifted toward safeguarding China's overseas interest and international peace.

China's military modernization is primary to safeguard its territory and sovereignty, the document said, dismissing the "China threat" allegation. The white paper also acknowledged China's need to protect its investment and citizens overseas in the new era.

Senior Colonel Zhou Bo, Director of the Center for International Security Cooperation of Defense Ministry, said China is not seeking dominance and instead contributing to world peace.

Apart from territory defense, the role of the Chinese army has expanded in the 21st century to safeguarding China's overseas interests and international peace. There are about 140 million Chinese people going abroad every year, plus the country's huge overseas investment, Zhou explained. 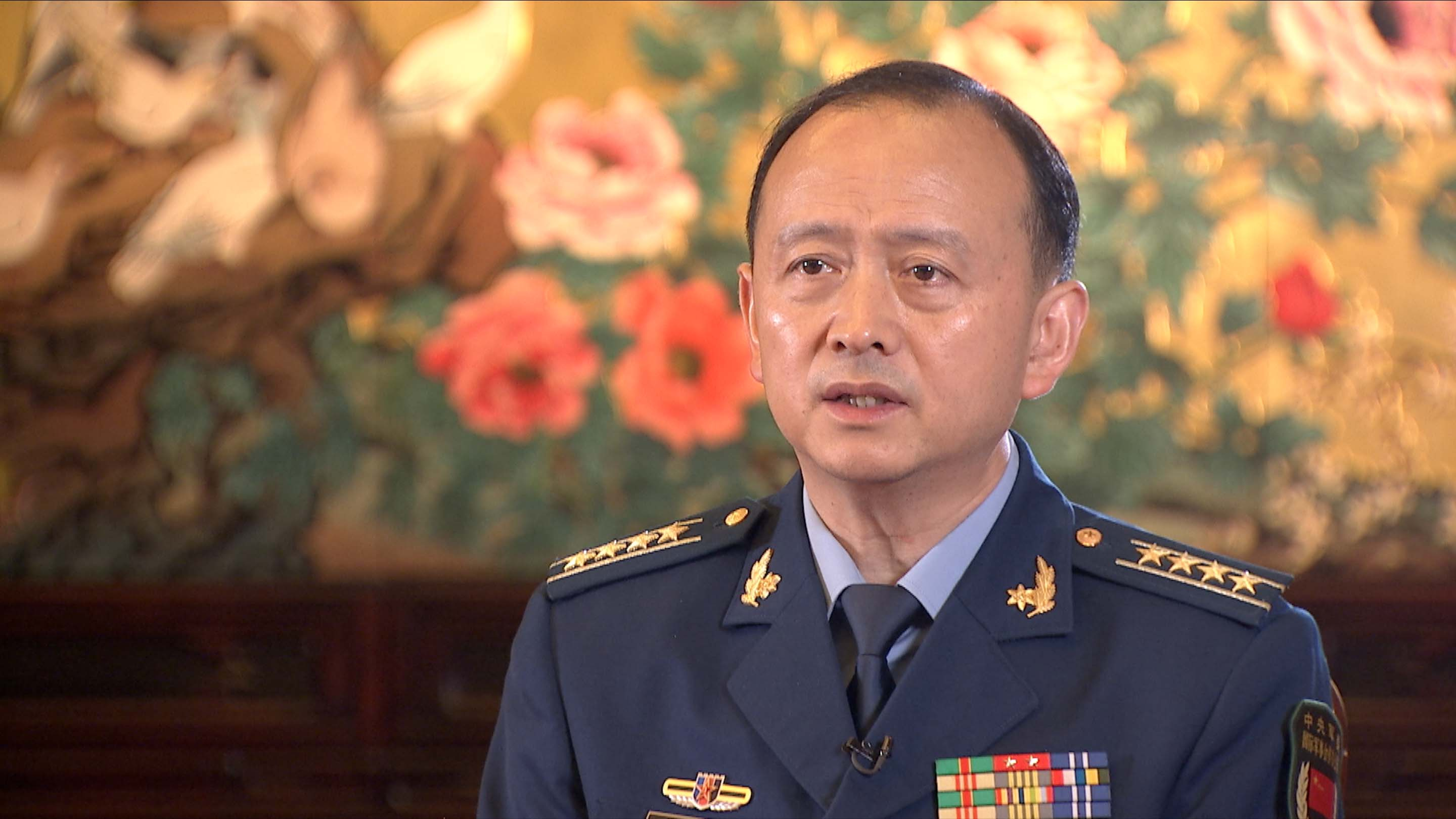 Zhou dismissed the allegation of "China threat," he said it's natural that a country would be seen as a threat when it gets stronger but China has never invaded, nor used forces against, any country. China doesn't send troops to fight against anybody, which is fundamentally different from the military roles of certain Western countries, Zhou noted.

The paper, titled "China's National Defense in the New Era", consisted of six sections that clarified China's efforts in building its national defense and military.

Wu Qian, the spokesperson for the Ministry of National Defense, said the white paper was issued in a profoundly and consistently changing international environment as far as the global and domestic uncertainties are concerned.

Wu told reporters that international strategic landscape is going through profound changes amid rising hegemonism, power politics and unilateralism, and the world's major powers, including the U.S., are engaging in tech innovation in intensifying global military competition. Meanwhile, China still faces a series of security risks including separatists in Taiwan, domestic terrorism and the South China Sea dispute, he added.

According to the white paper, China pursues a national defense policy that is defensive in nature, with its fundamental goal being resolutely safeguarding China's sovereignty, security and development interests.

"The distinctive feature of China's national defense in the new era is never seeking hegemony, expansion or spheres of influence," the document said.

The paper also highlighted China's national defense aims, which include opposing and containing "Taiwan independence," and cracking down on separatist movements such as "Tibet independence" and the creation of "East Turkistan."

Beijing also reiterated its stance toward nuclear weapons – "no first use" at any time and under any circumstances.

China advocates the ultimate complete prohibition and thorough destruction of nuclear weapons, the white paper stated, adding that the country will keep its nuclear capabilities at the minimum level required for national security.

"It's one of the PLA's missions to effectively protect the safety and rightful interests of overseas Chinese people and organizations," the white paper said.

It added that the protection of the land and sea of China is the mission that comes foremost, along with the safeguarding of the country's nuclear weapons, safety in space and cybersecurity.

Regarding the measures against terrorism and extremism, China's armed forces participate in operations for maintaining social order, prevent and combat violence and terrorism. 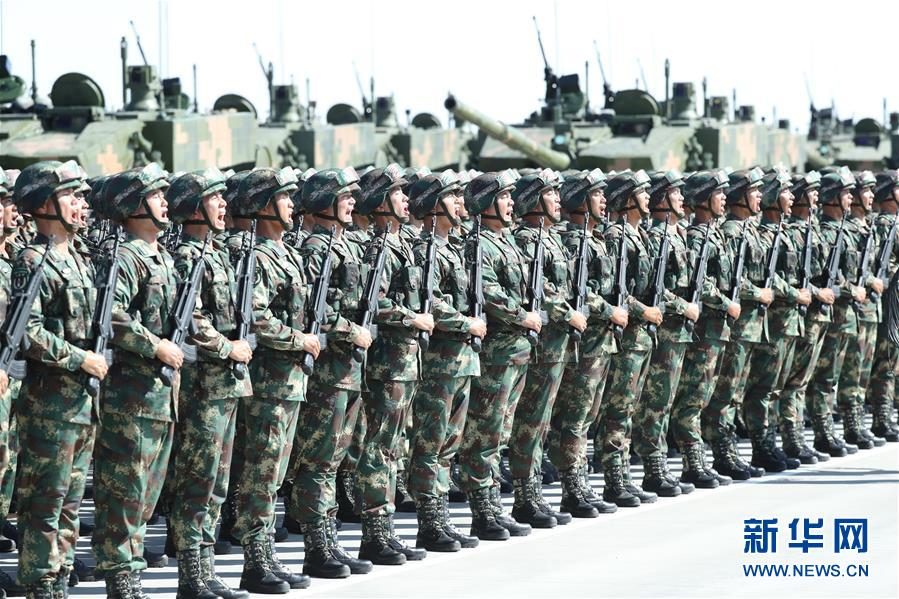 Soldiers stand in attention during a military parade at the Zhurihe Training Base in north China's Inner Mongolia Autonomous Region, July 30, 2017. /Xinhua Photo

Soldiers stand in attention during a military parade at the Zhurihe Training Base in north China's Inner Mongolia Autonomous Region, July 30, 2017. /Xinhua Photo

The white paper outlined some "historic" achievements of major organizational and structural reforms in the PLA in the past years.

Chinese military has reshaped the leadership and management system, optimized the scale, structure and forces composition, and reformed the military policies and institutions.

The paper demonstrated a comprehensive picture of the reshuffled PLA forces and armed police, their ideological and political, military theories, weaponry and equipment development, and the overall situation of national defense and military construction.

In 2017, China's defense expenditure was less than a quarter of that of the United States in terms of total spending, the document said.

The percentage of Beijing's defense expenditure to total GDP has experienced a significant drop over years – from 5.43 percent in 1979 to 1.26 percent in 2017.

But still, on the whole, defense spending has seen growth since 2012, due to factors such as regular growth in military salaries, increased input in weaponry development, deepened military reform, enhanced training and the diversification of military tasks like UN peacekeeping operations and disaster relief efforts.

China's armed forces are actively fulfilling their obligations of a major country and promoting international military cooperation to build a community with a shared future for mankind.

The country has always played a constructive role in political settlement of regional hotspots, such as issues regarding the Korean Peninsula, Iran, and Syria. China aims at building a new-model security partnership featuring equality, mutual trust and win-win cooperation, and is committed to dealing with territorial disputes properly.

As the major contributor to the UN peacekeeping efforts, China is also providing the world with a large scope of public security goods.