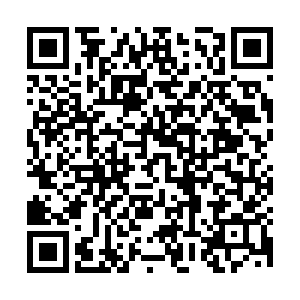 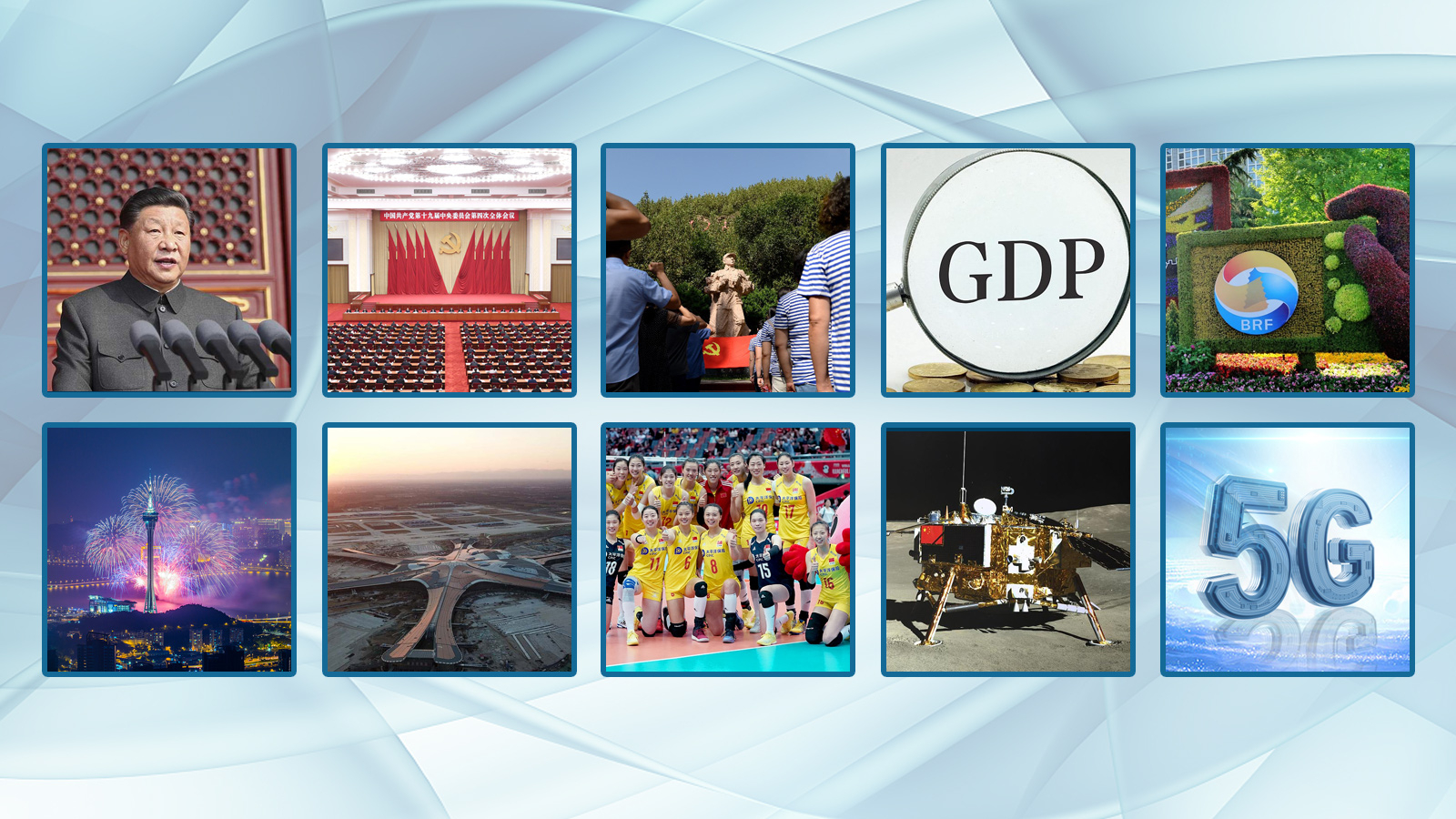 As 2019 draws to a close, we look back at the biggest news stories in China this year. At 70, the People's Republic of China (PRC) has come a long way in terms of improving its governance and people's livelihoods, while actively building a community with shared future for mankind. Here are China Media Group's (CMG) top 10 China stories of 2019.

The People's Republic of China marked the 70th anniversary of its founding on October 1. Chinese President Xi Jinping addressed the National Day parade at Tian'anmen Square, where more than 200,000 troops and civilians joined celebration activities in Beijing.

For the occasion, China also bestowed medals and honorary titles on outstanding individuals in a ceremony recognizing their contributions to the country.

The 19th Central Committee of the Communist Party of China (CPC) held the fourth plenary session from October 28-31 in Beijing. The plenum adopted the CPC Central Committee's decision on some major issues regarding how to uphold and improve the system of socialism with Chinese characteristics and advance the modernization of China's system of governance.

The session concluded with a communique, which highlights 13 notable strengths of China's system of governance and charts the course forward.

The Communist Party of China (CPC) Central Committee launched an education campaign from June to stress the Party's founding mission among its members.

During a meeting to launch the campaign, Xi Jinping, general secretary of the CPC Central Committee, reiterated the Party's original aspiration and mission to seek happiness for the Chinese people and rejuvenation for the Chinese nation.

Facing the downward pressure from the global economic slowdown, China has maintained a GDP growth between six and 6.5 percent in 2019, one of the fastest among major economies.

The country entered the final phase of its campaign to end poverty in the country in 2020. This year saw 10 million Chinese people shaking off poverty and 340 impoverished counties removed from the poverty list.

Meanwhile, through regional development strategies and further opening up, the upgrading of China's economy has sped up as the country switches gear to promote quality growth. The country's business environment continues to improve with the passing of the Foreign Investment Law and establishment of six new free-trade zones this year.

With its commitment to upholding international order and building a community of shared future for mankind, China broke new ground on the diplomatic front in 2019. At home, the country hosted the second Belt and Road Forum for International Cooperation (BRF), the 2019 International Horticultural Exhibition, the Conference on Dialogue of Asian Civilizations (CDAC) in Beijing and the second China International Import Expo (CIIE) in Shanghai, taking up greater responsibility in global governance.

On December 20, Macao Special Administrative Region (SAR) celebrated the 20-year anniversary of its return to the motherland. In his speech at a gathering to mark the occasion, Chinese President Xi Jinping hailed patriotism as the reason for Macao's success in its practice of the "One Country, Two Systems" principle.

Over the past two decades, the SAR's economy has grown to its historical best to be the world's second richest by GDP per capita, a testament to the successful practice of "One Country, Two Systems."

The Chinese women's volleyball team claimed an early victory over Serbia on September 28 to secure their 5th title in the FIVB Women's World Cup in Osaka, Japan, before finishing the tournament with 11 consecutive wins.

For the first time in human history, China's Chang'e-4 probe successfully landed on the far side of the Moon at 10:26 a.m. on January 3. It is the first-ever soft landing by a spacecraft on the uncharted area.

At 11:40 a.m., the lunar probe sent back the world's first close-up of the Moon's far side via a relay satellite, a milestone in human exploration of space.

On June 6, China's Ministry of Industry and Information Technology (MIIT) issued 5G licenses for commercial use, marking China's official entry into the 5G era. Currently, China has more than 130,000 5G base stations in operation, with more than 10 million subscriptions to 5G services from the country's three major telecom providers.

The much-anticipated technology will greatly enhance the speed, coverage and responsiveness of wireless networks and thus accelerate the all-round transformation of the digital economy and public services.