China's inflation up 4.5% in December, flattening due to falling pork prices
CGTN 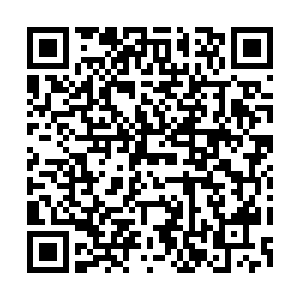 The National Bureau of Statistics (NBS), which released the consumer price index (CPI) on Thursday, said the flattening inflation growth was a result of falling food prices, particularly pork prices.

Pork prices rose by 97 percent year on year in December, contributing to 2.34-percentage-point increase of the CPI, but slowing from the 110.2-percent growth in November, according to the NBS.

The country's pork prices soared in 2019 due to a sweeping African swine fever. Thanks to the recovery of pig farm operations, growing imports of pork, and the government's releases of pork reserves, the prices have been recovering, the NBS said in a statement.

Vegetable prices increased to 10.8 percent from 3.9 percent the previous month, resulting in a 0.26-percentage-point increase of the CPI, according to Shen Yun, a senior statistician from the NBS.

The December CPI figure was below an analyst poll by Bloomberg, which forecast a 4.7-percent growth.

China's CPI in November surged by 4.5 percent year on year, the highest since January 2012.

For the whole year, the CPI rose by 2.9 percent year on year, within the government target of three percent. This increase was the highest since 2011 when the index stood at 5.4 percent.

The producer price index (PPI), which measures costs for goods at the factory gate, dropped by 0.5 percent year on year in December, registering a slower pace of decline.

The PPI, whose decline narrowed by 0.9 percentage points than that of last month, was better than analysts' forecasts of minus 1.4 percent.

The price of production goods decreased by 1.2 percent year on year, resulting in a 0.87-percentage-point drop of the PPI.