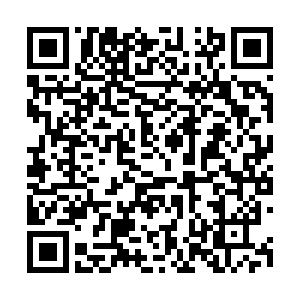 Speaking of China's southern province of Guangdong, also known as Canton, most Chinese people would relate to the following pictures of gourmet food. As one of the four major cuisines of China, the Guangdong cuisine is probably the most famous thing in Guangdong.

The stereotype of the Cantonese people is being "foodies," which they proudly accept. However, this subtropical province is not only rich with gourmet food, but also geological wonders. With a coastline of more than 4,100 kilometers, Guangdong has the longest coastline in the country. This mountainous region is home to many spectacular landforms. The Danxia landform, named after Mount Danxia in Guangdong's Shaoguan City, is one of the unique geological spectacles here. 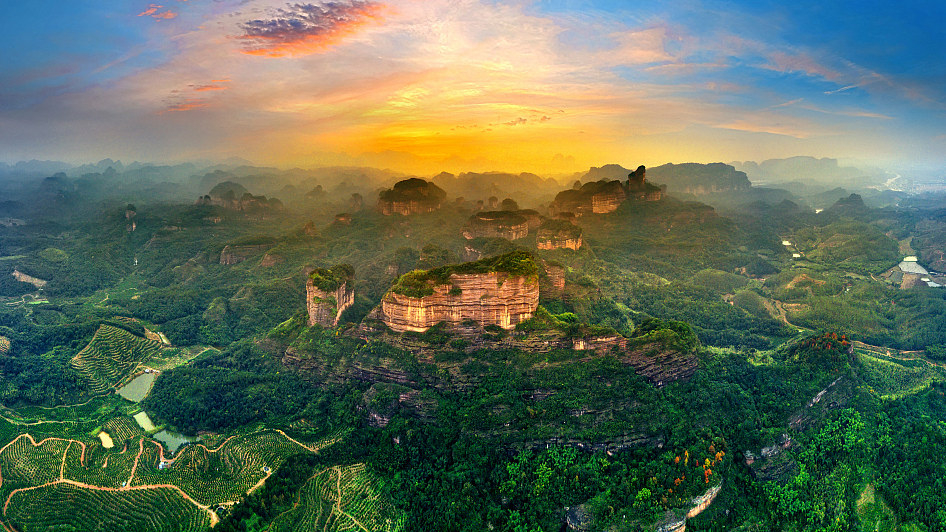 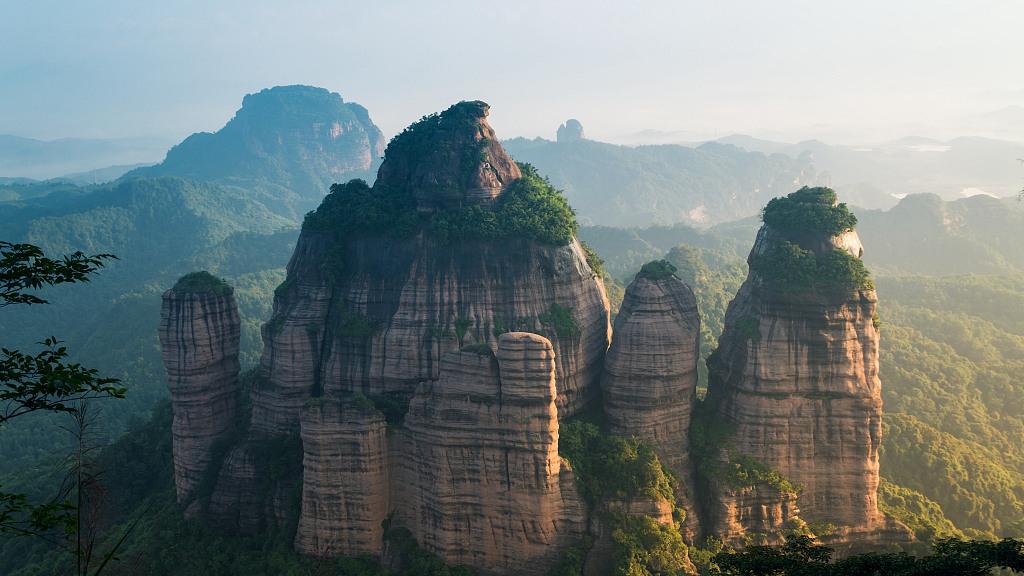 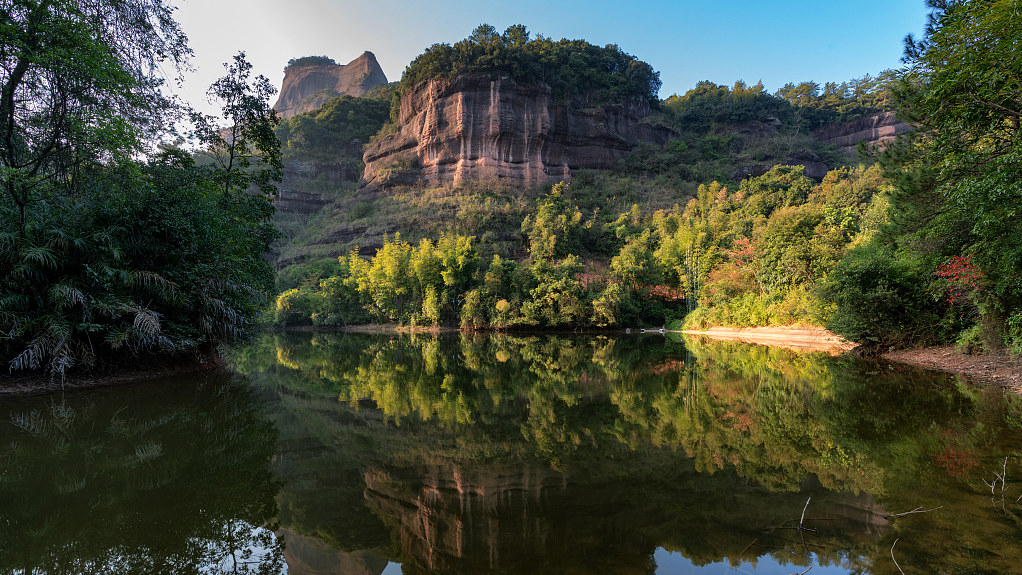 The Danxia landform consists of large scarps of layered, steep and red rocks. It was first studied in the 1920s and 1930s by Chinese geologists. Mount Danxia was later inscribed as a World Heritage Site.

The Danxia landform looks very much like karst landform which is made up of limestone, but it's actually made up of sandstone and conglomerates, and therefore was called a "pseudo-karst" landform. The authentic karst landform exists just a few hundred kilometers from where Mount Danxia sits. It is known as the "Yingxi (west of Yingde County) forests of peaks."

Karst landforms are widespread in Guangdong's neighboring province, Guangxi. In Guangdong, the karst landform is found in the peaceful countryside of Yingde County, where it mixes with large terrace fields of tea plantation. 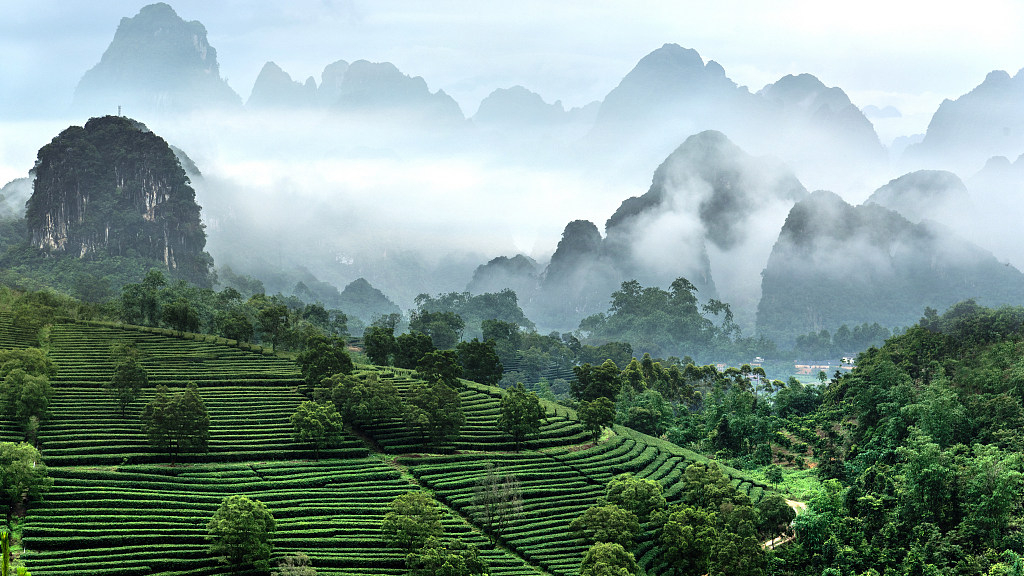 The tea plantation near Yingde County.

The tea plantation near Yingde County.

Going down further south is the tech hub Shenzhen. This once little fish village has turned into a modern and ravishing city in 40 years. As one of the most populated and modernized cities in China, it has not moved away from its proximity to nature.

The Shenzhen Mangrove Nature Reserve is the only nature reserve that is located in an urban area in China. Each year, there are around 180 species of migratory birds, with about 100,000 of them migrating there during winter. In addition to the mangrove plant group in the protection area, there are also more than 50 other species of plants. 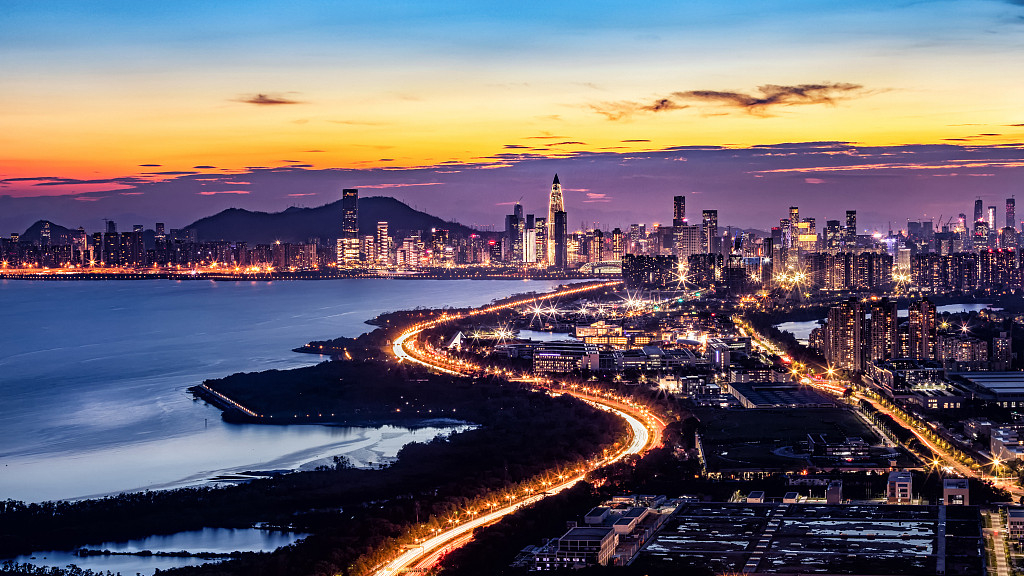 City view of of Shenzhen in Guangdong.

City view of of Shenzhen in Guangdong. 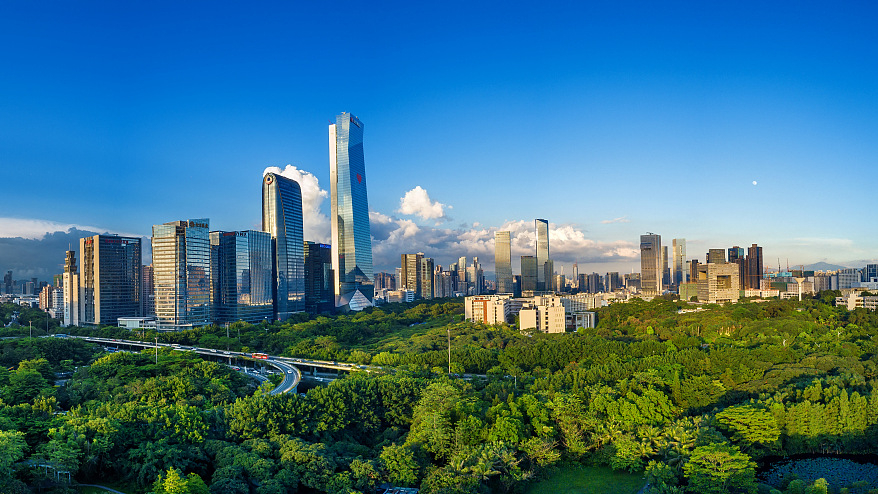 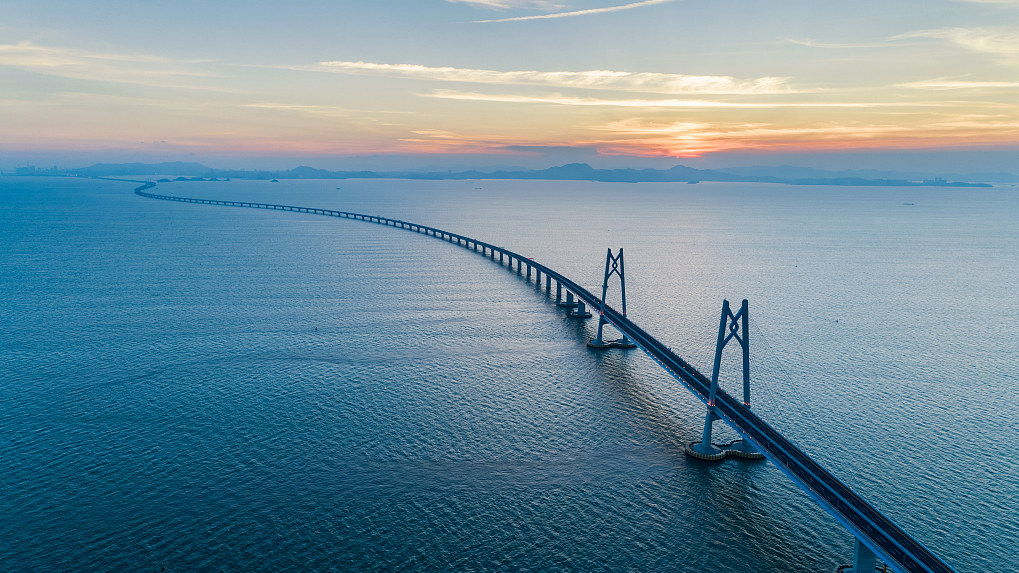 Nostalgic Nature: Shandong, a nice place to grow up in