Epidemics and Wildlife: How Nipah affects pig exports in Malaysia?
By Zhao Ying 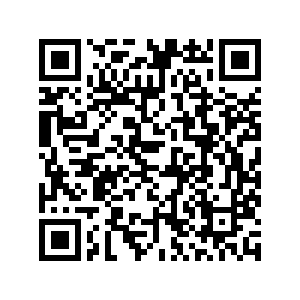 Speaking of pigs and epidemics, people might think of the 2009-2010 swine influenza (H1N1) that swept the world. In less than a year, it is estimated that between 151,700 and 575,400 people globally died from the influenza during the first year according to Centers for Disease Control and Prevention in the U.S., accounting for 0.001–0.007 percent of the world's population at that time.

Another epidemic, maybe less heard of outside Asia, is also connected with pigs, that is Nipah virus disease. Different from the non-zoonotic swine flu in 2019, the Nipah virus was transferred from pigs to humans during the first Nipah outbreak in Malaysia and Singapore, causing serious harm to Malaysian pig exports since 1999. 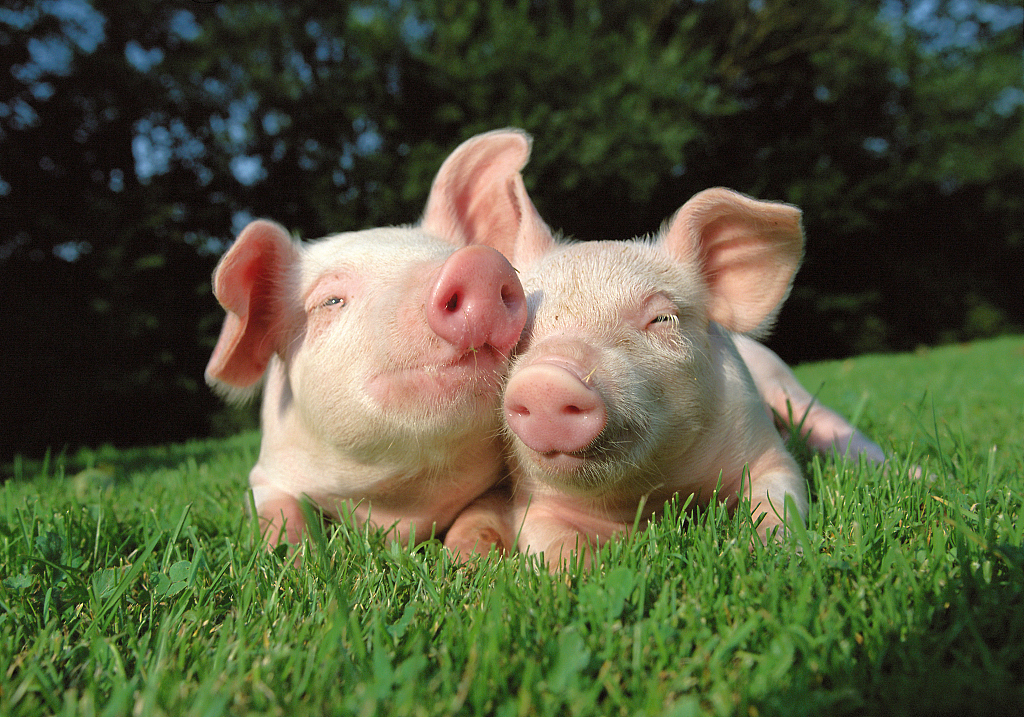 In 1998, in a Malaysian village named "Kampung Sungai Nipah (Nipah River Village)," something unusual took place in pig farms. Some pigs started to have fever or tremble and twitch. Later, pig farmers who had direct contact with sick pigs or their contaminated secretions and tissues, became ill.

Initially, they just had headache and fever like the common flu, then dizziness and vomiting hit. Some patients developed encephalitis and fell in a coma within one to two days. During the first outbreak in Malaysia, 265 human cases were reported, of which 105 died. For pigs, the morbidity rate is as high as over 80 percent but the mortality rate is less than five percent. 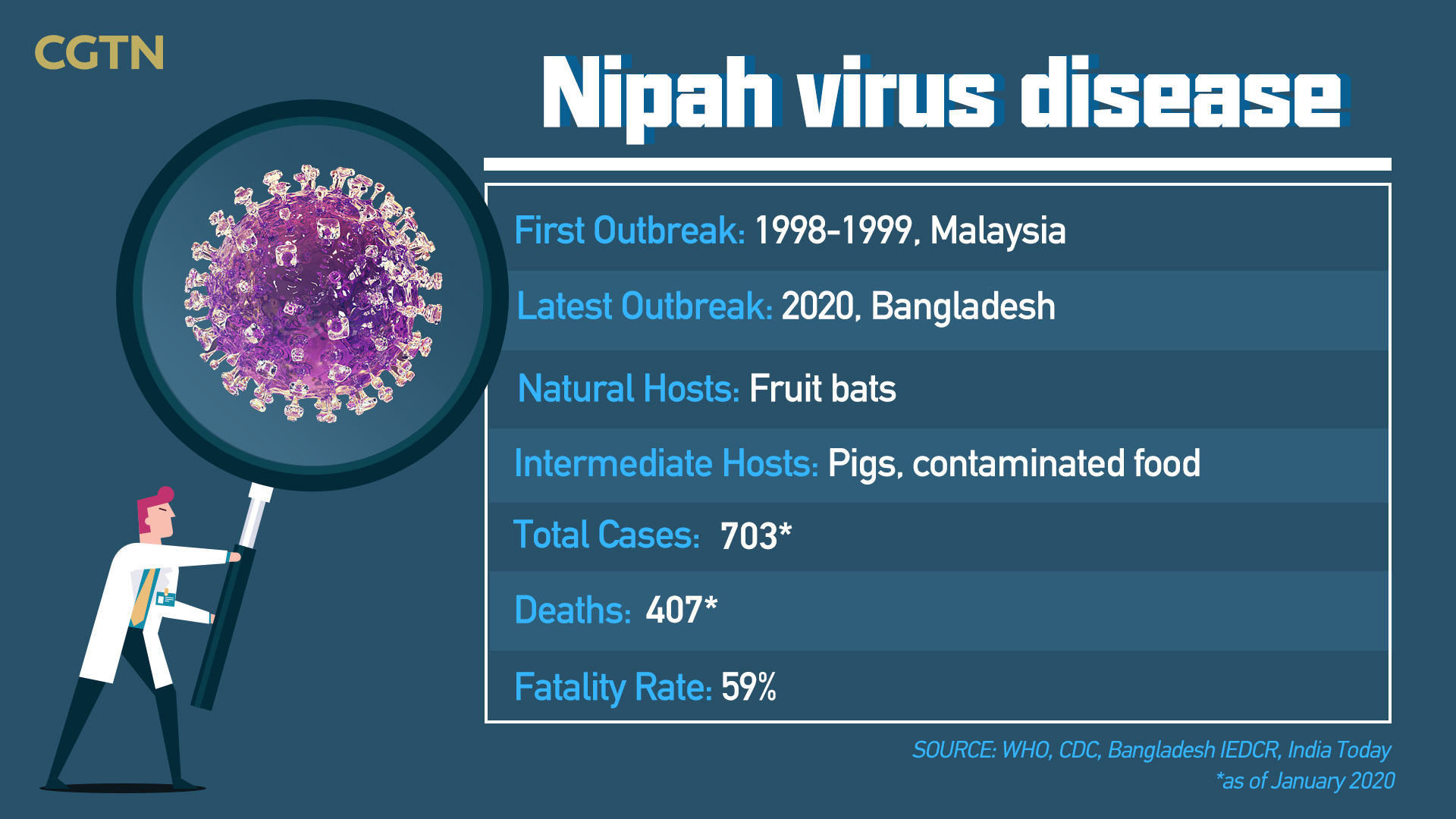 In the meantime, Nipah virus disease spread to Singapore through imported live pigs from Malaysia in late February 2019, mainly infecting 11 abattoir workers who handled imported pigs. Two Indonesians who worked in Malaysian pig farms were also infected when they came back to Indonesia.

To stop the Nipah outbreak, more than a million pigs in Malaysia were culled in places where cases were found. All pig farms throughout the country were tested for Nipah virus. If the testing was positive, all pigs at the infected farms and at farms within a 500-mile radius were to be euthanized. The testing lasted for three months. 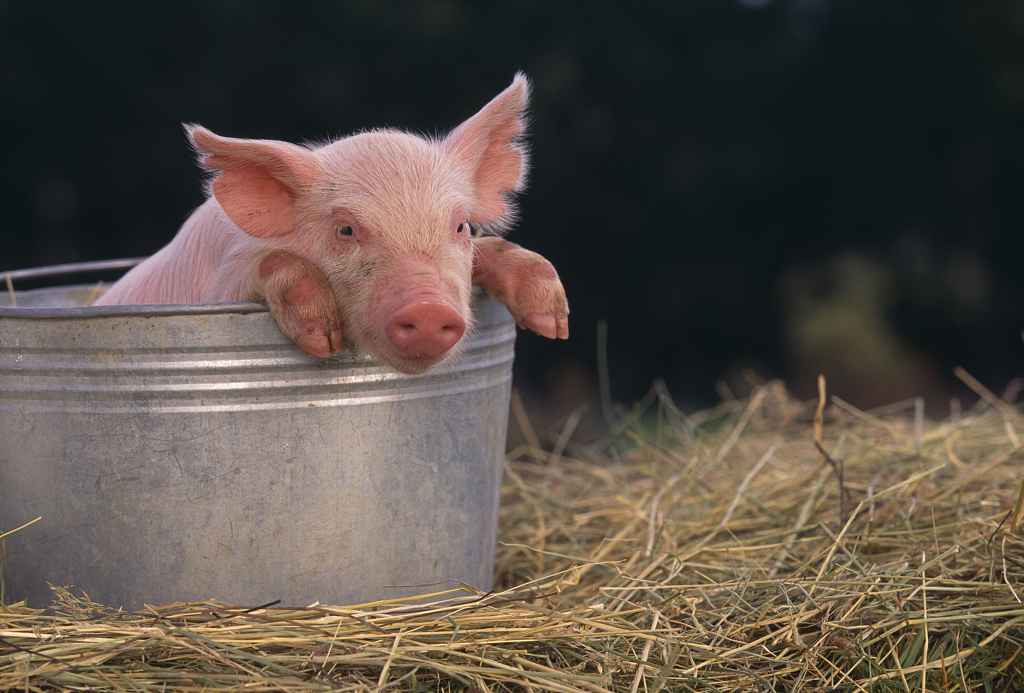 Surely, the pig industry in Malaysia was deeply influenced by the epidemic. All pig imports from Malaysia were suspended in March 1999, causing an enormous trade loss for the country. The outbreak in Malaysia and Singapore ended after the culling and the ban of pig exports.

Even though no Nipah outbreaks have been reported in Malaysia since 1999, Singapore prohibited all imports of live pigs from Malaysia from 1999 to 2017. Now, only one farm in Sarawak, Malaysia is allowed to export live pigs to Singapore. Malaysian raw pork remains banned in Singapore. 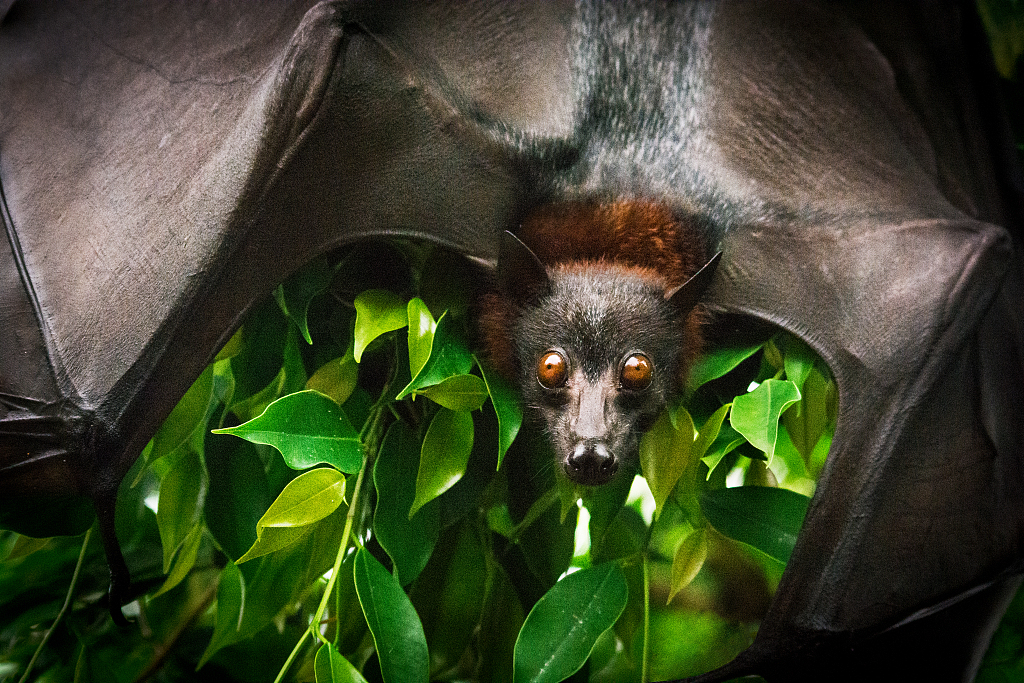 However, pigs are just the intermediate hosts in this case. Fruit bats, again, are the natural reservoirs of Nipah virus, like Hendra, Marburg and Ebola viruses. In 2005, Nipah virus was found in bats. Moreover, the virus was detected in at least 23 species of bats from Asia to Africa. Bat species of Pteropus genus in particular were assumed to shed the virus to pigs, and their habitat overlapped with the geographic distribution of Henipaviruses (Nipah virus and Hendra virus).

Scientists speculated that fruits contaminated by bats might drop into pig farms and pigs were infected after eating the fruit. The location of pigsties in the vicinity of fruit bats' habitats is a major cause of the outbreak. The transport of pigs to more areas led to the further spread of the disease. Despite the end of the outbreak in Malaysia and Singapore, the Nipah virus disease has taken place almost annually in Bangladesh since 2001 and also periodically in eastern India. In these outbreaks in Bangladesh and India, the strain of Nipah virus was different from the one identified in Malaysia. No intermediate hosts like pigs were involved. The date palm tree was the main character.

In Bangladesh, date palm sap is a special delicacy to drink or is fermented into alcoholic drinks. The sap is usually collected by shaving the tree bark in a V shape, allowing sap to flow through the pipe into the clay pots put at the end of the V-shaped groove over the night. Bats sometimes drink the sap at night on the shaved bark or from the clay pots, leaving their urine or saliva in the sap. 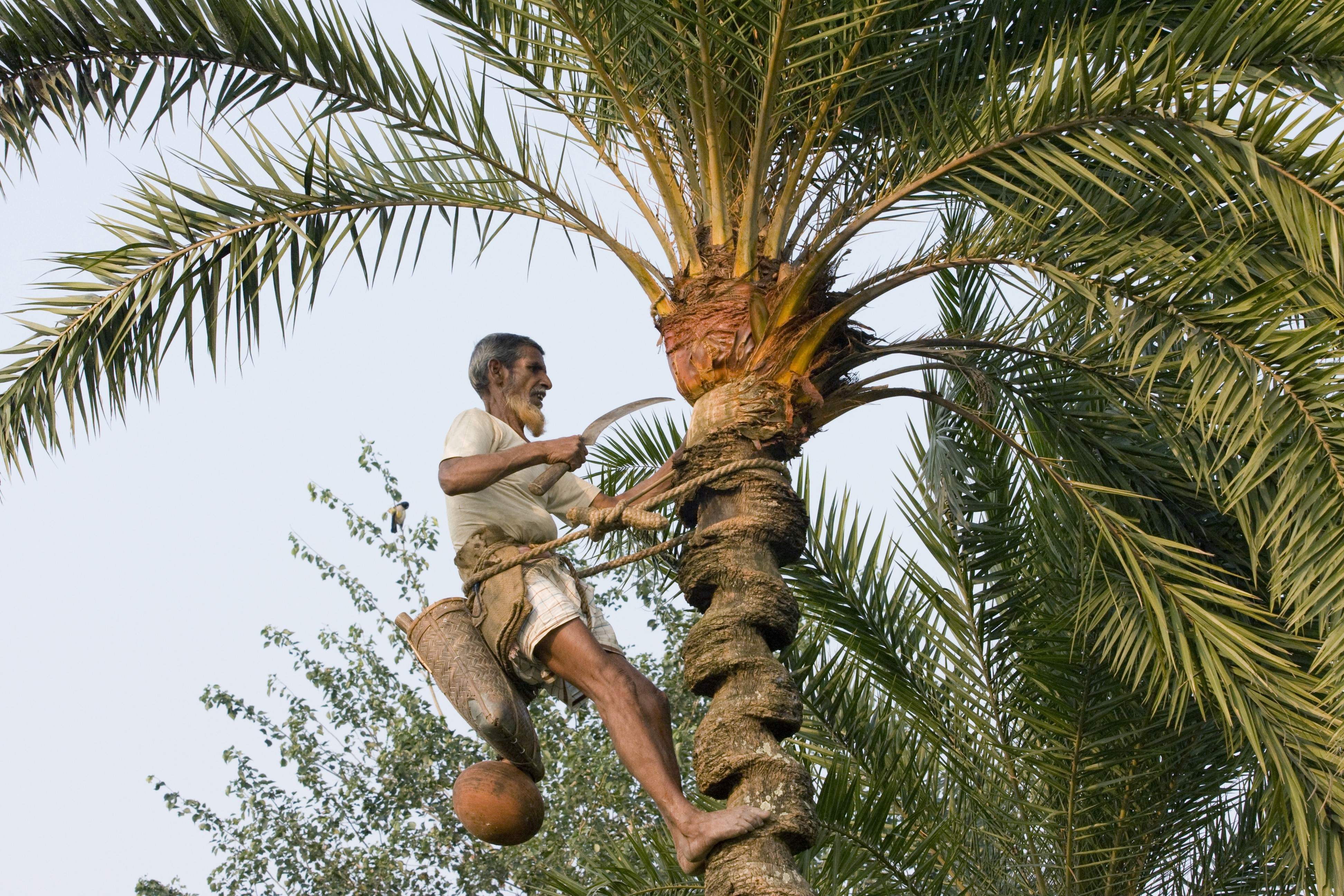 A tree climber, known locally as a gachee, collects juice from a date palm tree in Bangladesh. /VCG Photo

A tree climber, known locally as a gachee, collects juice from a date palm tree in Bangladesh. /VCG Photo

The Nipah virus can remain stable in the date palm sap for over seven days at 22 degrees Celsius. People mostly got infected from drinking the fresh date palm sap or through contact with sick persons. In outbreaks in Bangladesh and India, human-to-human transmission was often reported, which was different from the outbreaks in Malaysia and Singapore where humans were infected through contact with sick pigs.

In the Nipah outbreak in Siliguri, India in 2001, a single person infected 31 persons including 23 hospital staff and 8 visitors. In a later outbreak in the Philippines in 2014, horses instead of pigs or date palm trees were infected by fruit bats living nearby, which was similar to the scenario of Hendra virus, the cousin of Nipah virus. People were infected either through slaughtering horses or eating contaminated horse meat. Cats and dogs were also found dead after eating horse meat.

The case of the Philippines suggests that there might be more transmission mechanisms of Nipah virus that people should be cautious about and other domestic animals might become victims of the disease. Apart from the five countries with reported cases (Malaysia, Singapore, Bangladesh, India and the Philippines), other countries within the active range of Pteropus fruit bats are also at the risk of infection. A horse in a field. /VCG Photo

A horse in a field. /VCG Photo

People who survived the Nipah virus disease are lucky, but around 20 percent of the survivors are left with residual consequences like depression, personality changes or deficits in attention. Some might even have remained in a vegetative state.

For infected people or animals, there is still no vaccine in use, but three pharmaceuticals were employed for possible treatment of the Nipah virus disease, namely, Ribavirin, m102.4 monoclonal antibody and Favipiravir. In 2019, a novel recombinant vaccine called NIPRAB was developed by researchers from Thomas Jefferson University. The vaccine was safe and effective against Nipah virus in animal models, but it still needed to be tested in more species.

How are horses related to fatal Hendra virus?