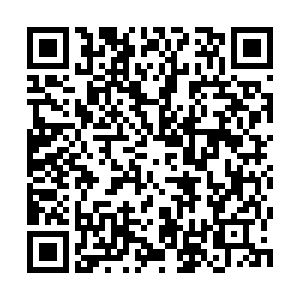 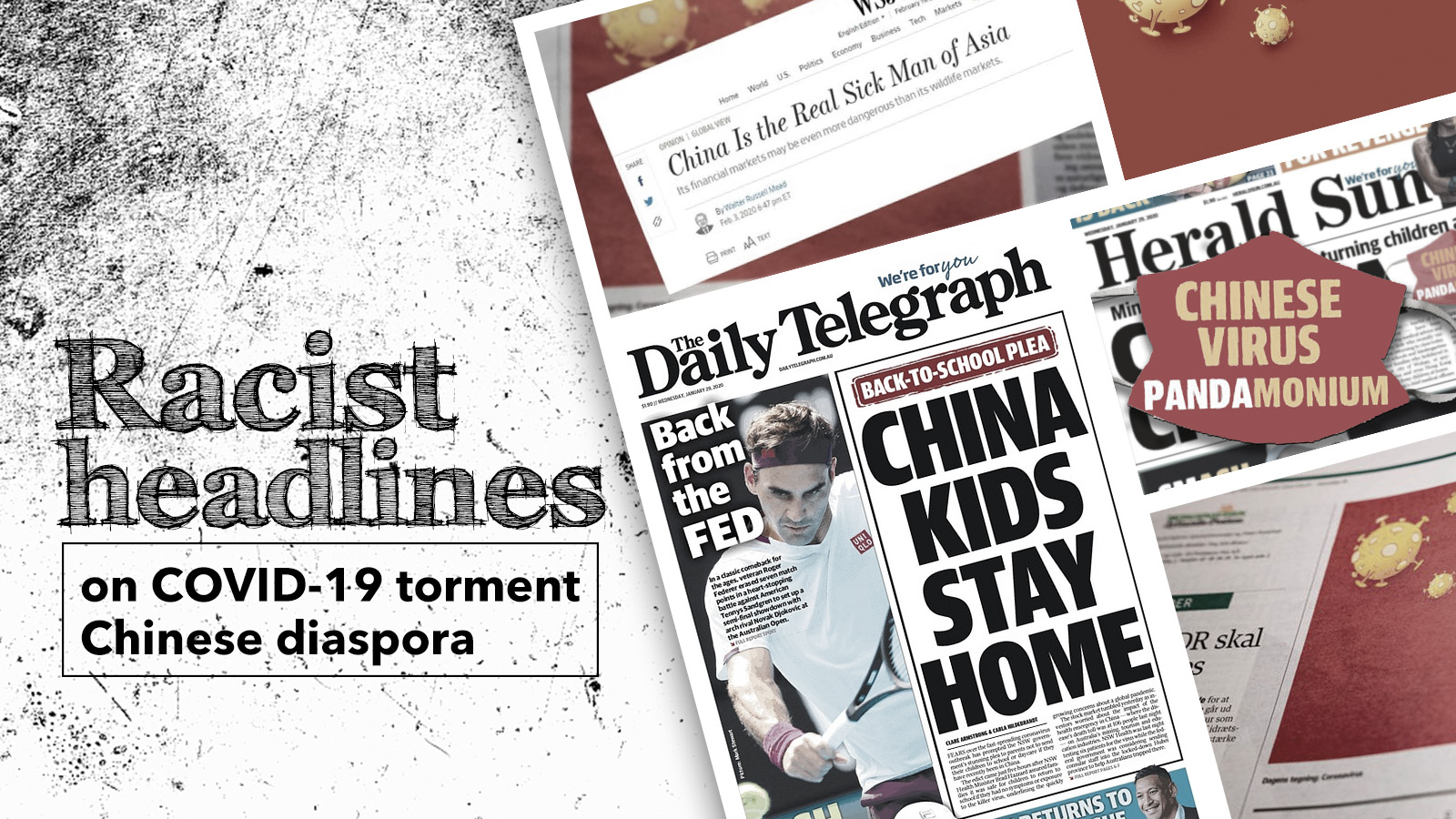 "Chinese Virus Pandamonium" screamed from the front page of Melbourne's Herald Sun late January as the coronavirus outbreak in China started grabbing international headlines. The Australian tabloid might have thought it smart and funny to coin the portmanteau of "panda" and "pandemonium" to describe the outbreak, however it evidently reeked of racism.

On the same day, another Australian newspaper, Sydney-based The Daily Telegraph, ran a front-page lead story with the headline proclaiming "CHINA KIDS STAY HOME" in bold capital font to report on the provincial government's decision to delay the return to school of children who had traveled to China recently.

The brazen display of racism in the media has sparked outrage among the 1.2-million strong Chinese Australian community. An online petition, demanding the two Australian newspapers to apologize for this "downright offensive and unacceptable race discrimination", has received nearly 82,000 signatures so far.

In the weeks since, there have been several instances of racist media coverage of the epidemic from across the world and, most prominently, in the U.S. and many European countries. Worse, some of this misinformation has triggered xenophobic attacks and abuse on Chinese people and those with Asian features.

The growing unease about such racist media portrayal and subsequent bouts of violence prompted Dr. Wen Jun, a lecturer at Edith Cowan University, Perth, Australia, to sit up and look at its potential psychological impact on the Chinese communities across the world.

"We know that biased coverage from the Western media has angered the Chinese community and created unnecessary stress. If these misperceptions aren't addressed, we may start seeing mental health issues related to social isolation, racial discrimination, and unequal treatment," Wen told CGTN Digital in a Skype interview.

Meanwhile, Dr. Ying Tianyu, a professor at Zhejiang University in Hangzhou, east China's Zhejiang Province was troubled by the reports of attacks on Chinese students in the UK due to the apparent misinformation about the epidemic.

"I do have friends whose kids are now studying in the UK and they shared on WeChat (China's multipurpose messaging and social media app) groups that some Chinese and Asian students got attacked by the locals because they were wearing masks," Ying said, speaking with CGTN Digital from Hangzhou. 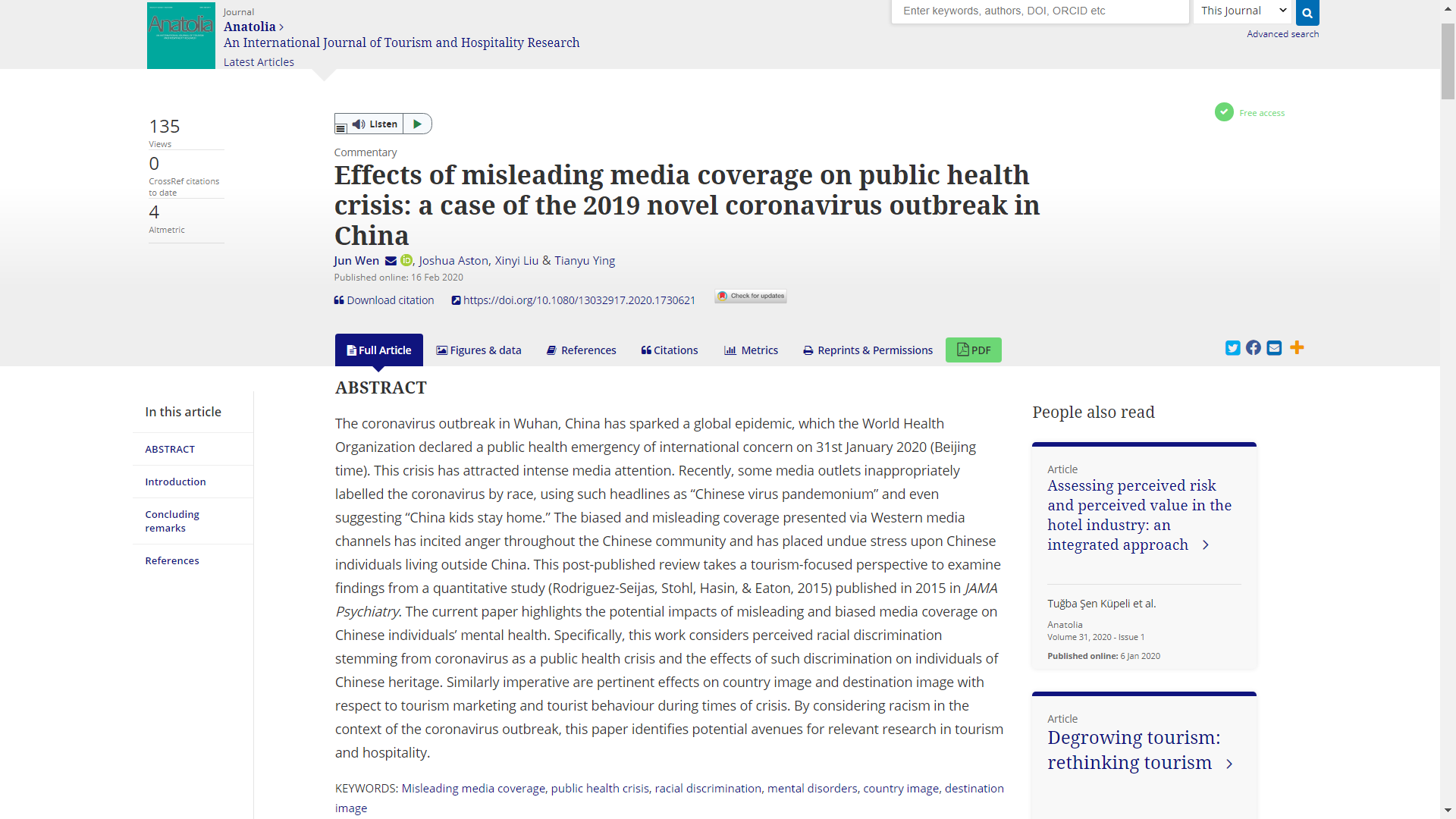 A screenshot shows the title and abstract of the paper published in Anatolia, an international journal of tourism and hospitality research. /CGTN

A screenshot shows the title and abstract of the paper published in Anatolia, an international journal of tourism and hospitality research. /CGTN

Their common concerns about the well-being of Chinese communities amid the widespread xenophobic reaction brought Dr. Wen and Dr. Ying together with a couple of other like-minded colleagues to write a research paper titled "Effects of misleading media coverage on public health crisis: A case of the 2019 novel coronavirus outbreak in China."

Joshua Aston, associate professor at the Edith Cowan University, and Liu Xinyi, a PhD student in the College of Tourism at Sichuan University are the other authors of the report that was published on February 16 in Anatolia, an international journal of tourism and hospitality research.

The paper highlights the potential impacts of distorted reporting and alarmist headlines on the mental health of Chinese communities around the world. "Specifically, this work considers perceived racial discrimination stemming from coronavirus as a public health crisis and the effects of such discrimination on individuals of Chinese heritage," according to the abstract of the paper.

"Before the NCP (novel coronavirus pneumonia) outbreak, news reports about Chinese individuals experiencing racial discrimination overseas weren't uncommon. But the offensive headlines related to NCP only made the situation worse for the Chinese community," Wen said.

WHO has renamed the disease as COVID-19.

"We were concerned about the possible negative impacts on Chinese communities of this misconceptions from Western media [which were] escalating unnecessary public fear and hostility not to the disease itself but to an ethnic group," remarked Ying. 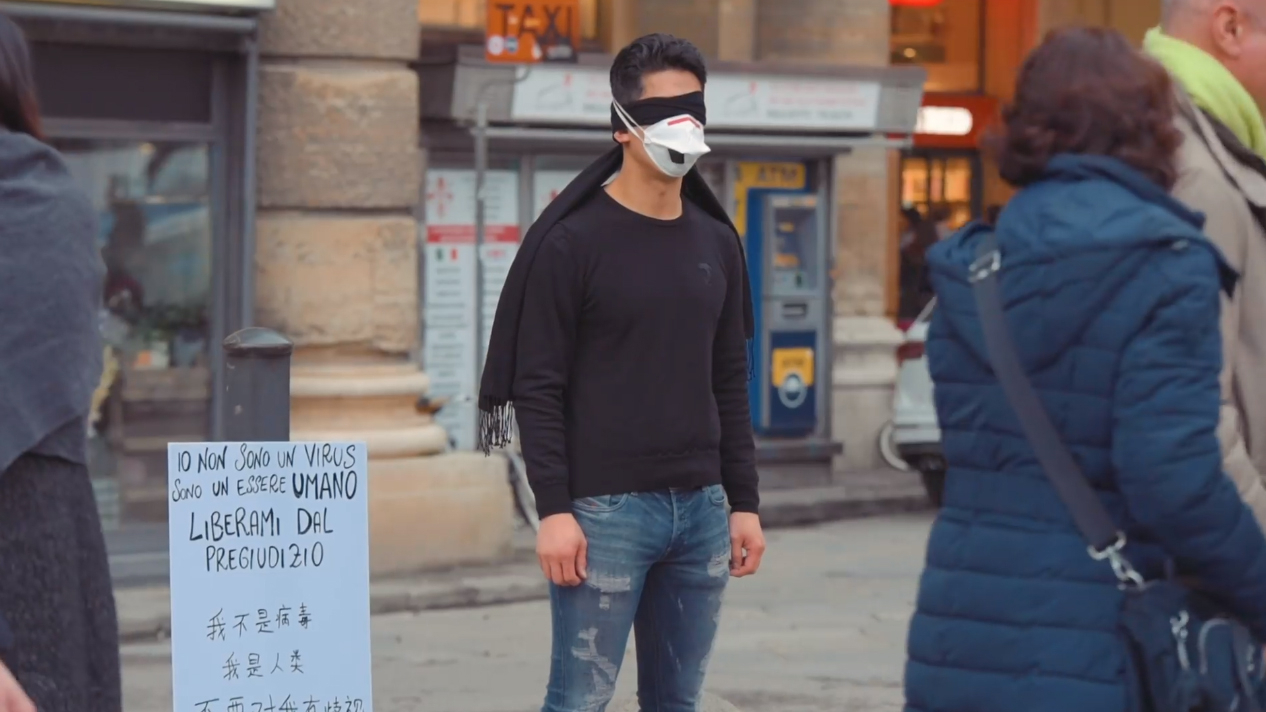 Chinese-Italian Massimiliano Martigli Jiang stands for hours, blindfolded and wearing a face mask, next to a sign that said "I'm not a virus, I'm a human being: Eradicate the prejudice", in Florence, Italy, February 2, 2020. /Associazione Unione Giovani Italo Cinesi

Chinese-Italian Massimiliano Martigli Jiang stands for hours, blindfolded and wearing a face mask, next to a sign that said "I'm not a virus, I'm a human being: Eradicate the prejudice", in Florence, Italy, February 2, 2020. /Associazione Unione Giovani Italo Cinesi

Related story: I am not coronavirus: The protest of a young Chinese-Italian against xenophobia

Wen noted that kids were more prone to misinterpret ambiguous media messaging. "Compared to adults, kids are less capable of identifying inaccurate information, so they could especially experience isolation and a lack of security. Take Chinese children living outside China as an example – if their peers believe some of the biased media reports, these kids could face racism and unfair treatment in school and other places," he explained.

The Perth-based researcher asserted that people aren't carriers of virus simply because they're Chinese, and appealed the media to desist from suggesting that. "I understand that shocking headlines get noticed, but media outlets shouldn't spread race-based misinformation about NCP at the expense of whole groups of people."

Both the academics felt that there were deeper and more complex reasons behind such apparently racist media coverage including the tendency to sensationalize an issue and spreading common stereotypes.

"Such deliberate, misleading media coverage cannot be simply attributed to racism or bias. Instead, I personally would see it as a product of a complex, long-existing stereotypes against China and Chinese people, conflicts in ideologies, and maybe in some cases, even political and capital agendas behind it," Ying elaborated.

"I think sensationalism is a problem – these kinds of headlines will naturally get viewers' attention, so more people will read the articles. I'd like to think that not everyone who writes these articles is inherently racist," Wen added.

Ying agreed saying he would like to assume that it may not be a deliberate intention of the authors and editors to publish racist articles, but nevertheless, the end result of such competitive media practice is damaging. "The reality is that the Chinese community are offended and their everyday life may be affected by this misleading media coverage on the crisis."

A hit on global tourism 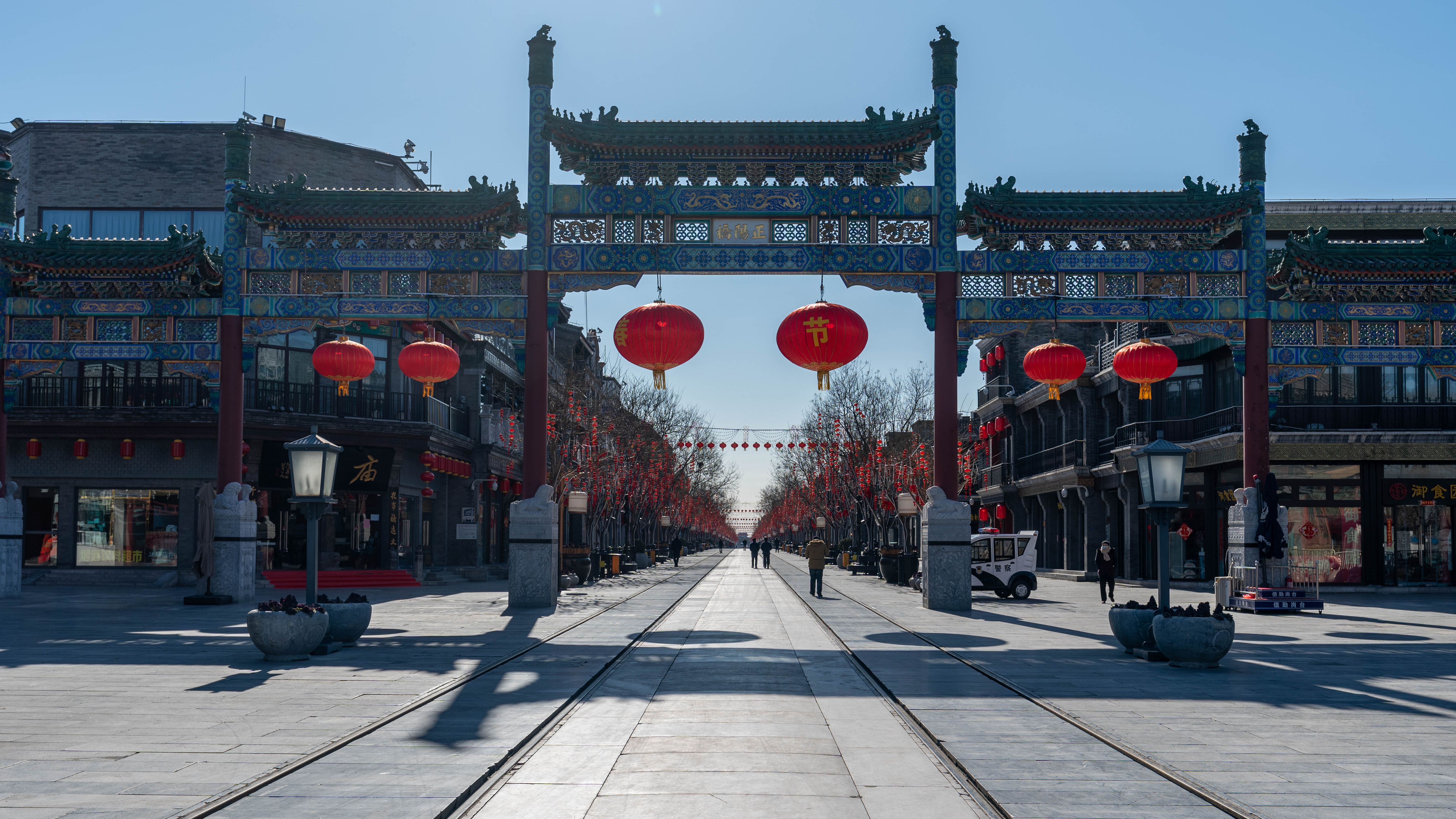 The academic paper also focused on the likely fallout of media misinformation on China's tourism sector and how that may in turn affect the global tourism industry.

Noting that the travel and tourism industry is very susceptible to disasters and crises like the coronavirus outbreak, Ying opined that negative media messaging will "significantly damage the image of China as an inbound tourism destination."

"The inbound tourism of China may take years to fully recover. I am concerned that these misleading news stories would affect how the global tourism markets see China as a destination," said the Hangzhou-based professor, whose expertise includes tourist behavior, destination marketing and smart tech use in tourism and hospitality.

China is also one of the largest sources of outbound tourism. "Before the outbreak, it was predicted that around 7 million Chinese people would travel abroad during the Chinese New Year break. But it did not happen as both domestic and international travel have been restricted in China in order to control the coronavirus spread," Ying pointed out.

The on-going epidemic has heavily hit the travel and tourism industry not only in China, but also in Japan, and other South East Asian countries. "Given that China plays a way more important role in the global economy than it did during the 2003 SARS outbreak, the current crisis is therefore expected to cause more significant damage to the global tourism sector," he predicted.

Both the experts felt that the situation will be particularly challenging for small and medium-size travel agencies. "These enterprises are struggling to survive amid the large number of booking cancellations while waiting for the tourism industry to recover," Wen said

"These small tourism businesses support tens of thousands of families who are now suffering the most from this repercussion," Ying elucidated. At a time when the global tourism industry is hoping for the crisis to be over, "the last thing they want to see is some irresponsible, misleading media coverage, that are simply not helpful," he added.

Sick of the 'sick' WSJ headline 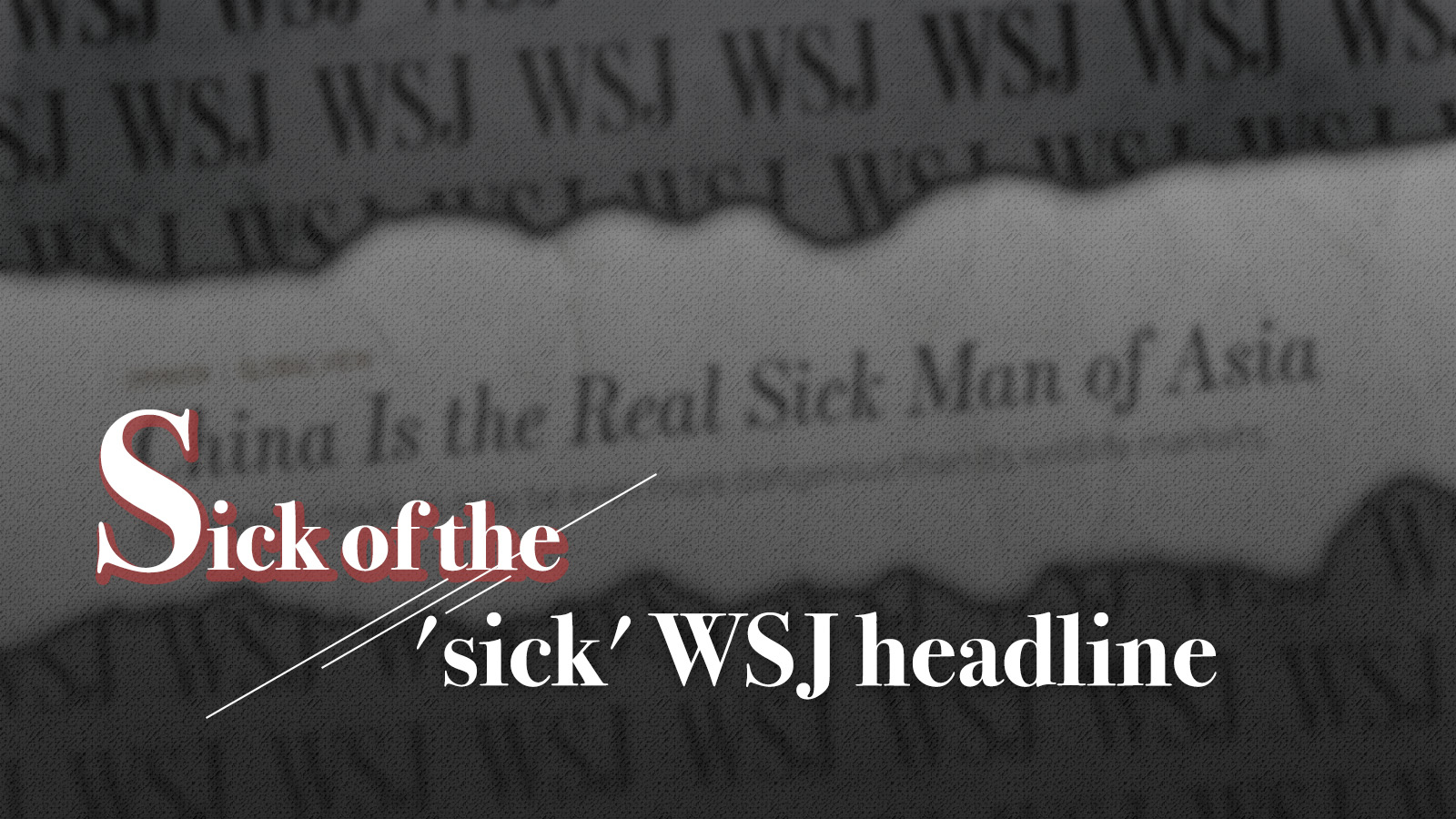 Related story: Calling China 'the sick man of Asia' is a racial slur

Read also: Here's how coronavirus battle is paving the way for a much stronger China 2.0

Both Wen and Ying backed China's stand on the matter.

"I was especially disappointed by Mead's article. This piece has sparked outrage in Asia, and I have a hard time understanding how the title was ever greenlighted by the paper's editorial department," said Wen.

"I am not sure if Mr. Mead has any knowledge on the modern history of China, but if he does and if he is culturally-sensitive enough, he should have known that this phrase 'the sick man of Asia' bears special [derogatory] meaning in a Chinese context," said Ying.

Ying said that China's expulsion of the WSJ journalists "is a very clear sign to the public and to the press as well that biased media coverage is not acceptable and should not be tolerated."

A petition on the White House's website, demanding for "a proper apology from WSJ to the Chinese community" has garnered over 115,000 signs.

"I am not very optimistic on how it will turn out but this is an expression of outrage of the Chinese communities, and the mainstream Western media should listen to it," Ying said.

Wen, however, felt that the petition warrants an official response from the White House. "This would help to not only make things right with the Chinese community but also to encourage people all over the world who are in favor of human rights and mutual respect," he concluded.