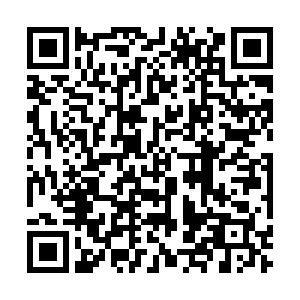 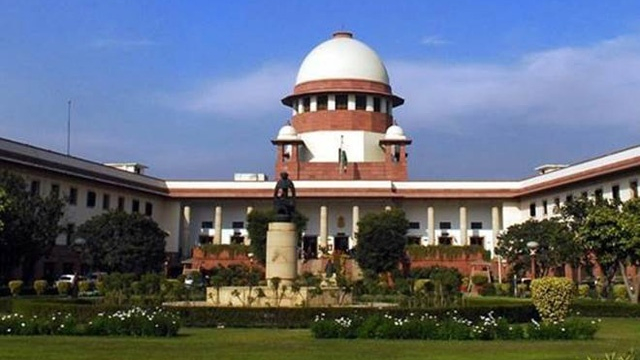 Health experts in India say swine flu, or H1N1 virus, remains a bigger worry for the country despite the recent global concerns over the spread of novel coronavirus, or COVID-19, amid reports that six judges of India's Supreme Court are down with swine flu.

On Tuesday, all the Supreme Court judges met with Chief Justice of India, SA Bobde, to discuss the matter of their six infected colleagues and work out a plan of action, according to Indian media reports. The total strength of the court is 34 including the chief justice.

The top court decided to make vaccines available for inoculation of all the staff working in the Supreme Court, Justice DY Chandrachud told the media after the meeting. 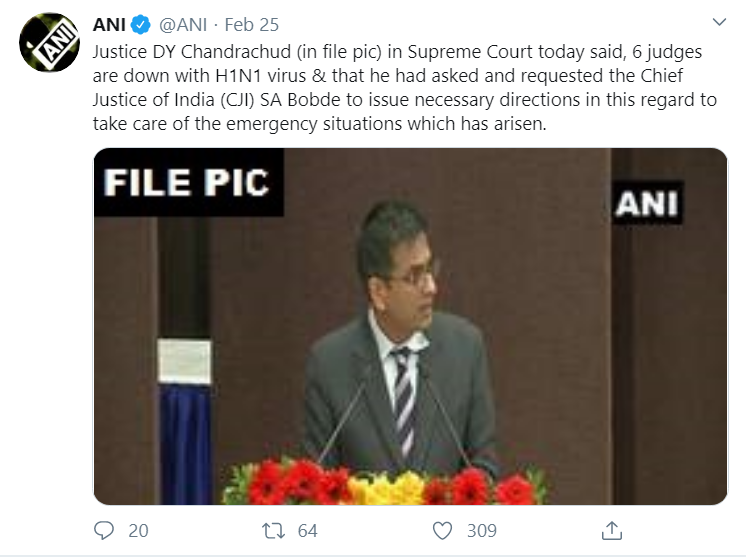 A screenshot of a tweet by India's ANI news agency showing Justice DY Chandrachud making a statement regarding his six colleagues infected by the H1N1 virus. /CGTN

A screenshot of a tweet by India's ANI news agency showing Justice DY Chandrachud making a statement regarding his six colleagues infected by the H1N1 virus. /CGTN

The chief justice also met the Supreme Court Bar Association president Dushyant Dave to discuss the plans for tackling the health emergency. Justice Bobde "is very concerned and said the government was setting up a dispensary in the Supreme Court for inoculation and vaccination," Dave was quoted by NDTV as saying.

Dave also told the Indo-Asian News Service that some foreign delegation members who participated in a judicial conference in the Supreme Court complex were recently infected by the virus.

India has witnessed a spurt in the number of H1N1 cases over the past week. A total of 37 cases of swine flu have been confirmed in Meerut city, 70 kilometers northeast of the capital New Delhi.

Last week, German software giant SAP shut down their offices in India for an "extensive sanitation" after two employees tested positive for swine flu at its Bengaluru headquarters. The software major temporarily closed their main office in Bengaluru and two other locations – Gurgaon and Mumbai – and asked hundreds of staff to work from their home until further notice. 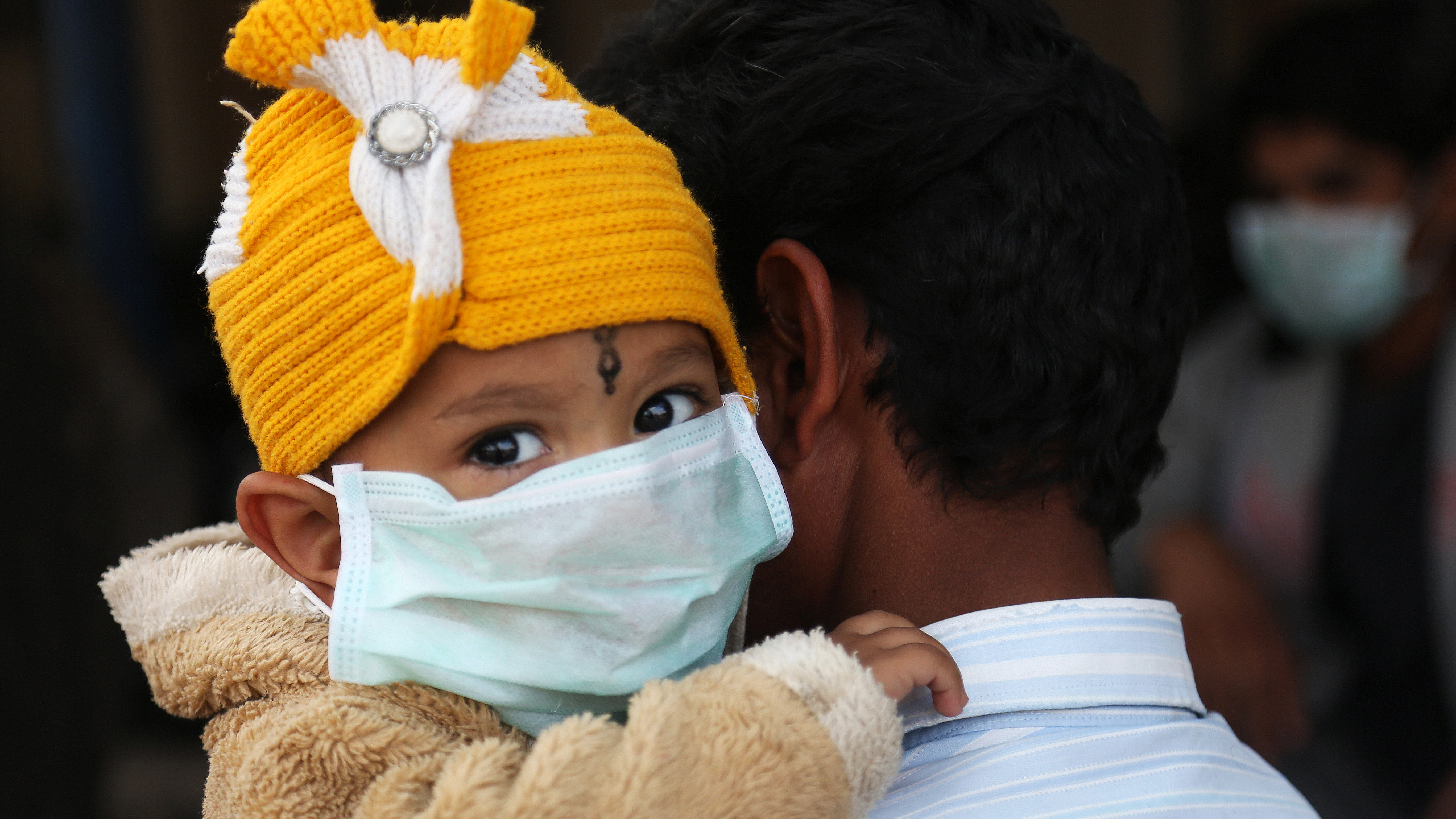 An Indian child, wearing a mask as a preventive measure against swine flu, is carried by an adult inside Gandhi Hospital premise in Hyderabad, India, January 31, 2015. /AP

An Indian child, wearing a mask as a preventive measure against swine flu, is carried by an adult inside Gandhi Hospital premise in Hyderabad, India, January 31, 2015. /AP

The H1N1 swine flu is a highly contagious zoonotic infection and symptoms include fever, chills and sore throat, according to the World Health Organization (WHO). The first case of deadly infection was detected in April 2009 in the United States.

While declaring the pandemic over in August 2010, WHO conveyed that the H1N1 virus would circulate as seasonal influenza virus and would continue to do so for years to come.

In comparison, India has so far confirmed only three cases of COVID-19 in its southern state of Kerala. In addition, 14 Indian crew members are among the nearly 700 people infected with the virus on board Diamond Princess cruise ship, which has been quarantined for more than three weeks off the coast of Japan.

Four people, all Japanese citizens in their 80s, have died after becoming sick on the ship. The ship was carrying 138 Indians on board with 132 crew members and six passengers. The Indian Embassy in Tokyo announced that a charter flight is being arranged to evacuate its nationals from the ship. 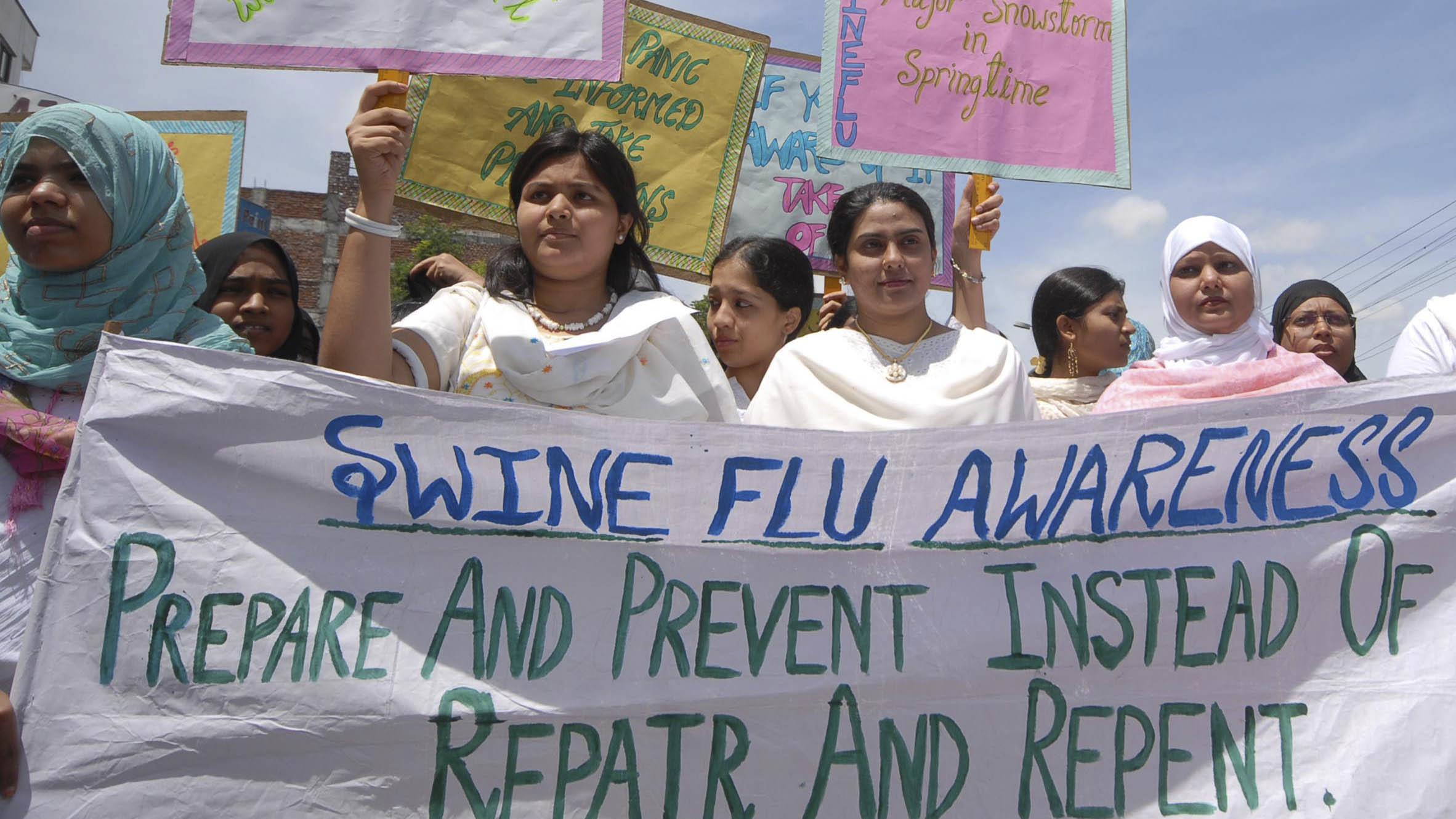 Indian health experts suggest that while India should remain alert about coronavirus, it should fight swine flu as a priority.

"Coronavirus is far away. What we need to be really dealing with is the cases of H1N1 and it is important that people are made aware of the hand hygiene and those who are at risk to take the vaccination," Dr. Satayanarayana Mysore, Bengaluru Manipal Hospitals' Interventional Pulmonology and Sleep Medicine department head told the Business Today newspaper.

In India, swine flu is now a yearly phenomenon that peaks between January and March and then post monsoon season from late September until October end.

Doctors say swine flu recurs at regular intervals and therefore people must take the flu shot for Influenza A (H1N1) or the vaccine available for the virus. Medication such as Oseltamivir, or more commonly Tamiflu, are usually prescribed for swine flu.

The World Health Organization (WHO) recommends the composition of the vaccine every year, but experts recommend consulting a doctor in any case.

"The reason why it is recurring each year is because the virus is undergoing mutation every year and is trying to evade the human immune system that is why the vaccines are also reconstituted every year with different strains of virus," Dr. Mysore added.

The WHO also emphasized the importance of "hand hygiene" as a standard precaution and one of the most effective methods to prevent transmission of pathogens including H1N1 and the novel coronavirus.