In the Spotlight: Bike mechanics that keep Wuhan in motion
By Wang Kailin, Yu Jing 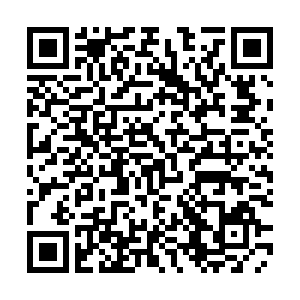 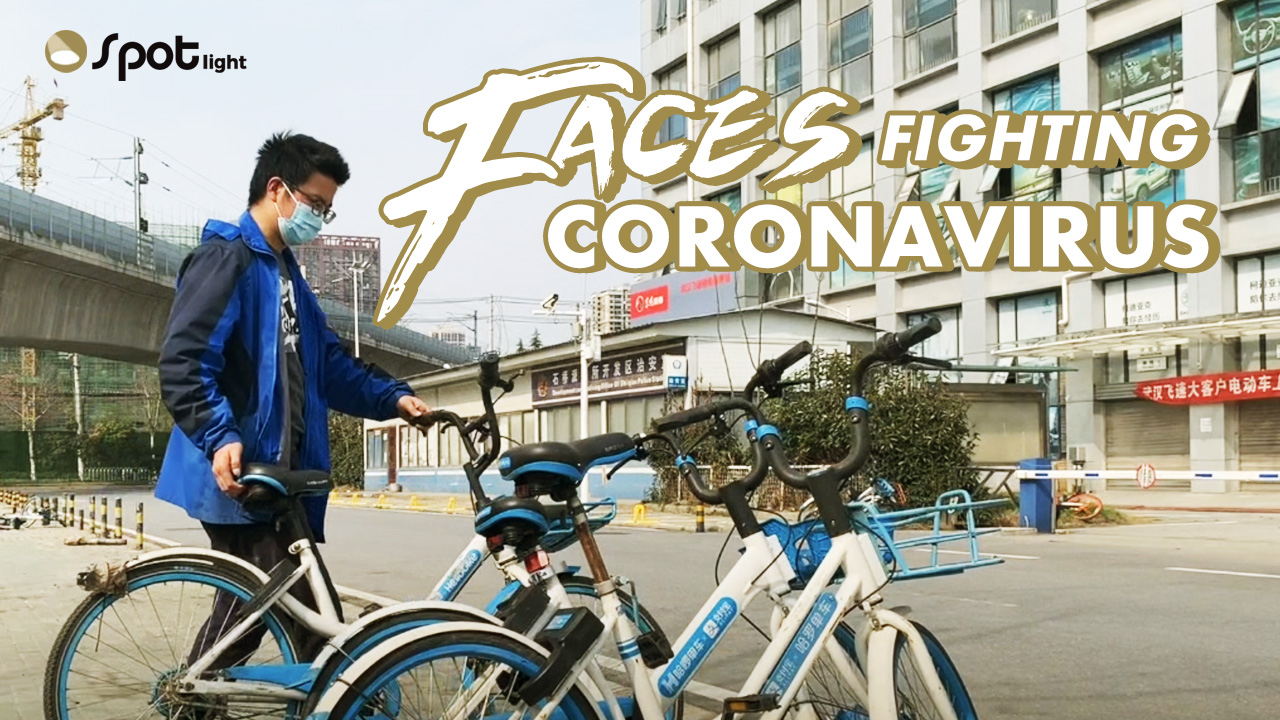 This is the eighth episode of our series "Faces Fighting Coronavirus," which features people from different walks of life who are affected by the outbreak as well as those who are trying to keep their lives as normal as they can to keep the society running. Here you can find the first, second, third, fourth, fifth, sixth and seventh episodes.

Our eighth episode looks at bike mechanics who have kept the city of Wuhan in motion after public transport in the city came to a halt.

Amid the city-wide public transportation restrictions in Wuhan, a mega city in central China with a population of 11 million, people have been mainly relying on shared bikes.

Yang Long, a bike operation and maintenance personnel for Hellobike, one of China's bike-sharing companies, has been working non-stop since January 26. His job is to locate broken bikes, transport them to the central warehouse for repair and disinfection, and then transport them to the spots where bikes are most needed.

Every day, he walks around 20,000 steps to check hundreds of bikes and make sure that people do not see broken or stranded bikes littering the city. Whenever he spots a broken bike, he moves it to the curb, puts a sticker on the bike that says "broken," and reports it to a central system for a truck to collect it. 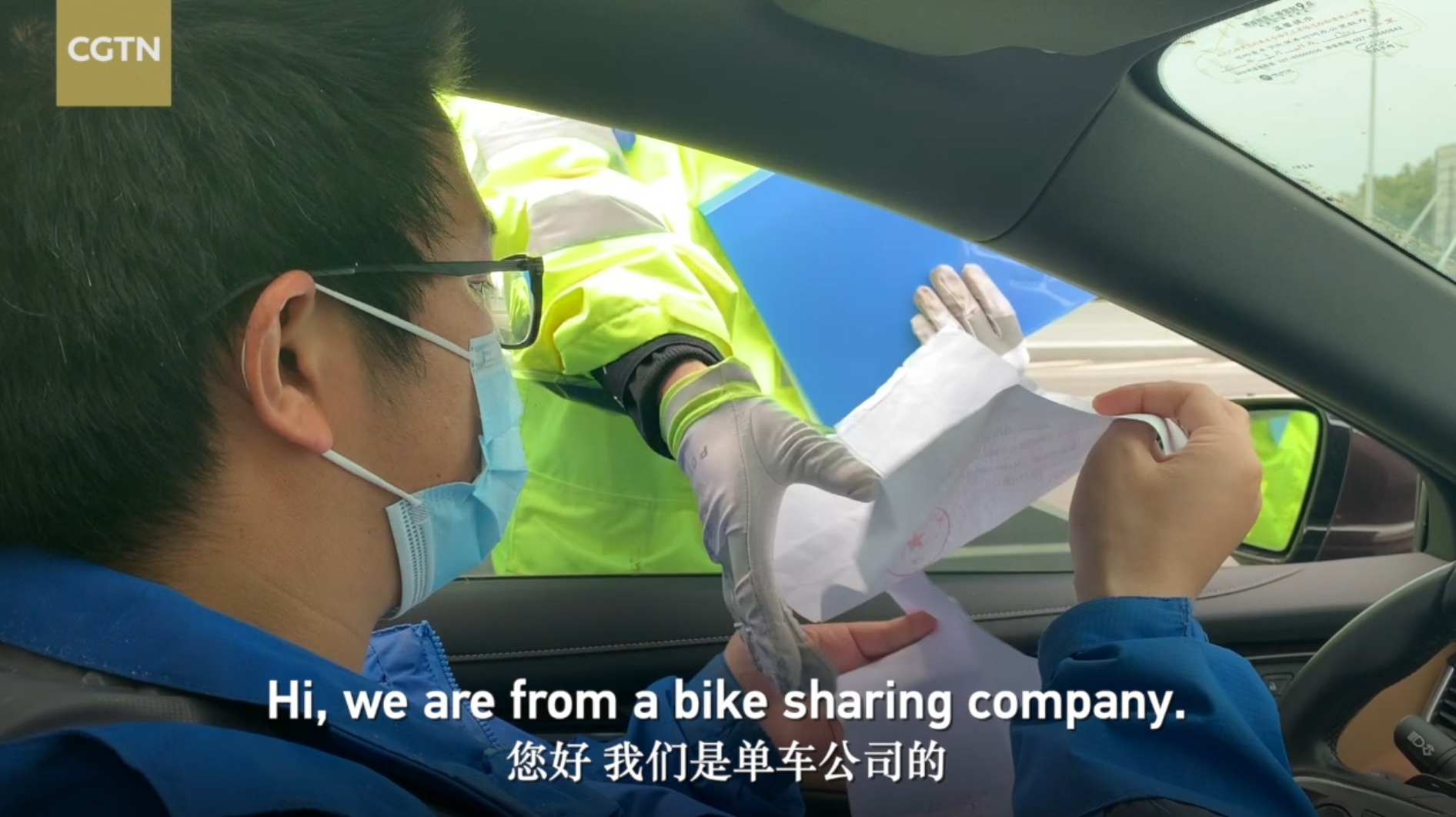 Demand for shared bikes has skyrocketed amid the outbreak of coronavirus. According to data from Hellobike, the number of long-distance rides over three kilometers in Wuhan tripled from January 22 to January 24, as the city was put under quarantine. On January 25, 17 percent of people who sought medical help relied on shared bikes for going to the hospital.

Shared bikes of various colors are seen around the streets of Wuhan. They number the most in key areas, such as hospitals and grocery stores. To ensure that bikes are deployed in places where they are most likely to be used, maintenance personnel like Yang are also tasked with re-distributing the bikes around the city.

He is constantly on the move to maintain the availability of bikes. Every day, hundreds of bikes are moved to the warehouse for maintenance and re-distribution, which means that he needs to lift a bike, weighing around 17 kilograms, up and down a truck for hundreds of times. In the past, there were 14 people in his team. Now only two to three are available due to the coronavirus outbreak. 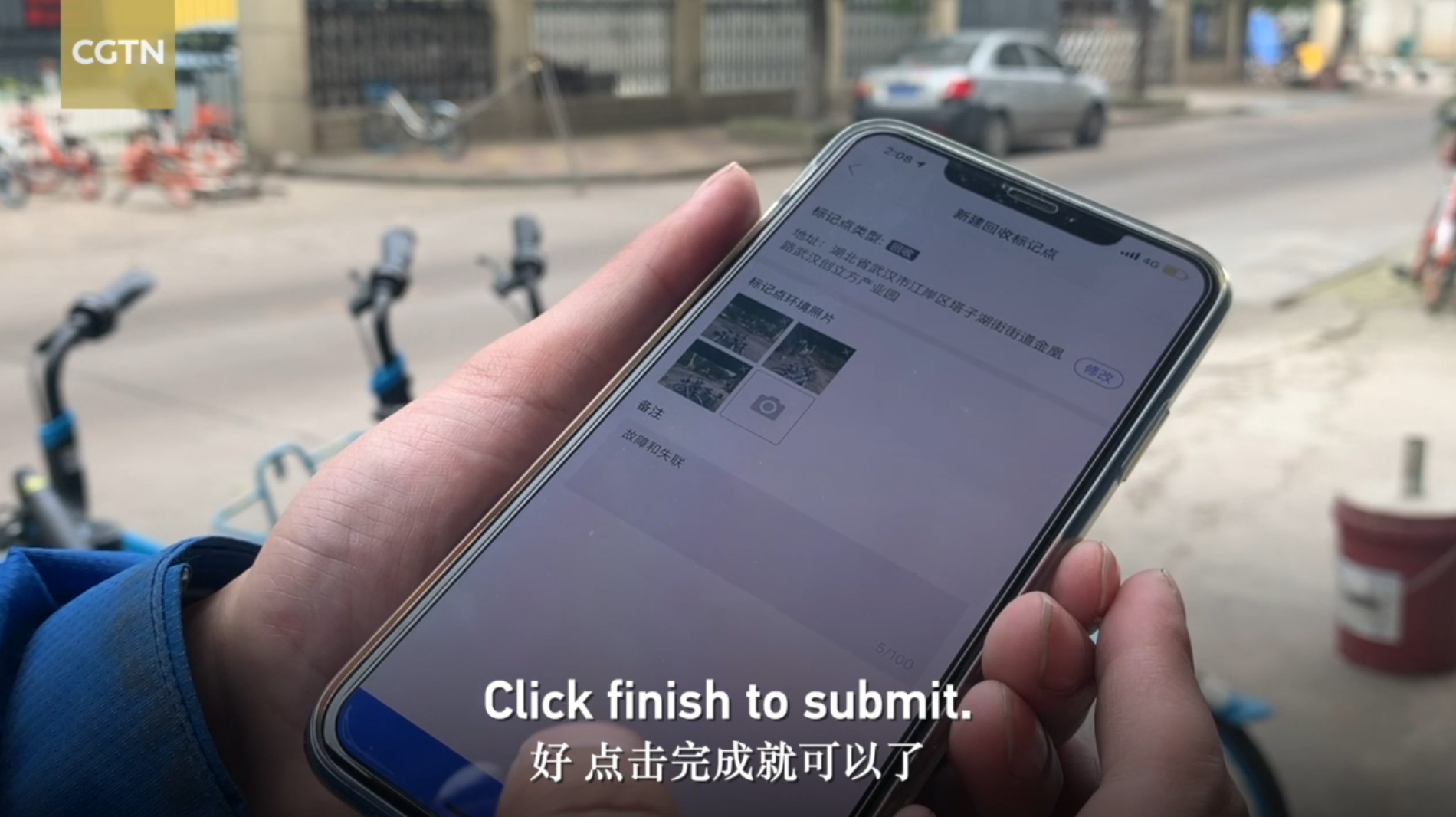 An app that Yang uses to document the location of broken bikes. Wang Kailin/CGTN

An app that Yang uses to document the location of broken bikes. Wang Kailin/CGTN

Some cannot come because they are stranded in their neighborhoods, while others are held back by traffic restrictions. After the lockdown that closed the city's main highway, going to the other side of the city has become difficult. A travel permit, issued by the city's transportation authorities, is required to move from one side of the city to the other.

But getting the permit application approved does not guarantee movement. The first time we tried to schedule a meeting with Yang, he could not get his permit and thus could not cross the Wuhan Yangtze River Bridge to meet us at Hankou District. After repeated attempts, he finally succeeded.

He had to go to Hankou because that is where bikes are disinfected, at Hellobike's central warehouse. Owing to the frequent use of shared bikes, maintenance staff needs to disinfect a bike, especially the basket and handle, with rubbing alcohol thrice a day. Bikes parked near hospitals and shopping malls, followed by those around office buildings and other transportation hubs, are on priority.

On February 17, China Urban Public Transport Association announced drafting a new hygiene standard for bike-sharing industry, co-authored by some of the industry giants such as Hellobike and Qingju. The new standard aims to make disinfection a standardized procedure. It contains specific requirements that the maintenance staff must follow to prevent cross-infection in bike use. 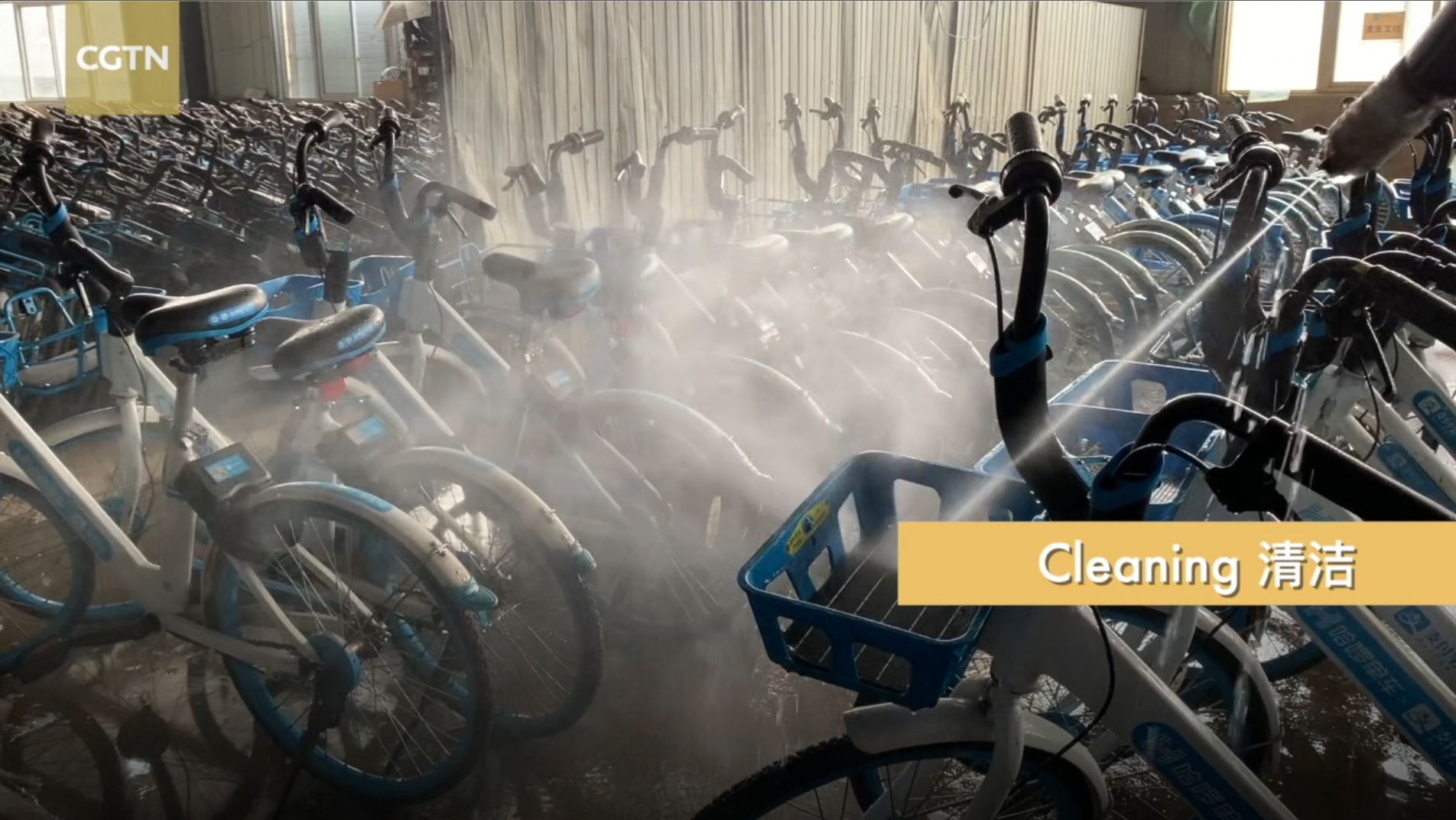 To address staff shortage, industry giants are calling for closer collaboration between bike-sharing companies. Bike maintenance personnel from different companies will be in charge of disinfection of bikes from all companies to boost work efficiency. This industry-wide collaboration among companies is unprecedented considering the strong competition in the bike-sharing market.

Yang said though he is not on the front line in the battle against coronavirus, his job is to provide a support network for those fighting on the front line. As he put the disinfected bikes back to the sidewalks in front of the hospitals, a few medical personnel came and scanned the QR code on the frame of the bike with their smartphones, hopped on the bikes and rode away.

"When people come out and see that bikes are parked in an orderly manner, they feel that there are still people at work, serving the people in the city," said Yang. He said he is in no way exceptional. Just like doctors, delivery workers and security guards, they are trying to maintain a semblance of normalcy for the city in lockdown.

He is glad that the shared bikes found their value in helping out the medical personnel in dire need of a rest. "If they walk back home, it will take around 30 minutes. But if they ride bikes, it takes about 10 minutes. What we can do is to help them save those 20 minutes so that they can have a better rest."