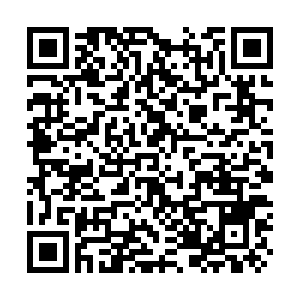 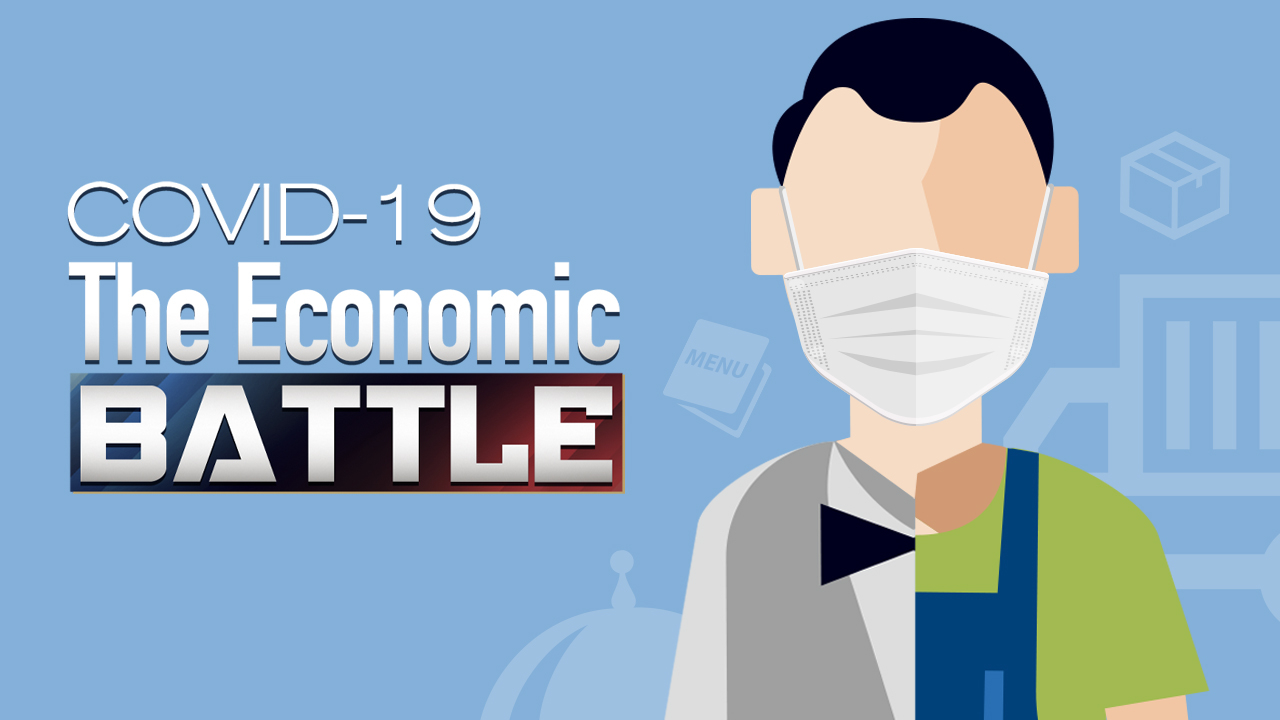 The "sharing economy" has been a popular business model in China for the past few years, as enterprises have explored shared bikes, cars and portable batteries. But now, some are sharing their employees.

Since the COVID-19 outbreak began in late December, people in China have been encouraged to stay at home to reduce chances of contracting the virus. It has caused a lot of sectors – such as catering, tourism and many other services – to suffer as they see less customers walk through the door.

To deal with the economic loss, some companies have recently come up with a creative idea – employee sharing – to allocate their human resources during the epidemic. "Sharing," which in this case refers to temporary hiring, moves employees from companies with a surplus of workers, to ones where there is an immediate need.

No customers, no cash flow

No boss wants to see his employees leave, so why are companies lending their workers out?

As of March 9, COVID-19 has infected over 105,000 people worldwide and claimed at least 3,800 lives, making the fast-spreading disease a global issue. 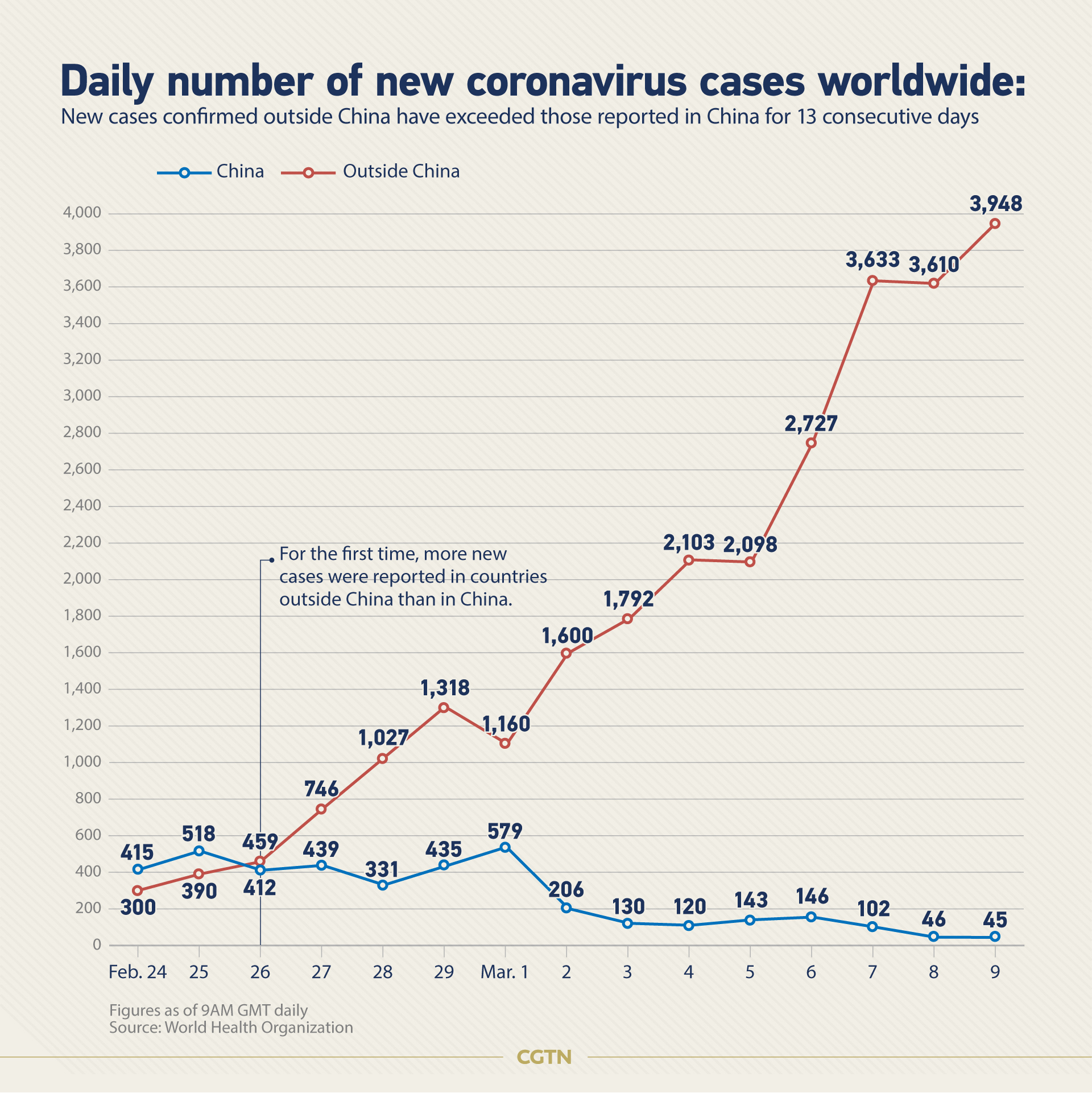 One of the industries hit hardest by the coronavirus is catering. Due to its strong reliance on walk-in customers and high cost of labor, Beijing-based restaurant chain Xibei has seen a cash flow shortage during this "silent" Spring Festival. A representative of Xibei told CGTN last month that they can only last for three months like this even if they pay their employees with the support of bank loans.

According to Xibei, labor accounts for one-third of its costs. Since late January, when the outbreak became serious, more than 60 percent of Xibei's restaurants have been closed.

"Our more than 20,000 employees are on the brink of losing their jobs," said the representative.

Xibei is not alone. Yunhaiyao, a Yunnan cuisine restaurant chain, has simultaneously encountered the same problem.

"We have closed most of our stores in Beijing. People can't go out to eat," said Chen Na, branding director of Yunhaiyao. "The closure means a big decline in our profit."

Along with restaurants, many KTVs, shopping malls and car rental companies also face the problem of empty halls. 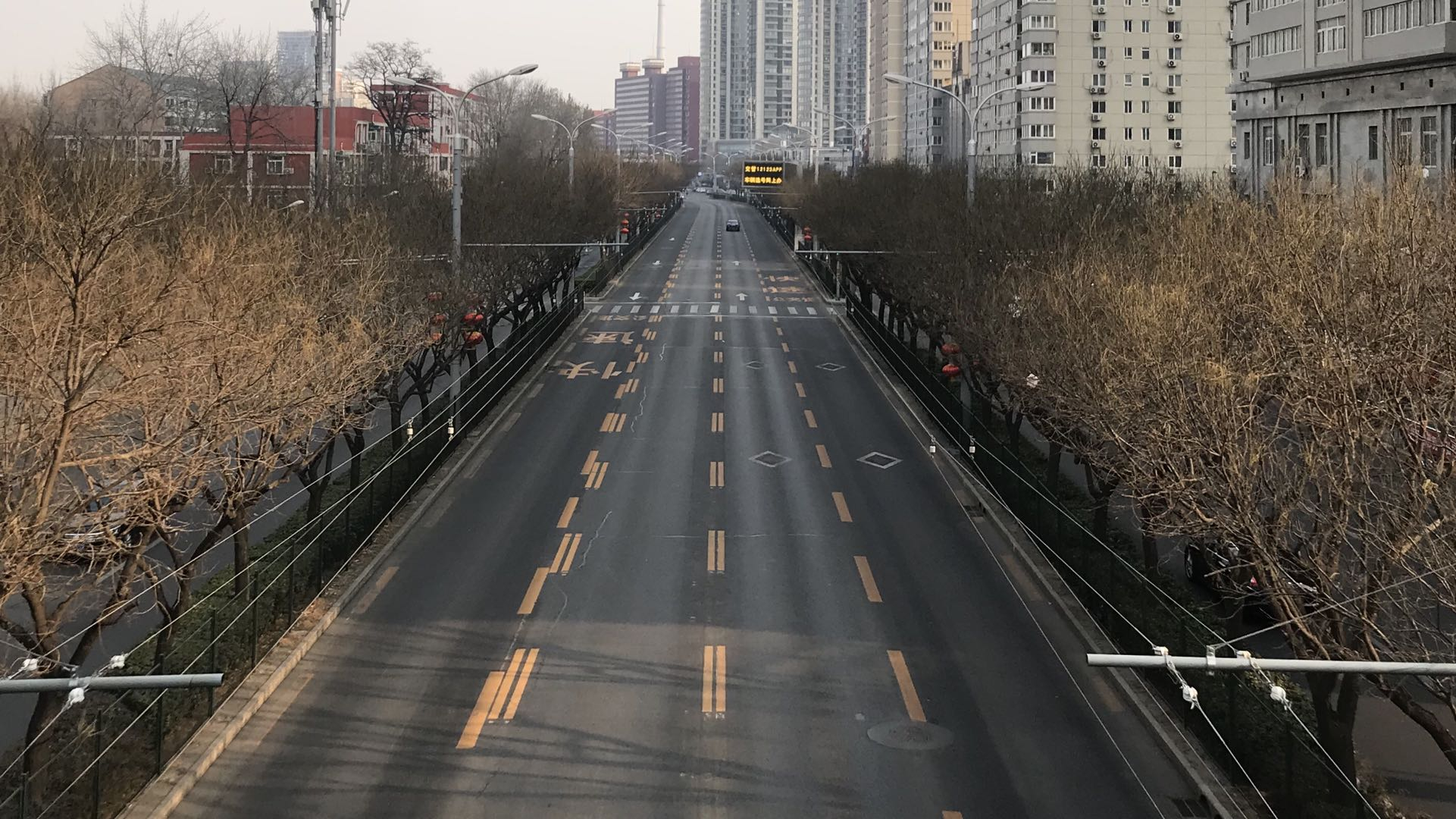 A Beijing street during morning rush hour on January 24, 2020, a day after the city of Wuhan went under lockdown. Wang Tianyu/CGTN

A Beijing street during morning rush hour on January 24, 2020, a day after the city of Wuhan went under lockdown. Wang Tianyu/CGTN

To cope with the cooldown, both Xibei and Yunhaiyao have sent hundreds of their employees to Hema, Alibaba's retail grocery chain, since early February.

The two food chains have strengthened their delivery force to avoid a backlog of raw materials, while lowering labor costs by sharing their staff through scheme.

Hema is famous for its fast and fresh grocery food delivery, which has helped it see a surge in both order and labor demand during the epidemic. But challenges always come with opportunity, as Hema quickly faced a workforce shortage.

Li Ling, the retail operation director of Beijing Hema, told CGTN that their customer flow and online orders shot up when COVID-19 first broke out.

"With so many orders, our staff couldn't keep up," said Li, adding that they negotiated with companies "which have been shut down or underutilized" to "borrow" their employees.

More than 3,000 new employees from over 40 companies in different sectors have joined Hema's employee sharing plan, according to Hema. Employees borrowed from other companies will be set up in their closed Hema stores. After a short training process, the majority of them can start work as either a goods sorters or a packagers.

Wei Yin was a waitress in Beijing's Qingnian Restaurant, which also lent employees to Hema early on. Wei, who is originally from Huanggang City, central China's Hubei Province, where the epicenter of the coronavirus is, was not able to go back home during the Spring Festival because of city's lockdown.

"Our restaurant had only a few customers during this period, so it doesn't need many staff," said Wei. Now working as a goods sorter at Hema, Wei told CGTN it was better than staying at home.

"I'm happy to work in a supermarket, helping people during this special period," she said.

Can the business model be copied?

The rise of employee sharing has prompted people to question if the flexible employment model is replicable. 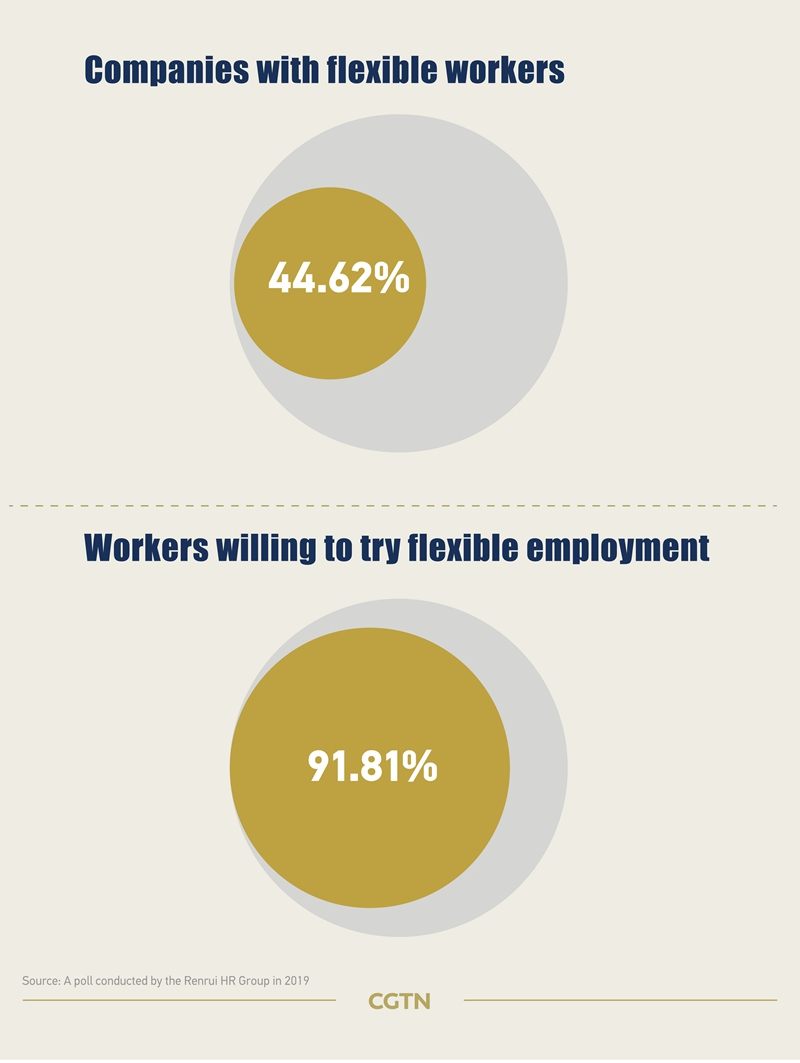 She explained the economic principle of employee sharing is that two firms must complement each other in labor demand, but the two aspects have to be checked.

First, "external shock affects their labor demand in opposite directions."

Second, "the magnitudes of the labor demand changes are comparable."

Zhong noted that "the same logic applies to other industries and firms (besides the catering sector)" if the two aspects are satisfied.

As soon as you find complementarity, you find an opportunity for partnership.
-  Zhong Ling, Assistant Professor of Economics at Cheung Kong Graduate School of Business

In the several cases of employee sharing that Zhong read about, "the lender pays the base salary (usually between 50-70 percent of the average total salary of an employee in the dining industry), the insurance premiums and the pension, while the borrower is responsible for the performance pay and social security."

Zhong said she understands it is now a buyer's market, or borrower's market, but she expects that "they'd be willing to share the cost of base salary with the lender."

She hopes that rules and laws can be formalized regarding employee sharing, and that the implementation of the employee's labor and social security, and the realization of their pay slips, will always be insured.

Regarding the adoption of employee sharing as a new form of employment status, Zhong believes that a more general flexible labor market will appear in the future.

"The unit of transaction will no longer be one (wo)man trades the total amount of output (s)he can provide in a year of time for his/her annual salary from a full-time job," Zhong said. "Instead, it will be one (wo)man completes a task to trade for the value of his/her contribution to the task."

"In short, we are going to see a platform for talents with a ton of high-quality workers who enter this market by choice, and do not want to chain themselves to one or a handful of employers," Zhong said.