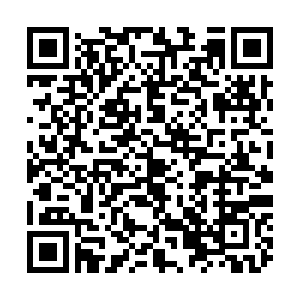 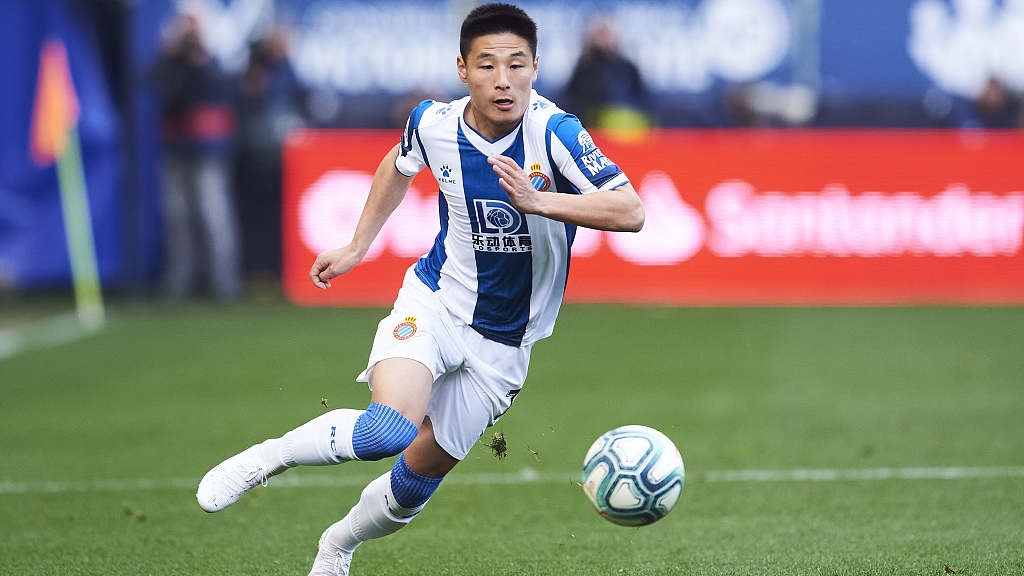 "The CFA has been informed by Spanish football club Espanyol that Chinese national team member Wu Lei was diagnosed with coronavirus," read a statement.

"Wu is currently receiving treatment after showing mild symptoms. The CFA is keeping close contact with Wu as well as Espanyol. We will render all necessary assistance to him contingent on how circumstances evolve."

"Hopefully, Wu will have a speedy recovery. Thank you for your concern," it added.

Espanyol announced on Tuesday that six members of their team had been diagnosed with the coronavirus. The Spanish first division's bottom club did not name the players or coaching staff who contracted the illness, but Spanish radio station Cadena COPE revealed on Friday that Wu was on the list of four infected players. 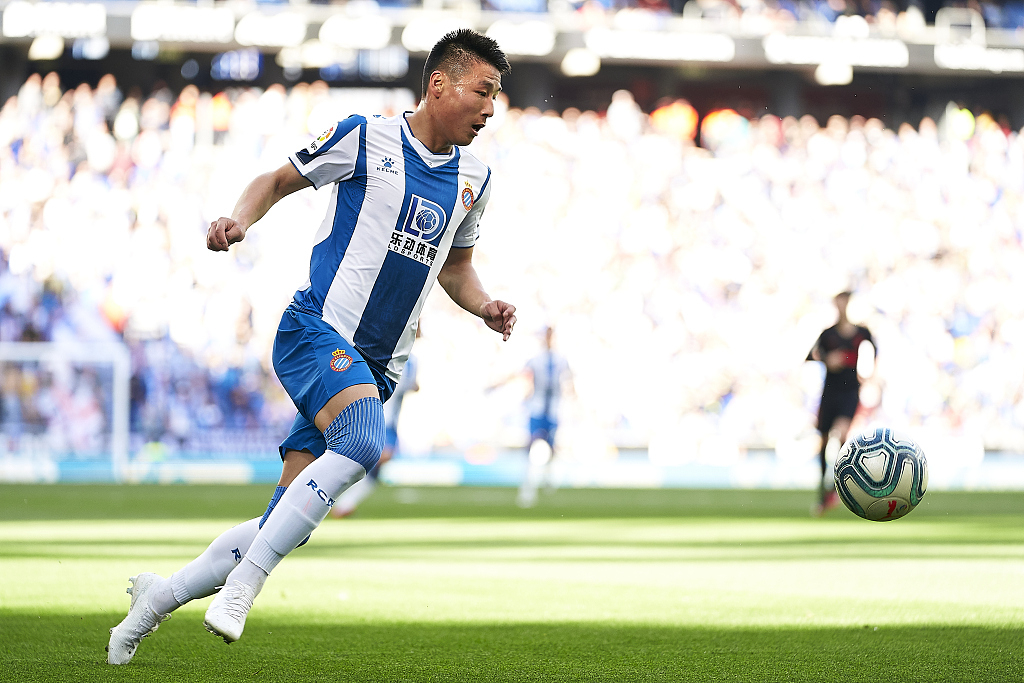 Wu Lei in action during the Liga match between Espanyol and Atletico Madrid at RCDE Stadium, Barcelona, March 1, 2020. /VCG

Wu Lei in action during the Liga match between Espanyol and Atletico Madrid at RCDE Stadium, Barcelona, March 1, 2020. /VCG

Tomas Guasch, the COPE journalist who first broke the news, said Wu exhibited typical symptoms of the coronavirus include fever, dry cough and shortness of breath before being tested for COVID-19.

He also quoted Espanyol's club doctor as saying that Wu and other five infected individuals were mild cases of the disease which do not require hospitalization. It is understood that all of them are self-isolating at home with a mandatory 14-day quarantine.

The report was later confirmed by Barcelona-based newspaper the Sport, who added that there had been some optimistic signs from Espanyol because all of those affected are "in good shape" and already "on path to recovery."

The 28-year-old striker is among the rare breed of Chinese footballer who excels in putting the ball in the back of the net, bringing attacking partners into play with his speed of thought, as well as creating space for teammates with clever movements.

"There are not many Chinese players who have been able to show their talents in Europe. I want to let the world know that there are players in China who can gain a foothold in the top European leagues," Wu said during his unveiling ceremony as a Espanyol player in January last year. 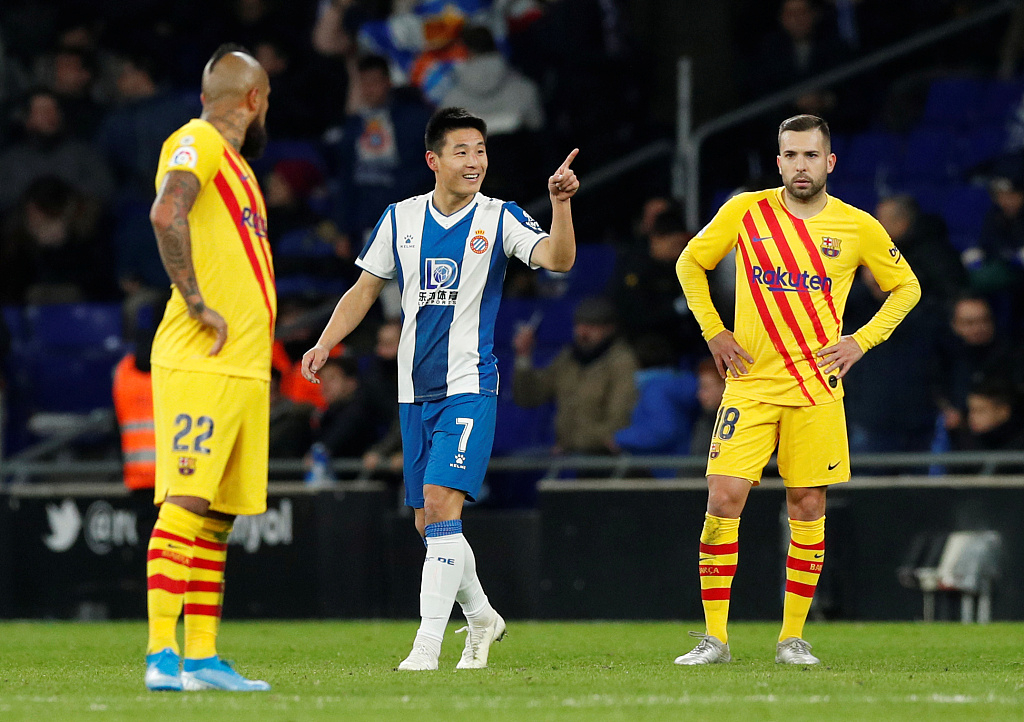 And the hype was certainly justified. On February 3, 2019, Wu made an impressive debut as Espanyol fought back from two goals down to earn a draw. He then made history two weeks later by becoming the first Chinese player to start a game in Spanish top flight La Liga.

Wu's growing reputation hit new heights in January when he overshadowed Barcelona superstar Lionel Messi by becoming the first Chinese to score against the Spanish giants in all competitions ever.

So far this season he has made 38 appearances for Espanyol, netting seven goals in all competitions before La Liga and almost all European topflight campaigns were cut short by COVID-19 pandemic.

On Wednesday, another Spanish team Alaves also confirmed a total of 15 positive coronavirus cases. The news comes after Valencia announced that about 35 percent of the club's players and staff have been diagnosed with the virus.

Spain is Europe's second-most affected country by the coronavirus outbreak after Italy, with more than 1,000 confirmed deaths and nearly 20,000 confirmed cases by Friday.