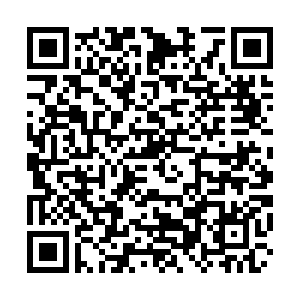 Tuesday was supposed to be primary day in Georgia. The COVID-19 pandemic put paid to that. Ten states and Puerto Rico have also postponed their contests, and many of the other 12 states yet to vote, plus Washington D.C., will likely follow with delays.

In election years past, rallies would be in full flow, activists on the streets and candidates pressing the flesh with voters across the country as online operations purred silently in the background.

But with face-to-face fundraisers out and the rallies that bring Donald Trump energy as well as a swathe of free airtime and voter data cancelled, 2020 has become a digital first campaign.

Online electioneering has evolved gradually in the U.S., from a simple Bill Clinton website in 1996 to the game-changing mobilizing and fundraising network developed by Blue State Digital for the Obama team in 2008 and now to the fearsome digital arm powering the Trump 2020 effort.

4 ways COVID-19 will impact the election

Trump is making U.S. more isolated than ever

As free media coverage for Democratic hopefuls Joe Biden and Bernie Sanders dries up and Republican Trump attempts to recast himself as a "wartime president," campaigning continues unabated online as candidates adapt their playbooks with fundraising appeals, livestreamed speeches and partisan attacks in a virtual world immune from lockdowns.

In an age of misinformation and intense partisanship questions remain about how secure the U.S. is for a digital-dominated campaign. It's more vital than ever that candidates are prepared for the online battleground. 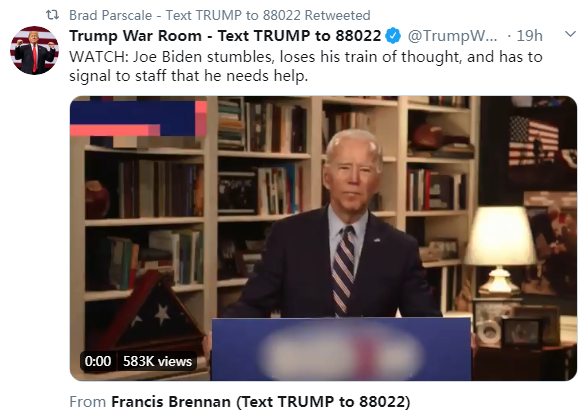 Trump 2020 is overseen by Brad Parscale, who led the then outsider's Facebook-focused digital campaign in 2016 and has barely broken stride since – the campaign for reelection has been raging since inauguration over three years ago, and acquiring data has been at the forefront of efforts behind the scenes.

With over 94 million U.S. dollars in the bank, according to the latest Federal Election Commission (FEC) filings, Trump is in a strong position to run a powerful digital campaign on the back of the foundations laid by Parscale.

The campaign's messaging is less certain in 2020: two months ago it was all about the economy, now there's almost certain to be a deep recession. But the mix of super-partisan tactics, fast rebuttals, effective micro-targeting such as geofencing – as well as alleged distortions and dark arts – continue.

Trump's personal online interaction is largely limited to Twitter, which he is using to road test possible messages, varying from "THIS IS WHY WE NEED BORDERS!" to xenophobic tags, suggesting the America First rhetoric could be ramped up even further, as well as boasts of his leadership in a time of crisis.

The 2020 campaign team is clipping the daily COVID-19 briefings from Trump and Vice President Mike Pence and targeting them hard at voters. 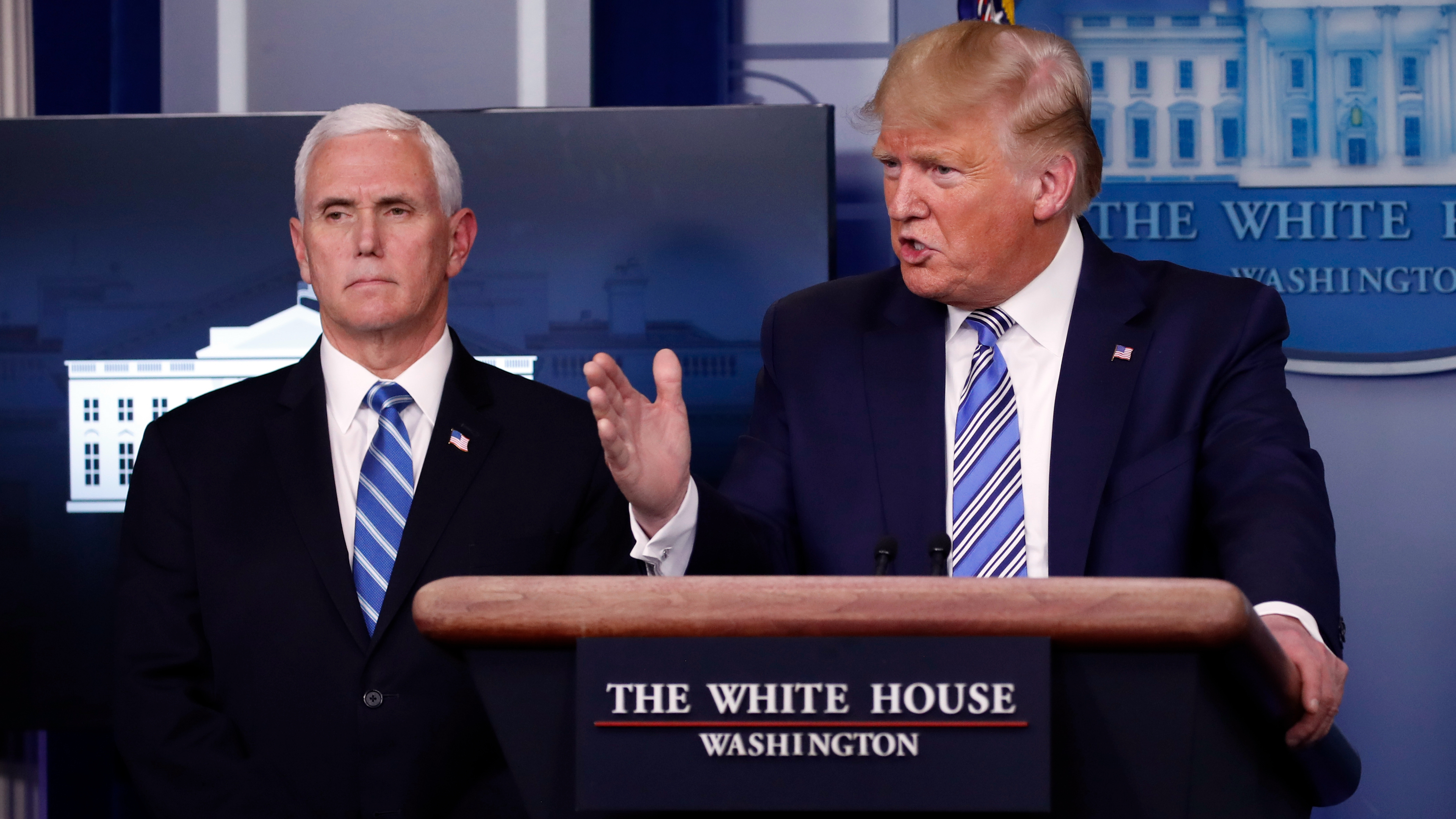 Biden is playing a game of catch up. Before his huge win in South Carolina, less than a month ago, he looked down and out, struggling to pay for advertising — now he is almost certain to be the Democratic nominee. In February he was out-fundraised by four other Democrats, according to FEC filings, and even as his campaign took off in early March he had substantially fewer staffers than his rivals.

He didn't have the money to build a strong digital infrastructure, but the pause in traditional campaigning gives Biden a chance to reset. He has already hired Jennifer O'Malley Dillon as the new campaign manager and claims to have hauled in 33 million U.S. dollars in the first half of March.

Hiring staff from former rivals is normal, but organizing at a time of lockdowns and uncertainty is untested. It points to this being the most digital campaign yet, and so far Biden has struggled to make a mark. As the oxygen from coverage of his campaign was taken by coverage of the pandemic, the hashtag #whereisjoe was trending on Twitter for two days last week.

Rob Flaherty, Biden's digital director, accepted that there was work to do, telling the AP: "He's the best retail politician in the entire world, right? So how do we build systems where he can go out and meet people, still talk to people, get those one-on-one engagements, and also make people feel like they're a part of something?"

With all the media focus on the government response, the 77-year-old will struggle to force himself into the conversation regularly. He showed up in an awkward livestream last week, at one point wandering off camera, and appeared again on Monday with a critique of the president's handling of the crisis.

"For too long, the warning signs were ignored. For too long, the administration said the threats were 'under control,', 'contained,' , 'like the flu'. The president says no one saw this coming. Well, that's just not accurate," he said.

Such commentary is likely to be repeated, though an advantage of being the challenger is not having to make the big decisions. The former vice president's team is now trying to build the digital infrastructure that his campaign lacks, though Parscale believes that'll be tough.

"You cannot just build an app, or build out data, in the few months you have from the Convention," Parscale was quoted in the New Yorker as saying. "The Democrats will have that problem this time. As they all interfight, we are building for our future."

Gloves are off: Trumpians turn to disinformation

As the Biden campaign ramps up, sending repeated fundraising requests, it is also promoting videos online of Trump not taking the situation seriously in the early days of the public health emergency, likely to be one of the core attack lines over the coming months.

On Sunday, the team published a side-by-side video of Biden and Trump answering a question about their message to scared Americans. Trump tells the questioner he's a "terrible reporter," while Biden sets out his policy proposals.

The race appears almost over for Sanders, an impression added to by his decision not to fundraise and instead point potential donors towards charities helping tackle the pandemic. Aided by his wide support among young voters and impressive online fundraising hauls, he would have an established infrastructure to take the digital fight to Trump – were his real world delegate numbers not so weak.

As the digital race picks up pace Trump is far ahead in terms of money and infrastructure, leaving the Biden campaign scrambling to work out how to compete in an online arena which is more important than ever in 2020.