Great auk: Flightless 'penguin' hunted to extinction for its feathers
By Xu Chenlu 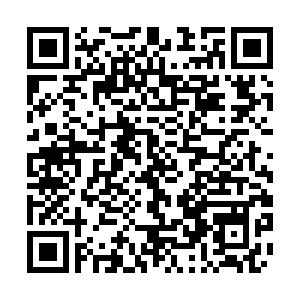 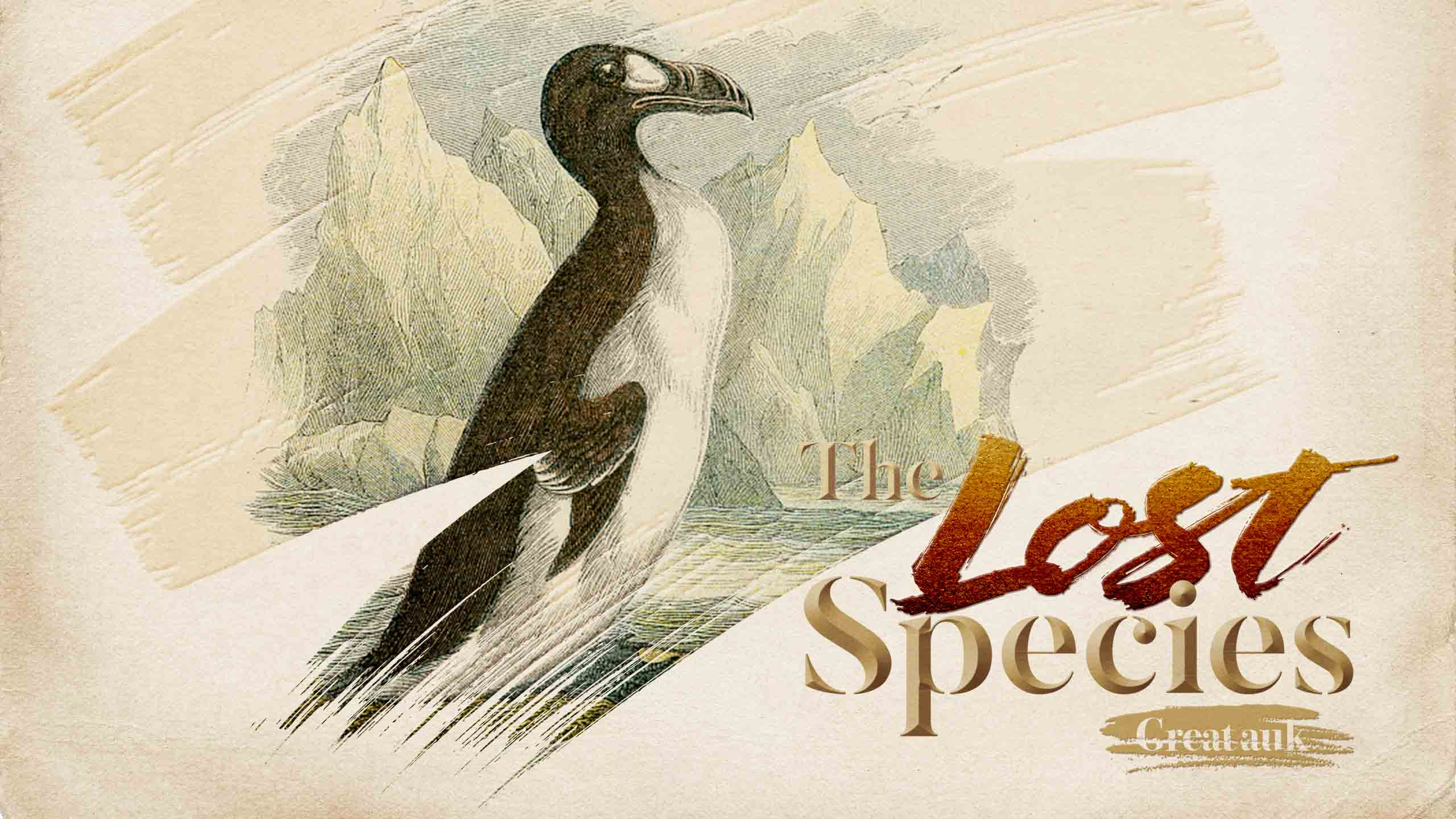 The majority of penguins live in the Southern Hemisphere, but there was once a bird in the Northern Hemisphere that looked very similar to the adorable penguins we know today, with black and white feathers, a plump body and short fin-like wings.

However, don't waste your time daydreaming about a family trip to observe this bird the same way you watch penguins – it's already extinct due to overhunting for its beautiful feathers. 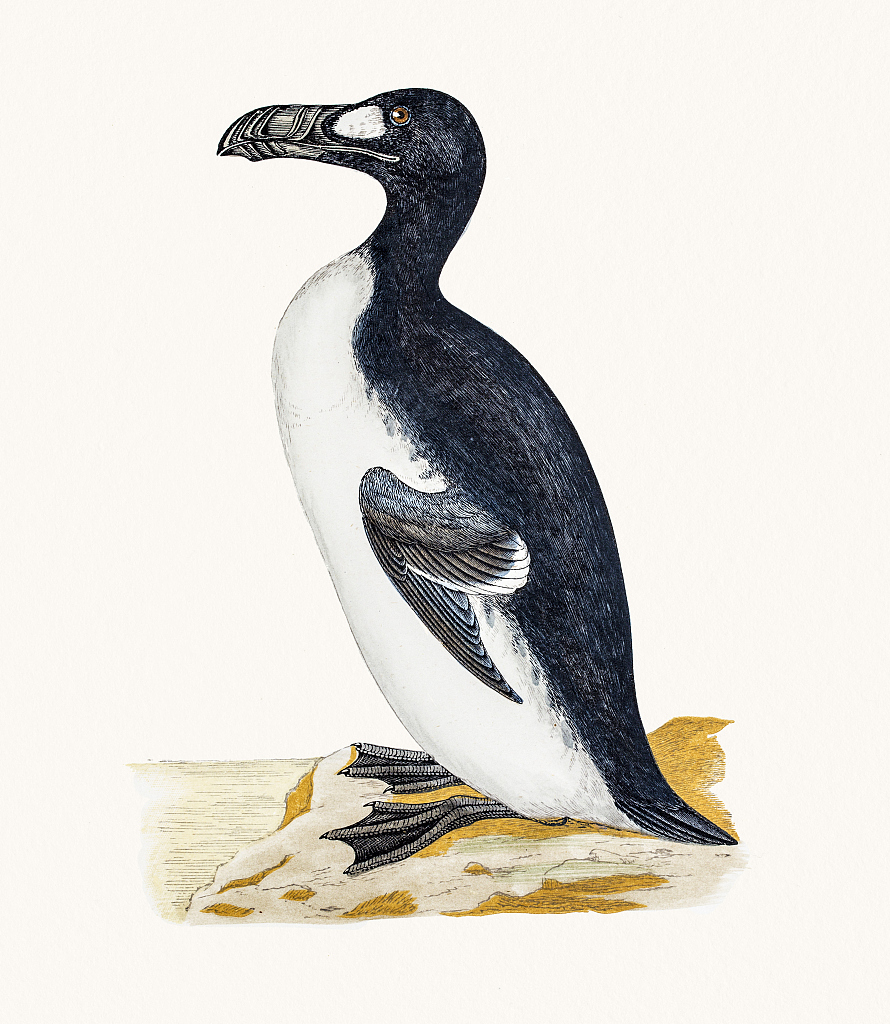 Picture of a great auk. /VCG

Picture of a great auk. /VCG

The great auk, the only modern species of the Pinguinus genus, was once widely distributed in the cold coastal waters of the North Atlantic, along the coastlines of Greenland, Canada, Iceland, Norway and Great Britain.

Though they resemble penguins, the two species are not actually related. The great auk is more related to the puffin, another auk species that lives in the North Pacific Ocean, and they share the same habit of laying eggs and breeding on bare rocks or cliffs. 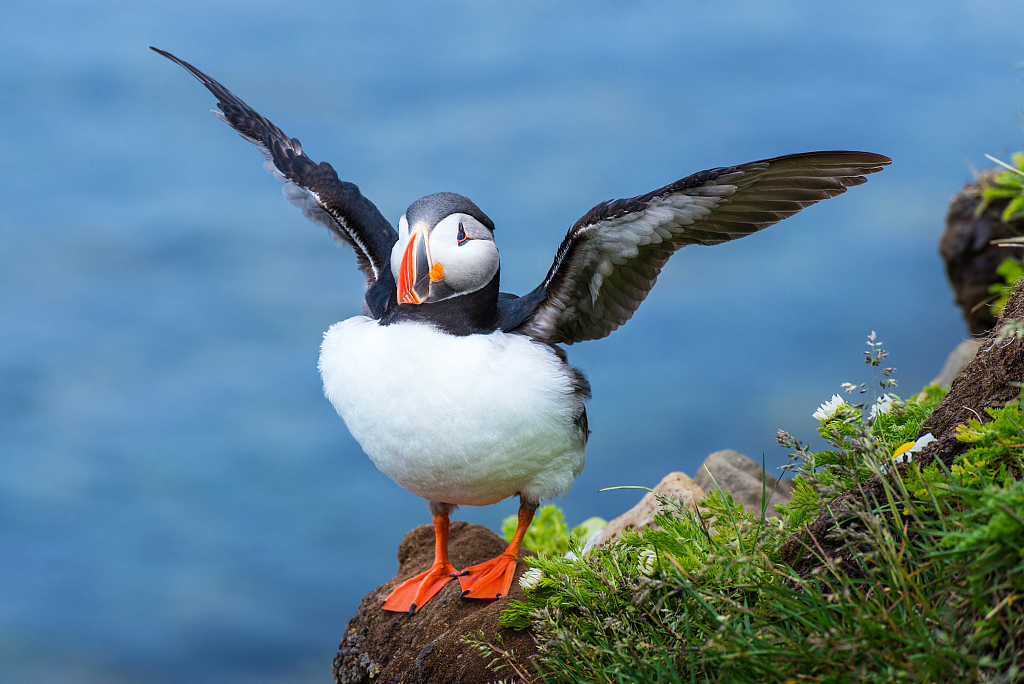 Puffin, the "real" relative of the great auk. /VCG

Puffin, the "real" relative of the great auk. /VCG

Great auks were an important part of Native American cultures, both as food and as a symbol. Their meat as well as feathers, which were used to make or decorate clothes, were prized, leading to hunting. As the hunting was not excessive, the great auk population was not heavily diminished before the 16th century. However, the arrival of European explorers broke this balance. 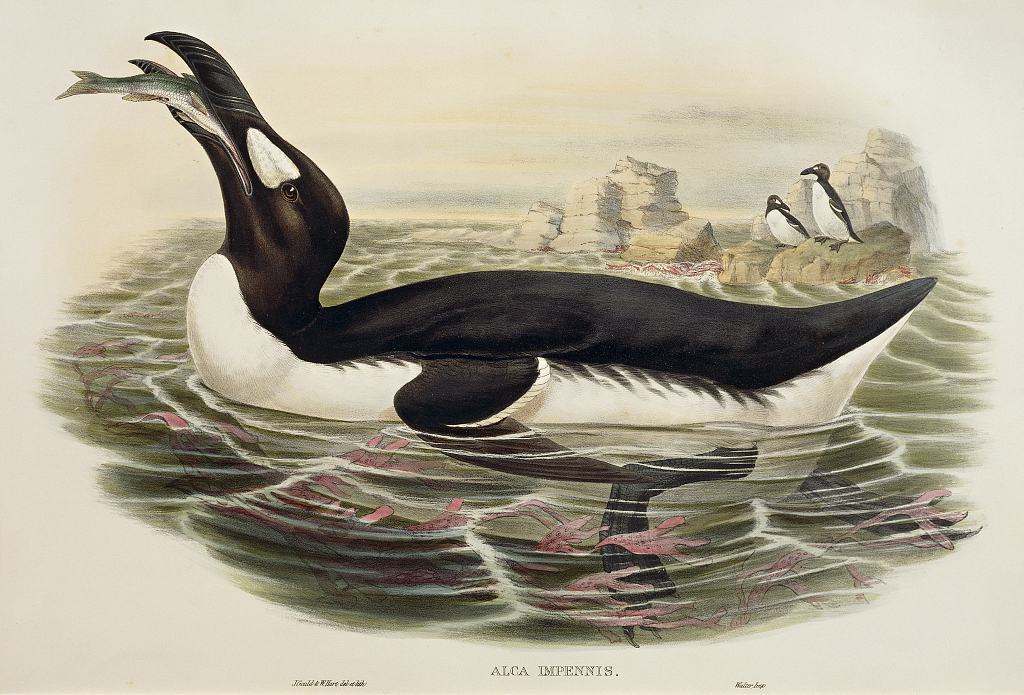 Picture of a great auk hunting for fish. /VCG

Picture of a great auk hunting for fish. /VCG

By the mid-16th century, the great auk's numbers fell drastically as they were hunted for their feathers, which were used to make pillows. In 1794, Great Britain banned the hunting of great auks for their feathers. However, poaching was still rampant. Later, as their rarity increased, rich Europeans became more interested in collecting the birds and their eggs, which increased the great auk's chances of reproduction. 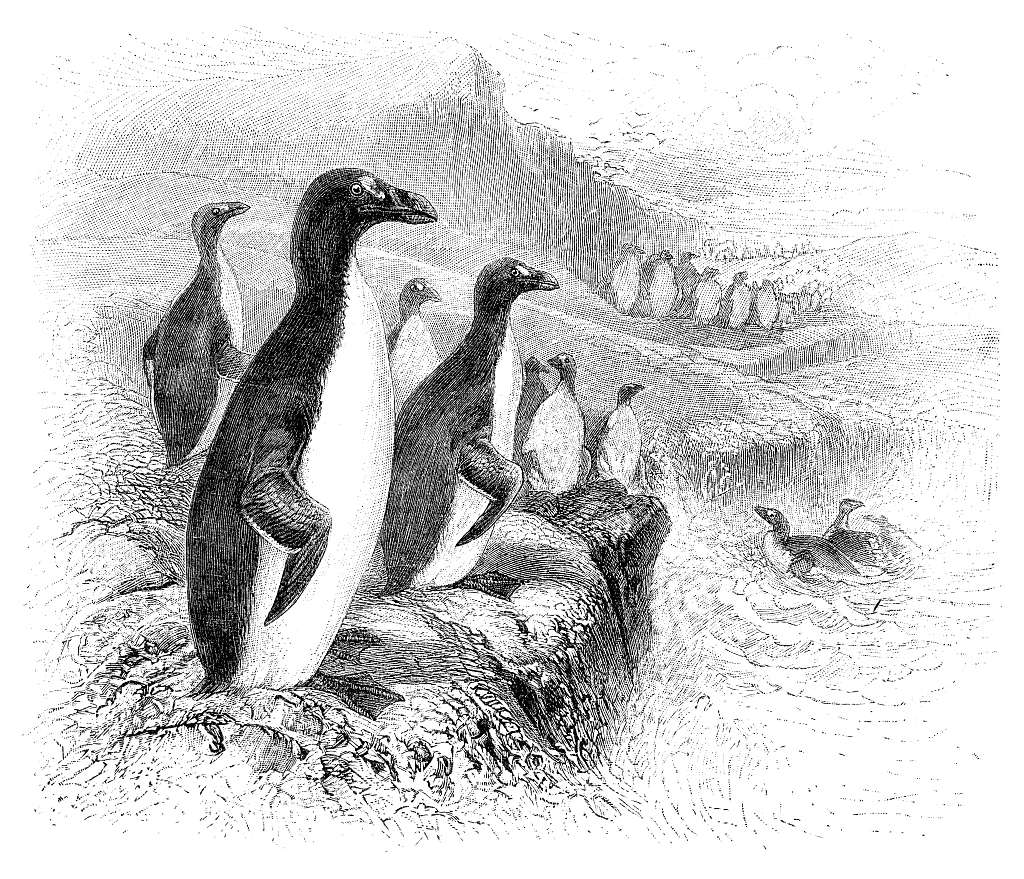 The last flock of great auks was forced to move to Eldey Island. /VCG

The last flock of great auks was forced to move to Eldey Island. /VCG

Following an eruption on Iceland's Geirfuglasker Island in 1830, the last flock of great auks was forced to move to the island of Eldey, where poachers found easy access to the birds, and captured and sold them to museums for a steep price. The last pair of great auks, which was found incubating an egg, was finally killed on the island on June 3, 1844, upon request from a merchant who hoped to get specimens. From then on, the great auk only existed in history books, museums and collectors' houses.