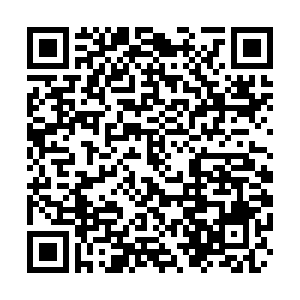 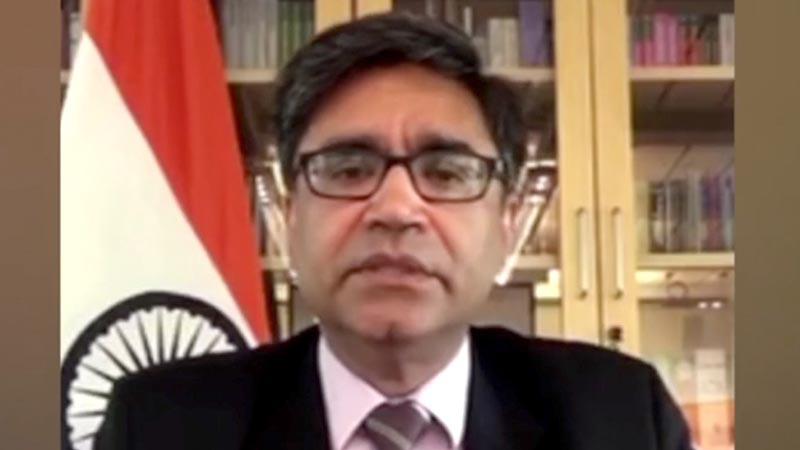 Indian Ambassador to China, Vikram Misri, briefed the media via a virtual press conference on Tuesday, saying India and China will continue to cooperate in efforts to fight the COVID-19 pandemic. He said the two countries have considerable space for cooperation in the current crisis.

Ambassador Misri thanked the Chinese government for taking extra measures for ensuring the supply of high-quality drugs at reasonable prices.

However, he pointed out that several Chinese companies are facing difficulties in getting the license for producing certain drugs that are direly needed by Indian hospitals, since the registration for such licenses in China has become stricter since the outbreak, hoping that the Chinese authorities would expedite the re-registration process of these companies.

India extends nationwide lockdown to May 3

Indian ambassador calls to rise above differences amid pandemic 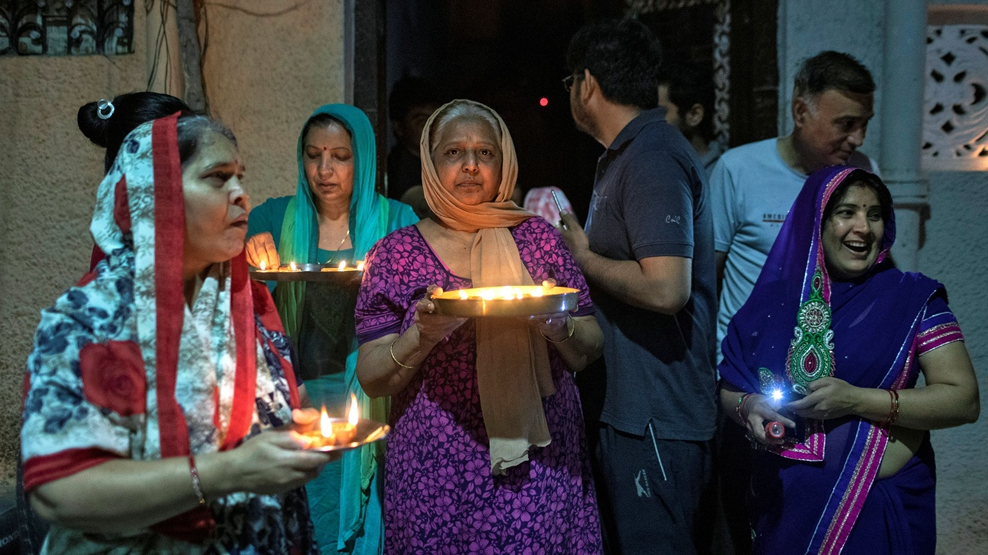 Residents hold lamps outside their houses after Indian Prime Minister Narendra Modi appealed to Indians to turn out their lights for nine minutes at 9 p.m. to mark the fight against COVID-19, in New Delhi, India, April 5, 2020. /Reuters

Residents hold lamps outside their houses after Indian Prime Minister Narendra Modi appealed to Indians to turn out their lights for nine minutes at 9 p.m. to mark the fight against COVID-19, in New Delhi, India, April 5, 2020. /Reuters

While talking about medium and long-term collaboration, Ambassador Misri said both India and China are large medicine exporters and researchers, and the two countries should work together in the R&D of life-saving drugs, not just COVID-19 but also for other diseases.

The year 2020 marks the 70th anniversary of the establishment of the India-China diplomatic relations. Ambassador Misri said both sides have strengthened their friendship during these difficult times. As responsible regional powers, India and China are taking the responsibility to help neighboring countries through financial assistance, medical supplies and data sharing, the ambassador said.

Tuesday's briefing also revealed that India has collected over 10 million U.S. dollars in an official charity fund to help those rendered homeless and jobless by the pandemic in the Asia-Pacific region.

Ambassador Misri said India has extended help to countries like Bangladesh, Myanmar and Nepal. He said Indian Prime Minister Narendra Modi organized food and relief supplies for over 220,000 people in March. In India, over 2,000 temporary camps are being set up to shelter those who don't have access to house quarantine.