FIFA official: international football could be wiped out in 2020, AFC extends shutdown
CGTN 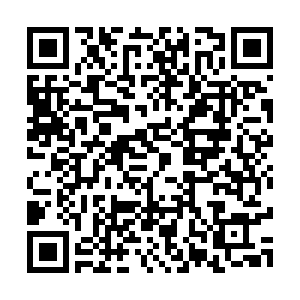 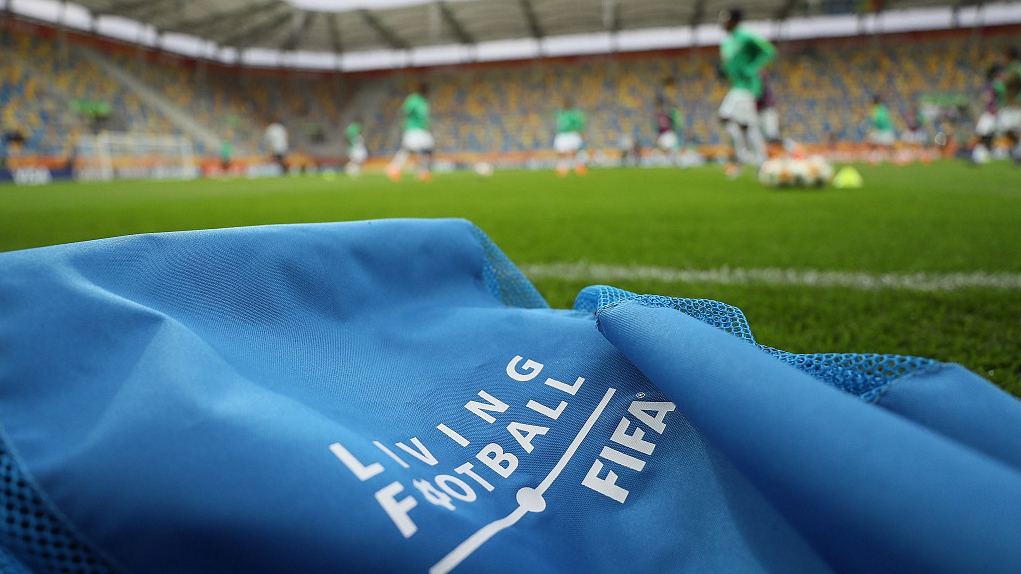 Global football has taken a major hit from the worsening COVID-19 pandemic, with almost all professional leagues suspended and the Euro 2020 Championships postponed. As the number of coronavirus infections near 2 million around the world, FIFA Vice President Victor Montagliani has warned that the shutdown is likely to remain in place for a long time.

International fixtures during the March and June windows have already been called off, and Montagliani believes the September, October and November windows for national team matches could also be scrapped.

"I personally think that might be a bit of a challenge, not so much because of just the health issues around the world and the various degrees of preparedness, but also committing to international travel as soon as we come back," said Montagliani in a video interview.

"I think that domestic football is a priority. September is still in the books, but I would garner to say that I'm not sure it's there on solid ground the way things are trending right now," he added. 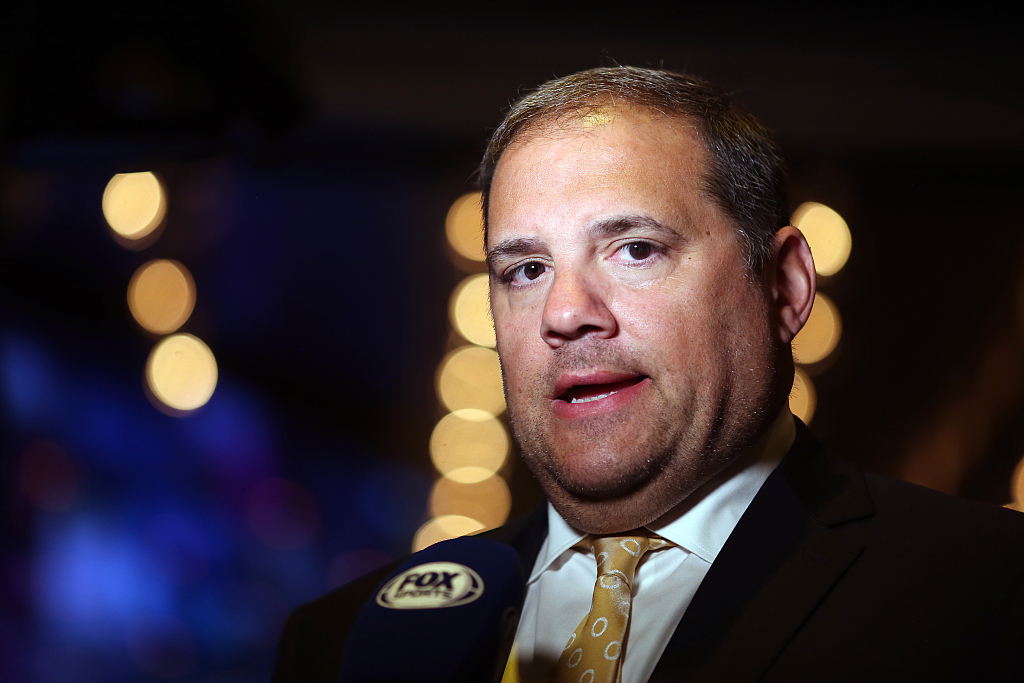 FIFA Vice President Victor Montagliani says international soccer might not be played until 2021 due to coronavirus pandemic. /VCG

FIFA Vice President Victor Montagliani says international soccer might not be played until 2021 due to coronavirus pandemic. /VCG

"If we get the green light to play a football match. I highly doubt that first football match will be with fans. I just can't see that. I think that would be... a massive risk," Montagliani detailed.

"I'm pretty sure it'll be a phased-in approach, just like the rest of society is going to be is then in terms of us trying to get back to normal here," said Montagliani, who also heads a FIFA working group formulating plans to deal with the impact of COVID-19.

"We're likely going to be having to seriously look at reformatting some of our events," he added. "We're committed to our final four (in the Nations League). But we have other events that we have to probably look at reformatting, whether it's some of our youth competitions, even our World Cup qualifying , where we're going to have to, in the balance of probabilities, look at how that would work in a situation where the calendar there is now less than what we expected it to be."

Meanwhile, the Asian Football Confederation (AFC) announced on Tuesday that it has postponed all games and competitions scheduled for May and June until further notice.

"As one of the first confederations in world football to undertake precautionary measures in light of the COVID-19 outbreak, the latest decision reinforces the AFC's commitment to ensure the safety and well-being of players, participating teams, officials, fans and all stakeholders," read a statement. 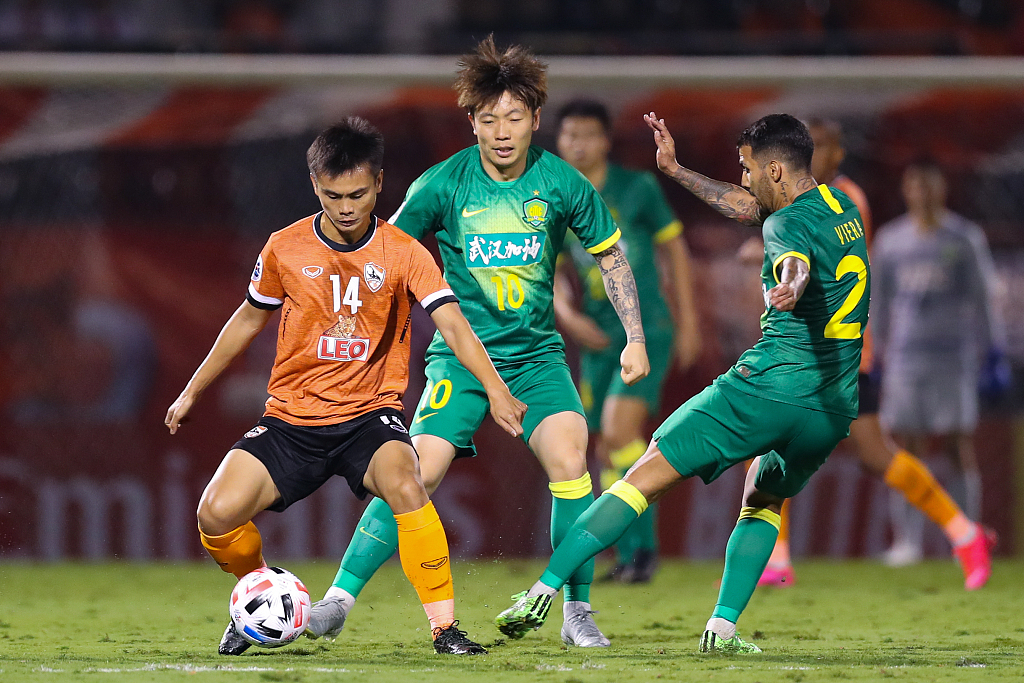 The AFC Champions League has been severely affected since the coronavirus outbreak. Less than two of its six rounds of group-stage matches have been completed so far and the Asia's showpiece event will face severe congestion even if it returns in July.

The extended shutdown also means that the women's Olympic qualifying playoff between China and South Korea, which had already been moved to June from April, is set to be postponed again.

Elsewhere, Shandong Luneng midfielder Marouane Fellaini has been released from hospital after testing positive for coronavirus last month. The former Manchester United star has now recovered and praised the hospital staff for their work.

"The time has come for me to thank from the bottom of my heart the medical staff of the hospital, their nursing staff as well as my club and its medical staff for taking such good care of me with so much kindness and for ensuring my comfort whilst there," said Fellaini on Instagram.

"The hardest part is behind me! Let's keep fighting, it's important," the Belgian star added.

Fellaini is the first Chinese Super League (CSL) player to contract the deadly virus. His addition to the list of the infected had cast doubt on the return of the CSL which has already been put on hold on January 30 ahead of the season's scheduled start on February 22. 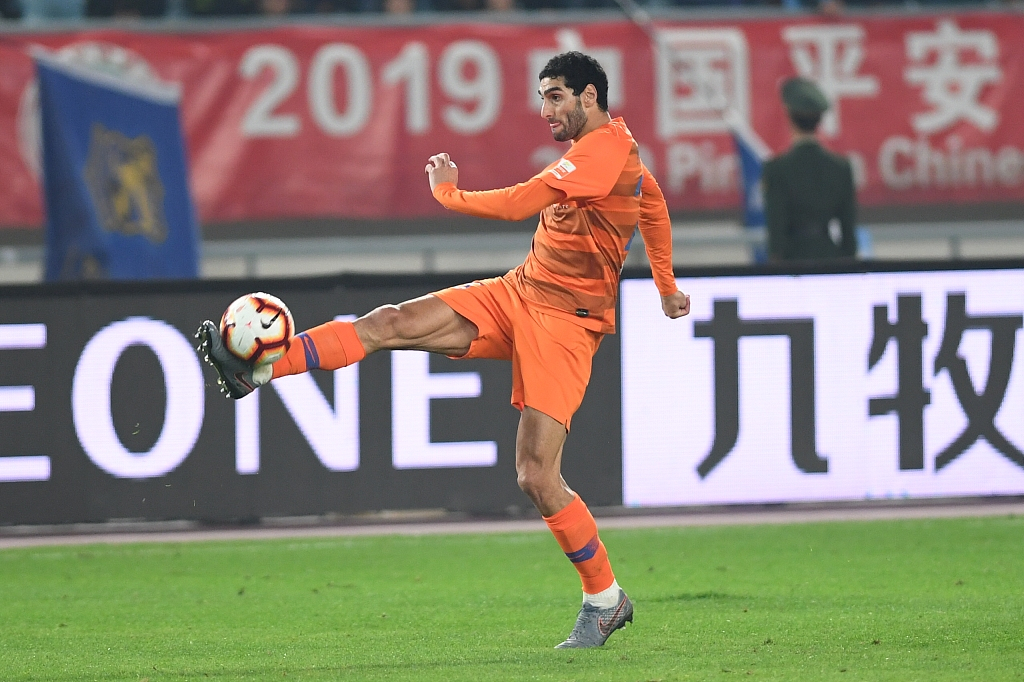 In a further sign that the COVID-19 pandemic is putting top-flight clubs on edge, eight-time CSL champions Guangzhou Evergrande announced on late Tuesday that they have terminated the contract of Yu Hanchao after a video surfaced on social media that the China international was altering his licence plate.

"The player Yu Hanchao has severely violated the disciplinary provisions of the club," Evergrande said on their official website. "After careful thought and deliberation, he was dismissed."

The 33-year-old winger was caught attempting to change an E to an F on his number plate so as to sidestep local traffic restrictions, according to Guangzhou media outlets.

Earlier in the day, the Guangzhou traffic police confirmed in a statement via Weibo that Yu has been detained and will be facing 15 days in custody, a fine of 5,000 yuan (709 U.S. dollars) and a 12-point penalty on his driver's licence.