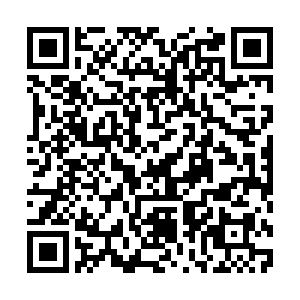 Stating that China is aware of the deep connection between the UK and the Hong Kong Special Administrative Region (HKSAR), Chinese Ambassador to the UK Liu Xiaoming has urged the UK to respect China's core interests regarding the enactment of national security legislation in the city.

Liu made the comment during a virtual chat with China's top envoy to Russia Zhang Hanhui and Xing Hanming, China's ambassador to the Republic of Korea, on China Central Television on Sunday, following a high-profile press conference by Foreign Minister Wang Yi in Beijing.

During his annual press conference on the sidelines of the National People's Congress session, Wang, who is also China's state councilor, answered 23 questions ranging from China's bilateral relations with countries like the U.S. and Russia and the Belt and Road Initiative to a post-COVID-19 world  and China's peaceful development to Afghan situation.

Referring to Wang's answer, Liu said the national security legislation for the HKSAR is necessary, imperative and pressing. He said the law would fix legislative loopholes, as it has been held in abeyance since 1997.

Liu said Article 23 of the Basic Law says Hong Kong shall enact laws on its own to safeguard national security, but that it has become stigmatized and demonized, which has made it very difficult for the Legislative Council to pass the legislation. However, the law is necessary to protect the city from outside interference.

The law will only target those who attempt to split the country, subvert state power, and organize and carry out terrorist activities, he said, adding that the law would also target foreign and external forces seeking to interfere in Hong Kong's affairs.

Noting the deep connection between the UK and China's Hong Kong, Liu said maintaining the city's stability and prosperity fit into both China and the UK's interests. Citing the UK government's interference in Hong Kong's affairs during the unrest last year, Liu reminded the UK that such actions only serve to damage China-UK diplomatic relations.

"For this legislation, we ask the UK to accurately understand the items of the law, to take the legislative matter in an objective and impartial way, to respect China's position and concern, to respect China's core interest and to stop interfering Hong Kong's affair," he said.

According to Liu, some 300,000 UK citizens currently live in Hong Kong, and over 700 UK companies operate in the Asian financial hub.

The draft stated clearly that China will "unswervingly, fully and faithfully" implement the principles of "One Country, Two Systems," "the people of Hong Kong governing Hong Kong" and a high degree of autonomy, they said.

Addressing the post-COVID-19 world, Liu elaborated on the idea of building a global community of health for mankind proposed by President Xi Jinping at the World Health Assembly.

The UK will host a global vaccines summit on June 4, and Chinese delegates will also attend the conference, Liu said.

(Cover: File photo of Chinese Ambassador to the UK Liu Xiaoming /Chinese Embassy to the UK)