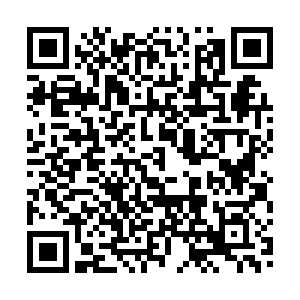 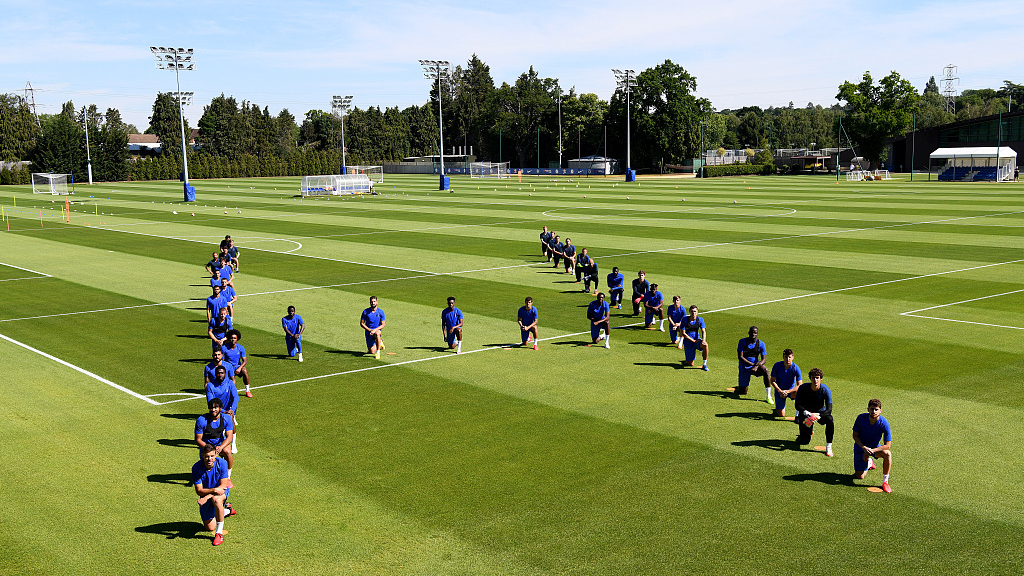 Chelsea squad take the knee during a training session in the formation of H for "human" at Chelsea Training Ground, June 2, 2020. /VCG

Chelsea squad take the knee during a training session in the formation of H for "human" at Chelsea Training Ground, June 2, 2020. /VCG

World football governing body FIFA has joined sports leagues, teams and players around the globe to express solidarity amid outrage over the death of George Floyd, an unarmed black man killed in police custody in the United States.

FIFA, an organization that has had zero tolerance for players expressing personal views about politics, religion and social issues on the field, has asked competition organizers to use "common sense" with athletes who show messages of protest over Floyd's death.

In a statement on Tuesday, FIFA said it "fully understands the depth of sentiment and concerns expressed by many footballers in light of the tragic circumstances of the George Floyd case."

Applying the laws of the game is the responsibility of competition organizers, such as domestic leagues, who FIFA said "should use common sense and have in consideration the context surrounding the events." 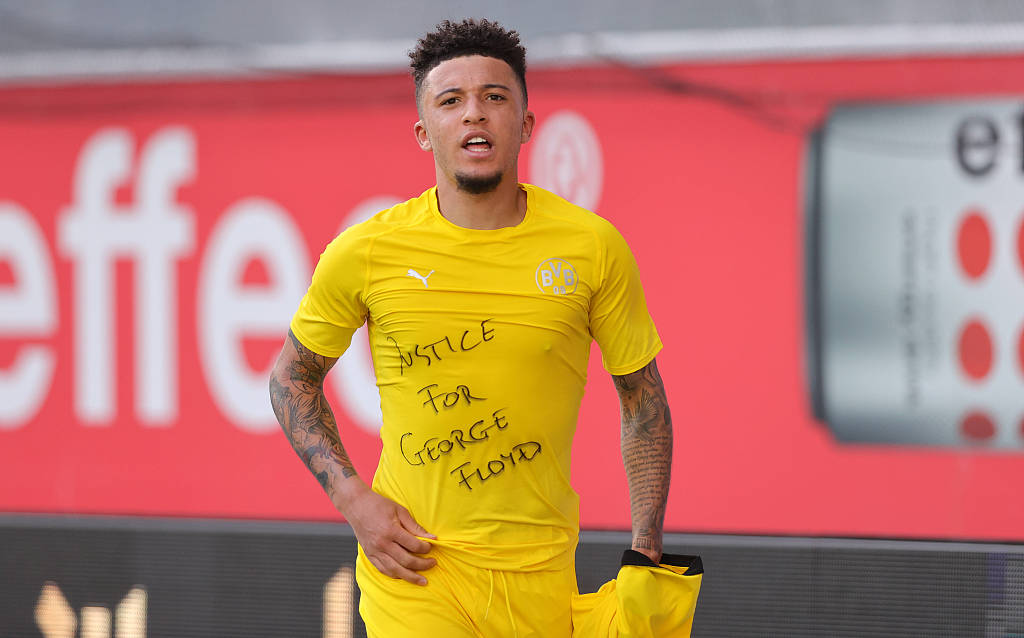 "For the avoidance of doubt, in a FIFA competition the recent demonstrations of players in Bundesliga matches would deserve an applause and not a punishment," he said. 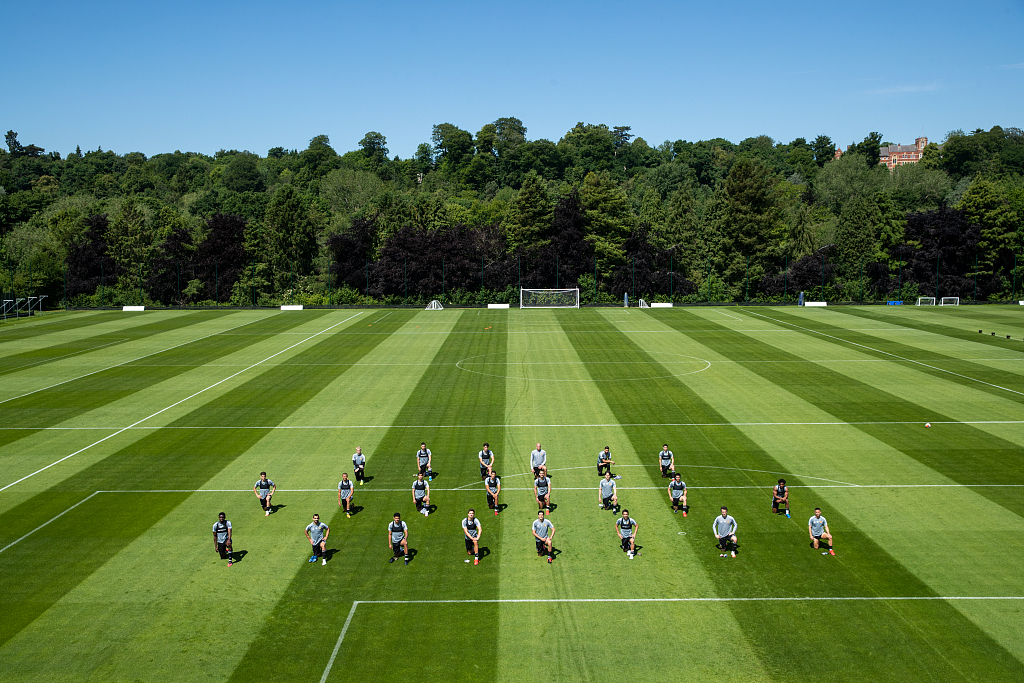 Meanwhile, Premier League players are unlikely to face disciplinary action if they take a knee or make any other peaceful anti-discrimination protest when the English season resumes.

The English Football Association will adopt a "common sense" approach to political gestures, slogans and statements if players or staff publicly back the movement once the Premier League restarts on Jun 17.

"The FA strongly condemns discrimination of any kind and has endeavored to ensure that football in England is both diverse and inclusive in recent years," an FA statement said on Tuesday.

Following the example of Liverpool on Monday, Chelsea and Newcastle players were the latest teams to take a knee in a show of solidarity during training sessions on Tuesday. 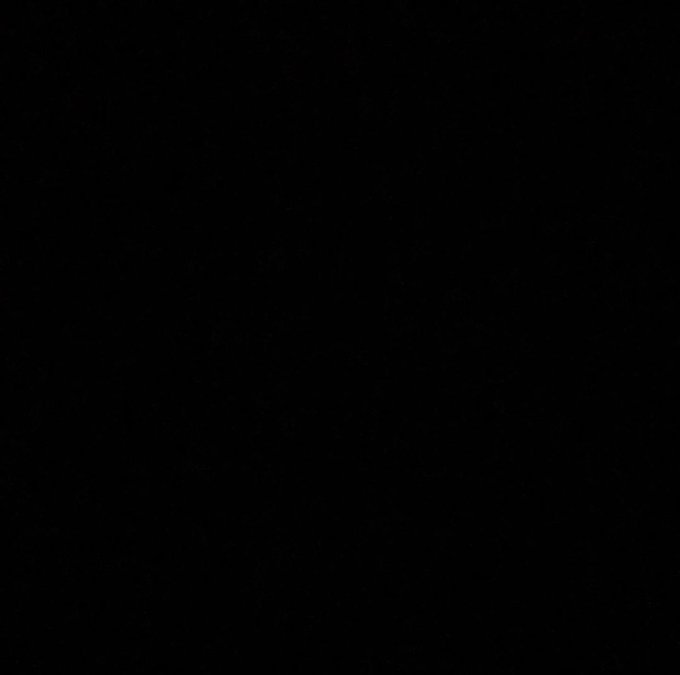 The sporting world joined in on the blackout – which originated in the music industry – as protests across the U.S. continue following the death of George Floyd.

Roger Federer, Rafa Nadal and Novak Djokovic all posted the simple but powerful image on their social media accounts. 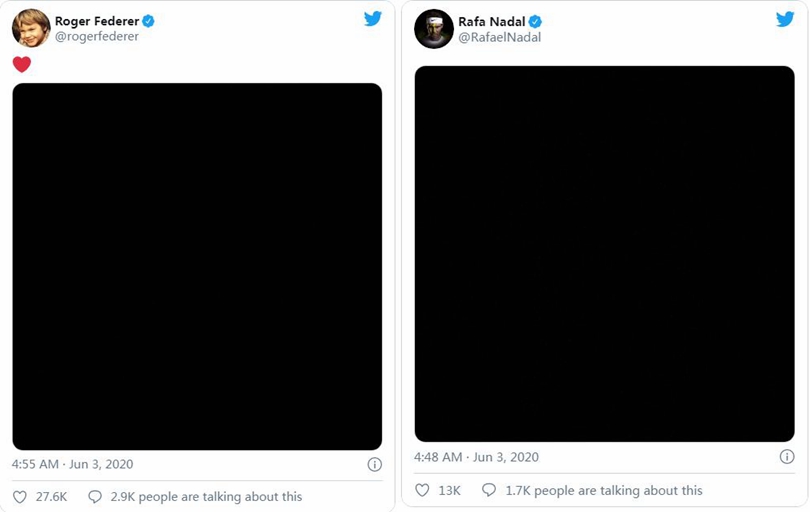 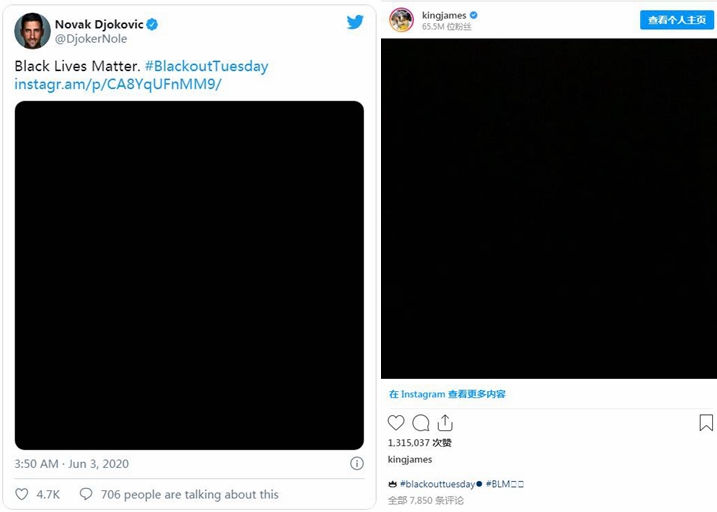 In other sports, the National Football League, National Hockey League and National Basketball Association have put out statements about the racial injustice that sparked protests across the U.S., but Major League Baseball has yet to make an official statement.

Formula One drivers followed Lewis Hamilton's lead on Monday after he criticized those in what he called the "white dominated sport" for failing to speak out about Floyd's death.

Ferrari's Charles Leclerc said on Twitter he had felt "out of place and uncomfortable" sharing his thoughts on social media about the situation but realized he had been "completely wrong."