Israel retaliated by air and tank fire Monday against Hamas positions after a rocket was fired into Israel from the Gaza Strip, the army said.

The tensions came after Gaza rulers Hamas called for unity among Palestinians and "resistance" against Israeli plans to annex parts of the occupied West Bank. The Israeli army said that a rocket had been fired from the Hamas-ruled Gaza Strip "into Israel," the first such act in more than a month.

Earlier on Monday, senior Hamas official Salah al-Bardawil told a news conference "we call for the annexation project to be confronted with resistance in all forms."

"We call on our people to transform this hardship into an opportunity to get the Palestinian project back on track," Bardawil said.

Deep divisions remain between Islamist movement Hamas and the Palestinian Authority (PA), based in the West Bank city of Ramallah. But as both PA and Hamas stand opposed to annexation in the West Bank, Bardawil called for a "union of the political class."

"It is the duty of each free Palestinian citizen to rise up against this flagrant aggression on our land," he said.

Bardawil called for a meeting between Hamas and the Palestine Liberation Organization, which includes various other Palestinian groups.

Israeli Prime Minister Benjamin Netanyahu aims to begin a process of annexing West Bank settlements and the Jordan Valley from July 1, as part of a U.S. peace initiative.

The initiative paves the way for the eventual creation of a Palestinian state, but on reduced territory and without key Palestinian demands such as a capital in east Jerusalem. Israel's intention to press ahead with annexation has been met with warnings from the United Nations that such a move would likely spark violence.

Palestine submitted an official request on Sunday to hold a UN session to discuss the Israeli plan to annex parts of the West Bank and take appropriate steps towards it, a senior Palestinian said.

"This request came as part of the Palestinian leadership plans to prevent Israel from implementing its annexation," Palestinian Minister of Foreign Affairs Riyad al-Maliki told the Palestinian radio station Voice of Palestine.

Annexation of West Bank off the cards for Europe, not Trump 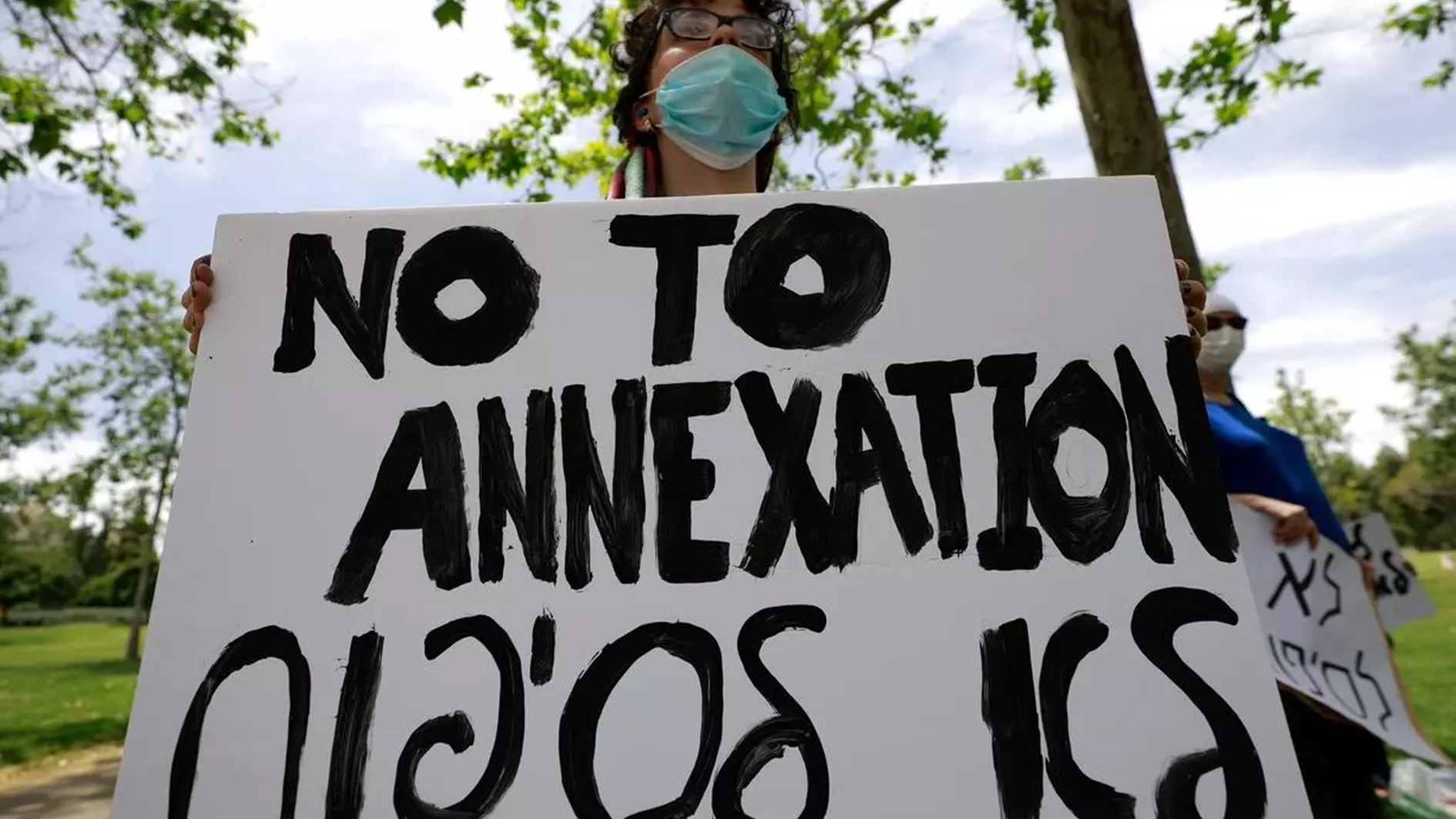 On Monday, foreign ministers of the European Union (EU) states voiced concerns over Israel's plan to annex the West Bank on a video conference with U.S. Secretary of State Mike Pompeo, who "has not accepted or refused anything."

Josep Borrell, high representative of the EU for foreign affairs and security policy, said the move could affect the prospects of a two-state solution and the regional stability.

Borrell said Pompeo took notes of EU states' opinions, including a German one which "has been very much concrete and insisted a lot in the need of preventing annexation."

Pompeo "has not accepted or refused anything," as the meeting was only for an exchange of views, said Borrell at a press conference following the three-hour meeting, which also touched on issues of China and Ukraine.

Borrell said the EU encourages the Israelis and the Palestinians to engage in a credible and meaningful political process, and the bloc recognizes that the latest plan initiated by the U.S. could serve as a starting point for negotiation, although it does not "respect internationally-agreed parameters."