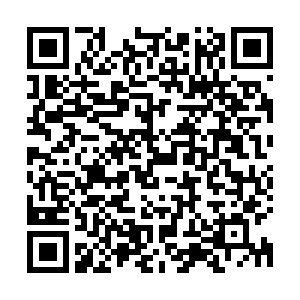 British Prime Minister Boris Johnson said Tuesday that Israeli plans to annex parts of the West Bank would "amount to a breach of international law."

Meanwhile, Jordan's King Abdulllah warned that Israel's planned move to annex parts of the Israeli-occupied West Bank next month would threaten stability in the Middle East.

On Tuesday, Prime Minister Johnson was asked by the House of Commons about the possible sanction over Israel's annexation plan, and said "I believe that what is proposed by Israel would amount to a breach of international law. We have strongly objected. We believe profoundly in a two-state solution and we will continue to make that case."

Israeli Prime Minister Benjamin Netanyahu has pledged to extend sovereignty to Jewish settlements and the Jordan Valley in the West Bank, territory Israel captured from Jordan in the 1967 Middle East war and which Palestinians seek for a state.

Netanyahu's new government is due to begin discussing the de facto annexation on July 1, but it is unclear whether Israel's main ally, the United States, would green light the step.

Most of the international community opposes such a move.

Also on Tuesday, Jordan's king told U.S. lawmakers that the Israeli annexation plans are "unacceptable" and would undermine regional stability.

King Abdullah II spoke with U.S. senators and emphasized the kingdom's commitment to the establishment of an independent Palestinian state.

In a video conference with U.S. congressional leaders and committees, Abdullah "warned that any unilateral Israeli measure to annex lands in the West Bank is unacceptable and undermines the prospects of achieving peace and stability in the region," a royal palace statement said.

Palestine submitted an official request on Sunday to hold a UN session to discuss the Israeli plan to annex parts of the West Bank and take appropriate steps towards it. And the aggression of Israel has also caused fire exchanges in Jordan valley.

Late on Monday, Israel retaliated by air and tank fire against Hamas positions after a rocket was fired into Israel from the Gaza Strip. Gaza rulers Hamas called for unity among Palestinians and "resistance" against Israeli plans.

Annexation of West Bank off the cards for Europe, not Trump