Trump vs. Bolton: The fireworks have only just begun
By John Goodrich 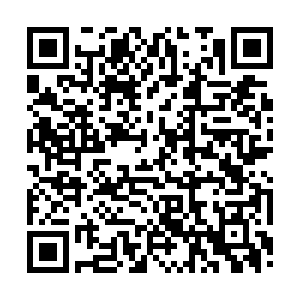 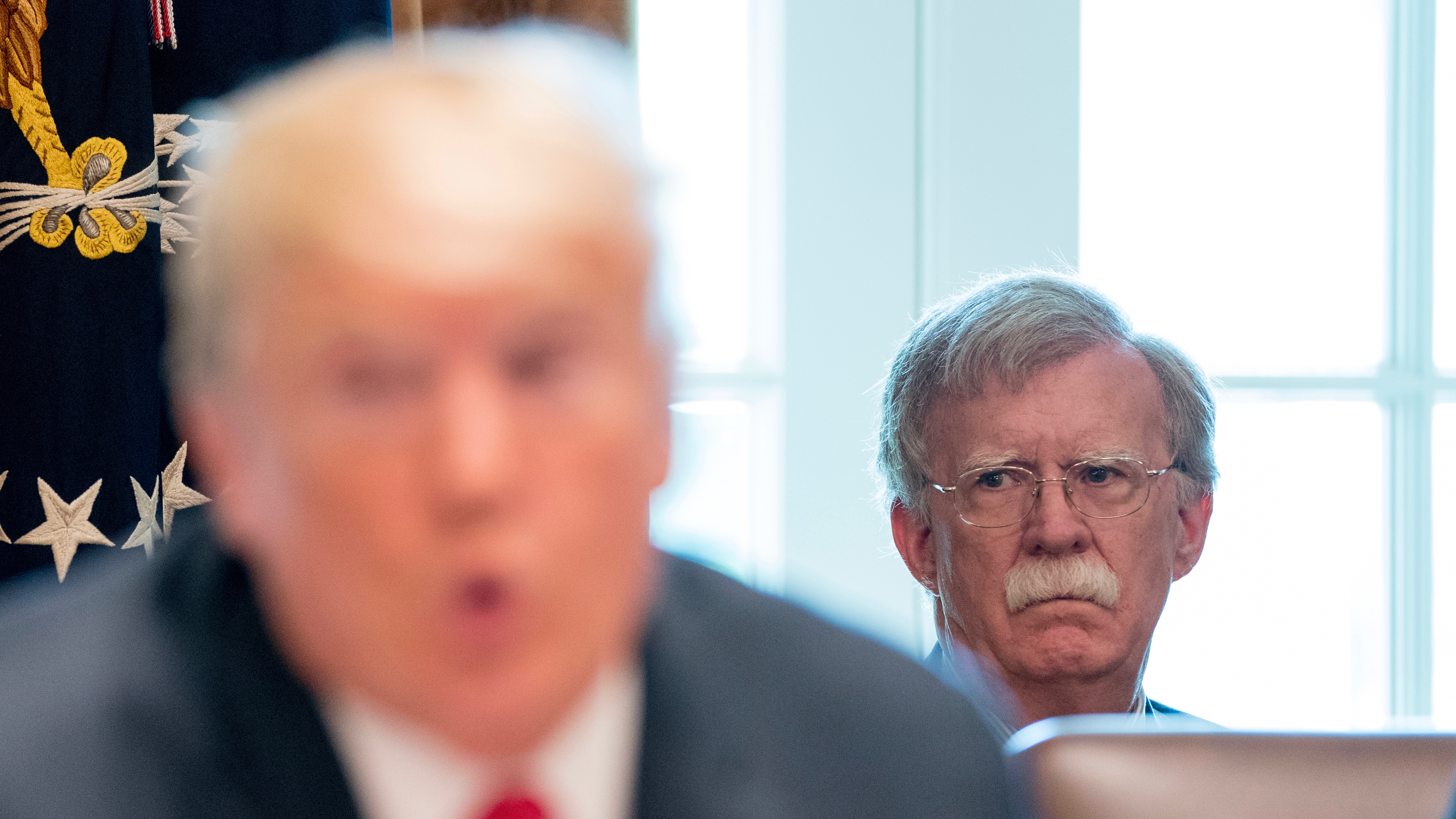 Donald Trump is a man who knows how to advertise, and were it not for the excoriating nature of the tell-all book his former national security adviser, John Bolton, has written about his 17 months in the White House, it'd be tempting to think the U.S. president was hoping to boost sales.

The Trump administration's failed effort to block publication of The Room Where it Happened: A White House Memoir on the grounds it contains damaging national security information – after the nearly 600-page book had been shipped across the U.S. – has done promotional work the publishers, Simon & Schuster, could only dream of ahead of its release on June 23.

Nothing sells like forbidden fruit, and now The Room Where it Happened is officially the book Trump doesn't want Americans to read. It topped the Amazon bestseller charts in the U.S. on Sunday on pre-orders, two places ahead of another forthcoming critical tome, by the president's niece Mary Trump, titled Too Much and Never Enough. 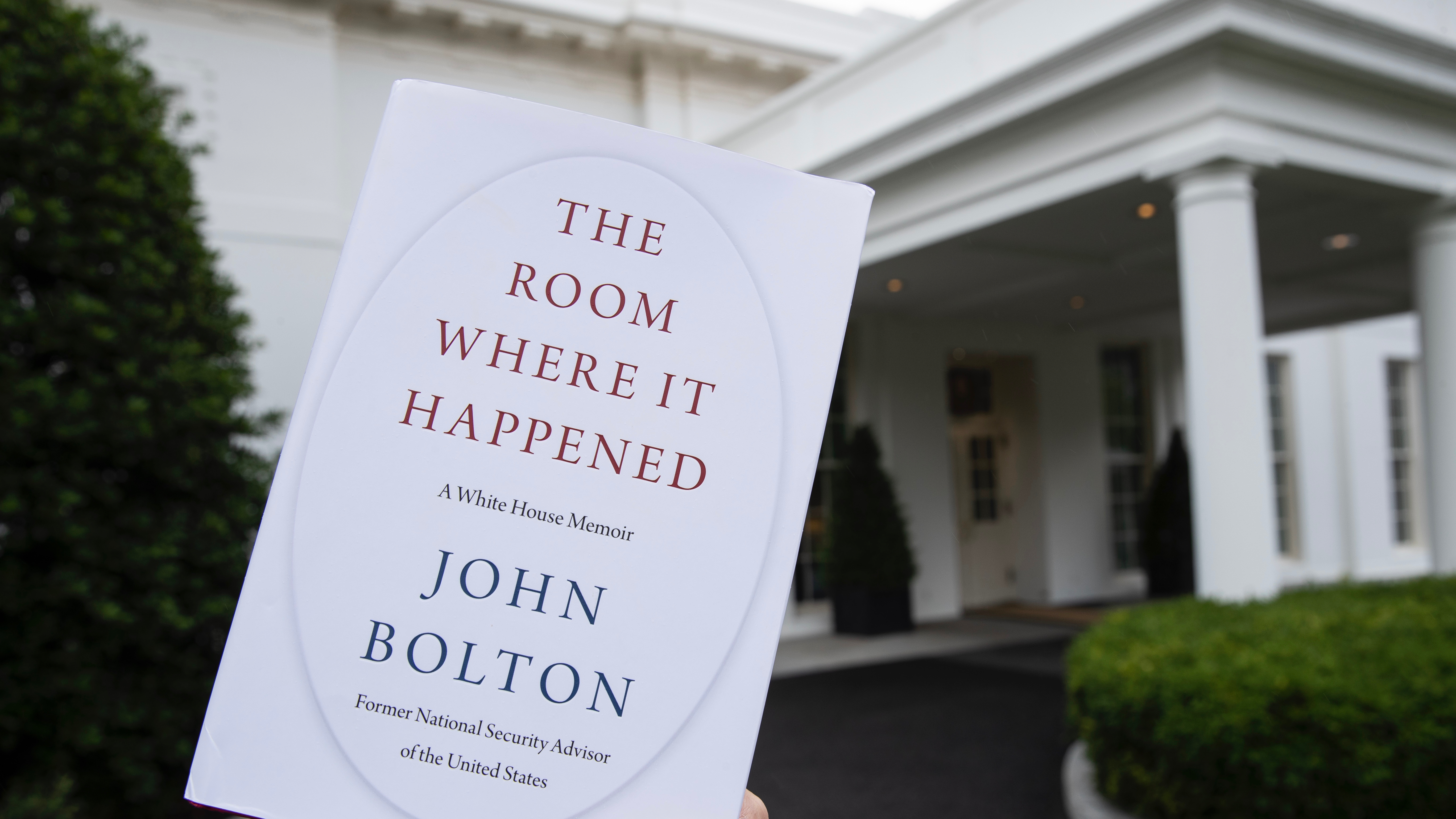 A copy of "The Room Where It Happened," by John Bolton, is photographed at the White House, Washington, June 18, 2020. /AP

A copy of "The Room Where It Happened," by John Bolton, is photographed at the White House, Washington, June 18, 2020. /AP

There's no doubt from the multiple leaks and extracts already published, Bolton's scathing account of Trump's foreign policy decision-making, the first by such a high-ranking official, is both embarrassing for and damning of the president.

Bolton, who claims to have resigned (Trump says he sacked him) from the administration, has a longstanding reputation as a pugnacious character from his decades in and around Republican circles.

Whatever his motivations for writing the two-million-U.S.-dollar memoir – score-settling, truth-telling, cashing-in – he's not holding back.

"I don't think he's fit for office," Bolton said of Trump in an ABC promotional interview due to air on Sunday. "I don't think he has the competence to carry out the job."

How Trump came to dominate the political book market

Trump thought Finland might be part of Russia, according to the former adviser, argued Venezuela was "really part of the United States," was surprised to learn the UK was a nuclear power and suggested he was willing to halt criminal investigations to help foreign powers.

Attempts to brief the president were fruitless, Bolton writes, because "he spoke at greater length than the briefers, often on matters completely unrelated to the subjects at hand."

The 71-year-old adds that he's "hard-pressed to identify any significant Trump decision during my tenure that wasn't driven by re-election calculations." 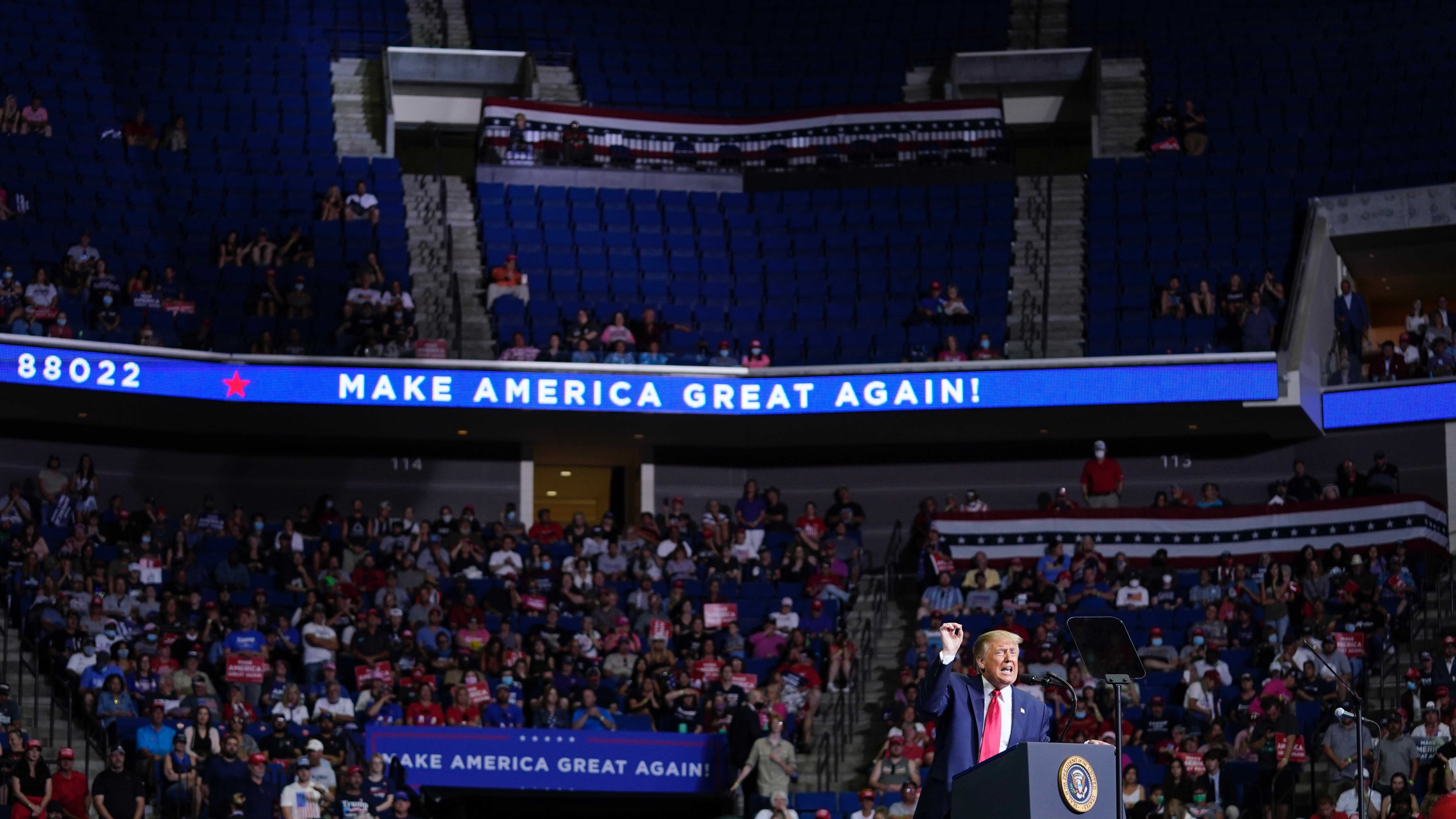 The accusations couldn't come at a more difficult time for the president. Four months before the election, he is reeling from the COVID-19 pandemic and its economic fallout, trailing Democratic rival Joe Biden by 10 points in the polls and has been buffeted by two high-profile Supreme Court defeats. A rally in Tulsa on Saturday, intended to reboot his campaign, had rows of empty seats and an accompanying outdoor event was cancelled.

Bolton's is far from the first account about the Trump White House – from Michael Wolff's Fire and Fury and Bob Woodward's Fear to Sean Spicer's The Briefing and Chris Christie's Let Me Finish, the 45th president has helped reinvigorate the political book market – but whereas past efforts have made headlines, the former adviser's memoir has really got under the skin of an administration which has broadly condemned its contents while denying few specifics.

Trump labeled his former adviser a "wacko," a "disgruntled boring fool," and a "dope" in a single tweet, in which he also claimed the book is "made up of lies & fake stories."

The question many observers have asked is, if the book is full of lies, why did the Justice Department sue to suppress it based on a claim it contained classified information? 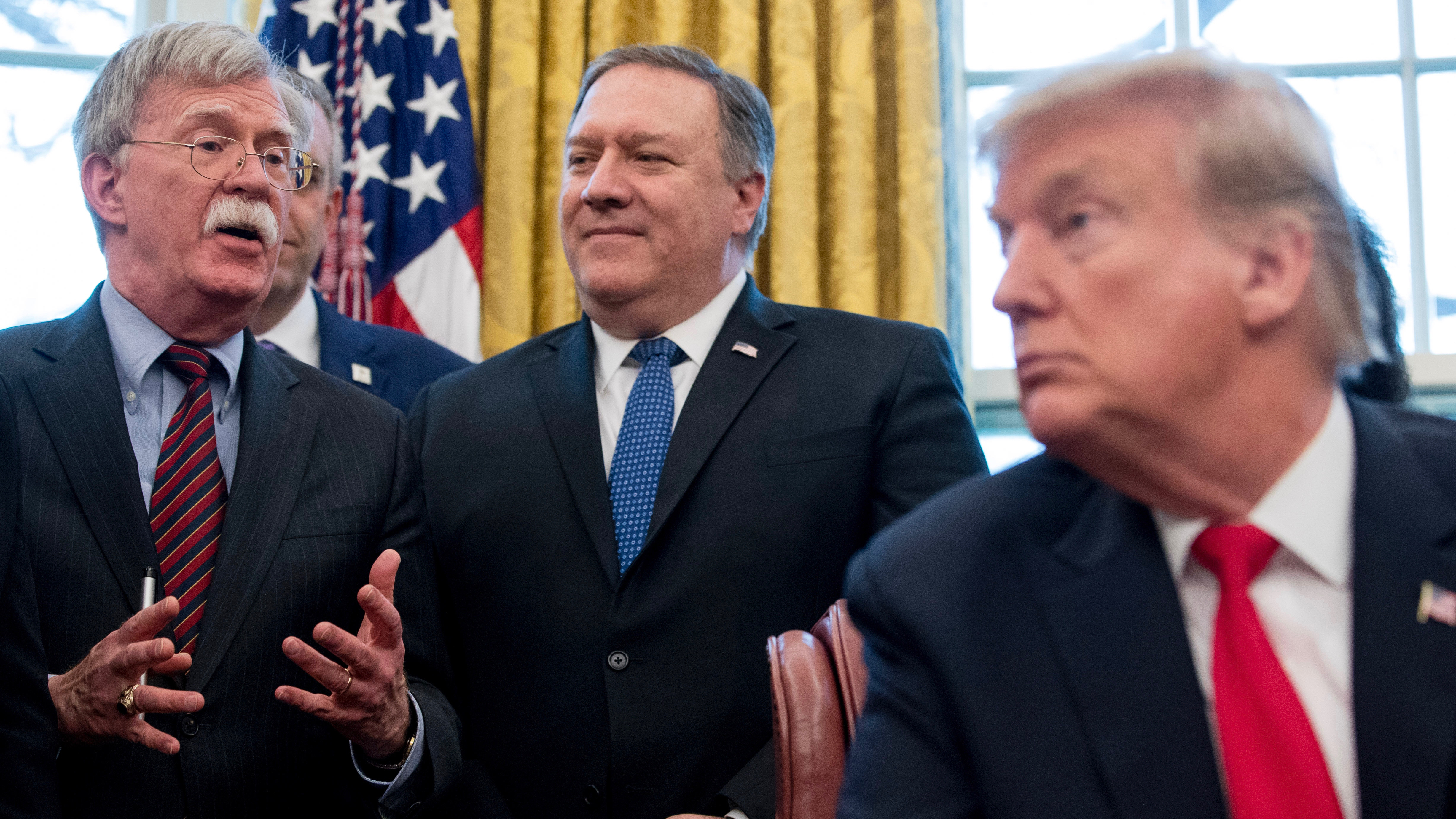 Many of Bolton's revelations would be monumental in past presidencies, but while those released so far have shocked it's unclear how much harm they will do Trump electorally.

The allegations certainly give both the Biden campaign and the "Never-Trumpers" in the Lincoln Project fresh ammunition, but the moment of real damage to speak out would have been earlier in the year when Bolton chose to stay quiet rather than testify in the impeachment trial.

Bolton is scheduled to make an appearance on Colbert's show on Tuesday, and it is unlikely to be an easy ride for the hawkish conservative. The book tour, which begins on Sunday, will no doubt lead to more sales-driving headlines in the weeks ahead and there could well be further revelations from a man known for his bluntness. 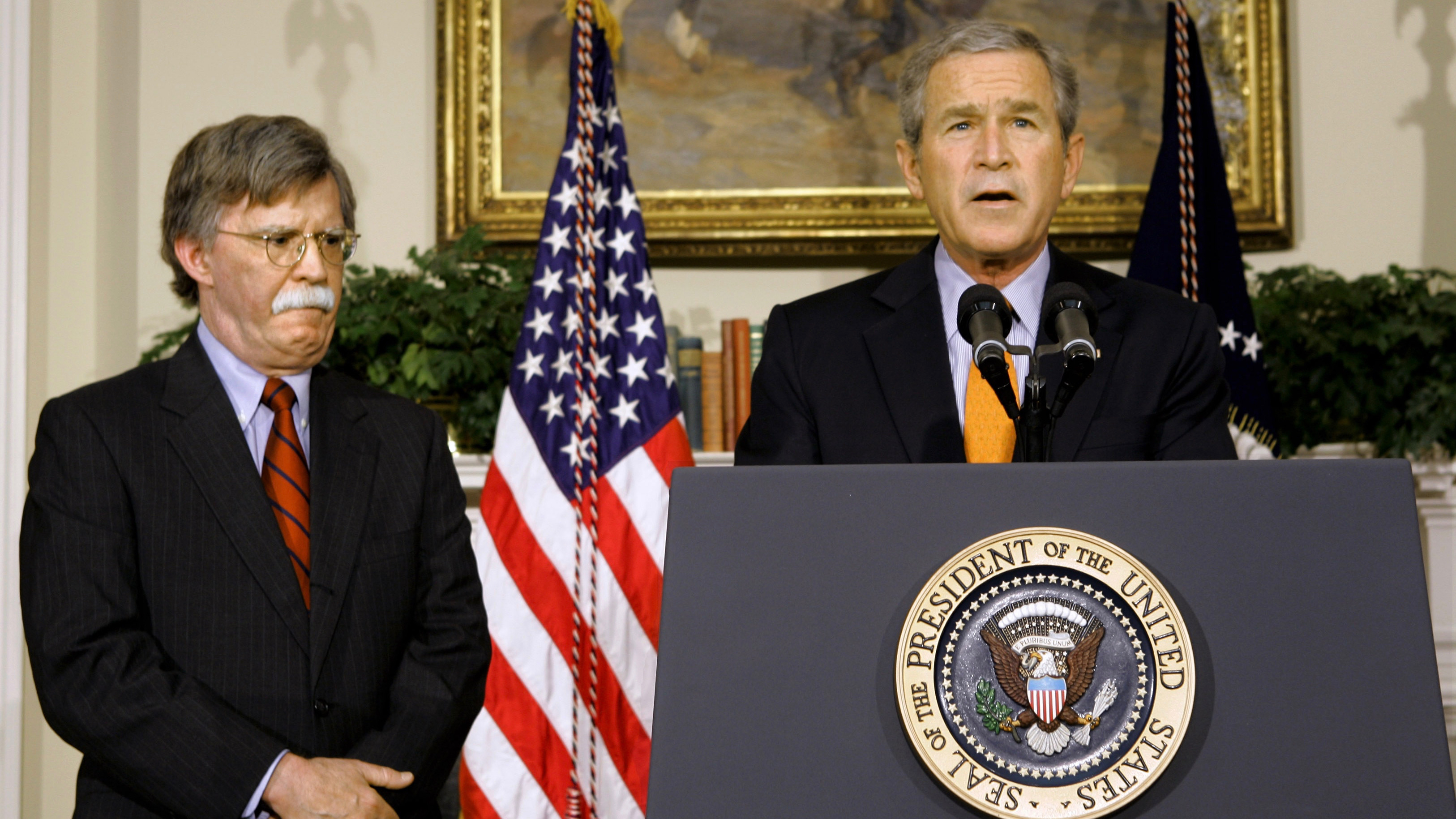 Making the story all the more intriguing is that Bolton is far from a sympathetic character. He made his name globally as George W Bush's ambassador to the United Nations, but his warmongering nature and abrasive character held him back from another high-level position.

Famed for his summer suits and bristly mustache – Trump's dislike of which initially made him reluctant to hire Bolton, Wolff's account claimed – Bolton's book has also been criticized for its style.

The New York Times said the memoir was "bloated with self-importance" and "toggles between two discordant registers: exceedingly tedious and slightly unhinged." The Washington Post said "Bolton's utter lack of self-criticism is one of the book's significant shortcomings" and for the Guardian "Bolton's prose is lackluster."

And Bolton may have legal troubles ahead. He said he was told on April 27 that all classified information had been removed from the draft script during a months-long editing process, but the White House claims an additional review identified classified material.

U.S. District Court Judge Royce Lamberth on Saturday denied the Justice Department's attempt to block the release of the memoir, but strongly criticized "Bolton's unilateral conduct" and said the author had "exposed his country to harm and himself to civil (and potentially criminal) liability."

Trump was quick to jump on the judge's words.

"Bolton broke the law and has been called out and rebuked for so doing," he tweeted, "with a really big price to pay. He likes dropping bombs on people, and killing them. Now he will have bombs dropped on him!"

The media tour has barely begun, the bombshell book is still to be released and further legal action is likely – more fireworks lie ahead in the Trump-Bolton face-off.