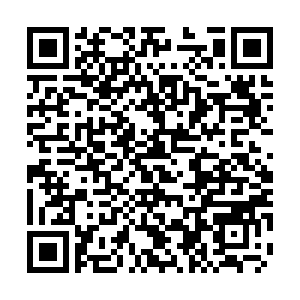 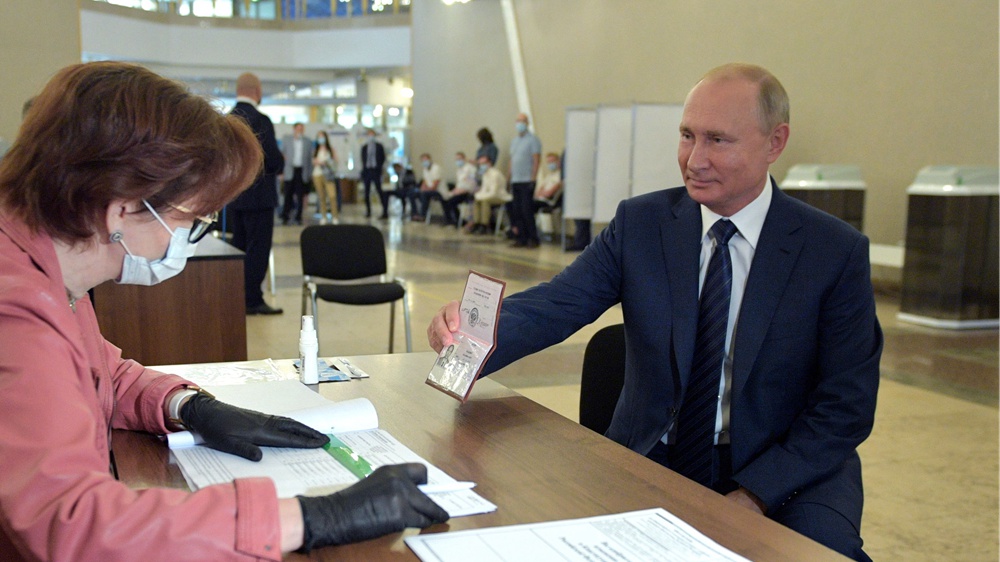 With all votes counted, the CEC said that 77.92 percent of voters had backed the reforms, with a turnout of about 65 percent. Just over 21.2 percent had voted against them, it said.

Ella Pamfilova, head of the commission, said the vote had been transparent and that officials had done everything to ensure its integrity.

"Thank you very much for your support and trust," Putin said to Russian voters in a televised broadcast after the announcement of the results. He reiterated that the amendments were necessary to "improve the political system and fortify social guarantees" as well as "strengthen sovereignty."

"Very little time has passed since the break-up of the Soviet Union," Putin said, stressing that Russia is still "very vulnerable in many respects."

"We need internal stability and time to strengthen the country and its institutions," he added.

The results "show that an overwhelming majority of Russian citizens believe that we can work better," and the government "must do everything to justify this trust," he said. 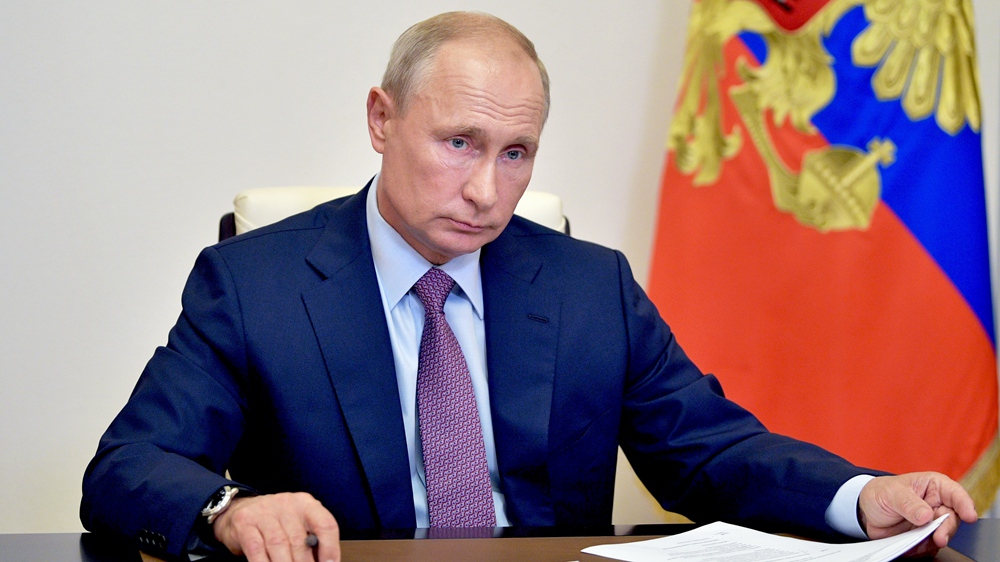 Russians began voting last week on the package of constitutional changes proposed by Putin in January, including a reset of presidential term limits allowing him to run twice again after his current six-year term ends in 2024.

Other amendments would strengthen presidential and parliamentary powers, enshrine traditional values, including an effective ban on gay marriage, and guarantee better minimum wages and pensions.

Putin casts vote on constitutional reforms that could extend his rule

How will constitutional amendments unfold in Putin-led Russia?

Russia's two houses of parliament previously approved the amendments but Putin said they would only take effect if supported by a majority of voters.

Initially scheduled for April 22, the vote was postponed due to the COVID-19 outbreak in Russia. 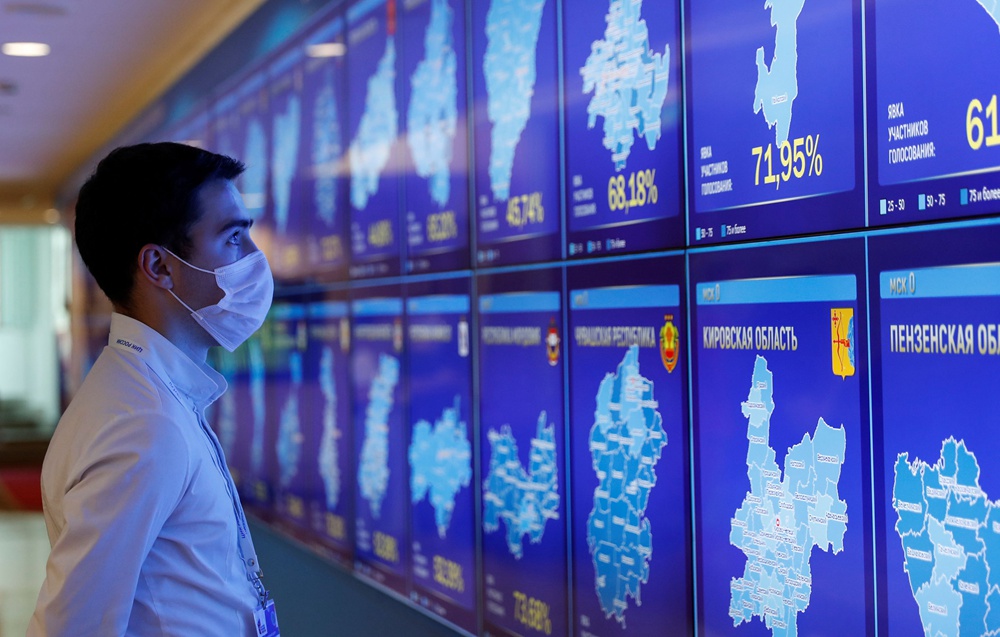 A man wearing a protective face mask looks at information on electronic screens at the headquarters of Russia's Central Election Commission on the last day of a nationwide vote on constitutional reforms, Moscow, Russia, July 1, 2020. /Reuters

A man wearing a protective face mask looks at information on electronic screens at the headquarters of Russia's Central Election Commission on the last day of a nationwide vote on constitutional reforms, Moscow, Russia, July 1, 2020. /Reuters

'Guarantor of the constitution'

In a recent TV interview, Putin said he does not rule out the possibility of bidding for another presidential term if constitutional amendments are adopted. "I have not decided anything for myself yet. I don't exclude the possibility of this. If the constitution allows the opportunity, we will see," he said. 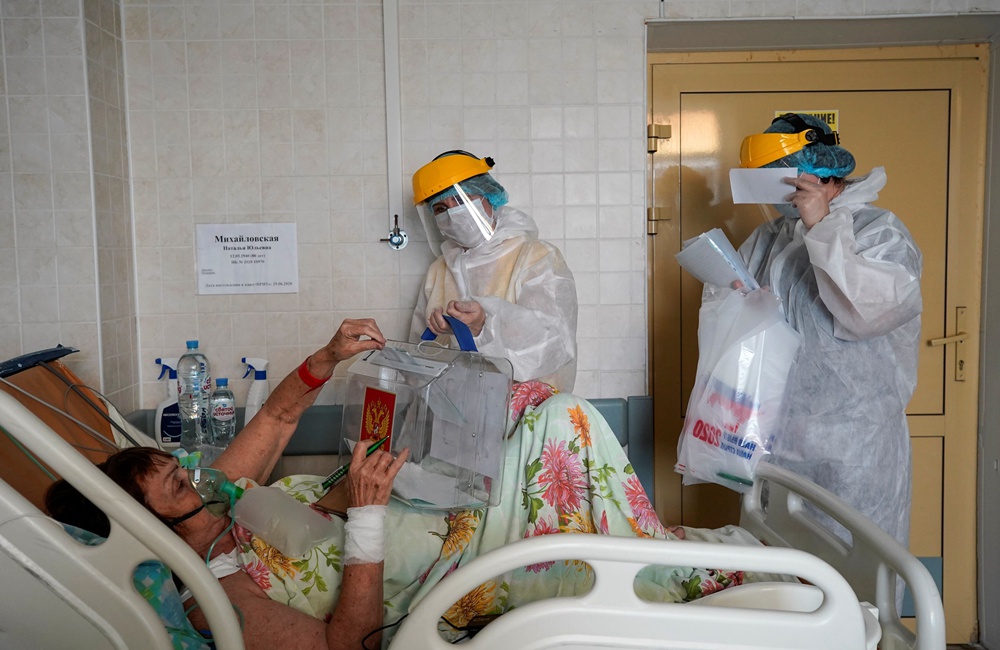 A patient casts a ballot as members of an electoral commission visit a regional hospital on the last day of a nationwide vote on constitutional reforms, Tver, Russia, July 1, 2020. /Reuters

A patient casts a ballot as members of an electoral commission visit a regional hospital on the last day of a nationwide vote on constitutional reforms, Tver, Russia, July 1, 2020. /Reuters

"As a friendly neighbor and comprehensive strategic partner of coordination for a new era, China, as always, will respect the development path chosen by the Russian people and support Russia's efforts to achieve long-term stability and security and promote social and economic development," Zhao said at a regular press briefing.

During a phone call on Thursday, Indian Prime Minister Narendra Modi "warmly congratulated President Putin on the success of celebrations marking the 75th anniversary of the victory in the Second World War and the successful completion of the vote on constitutional amendments in Russia," according to a statement of the Indian Foreign Ministry.

Russia held a postponed Victory Day parade at Moscow's Red Square on June 24 to celebrate the 75th anniversary of the victory of the Great Patriotic War.