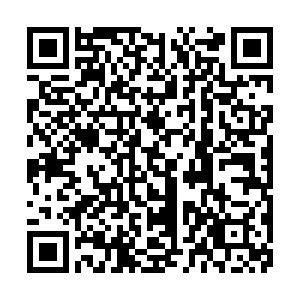 Participants in the Open Skies Treaty will hold a conference on July 6 in light of the planned exit of the United States, Russia's RIA news agency cited the foreign ministry as saying last month.

Last month the U.S. announced its intention to withdraw from the treaty which permits unarmed surveillance flights over member countries, in the Trump administration's latest move to pull the country out of major global agreements.

In a written statement U.S. Secretary of State Michael Pompeo explained that this decision would take effect in six months after May 22.

Open Skies Treaty: Can remaining parties save the treaty?

It was in April that Lopez Obrador initially floated the idea of meeting the U.S. president. For the Mexican president to make his first foreign trip to see Trump has stirred criticism from both opposition ranks and some of his own supporters.

Trump, who referred to Mexican migrants as rapists and drug runners in his 2015-16 election campaign and vowed to make Mexico pay for his planned border wall, is held in low public esteem in Mexico, so the visit carries risks for Lopez Obrador.

Singaporeans will go to the polls on July 10 in a general election. In a televised address to the nation on June 23, Prime Minister Lee Hsien Loong said he has decided to call the general election now, while the COVID-19 situation is relatively stable, to "clear the decks" and give the new government a fresh, full five-year mandate.

The election, Singapore's 13th since independence, is likely to again see the People's Action Party (PAP) challenged for all seats – as the ruling party was in 2015.

The election will be fought against the backdrop of the COVID-19 outbreak, which has been described as the most dangerous crisis humanity has faced since World War II.

Monday: A conference of signatories to the Treaty on Open Skies devoted to the United States' pullout from this treaty takes place; Chinese ambassador in the UK Liu Xiaoming holds press conference; Official inauguration of Malawi's new president; Jens Spahn, German minister of health, speaks to EU lawmakers to present the program of the German presidency of the EU; EU climate chief Frans Timmermans, Poland climate minister Michał Kurtyka and Michael Bloomberg speak at an event on the green transition in Europe's coal regions.

Tuesday: 15th anniversary of the attacks on London's transport network that killed more than 50 and injured 700;

Wednesday: Heads of EU institutions meet with German Chancellor Angela Merkel for talks ahead of EU summit; Mexican President Andres Manuel Lopez Obrador meets President Donald Trump in the U.S.; British Chancellor of the Exchequer Rishi Sunak announces an update to his plans for steering the economy through the coronavirus crisis; Vice President of the EU Commission Frans Timmermans presents the bloc's smart sector integration in Brussels; deadline for candidacies to head WTO.

Thursday: Eurogroup meeting starts in Brussels; Palestine marks the 15th anniversary of an International Court of Justice ruling that Israel's walls and fences in the West Bank were illegal; ninth anniversary of South Sudan becoming an independent state.