Why Chinese military enjoys extensive support from the people
CGTN 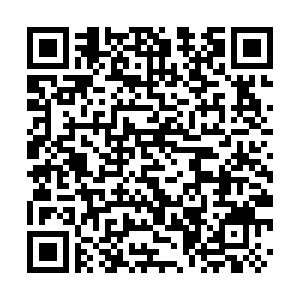 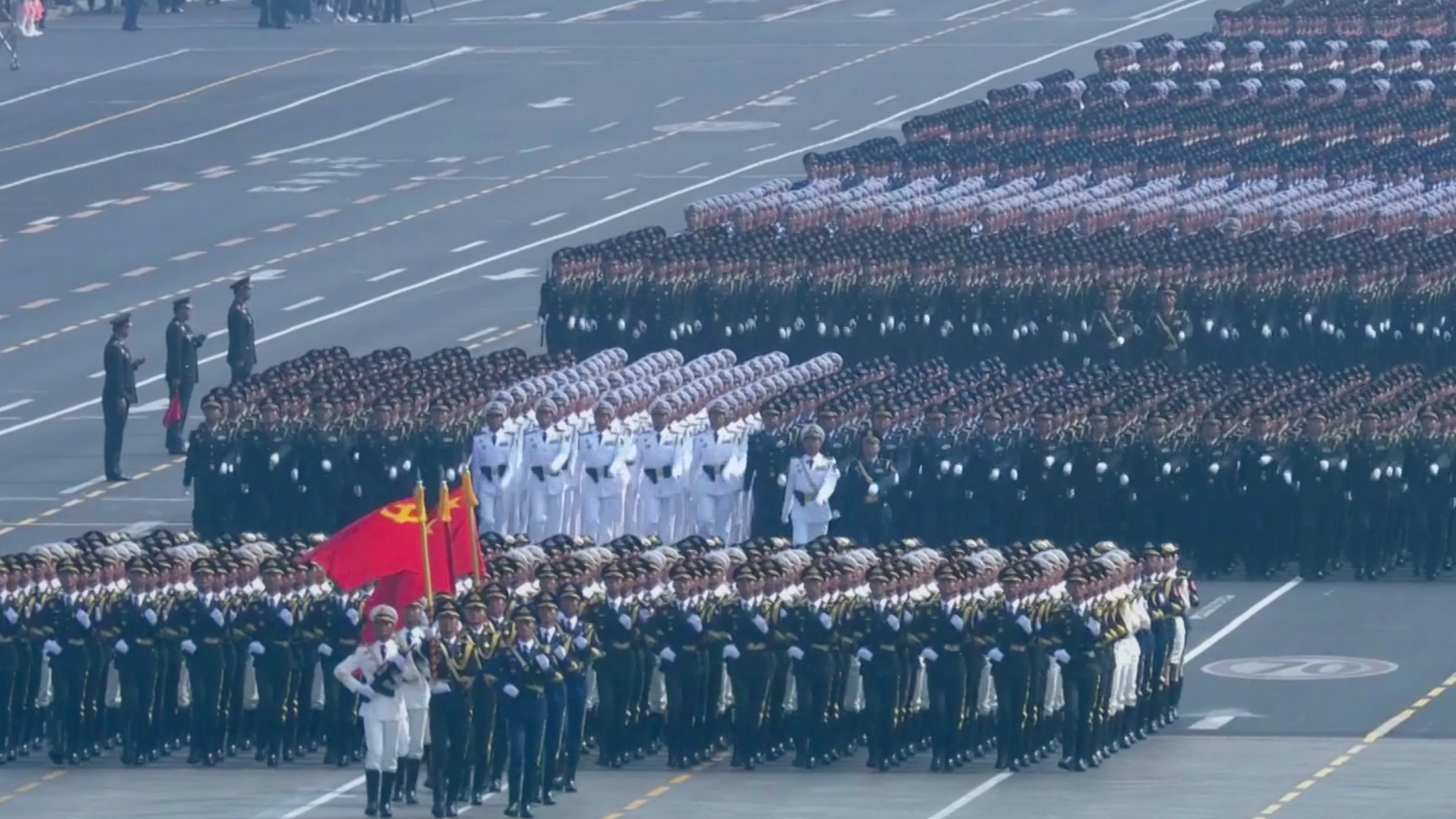 Two serious disasters stroke China this year – the COVID-19 pandemic and catastrophic floods along the Yangtze River in a scale unprecedented in over two decades. The Chinese military troops have played significant roles in disaster relief.

Officially known as the Chinese People's Liberation Army (PLA), the country's military is deeply rooted in the people and has maintained close bonds with them since its establishment 93 years ago.

"The PLA should always be part of the people, work for their interests, and maintain close ties and share good and bad times with them," Chinese President Xi Jinping said in a speech at a ceremony marking the 90th anniversary of the founding of the PLA on August 1, 2017.

That is exactly what the military is doing this year – standing together with civilians in the "people's wars" against COVID-19 and the flooding. 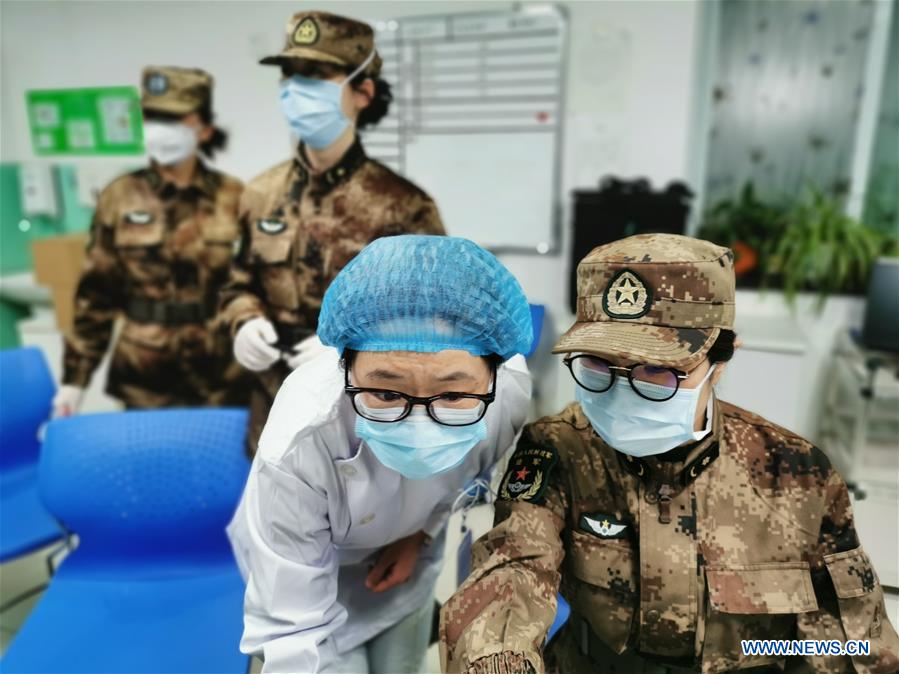 A military medical team member takes over the work from a medical worker at Jinyintan Hospital in Wuhan, central China's Hubei Province, during the COVID-19 outbreak, January 26, 2020. /Xinhua

A military medical team member takes over the work from a medical worker at Jinyintan Hospital in Wuhan, central China's Hubei Province, during the COVID-19 outbreak, January 26, 2020. /Xinhua

After the novel coronavirus outbreak started in Wuhan, China's epicenter, around 4,000 military medics were dispatched to three hospitals there. They treated over 7,000 patients and saved numerous lives from January to April.

"We, the Chinese People's Liberation Army, swear that we will never retreat in face of the epidemic and will safeguard peace and health of the people," said Ma Ling, a military medic serving in an ICU at Huoshenshan Hospital in Wuhan.

After completing their mission, the military personnel were honored by Xi, also general secretary of the Communist Party of China Central Committee and chairman of the Central Military Commission. In an order of commendation, Xi said the epidemic was a "war and test" to the army, and that the troops won the war with strong faith, high scientific and research capacities and great sacrifice.

In summer, thousands of PLA men embarked on a new mission to combat another dangerous enemy – the flooding in a number of provinces along the Yangtze River caused by almost non-stop heavy rain. Water levels in the river and adjacent lakes have been compared with the disastrous flooding in 1998. 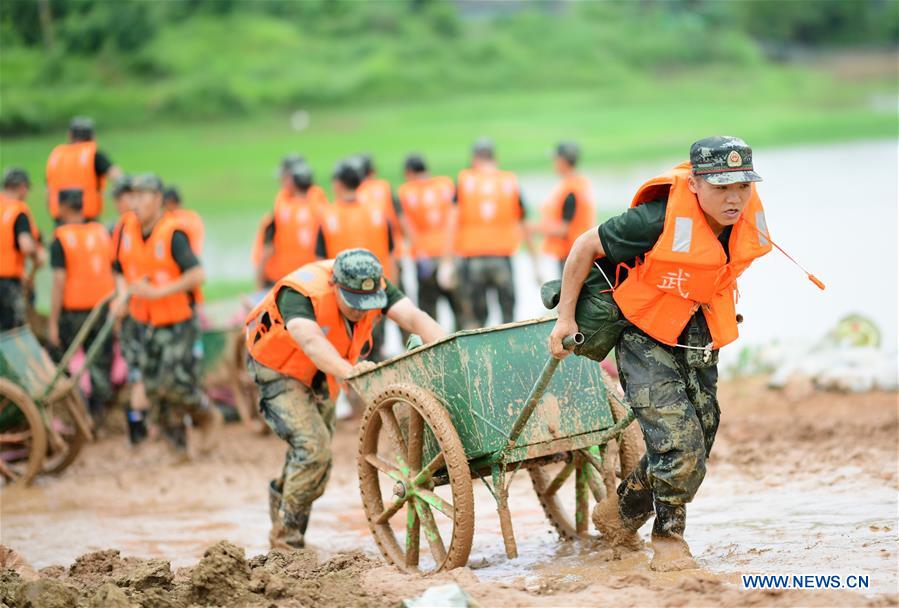 President Xi urged the PLA and the People's Armed Police (PAP) Force to actively participate in rescue and relief efforts.

"We are the people's army and should fight on the frontline at this moment," said Xiao Shuai, a soldier of the PAP in southwest China's Sichuan Province.

Zhang Hongbing, a local government official in the eastern province of Anhui, hailed soldiers and officers fighting the flooding as a "real people's army."

"Once the troop arrives, the people feel safe and sound," Zhang said.

As China strives to build strong armed forces, Xi has called for a commitment to the PLA's basic principle – "serving the people heart and soul."

The PLA must "go through thick and thin" with the people and always be a military "trusted, supported and loved by the people," he said.