What's it like to be a doctor in a war zone during the pandemic?
By Wang Xiaonan 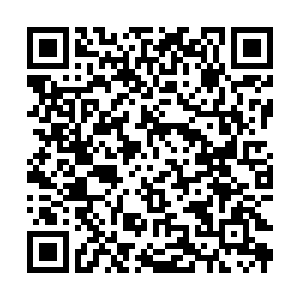 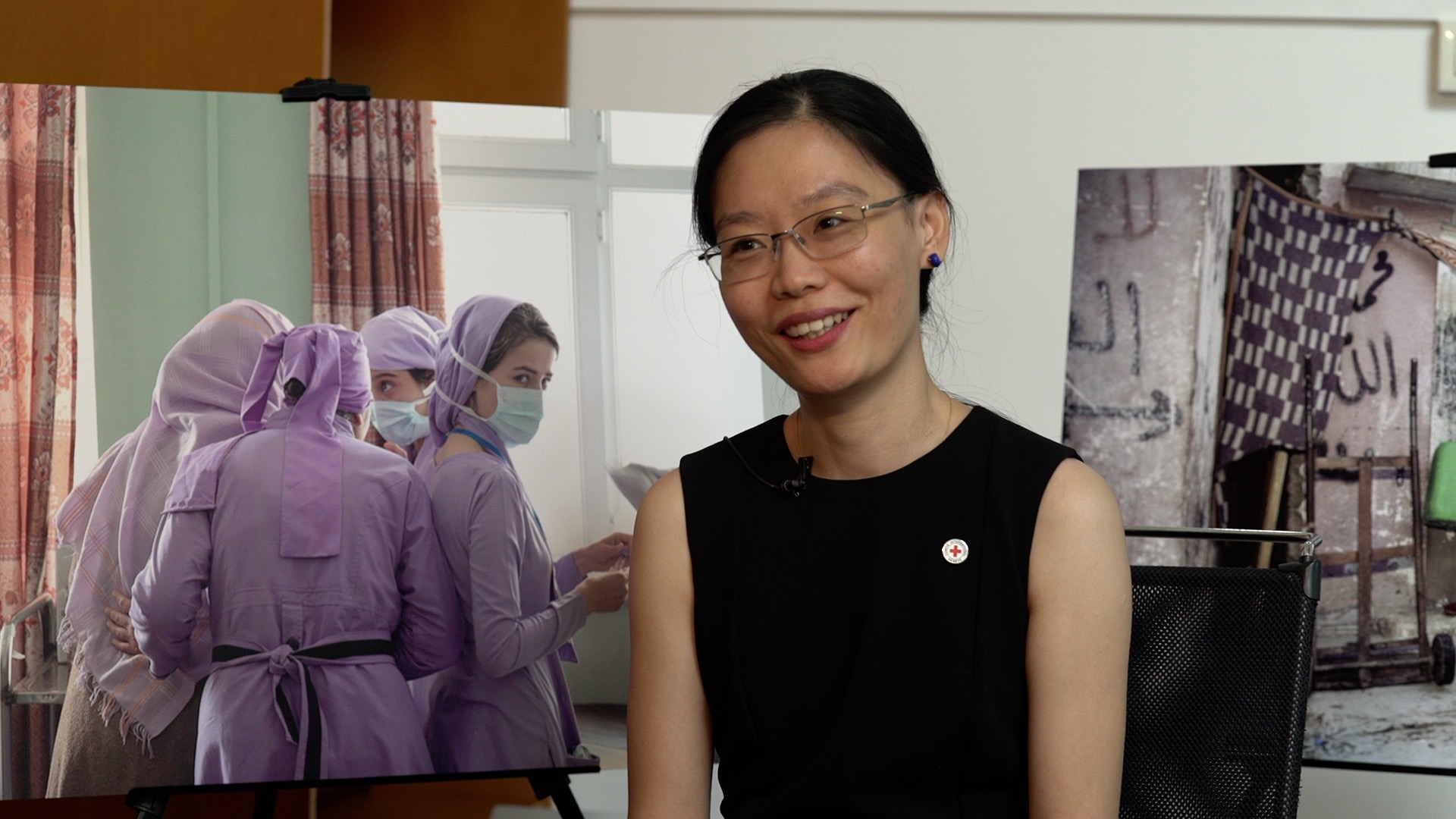 More than 18 years of conflict has torn up Afghanistan, creating widespread poverty as well as fueling staggering inequality and a sense of powerlessness. The UN estimates some 100,000 casualties among its civilians over the last decade and the number of internally displaced people at over 1 million.

Everything has been upended, including its healthcare system. Hospitals are under fire, doctors are leaving, medical supplies are running low and patients are too poor to find a means of transport to get to the hospital in time.

For An Na, who was the only Chinese doctor working in the biggest hospital in Afghanistan, this Central Asian country is like her second home – in the past five years, she's been to the country four times. "The need is there. Its health system is very fragile after many years of war. We need to support the people there." 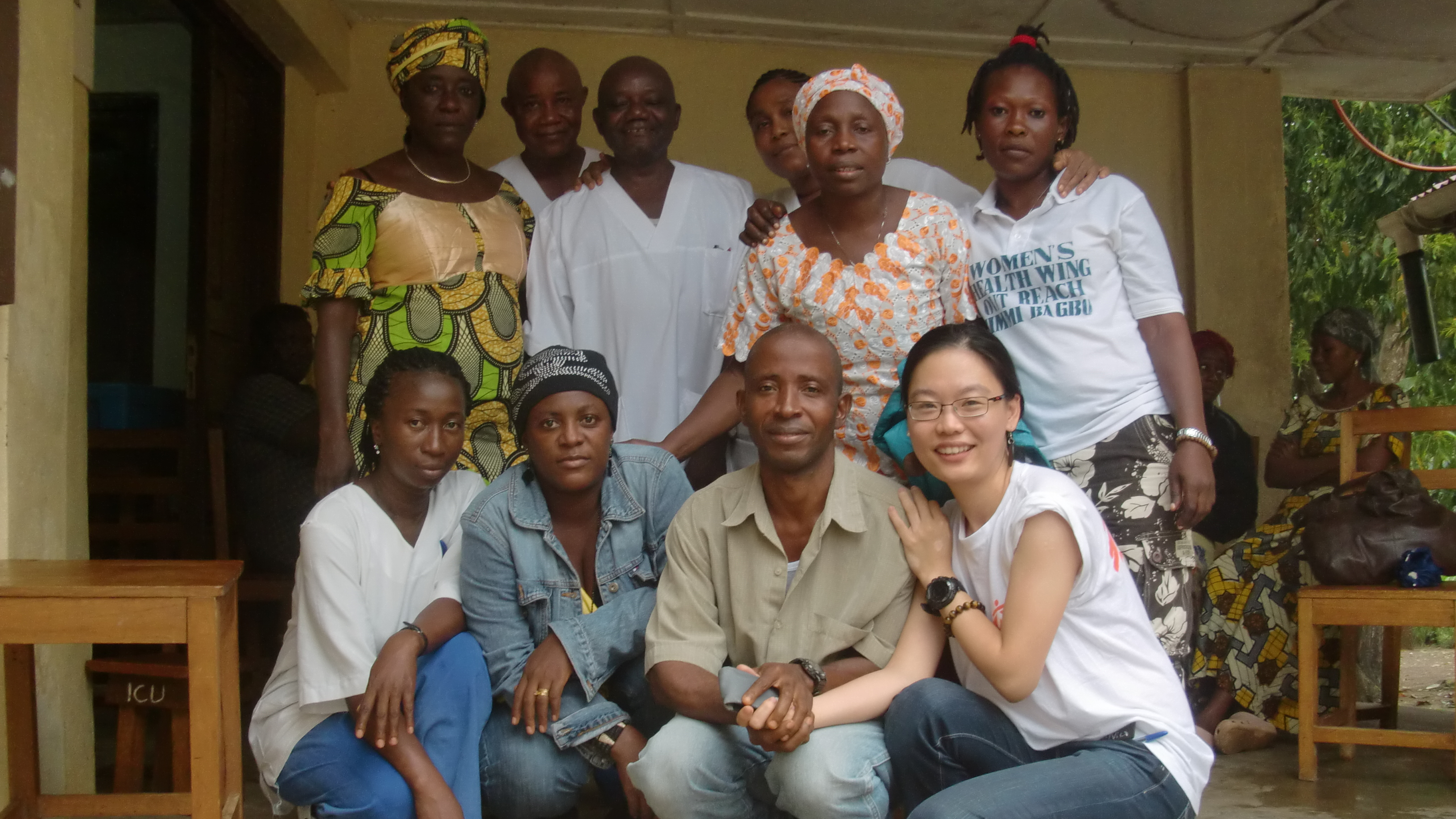 On her latest mission starting in August 2019, the 38-year-old obstetrician-gynecologist (OB-GYN) arrived in Kandahar – the second largest city of Afghanistan and also the former stronghold of the Taliban. "It was my first time being in Kandahar. It's a sunny, plenteous place slowly recovering from violence and its people have been longing for peace for decades."

With the country's top-quality healthcare service, Mirwais Hospital, which has 630 beds, treats patients from not just Kandahar but four adjacent provinces and even bordering Pakistan, covering a population of 7 million. "That's a huge burden on healthcare workers risking and losing their lives to treat people in the war-ridden area."

"In my department of Gynecology and Obstetrics, there are only six doctors including me, the other five are locals. We perform some 2,200 deliveries per month, which means 80 babies are born in Mirwais each day," An Na told CGTN.

Decades-long turmoil has disrupted the medical education of many young people, resulting in an enormous lack of local medical professionals. "Changes are slowly taking place as warring parties in the country are compromising." An Na is delighted to see the Afghan youth, especially women, willing to learn about the field and dream of becoming doctors. A member of the Afghan security forces inspects the site of a suicide blast in Kabul, Afghanistan, November 13, 2019. /Reuters

A member of the Afghan security forces inspects the site of a suicide blast in Kabul, Afghanistan, November 13, 2019. /Reuters

Working in war-ravaged countries ranging from Sierra Leone to Somalia to Ethiopia since 2011, An Na has gotten used to shelling and bombardments.

"I've seen security tightening year by year, but I've never been through anything like this." Meanwhile, the coronavirus outbreak places an additional burden on the fragile healthcare system.

The first clusters of coronavirus cases appeared in late February, mainly in Afghans coming back from Iran and Pakistan. Soon the virus spread at breakneck speed among local communities due to lack of soap and water, multigenerational housing, lack of transparency, and a large number of day laborers. Medical supplies are running short as a global scramble for resources has given Afghanistan the short end of the stick.

What made An Na's job tougher is the virus' toll on maternal health in impoverished countries. Potential disruptions of healthcare systems and decreased access to food caused by the COVID-19 pandemic could lead to a 38-percent increase in maternal mortality in low- and middle-income countries, according to the Johns Hopkins Bloomberg School of Public Health. "That's truly tragic for Afghanistan which has already had the highest maternal death rate in the Asia-Pacific region," An Na noted.

Plus, locals consider going to the hospital to be taboo during a pandemic, fearing that they may catch the virus. A slew of ensuing lockdown measures has also hindered patients from seeking timely treatment.

"In March, a woman in a deep coma was sent to my department after a three-hour drive. The 18-year-old was seven months pregnant with twins but developed severe jaundice. The only way to save her life was to terminate her pregnancy by inducing labor." An Na went ahead with the operation, sacrificing the twins but saving the mother, who came out of her coma the next day.

Later, An Na learned that her family could have sent the woman to a hospital in Pakistan, which is much closer to their house nestled in the border area if there had been no COVID-19 restrictions. "So they were holding out until she developed more yellowish patches on her skin. If she'd been treated earlier, she would have had a chance to deliver the babies safe and sound." 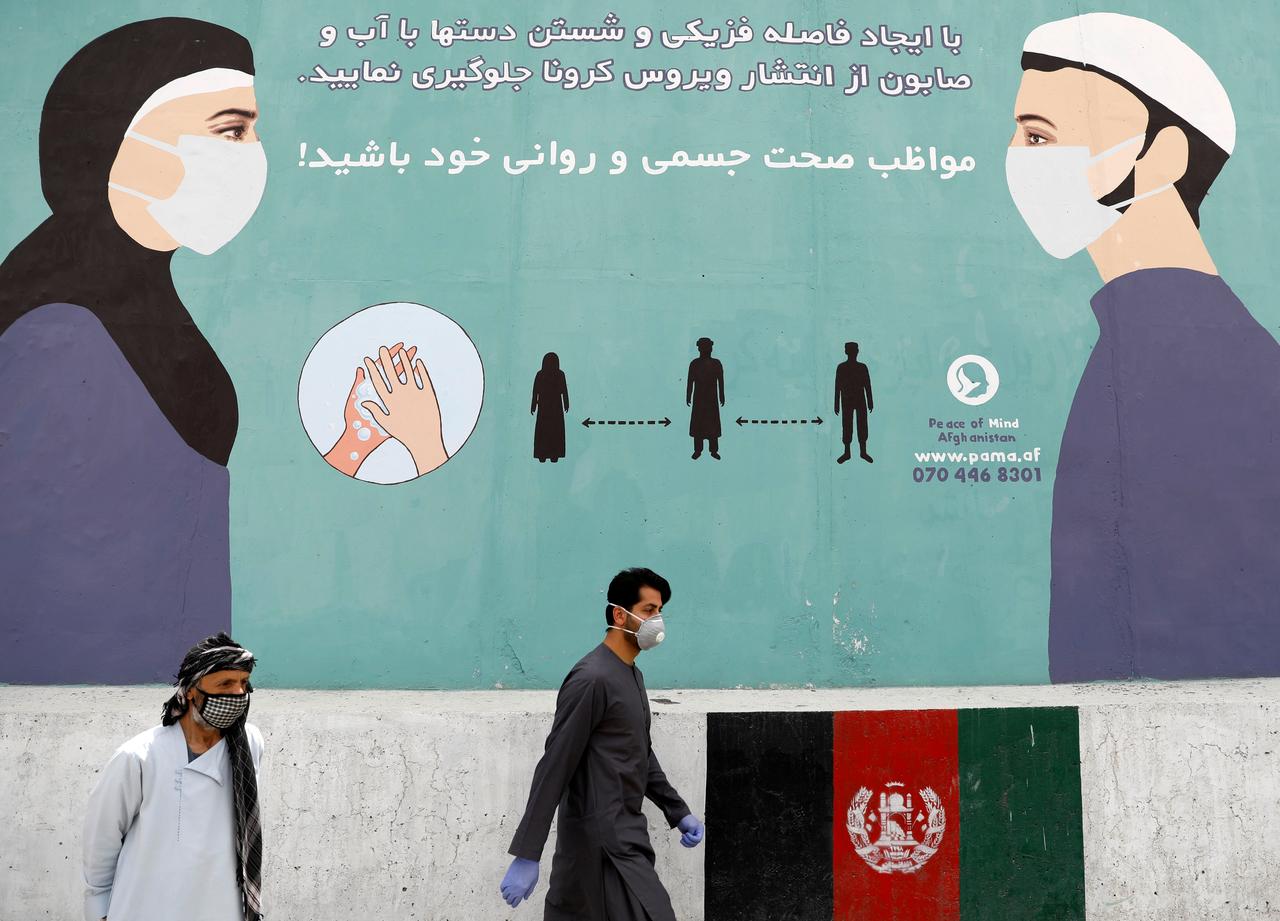 An Afghan man wearing a protective face mask walks past a painted wall in Kabul, Afghanistan, May 7, 2020. /Reuters

An Afghan man wearing a protective face mask walks past a painted wall in Kabul, Afghanistan, May 7, 2020. /Reuters

The apple never falls far from the tree

Facing the double woes of violence and the virus, An Na quickly adapted to the "new normal." Apart from her day job, she also helped set up triage protocols to minimize the impact of COVID-19 and monitor the health of over 300 local healthcare workers to contain the spread of the coronavirus.

"I missed home at the time. I'm not fearless, in particular given the ravaged medical system in Kandahar." She said it was her parents that gave her the courage to go on. "My parents, both doctors, have a big influence on me with their humanitarian principles."

Her favorite book in childhood was one on human anatomy. After graduating from Peking University Health Science Center, she spent three years working at the Beijing Cancer Hospital. "There I could change one person's life, but I can't change the destiny of a population."

She quit to join Doctors Without Borders and then the International Committee of the Red Cross (ICRC) after a year of studying public health in the U.S. "I realized knowing only expertise was far from enough after a couple of years of working in war zones. So I left for a while to engage in public health to understand more about interdisciplinary approaches," An Na told CGTN.

"A year ago, a pregnant woman developed severe preeclampsia and required cesarean delivery. But when I was looking around for her husband to get a signature on the surgical drape, I ended up finding him in the trauma department because he had stepped on a hidden landmine while farming and had both his feet amputated."

An Na tried to help him in his rehabilitation with artificial limbs, in hopes that she could be able to tide the entire family over the harsh times.