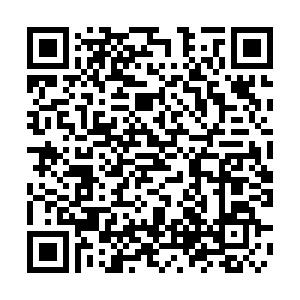 Joe Biden accepted the Democratic nomination for the U.S. presidency with "honor and humility" on Thursday evening before delivering a blistering attack on Republican rival Donald Trump, repeatedly contrasting light with darkness and promising to represent all Americans if elected on November 3.

"If you entrust me with the presidency, I will draw on the best of us, not the worst," the former vice president said. "I'll be an ally of the light, not the darkness."

Five takeaways from the 2020 Democratic convention

In the biggest speech of his political life so far, delivered to a near-empty ballroom in Wilmington, Delaware, the 77-year-old said character, compassion, science, democracy and decency are on the ballot in November during an address which compared his record and character to that of Trump. 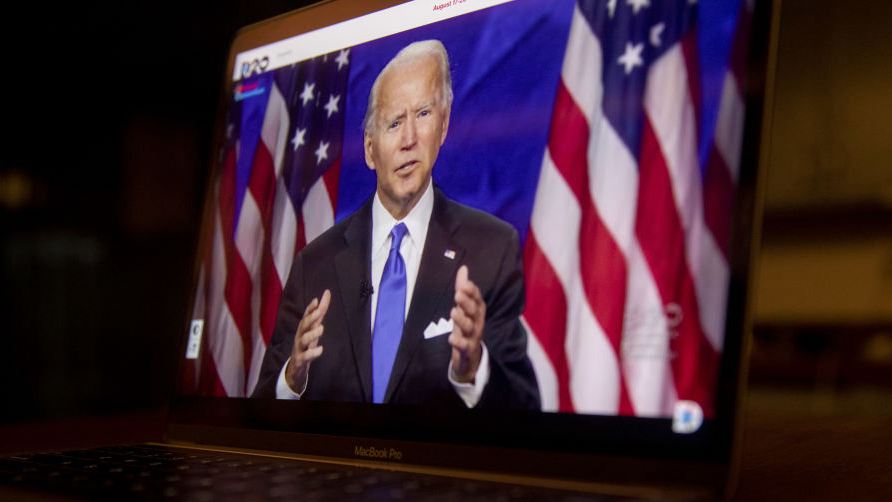 He promised to protect social security and Medicare in a nod to older voters, equal pay for women and reform of the education system, while making a pledge to address systemic racism.

"All elections are important," he said. "We know in our bones this is more consequential. This is a life-changing election." 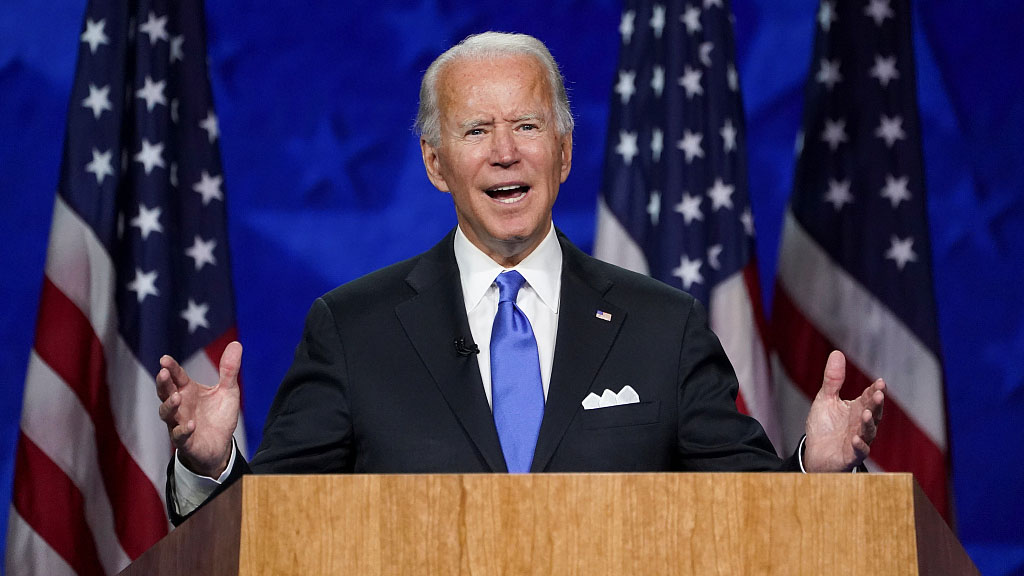 Biden sought to contrast his own character and record with that of Trump, whose name he did not mention throughout the speech.

Joe Biden, how the race was upended in 72 hours

Biden offered condolences to the families of the 170,000 Americans who have died of COVID-19 and promised to take charge of the situation, adding "I have some idea how it feels to lose someone you love" in a nod to his family history.

He warned that while there was "no miracle" cure, the future would be bleak if Trump is reelected. "Cases and deaths will remain far too high. More mom and pop businesses will close their doors – and this time for good. Working families will struggle to get by." 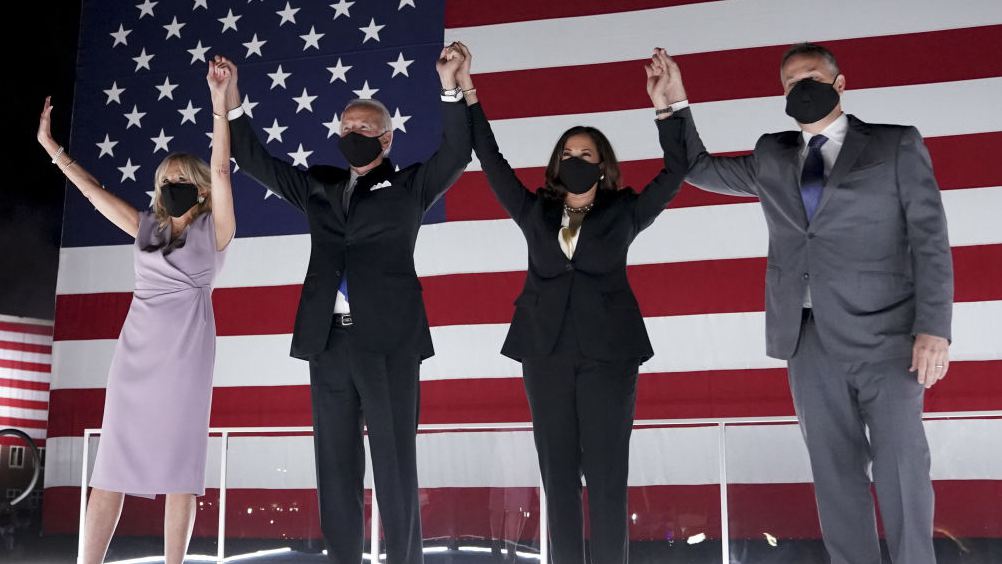 Biden was joined on an outdoor stage, with fireworks overhead, after the speech by his wife Jill, running mate Kamala Harris and her husband Douglas Emhoff.

In a speech that wrapped up the four-day Democratic convention, Biden earlier praised Harris' record.

"Her story is the American story. She knows about all the obstacles thrown in the way of so many," he said. "But she's overcome every obstacle she's ever faced.”

The speech wrapped up the Democratic convention, and eyes now turn to next week's Republican event which begins on Monday.