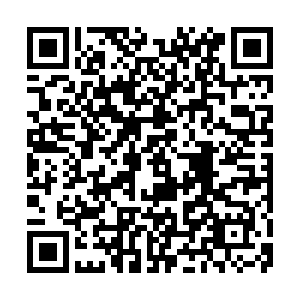 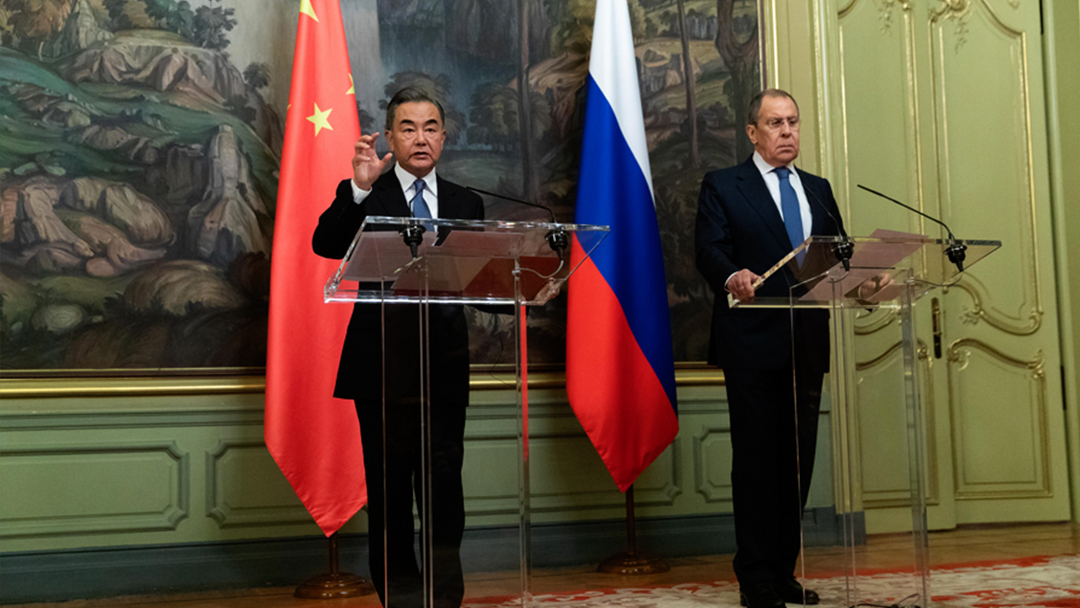 China and Russia have reached broad consensus on strengthening cooperation in multiple areas, including anti-COVID-19 and peacekeeping, within the framework of their comprehensive strategic partnership, according to statements issued by the countries on Friday.

The statements on future China-Russia cooperation were released after Chinese State Councilor and Foreign Minister Wang Yi met with Russian Foreign Minister Sergei Lavrov and held a joint press conference on the sidelines of a foreign ministers' meeting of the Shanghai Cooperation Organization in Moscow.

Wang said bilateral relations have withstood the test of the pandemic and the changing international situation, and the two countries have successfully safeguarded each other's legitimate rights by fighting back attacks from extreme forces in the United States.

How to maintain and develop bilateral ties has become significant not only to both countries but also to the wider world, the Chinese foreign minister said.

He said China and Russia should be supporters of international anti-COVID-19 cooperation, pioneers in technology industries, preservers of the world's fairness and justice, and together make their cooperation the exemplary case of major powers getting along with each other.

In the face of destructive U.S. actions to alienate countries in the Asia-Pacific region, Lavrov said that Russia is willing to strengthen strategic cooperation with China to protect peace and stability of the region. 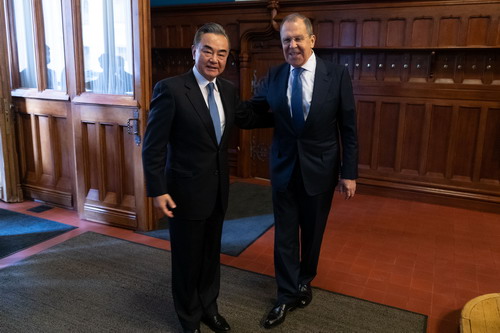 In a joint statement signed by the two foreign ministers, they also stressed that China and Russia are committed to upholding multilateralism, noting that this year marks the 75th anniversary of the end of World War II as well as the founding of the United Nations.

The comradeship between China and Russia built during World War II has provided momentum to the development of the two countries' comprehensive strategic partnership in the new era, the statement said.

As permanent members of the UN Security Council, China and Russia will resolutely oppose unilateralism, protectionism, unilateral sanctions and "long-arm jurisdiction" lacking the supporting basis of international law, according to the statement.

The ministers added that the COVID-19 pandemic has become the biggest global challenge, expressed worries over disinformation spread by certain countries that create barriers for citizens of countries to learn about each other.

China and Russia called for the international community to stop politicizing the pandemic and interfering in other countries' internal affairs, and instead to strengthen cooperation to defeat COVID-19 while supporting the leading role of the World Health Organization, according to the statement.