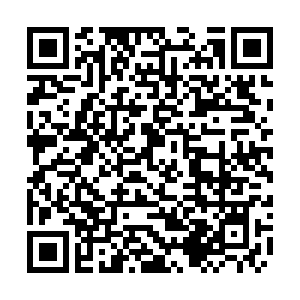 Wang met with Indian External Affairs Minister Subrahmanyam Jaishankar on the sidelines of a foreign ministers' meeting of the Shanghai Cooperation Organization (SCO) in Moscow on Thursday evening. The two sides reached a five-point consensus to maintain peace at border areas and avoid any action that could escalate matters.

On Friday's briefing, Wang reiterated the top priority for India is to ensure its soldiers won't break their promise once again, referring to the incident of which Indian soldiers opened fire in the border area.

He also urged India to withdraw all personnel and equipment that crossed the line immediately to resume peace and stability in the region.

The move would create conditions for settling border issues, Wang said, adding the two sides could continue negotiations based on that. 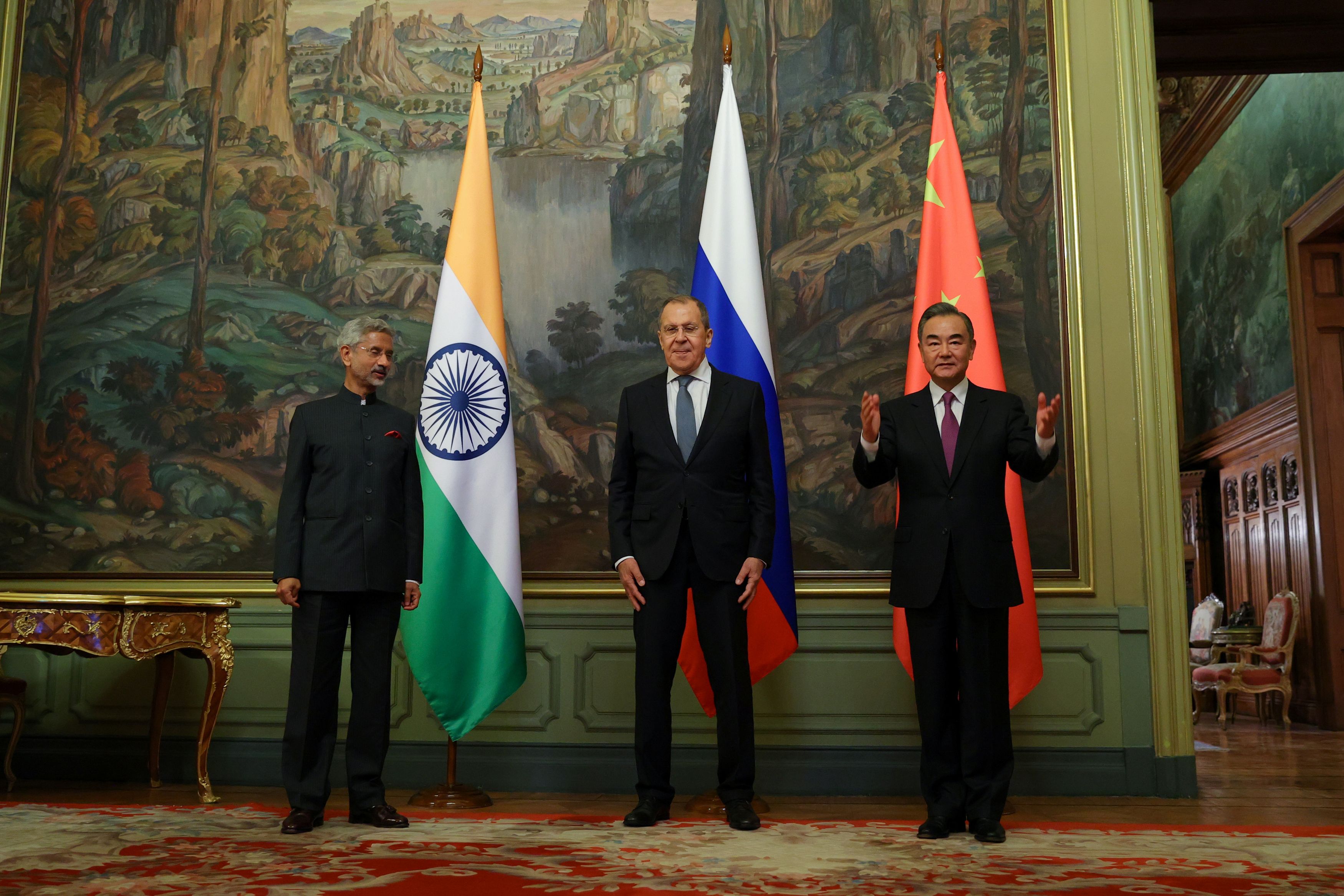 The press conference was held after the two foreign ministers' meeting, during which Wang spoke highly of China's relations with Russia and called for strengthening comprehensive strategic cooperation between the two sides.

He reiterated the point at the briefing by calling the two countries as major powers that help stabilize the turbulent international situation.

During the briefing, Wang once again demanded the U.S. not to interfere in China's internal affairs and abide by the norms of international relations.

Non-interference in other countries' internal affairs is a traditional principle for China's diplomacy, Wang said.

The U.S. congress repeatedly drafted so-called bills targeting on China's internal affairs. It is out of their business, the foreign minister said. 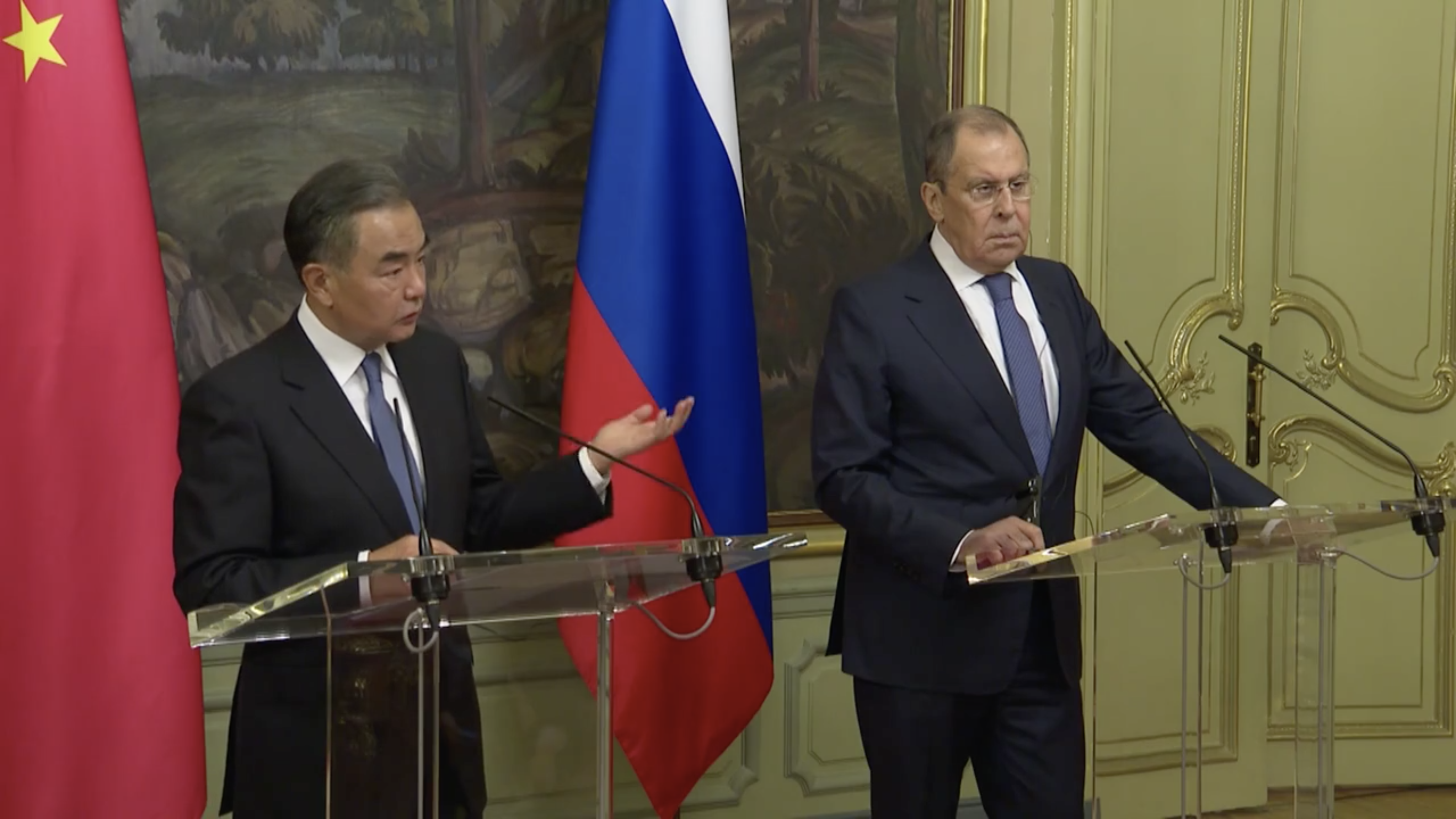 The Chinese foreign minister noted that China will bring the world more opportunities under the "dual circulation" model which takes the domestic market as the mainstay while letting internal and external markets boost each other.

The new model requires China to build a more open economic mechanism. It will inject new impetus and opportunities for national development of other countries in the world, Wang suggested.

Chinese President Xi Jinping called for further opening-up and building an inclusive environment for cooperation with joint efforts at his opening speech of the 2020 China International Fair for Trade in Services (CIFTIS) in Beijing last Friday. Wang said the remarks show China's clear stance on win-win cooperation with other countries. 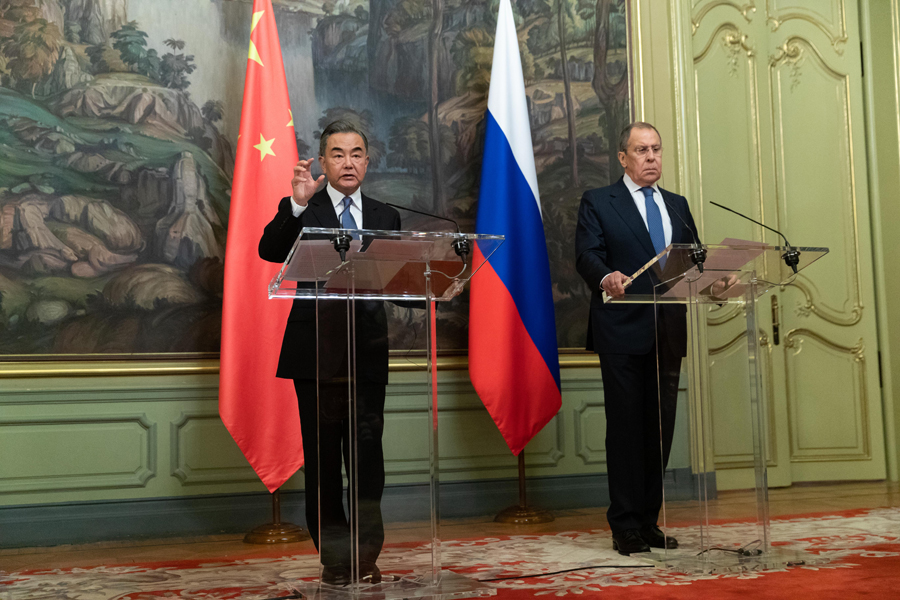 Wang also addressed the Global Initiative on Data Security proposed by China on Tuesday at an international symposium named "Seizing Digital Opportunities for Cooperation and Development." It opposes undermining key infrastructure or data theft by using information technology and forcing firms to store data generated overseas in their home country.

China attaches great importance to data security, Wang said, adding the initiative is welcomed by Russia and the ASEAN countries.

The initiative comes a month after the U.S. said it was purging "untrusted" Chinese apps under a program dubbed "Clean Network."

Noting concerns and comments on China's efforts in protecting data, Wang stated that the aim of the initiative is to show the world not only China's determination on data security, but also its concerns on the concrete actions on safeguarding global data and international security.

We called on all parties to work jointly to intensify pragmatic cooperation, build up mutual trust, and deepen cooperation with one another rather than pursuing unilateralism in the name of national security.