How will China shape its new journey for the coming five years? 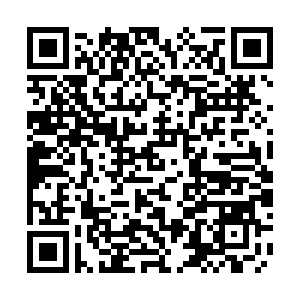 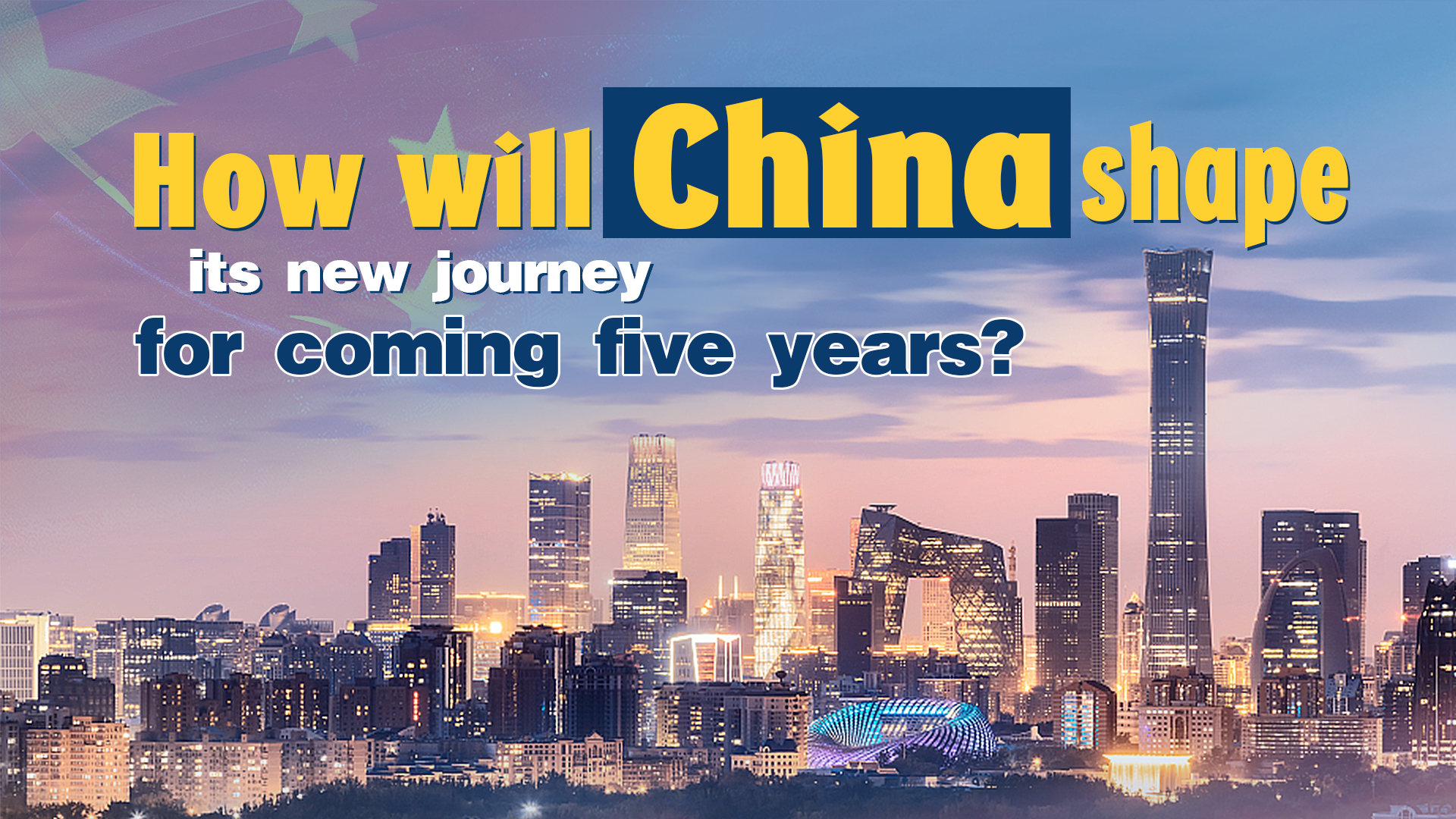 China is holding the widely-anticipated fifth plenary session of the 19th Central Committee of the Communist Party of China (CPC) in Beijing starting from Monday, with a focus on the blueprint for the country's future.

Undoubtedly, China will keep upholding the centralized and unified leadership of the CPC and staying on the path of socialism with Chinese characteristics, but on the future prospects of the world's second-largest economy as it prepares economic and social development plans for the next five years, questions remain.

How will China navigate this new stage of development? What will China's economic and social roadmap be in the post-epidemic era? The following is a comprehensive guide for you to catch the pulse of the meeting.

Why does the meeting matter?

The highest decision-making bodies of the CPC, China's ruling party, are composed of two parts: the CPC National Congress, and the CPC Central Committee elected by its national congress.

Here is a review of all such plenary sessions since late 2012:

The fourth plenary session last year reviewed and adopted the CPC Central Committee's decision on some major issues concerning how to uphold and improve the system of socialism with Chinese characteristics and advance the modernization of China's system and capacity for governance.

According to the agenda of this year's session, the proposals for formulating the country's 14th Five-Year (2021-2025) Plan for Economic and Social Development and future targets for 2035 will be assessed.

Drawn up every five years since 1953, the FYP is a major feature of China's governance system, setting growth targets and defining economic and social development policies to ensure national strategies keep pace with the times.

Since 1953, China has formulated and implemented 13 FYPs. This year, for the first time, a 15-year "long-term vision" is mentioned along with the 14th version of the FYP, aiming for 2035 when the country's socialist modernization is expected to be basically achieved.

Development goals set for the 13th FYP period (2016-2020) are about to be accomplished, which will mark a new and major step forward in China's economic and scientific power, as well as national strength.

Analysts said that given growing uncertainties, the 14th FYP has attracted great attention, as it will be the first FYP after China accomplishes building a moderately prosperous society in all respects and realizing its first centennial goal in 2020, as well as making all-out efforts to achieve its second centennial goal – to build a great modern socialist country around 2049.

"The 14th Five-Year Plan will be a critical plan, drawn up at a critical time," said Wang Changlin, president of the Academy of Macroeconomic Research of the National Development and Reform Commission.

The Political Bureau of the CPC Central Committee has said that the FYP is a "vivid practice of China's socialist democracy." But how?

China has solicited public opinions online on compiling the 14th FYP since August 15, and by convening and presiding over a number of symposiums, Chinese President Xi Jinping has directly listened to opinions and advice on the country's economic and social development in the 2021-2025 plan period from all walks of society. 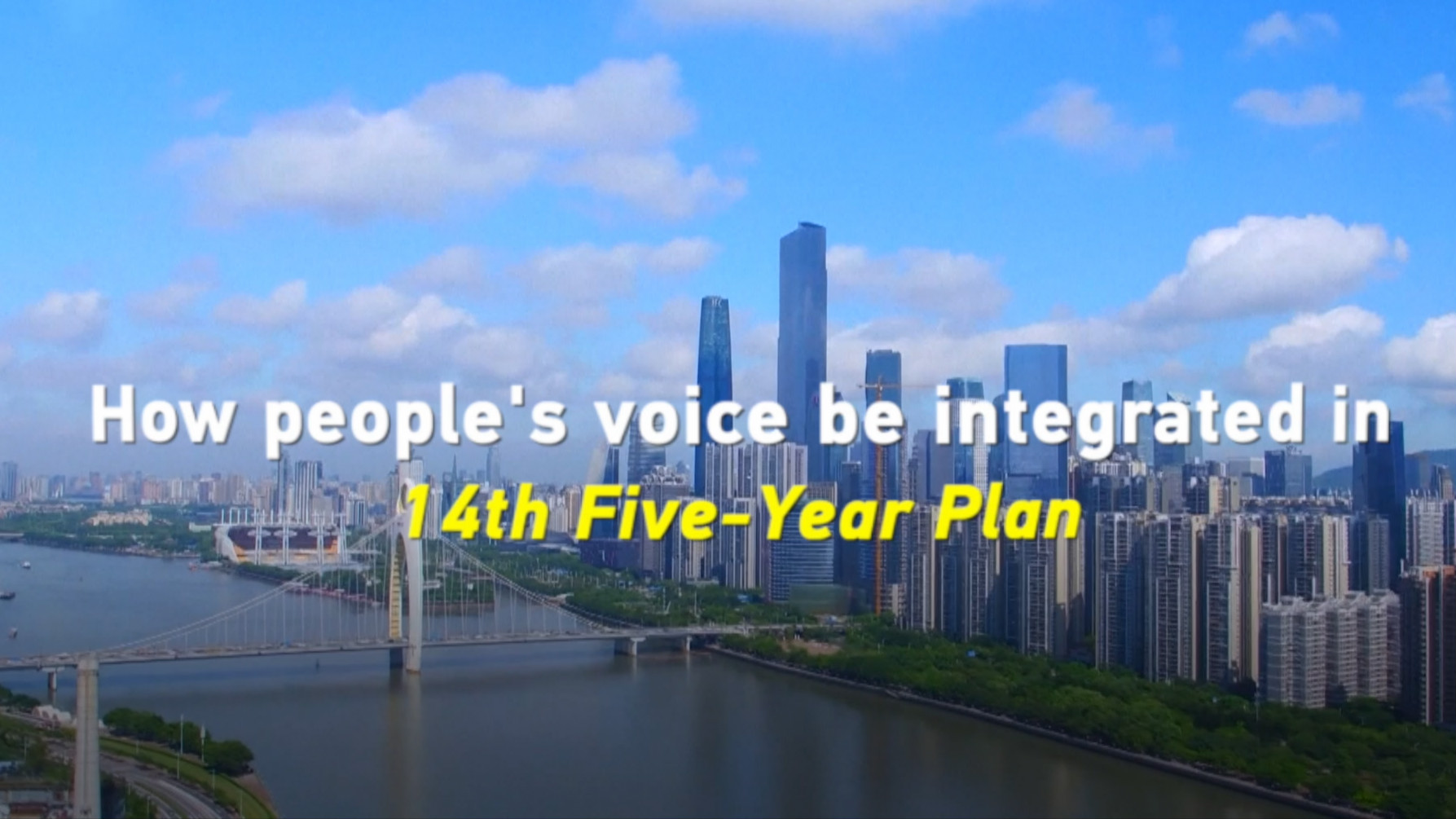 After gathering suggestions widely, how will the blueprint be drawn up?

Clues can be found from the Political Bureau's meetings, during which the following principles are stressed in making the 14th FYP – upholding the overall leadership of the CPC, maintaining and improving the system of socialism with Chinese characteristics, putting people first, building a new development pattern, deepening reform and opening up and forestalling and defusing major risks and challenges.

Adhering to these key points, three aspects may be highlighted in the plan.

First introduced in May, the new development pattern known as "dual circulation," which takes the domestic market as the mainstay while letting domestic and foreign markets boost each other, has been placed high on the authorities' agenda.

In pursuing the new development pattern, scientific and technological innovation, especially making breakthroughs in core technologies, is widely regarded as the key to shaping domestic circulation. 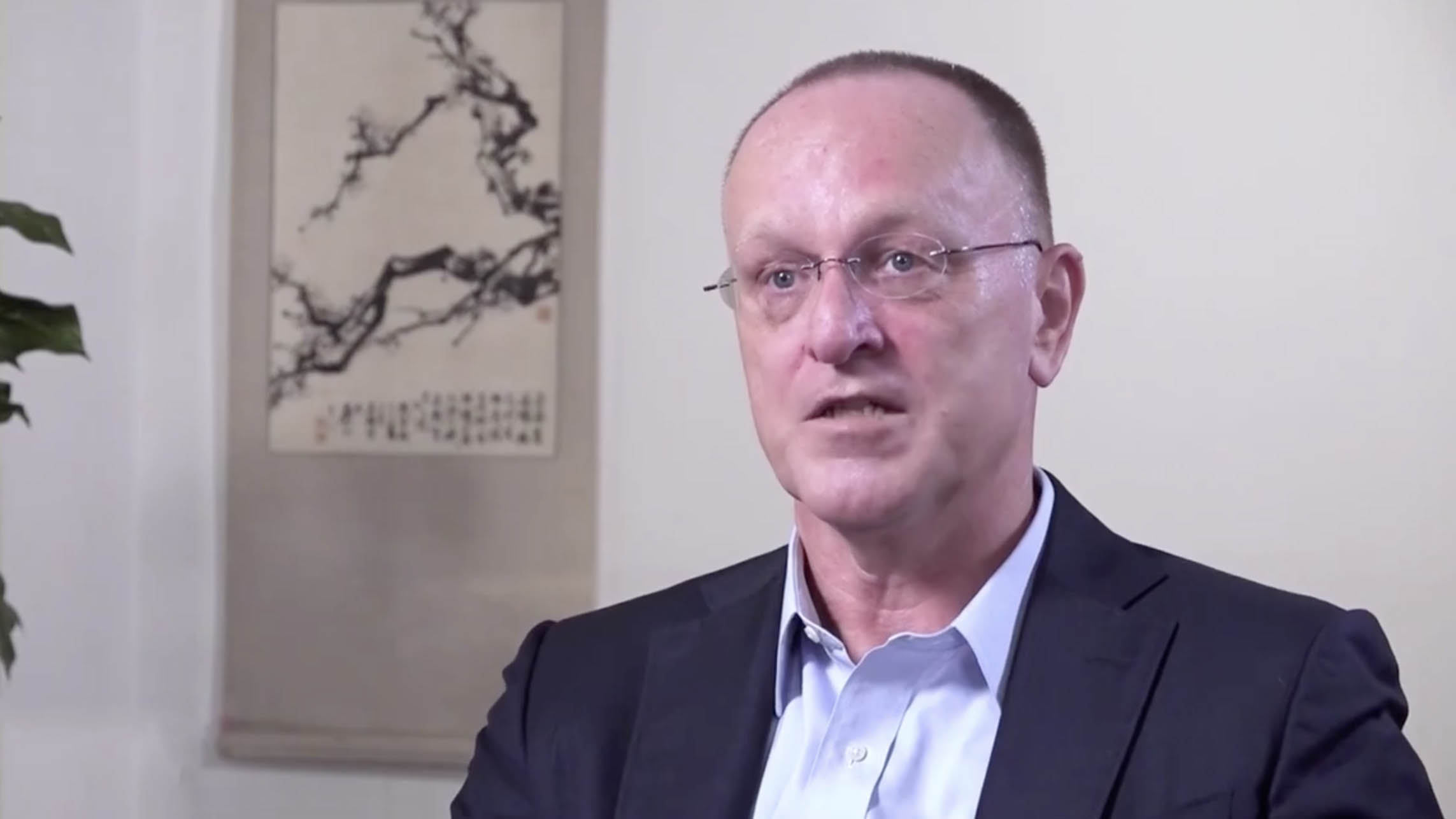 When talking about what to expect for the next five-year plan, Bert Hofman, former World Bank Country Director for China, told CGTN during an interview that the dual circulation is a vital strategy in China's economic blueprint.

"Over the past decade, China has increased household consumption in GDP a little bit, from 35 percent to about 40 percent but it has a long way to go," he said.

While chairing a meeting on the new plan in November last year, Chinese Premier Li Keqiang stressed several principles of making the new plan, including to keep the economy running within a reasonable range, to promote high-quality development, to emphasize the vision of people-centered development and to highlight the role of reform and innovation in tackling difficulties.

Following the principle of pursuing progress while ensuring stability, all regions and departments have deepened the all-round reform, taken the initiative to further open up and maintained medium-high economic growth within a reasonable range, he said. 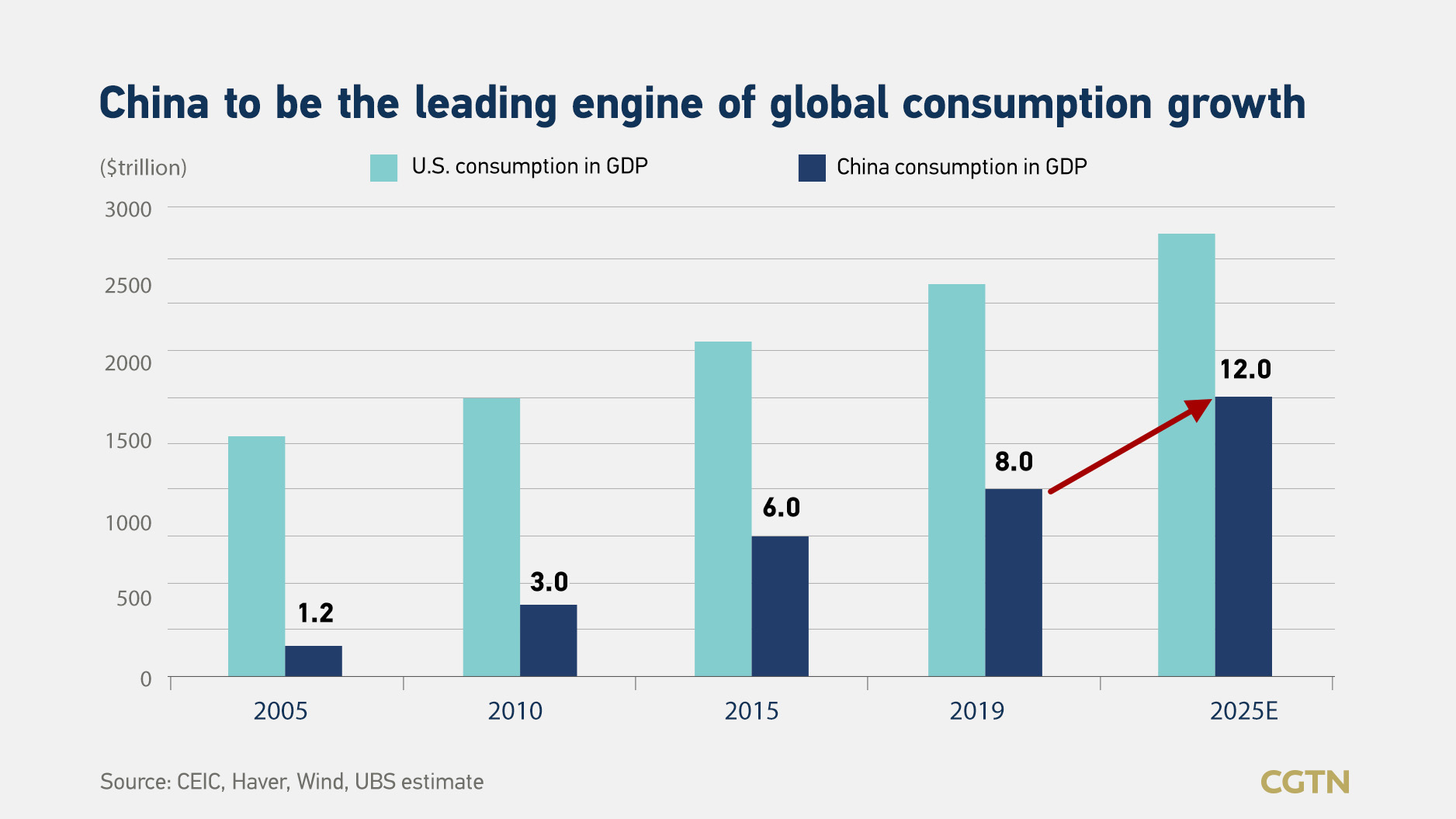 Wang Tao, the chief China economist at UBS Investment Bank, predicted in his article that the 14th FYP will emphasize fostering structural changes domestically and improve the quality of growth.

"This means that the 14th FYP will likely set ambitious targets for urbanization (likely another 5-point increase in hukou urbanization rate), new urban employment growth (possibly another $50 million in 2021-25), increase in shares of consumption and services, improvement in the social safety net, and an increase in education and research and development spending," said the economist.

Aside from providing the general direction, the 14th FYP is more like "a super policy package" – setting quantitative indexes on many fields, including economic growth and environmental protection, and listing major programs and infrastructure projects affecting people's livelihood, Yan Yilong, a research fellow with the Center for China Studies at Tsinghua University, told the Global Times.

Meeting people's ever-growing needs for a better life has always been an important issue in China, and Xi Jinping has called for efforts in promoting the development of China's education, culture, health and sports sectors to reach the goal.

In this regard, policies concerning these areas will undoubtedly be covered in the 14th FYP.