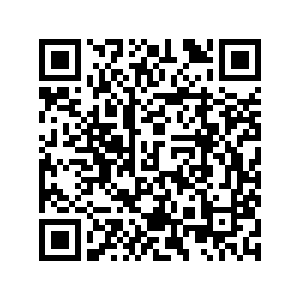 The decision clearly violated the market principles and rules of the World Trade Organization, seriously damaging the legitimate rights and interests of Chinese enterprises, noted Zhao.

Zhao's remarks came after India on Tuesday blocked access to 43 mostly Chinese mobile apps, including Alibaba Group Holding Ltd's e-commerce app Aliexpress. A few dating apps were also added to the block list. A statement issued by India's Ministry of Electronics and Information Technology cited these apps as a threat to the country's "sovereignty and integrity."

India has imposed bans on around 200 apps this year, claiming risks to its national security.

It forbid access to 59 mostly Chinese mobile apps including Bytedance's TikTok and Tencent's WeChat following border skirmishes that erupted between the two countries in June, before moving to prohibit another 47 apps in July and over 100 Chinese mobile apps, including wildly popular mobile game PUBG, in September.

On the same day, the spokesperson of the Chinese Embassy in India, Counselor Ji Rong also responded to India's decision. "We firmly oppose the Indian side's repeated use of 'national security' as an excuse to prohibit some mobile apps with Chinese background," Ji said.

The Chinese government has always required overseas Chinese companies to abide by international rules, operate in compliance with laws and regulations and conform to public order and good morals, stressed Ji, adding "we hope the Indian side provides a fair, impartial and non-discriminatory business environment for all market players from various countries including China, and rectify the discriminatory practices violating WTO rules."

Ji emphasized that China and India are the opportunities of development to each other rather than threats, and urged both sides to bring bilateral economic and trade relations back to the right path for mutual benefit and win-win results on the basis of dialogue and negotiation.

India's ban against Chinese apps not only damages the legitimate rights and interests of Chinese investors and service providers, but also harms the interests of Indian consumers and the investment environment of India as an open economy, said Chinese Ministry of Commerce (MOFCOM) following the September ban.

The ministry added that India has abused the concept of "national security" and adopted discriminatory restrictive measures against Chinese companies, which violated the World Trade Organization (WTO) rules.

China serves as India's biggest source of imports. Official data show that in 2019, the bilateral trade volume between China and India reached 639 billion yuan ($97 billion), of which India imported 515 billion yuan ($78 billion) from China, accounting for two-thirds of the total trade between the two countries.

(Cover: A woman uses her phone to scan a purse inside the AliExpress pop-up store in Paris, France, September 24, 2020. /CFP)