The Yellow River: The most sediment-laden river on earth
CGTN 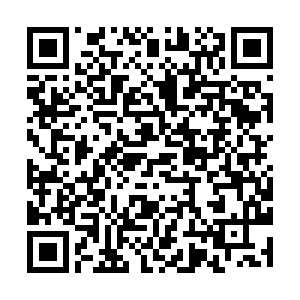 Dubbed the "Cradle of the Chinese Civilization" or the "Mother River," the Yellow River is one of the most well-known rivers in China. It runs through the Loess Plateau, a seriously eroded area, and takes a vast majority of the sediment to the water. Every year, tons of silt discharge into the channel, making it the most sediment-laden river on earth.

The name of the river illustrates the muddy water, but it doesn't always carry such large amount of fine-grained loess. Originating from the Qinghai-Tibet Plateau, the upstream is clear and peaceful.

Residents in the middle reaches are familiar with a mighty Yellow River. The steep slopes and narrow gorges speed up the flows, and other tributaries join in and widen the river. When the middle course cuts through the Loess Plateau, the force of the water takes away with it a huge amount of surface material.

Hukou Waterfall, known as the largest muddy waterfall in the world, lies in the middle reaches of the river. Its crashing waves and thundering waterfalls have drawn streams of visitors from afar.

As the sediment deposits keep accumulating on the riverbed, some of the surrounding areas become lower than the riverbed, resulting in a threat from flooding to local residents. Over the last few years, considerable soil and water conservation measures have been taken, including Grain-for-Green program in the Loess Plateau. According to a report from China's Xinhua News Agency, over 40 million tons of sediment have been reduced each year from being washed into the middle reaches in the past two decades.

How much do you know about geographical China? The biggest desert is the Taklamakan, the largest waterfall is Huangguoshu, and the lowest altitude glacier is found in Yunnan, while the highest mountain towers in Tibet. In this series, we are going to unveil stories behind China's most astonishing natural world.

Tianchi Lake: The mystery creature at the deepest lake in China.

Mingyong Glacier: How to save the lowest-latitude glacier of China?