Download
Return of milu deer to the wild
Zhao Ying 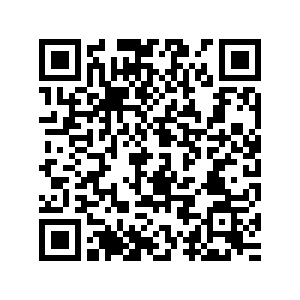 In ancient times, milu deer resided in wetlands along the Yangtze and Yellow rivers in China. The carefree time of roaming around didn't last long as humans gradually encroached on their habitat for farming and hunted them for food. In the Qing Dynasty, there was only one herd of milu deer left in Nanhaizi hunting ground in Beijing and the species got extinct in the wild at the turn of 1900s.

When 77 milu deer were re-introduced into China in the 1980s and successfully bred, scientists began to consider relocating some of them to other parts of China for better conservation. In 1988, Beijing Nanhaizi Milu Deer Park sent two milu deer for the first time to Shijiazhuang Zoo in north China's Hebei Province. Three years later, eight milu deer were sent to Fengmu Deer Farm in south China's Hainan Province, which was the southernmost historical distribution zone of milu deer. 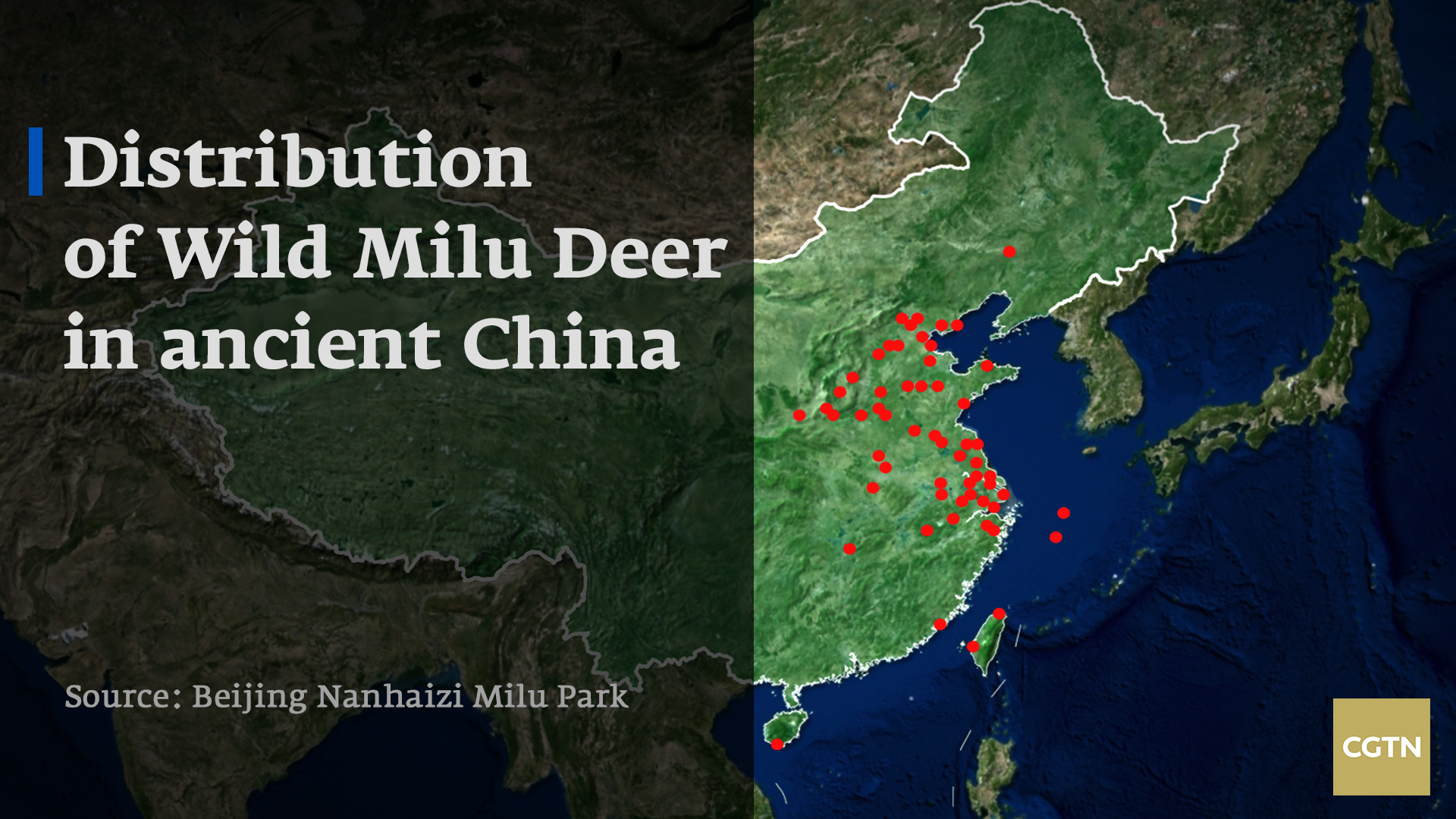 However, it was not enough for scientists who wanted the endangered species to thrive in the wild. After five years of careful site selection and deer training, a herd of 30 milu deer was transferred from Nanhaizi to Shishou Milu Deer National Nature Reserve in central China's Hubei Province in 1993, marking the first in situ conservation of milu deer in the middle reaches of the Yangtze River.

Another 34 and 30 milu deer were sent to Shishou in 1994 and 2002, respectively, to further enrich the genetic diversity. In 1998, the devastating floods accidentally "created" three small groups of wild milu deer nowadays living around the Dongting Lake. 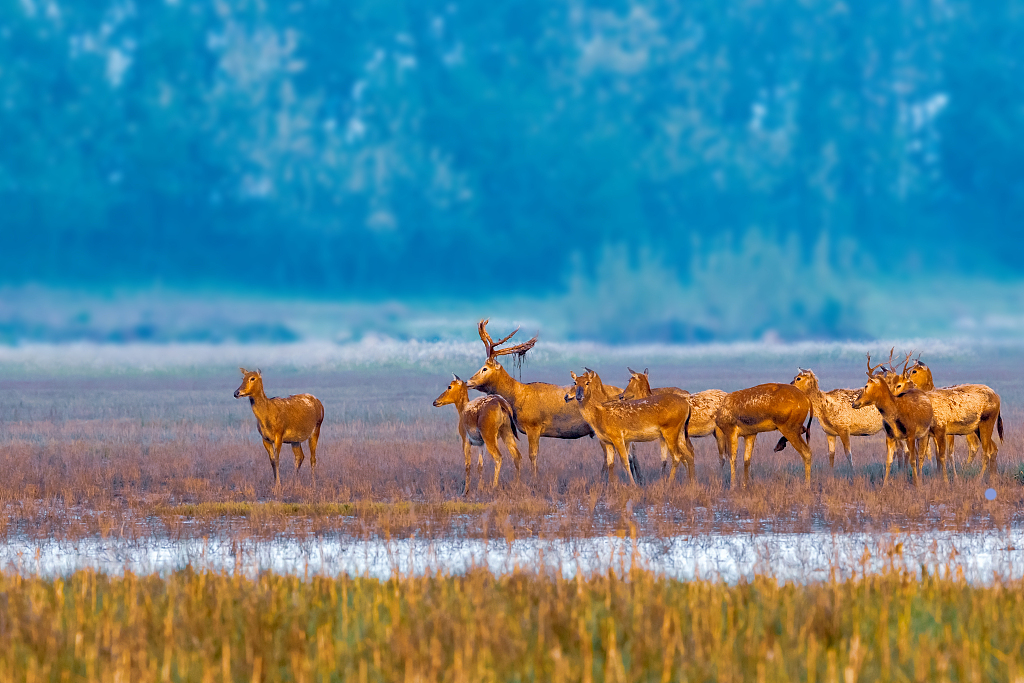 At that time, 34 milu deer in the Shishou nature reserve went missing during the floods. Among them, 11 milu deer swam to the nearby Yangpotan wetland and 23 swam across the Yangtze River, arriving at Sanheyuan wetland and the Dongting Lake region.

These three groups gradually expanded their habitat and turned into a herd of around 800 to 900 in the wild. Apart from about 1,100 milu deer inside the Shishou Milu Deer National Nature Reserve, there are over 2,000 milu deer living in Shishou. 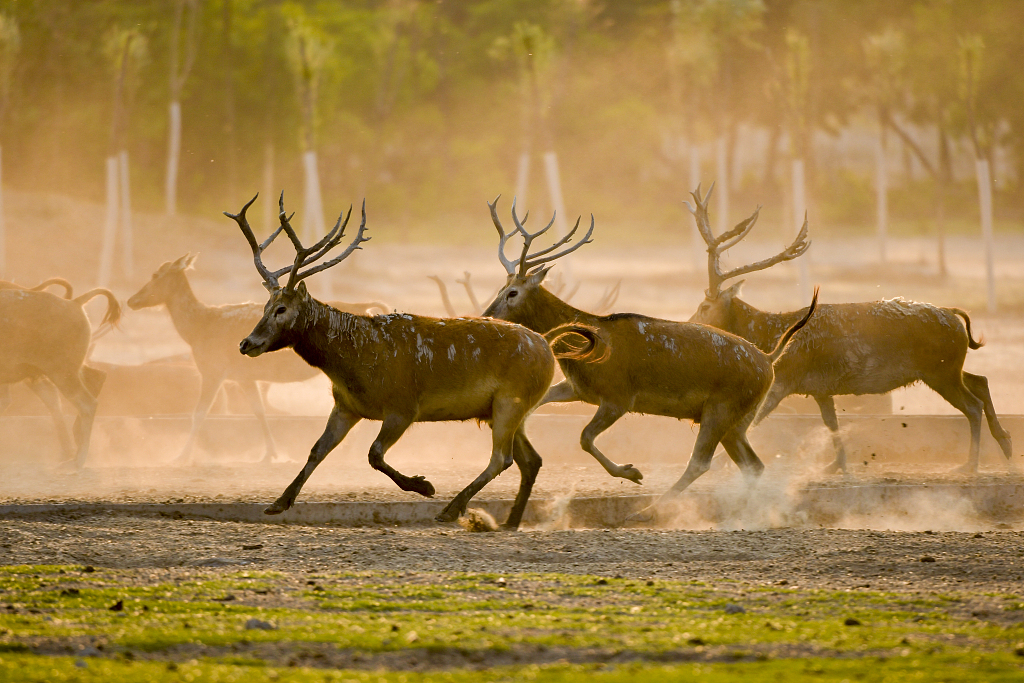 Though the species was still classified as Extinct in the Wild by IUCN Red List in 2016, one can now see the wild milu deer roaming again in their homeland.

The lost and found of milu deer in Nanhaizi