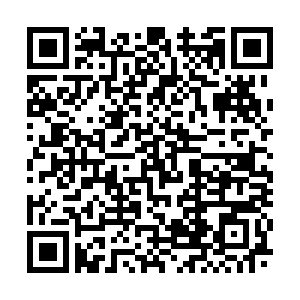 Chinese President Xi Jinping delivered a New Year address on Thursday in which he reviewed China's achievements in 2020 and extended New Year wishes for 2021.

Here are the highlights of his address:

Chinese people have carried out an epic battle against the coronavirus with their love, grit and perseverance, said Xi.

He eulogized the frontline medical workers, scientists, community workers, volunteers, and all those who have made contributions and sacrifices in the fight against COVID-19.

Numerous people fulfilled their missions at the risk of their lives and protected humanity with sincere love, said Xi, stressing that every one of them is an unsung hero.

"We have overcome the blow of the COVID-19 pandemic, balancing epidemic prevention work and economic development, which gained significant achievements," said Xi.

Among major economies, China has taken the lead in achieving positive growth this year, he added.

China has overcome difficulties to forge ahead in 2020, making historic achievements in building a moderately prosperous society in all respects and a decisive victory in poverty alleviation, said Xi.

Reviewing China's socio-economic achievements in a New Year address, Xi said over the past eight years, about 100 million people in rural areas have been lifted out of poverty, and 832 impoverished counties have all been declared poverty-free.

China will deepen its reform with more courage in the future, said Xi.

In 2020, the country has celebrated the 40th anniversary of its first special economic zone in Shenzhen, south China's Guangdong Province, the 30th anniversary of the Pudong New Area in Shanghai, and has witnessed pilot zones being transformed into pioneering models, Xi added.

China to continue to work miracles with further reform

Xi said the Communist Party of China (CPC) will always put people first, remember its original aspiration and mission, and achieve the great rejuvenation of the Chinese nation.

2021 marks the 100th anniversary of the CPC. During his address, Xi recalled the Party's birth in Shanghai and South Lake in Jiaxing, east China's Zhejiang Province.

Click here for the video replay of the address.