Download
From 6 to 200: When the tiger came down the mountain
By Zhao Ying 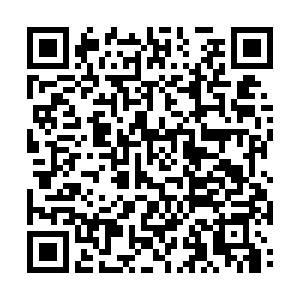 For millennials living in China, their impressions of tigers, the "king of beasts," mostly come from visits to the zoo or footage from infrared cameras. Historically, there were five tiger subspecies in China, and the South China tiger was one of the smallest tiger subspecies.

Also known as the Chinese tiger or Xiamen tiger, it used to inhabit the forests north of the Pearl River and south of the Yellow River, spanning a large land area in southeast China. Though the South China tigers were smaller, they were still ferocious predators, hunting deer and wild boar, and their attack on humans increased as encounters between the two became more frequent.

Before the Ming Dynasty (1368-1644), the conflict between tigers and humans was not much of a problem. It only took place in several counties in the Zhejiang, Anhui and Fujian provinces. However, the number of tiger attacks on humans surged dramatically in the Ming and Qing dynasties due to a human population explosion and ensuing human encroachment on the tigers' habitat.

According to reports, 514 attacks occurred in southeast China during this period. In the Qing Dynasty (1644-1911), over half of the country was troubled by "the visit of tigers," and the government organized tiger hunts to protect the people. 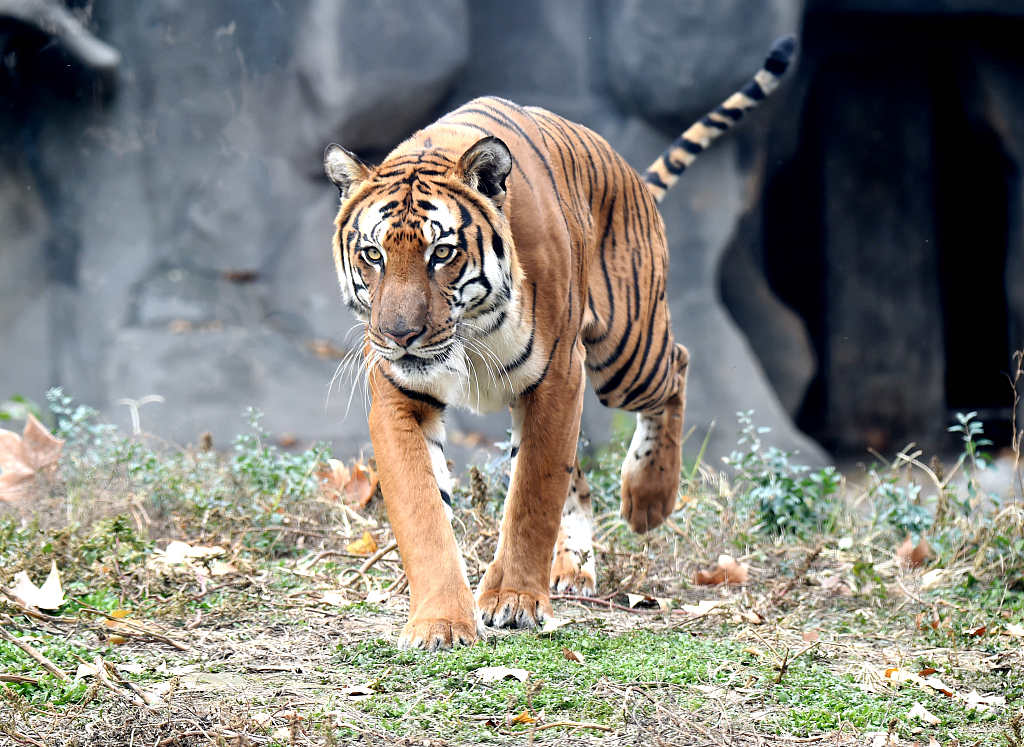 By the early 1950s, the population of the South China tiger was estimated to be around 4,000, and the conflict between tigers and humans persisted. Between 1952 and 1962, more than 2,000 people were killed by the tiger in central China's Hunan Province alone. The local governments encouraged squads to hunt the man-eating tigers, and it proved to be an effective strategy.

In 1952, the Soviet Union became the first country to prohibit hunting tigers to protect its dwindling tiger population of 30 to 40. Chinese zoologist Tan Bangjie noticed the change and proposed protecting the South China tiger and Siberian tiger in China, but it took almost 25 years for tigers to be listed as protected animals. By 1976, when protection was granted, the number of the South China tigers has dropped to less than 200. 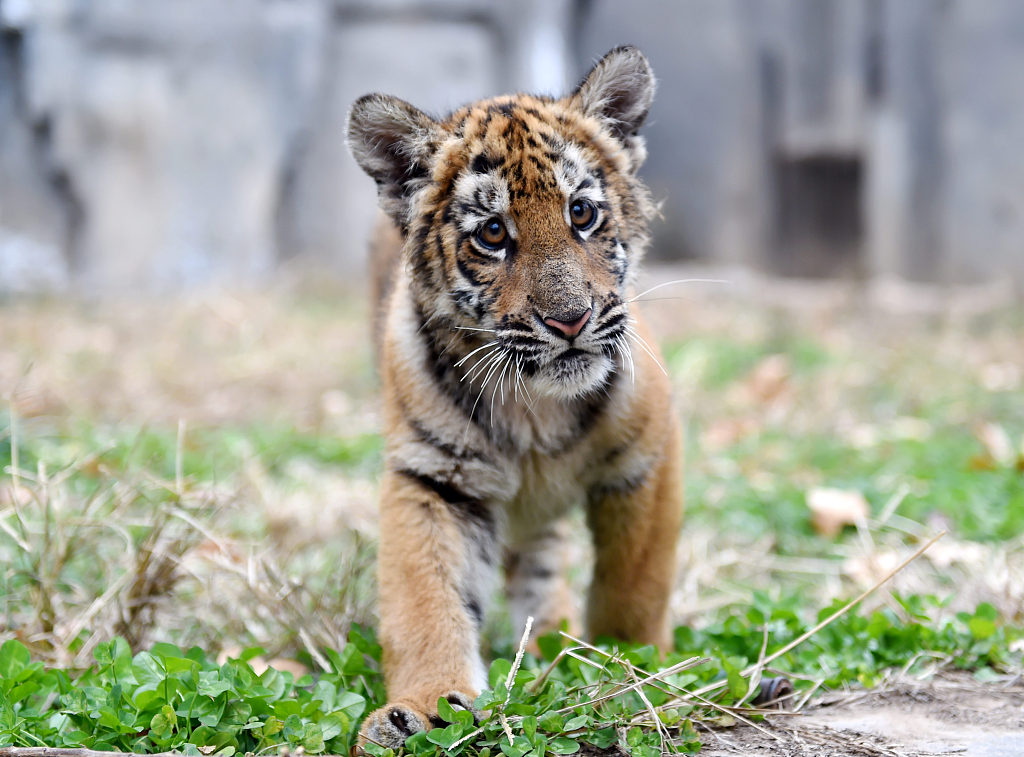 Despite the policy, the poaching did not stop. The tigers were also hunted for their skin, bones and other body parts that could be sold for money. Tan estimated that there were only 30 to 40 South China tigers left in the wild In 1984, and their habitat has shrunk from 3.2 million to 200,000 square kilometers. The last time people saw the South China tiger in the wild was said to be in 1986. The young cub captured by a trap in Hunan died after 15 days.

Today, the tigers have come down the mountain and settled behind zoo enclosures, a safe distance from humans. But will we help them return to the mountain one day? How will we deal with the distance between us? 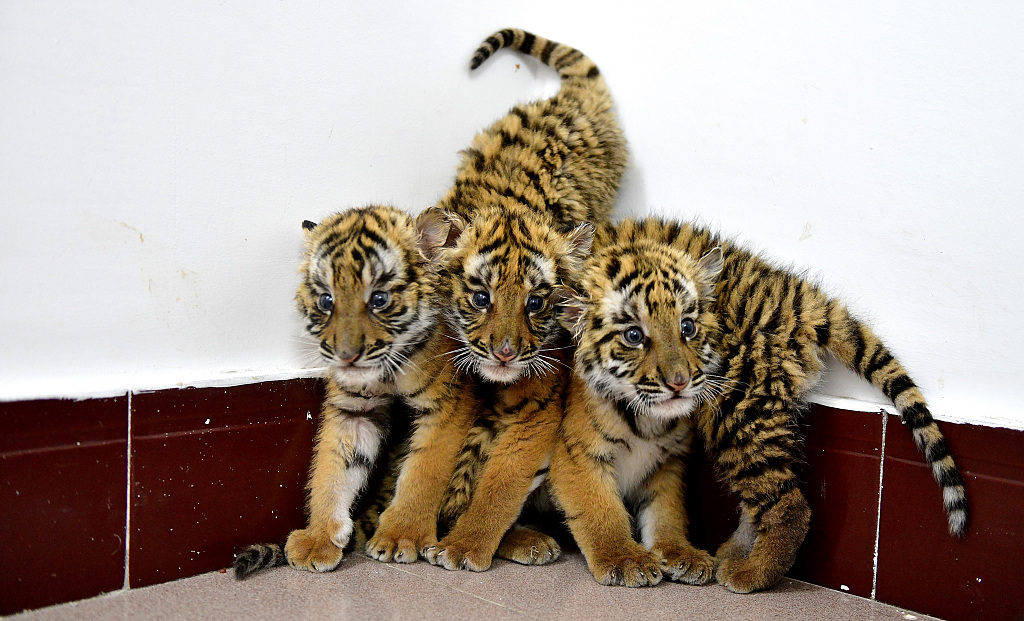 About the 'Lost then Found' series:

Many species on Earth went extinct because of environmental changes, evolutionary problems, habitat loss or human activity. The disappearance is ongoing, but some species are lucky to have survived, thanks to conservation efforts. In this series, CGTN will guide you through the journey of saving these creatures from extinction.

From 24 to 634: The Przewalski's horse returns to the wild

The tough journey of releasing Przewalski's horses into the wild