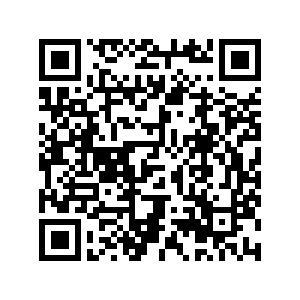 A pufferfish contains a toxin 1,200 times more poisonous than cyanide, and there is enough toxin in one pufferfish to kill 30 adult humans. 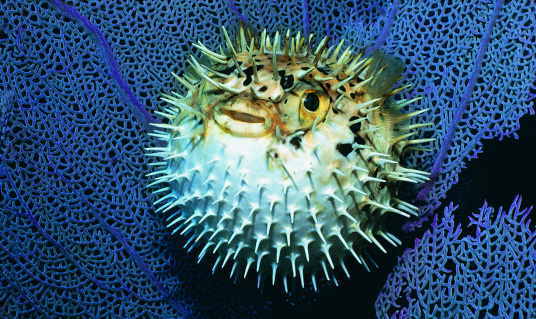 Pufferfish, or blowfish, are known for a cute ball-like body. There are more than 120 species of pufferfish worldwide according to the National Geographic, most of which are found in tropical and subtropical oceanic waters, but some species live in brackish and even fresh water. Pufferfish don't have scales, instead, they have spines on their skin that can scare away the enemies. Unlike most fish that have many pointed teeth, pufferfish have four teeth that are fused together into a beak-like form.

Pufferfish are slow swimmers. Their clumsy swimming style makes them vulnerable to predators.

However, they have powerful ways of protecting themselves: getting inflated and poisoning. 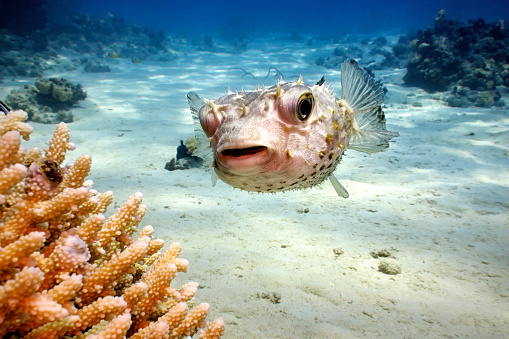 When pufferfish get threatened, they turn themselves into a virtually inedible ball several times their normal size by quickly ingesting huge amounts of water and even air. The puffing, in addition to their spines, makes them less palatable. Even if a predator successfully swallows the pufferfish, it risks being poisoned.

The toxin in the pufferfish, called tetrodotoxin (TTX), is found throughout their bodies, including gonad, intestines, liver and blood, and is actually produced by the bacteria that the fish allows to colonize its various parts. TTX is a neurotoxin, meaning it takes out the nervous system as it moves through the body.

Sometimes, a pufferfish can also kill itself by mistake. Though they have strong tolerance for toxins, it doesn't mean they are totally immune. When they over-secrete toxins due to emotional agitation, they can't survive either. 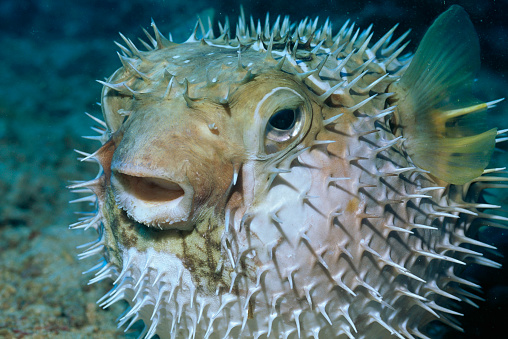 Pufferfish is also a prized culinary delicacy. However, sometimes one bad cut of a pufferfish means certain death for a customer.

According to "Tetrodotoxin Toxicity" written by Harish R. Kotipoyina from North Florida Regional Medical Center, the incidence of TTX poisoning is very rare but it is higher in countries where people eat pufferfish regularly, like Japan and some Southeast Asian countries. From 2002 to 2006, 223 Japanese patients suffered TTX poisoning and 13 of them died.

Most populations are considered stable, while some species of pufferfish are vulnerable due to pollution, habitat loss and over-fishing. 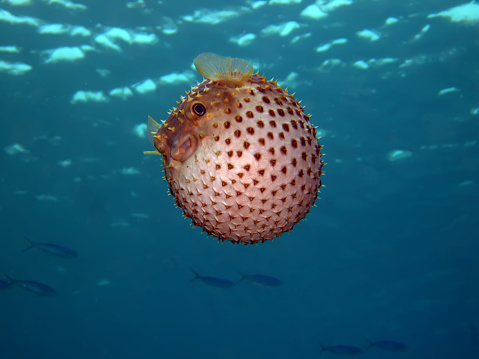