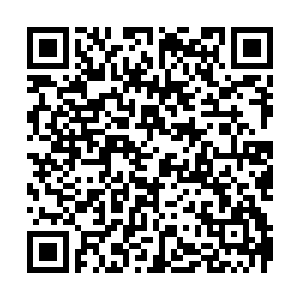 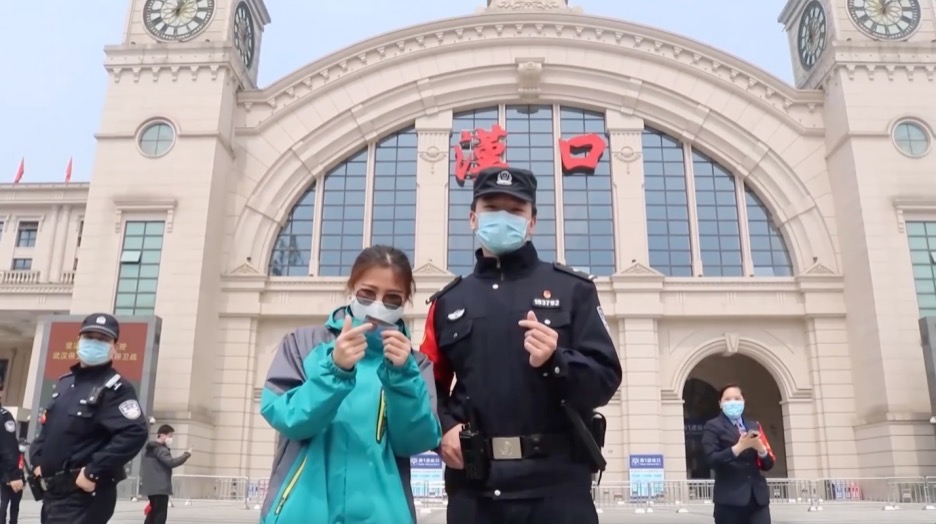 The coronavirus outbreak led to a city-wide lockdown in Wuhan, capital of central China's Hubei Province, in January 2020. On the day before lunar New Year's Eve, police officer Zhang Wei was on duty at Hankou Railway Station and witnessed its closure. CGTN revisited the station and talked to Zhang, who recounted how the Spring Festival season last year was different from any before.

"I believe that 2020 marked a year of growth for every Wuhan citizen," said Zhang.

On January 23, 2020, railway passenger transport was suspended. Zhang and his team at Hankou carried out the lockdown order immediately as the station emptied in no time.

"When my colleagues and I sealed up the station, we felt sorry for all the passengers," said Zhang, trying to hold back tears.

Hankou Railway Station is one of the busiest transit hubs in the city of Wuhan and China at large. Around the Chinese New Year travel rush season, it can host up to 170,000 passengers per day. Many of them are migrant workers taking a rare break and traveling to reunite with their families as part of the annual tradition. But last year, just two days before the festival, their homeward journey came to an unexpected halt due to the deadly virus.

"Almost all passengers were telling people over the phone that there was no way to go back home anymore," Zhang said, recalling the moment with ambivalent feelings. "I understand the longing for family reunions but we still had to execute this order." 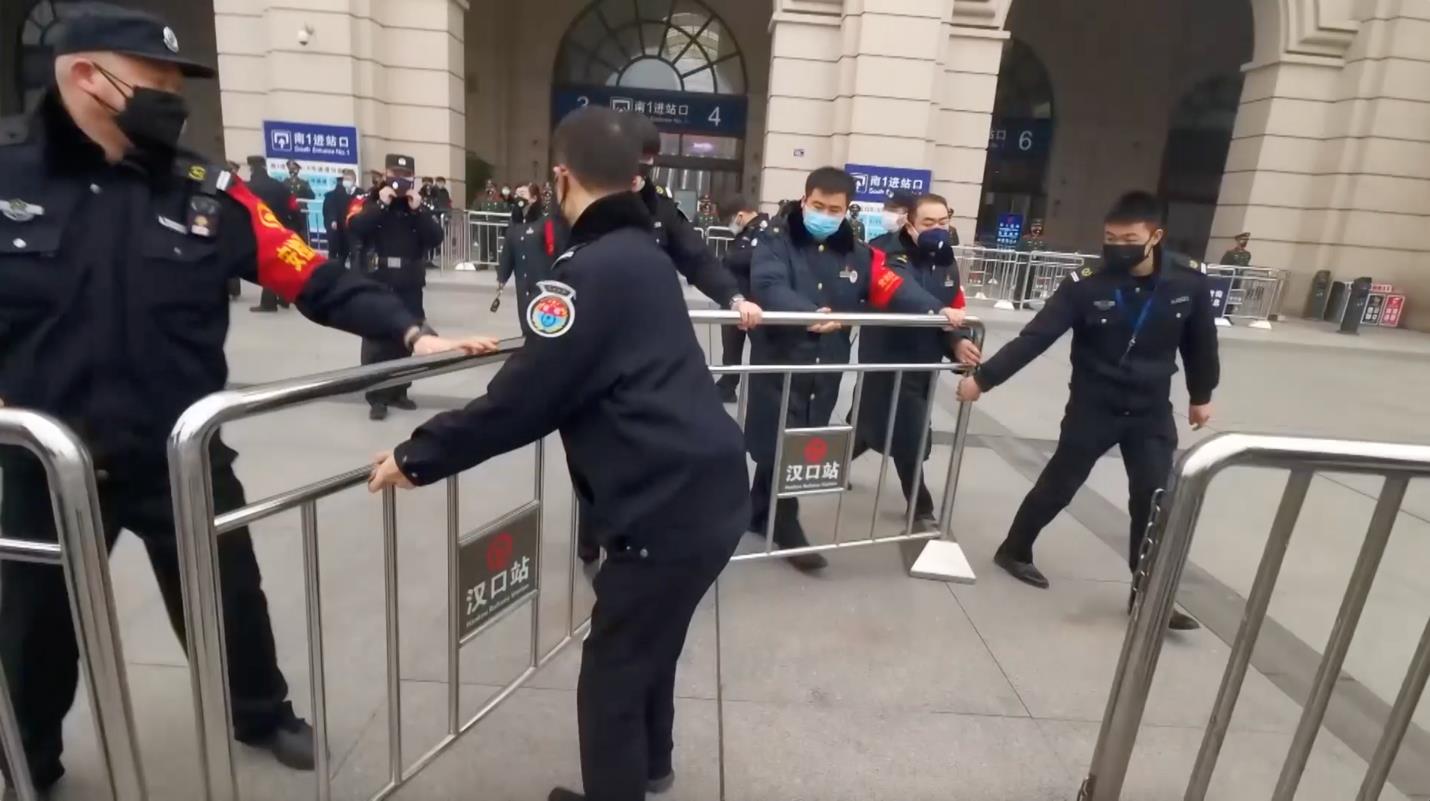 Despite the lockdown, Zhang and his team still went on daily patrols inside the station to not only safeguard property but also ensure that the railway system functioned normally.

With its strategic location in central China, Wuhan has become a major transport and industrial base for the nation. The Hankou Station is well-connected by high-speed rail to major cities such as Beijing, Shanghai, Guangzhou and Chongqing. During the lockdown, it played a critical role in receiving medical workers as well as transporting medical supplies and medicine.

On January 28, 2020, Chongqing's medical rescue team – a vanguard in the national effort to support Wuhan – arrived in the city via train. Zhang and his colleagues received the team with the warmest welcome and assisted in transporting medical supplies to other lockdown areas.

"We saw hope for Wuhan and for Hubei Province as a whole," Zhang said. "We wished them all the best at heart." 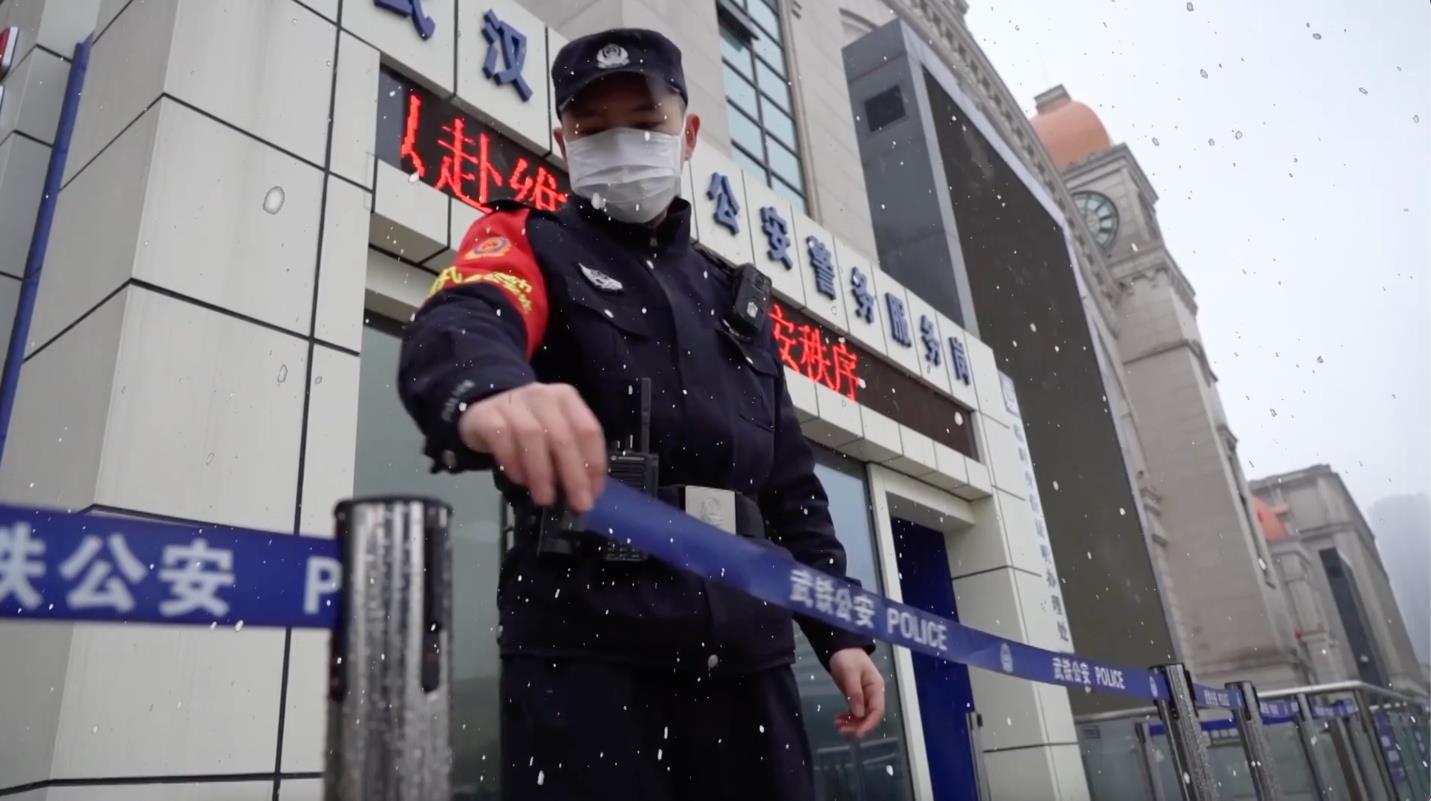 By the time these frontline medical workers, some of them young nurses, were leaving the city after accomplishing their missions, Zhang was grateful for the light of hope they had brought to Wuhan during a time of darkness. He was also proud that all the team members were able to return to Chongqing in good health.

On April 8, 2020, Wuhan lifted its 76-day lockdown. The city reemerged from the outbreak as work and public transport resumed gradually. People once again embarked on their long overdue journeys to reunite with families in other cities.

Zhang was excited to see the station come to life again with passengers, but his team still took on important epidemic prevention and control measures in order to prevent a recurrence of infections.