76 days in Wuhan: The dawn is at hand
By Duan Fengyuan 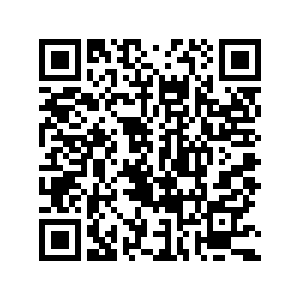 Nearly 76 days or 1,814 hours – these figures will be given a special meaning starting midnight on April 8, for China and the world, especially for the residents of Wuhan City, capital of central China's Hubei Province. Wuhan, the epicenter of the COVID-19 outbreak in China, has been under lockdown since 10 a.m. January 23. And after days of sacrifices and persistence, a dawn is finally at hand. People will be allowed to leave the city and the province from Wednesday.

The novel coronavirus was first identified in Wuhan in December 2019 as a new pathogen facing mankind. Before its traits were fully understood, the virus had cut a swath of infections among Wuhan's unsuspecting public. It then jumped from the transportation hub to other parts of China via the largest seasonal human migration ahead of Spring Festival, Chinese Lunar New Year, the biggest holiday in the country.

Graphics: What does the Spring Festival travel rush mean for coronavirus-hit Wuhan?

'Look at the streets, there are barely any cars or people:' Report from Wuhan

On January 23, the city, with a population of over 10 million, pressed a "pause" button to contain the spread of the epidemic, with all public transport and outbound channels shut down and all residents staying indoors.

Shopping blocks, pedestrian streets and other popular places where locals would stroll around were largely left to still figure sculptures.

Wuhan's war on COVID-19: How China mobilizes the whole country to contain the virus 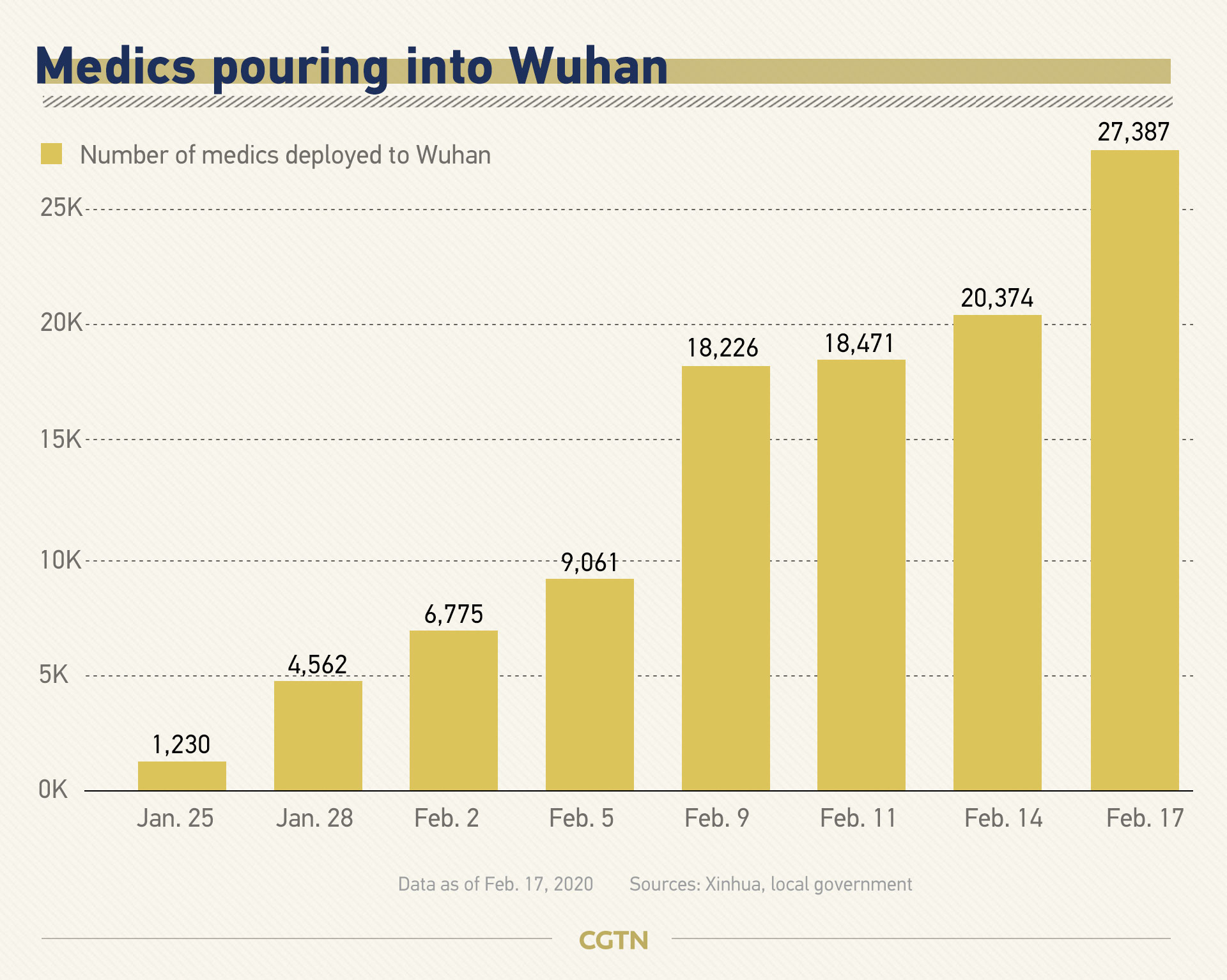 Efforts have paid off. On March 6, the daily increase of the number of cases in Wuhan was contained under 100, down from a peak of more than 13,000 on February 12.

On March 10, Chinese President Xi Jinping inspected Wuhan and said that after hard work, the situation in Hubei and Wuhan had shown positive changes with important progress, vowing to resolutely fight for a victory in the war against the disease. 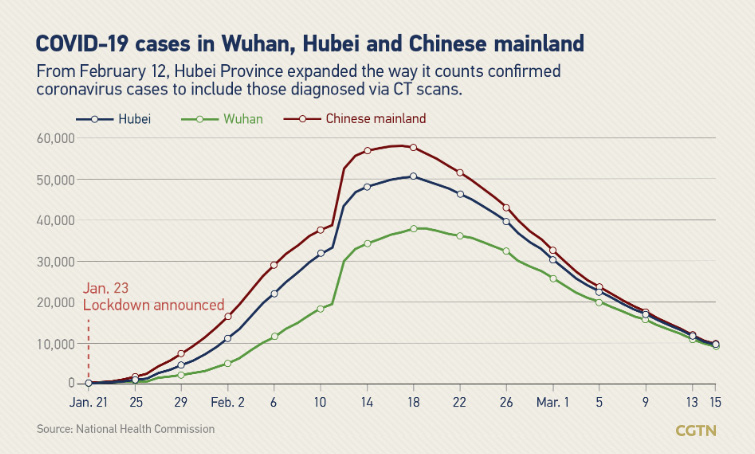 Finally, Wuhan will lift outbound travel curbs from Wednesday after a total of 50,008 confirmed cases and 46,863 patients cured and discharged from hospitals as of April 5. 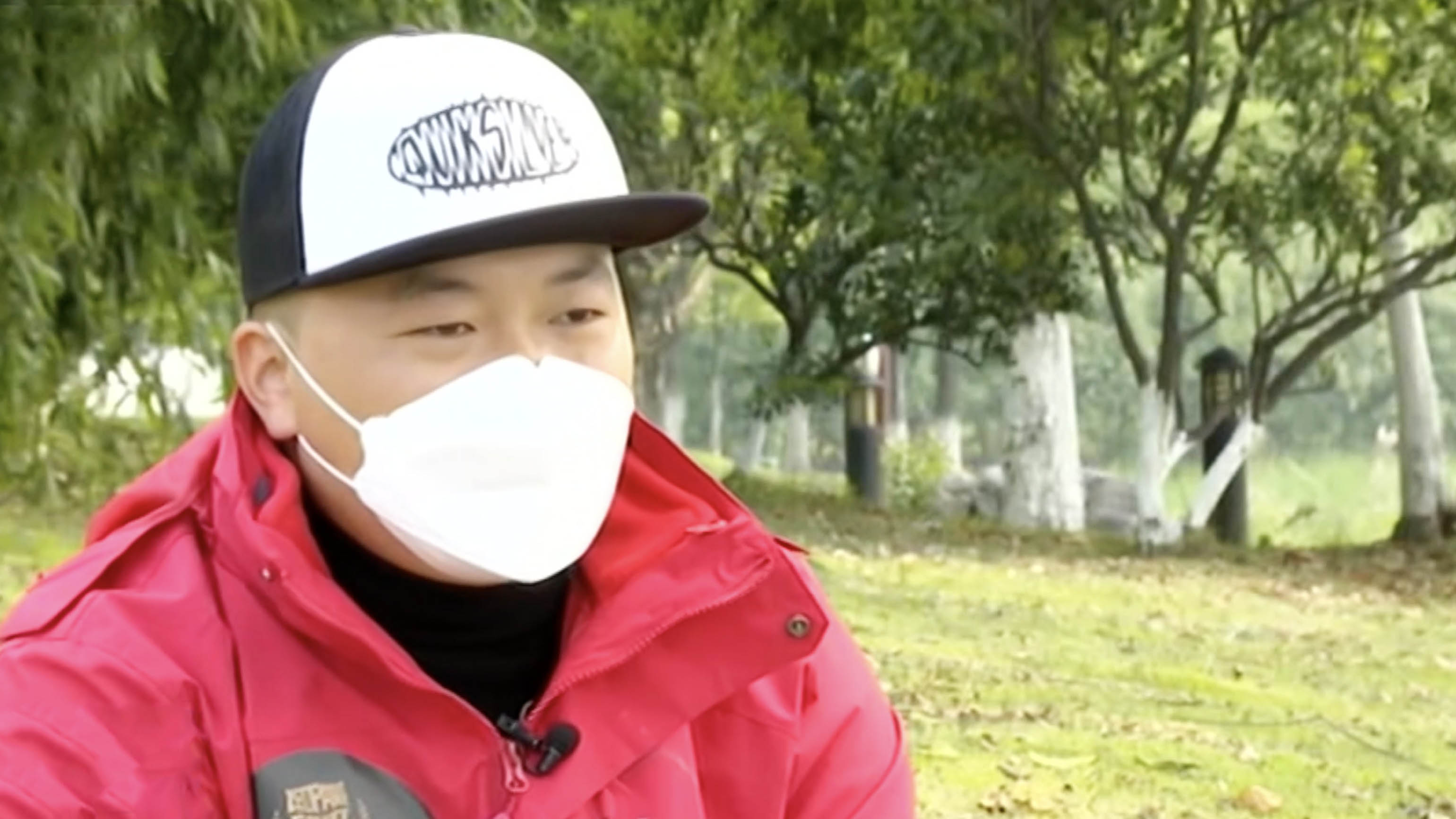 Time for reboot in new battlegrounds

To prevent a rebound of the virus, Hubei will strictly monitor the people leaving the province and adopt a differentiated personnel control policy via a mobile app. Each resident of the province will be granted a colored QR health code, allowing healthy people from medium- and low-risk areas to travel within the province.

At the same time, the recovering economic and social lives have emerged as new battlegrounds.

Enterprises that are related to the national economy, people's livelihood and the global industrial chain are also encouraged to gradually resume operations with approval.

Preferential measures have also been taken to restart the city's economic engine, such as cooperating with financial institutions to set up an initial fund of 20 billion yuan (about 2.82 billion U.S. dollars), offering subsidies and cutting fees to help epidemic-hit enterprises to get through the difficulties. 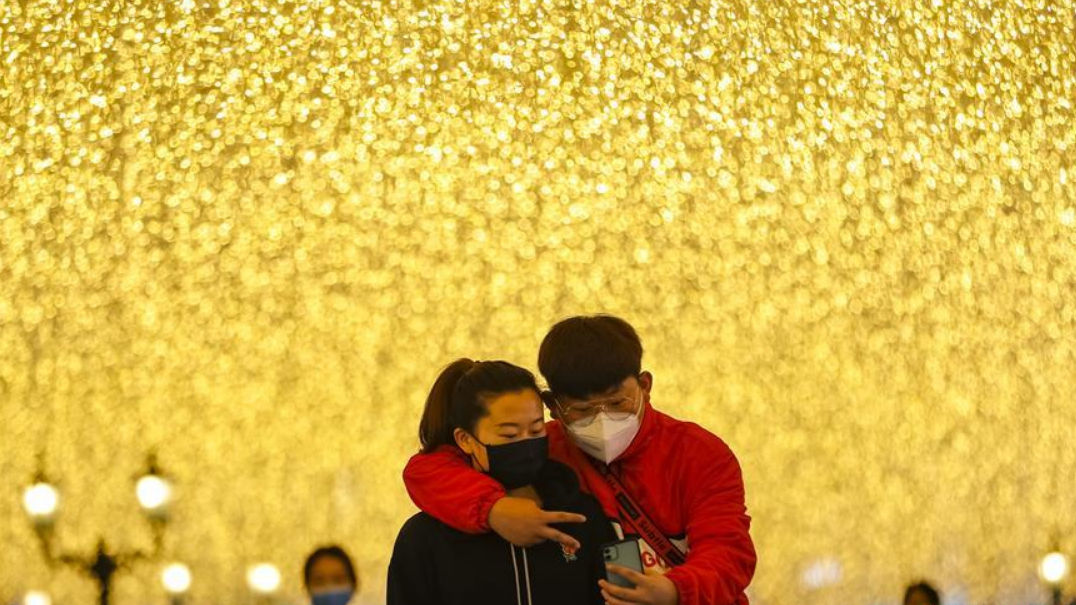 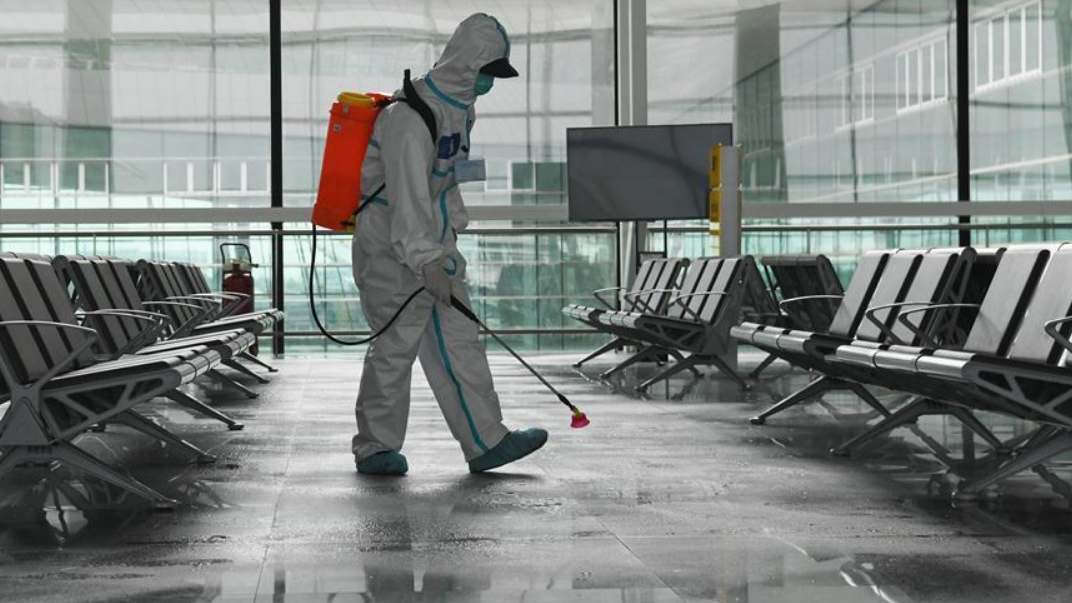 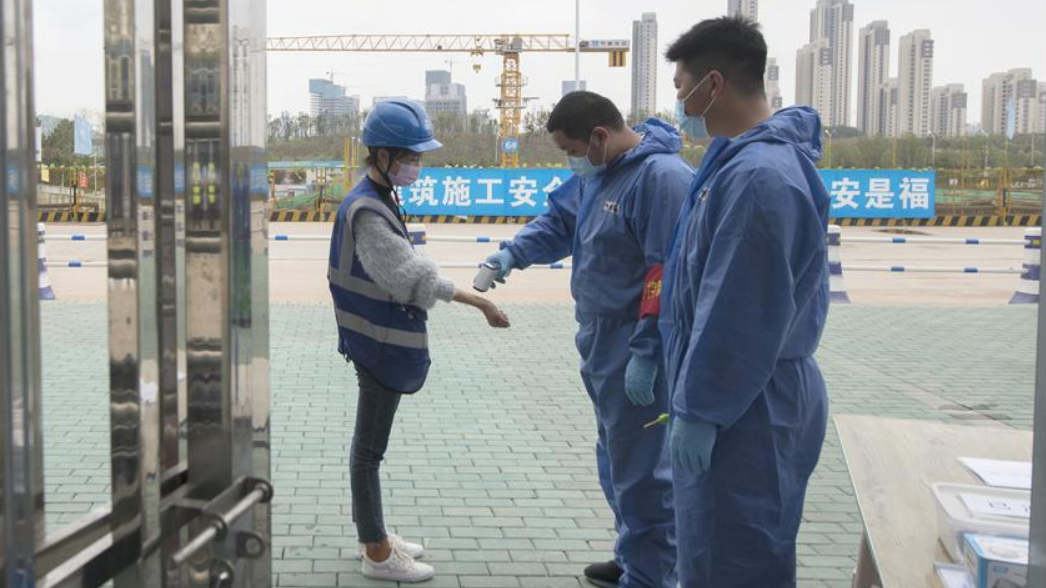 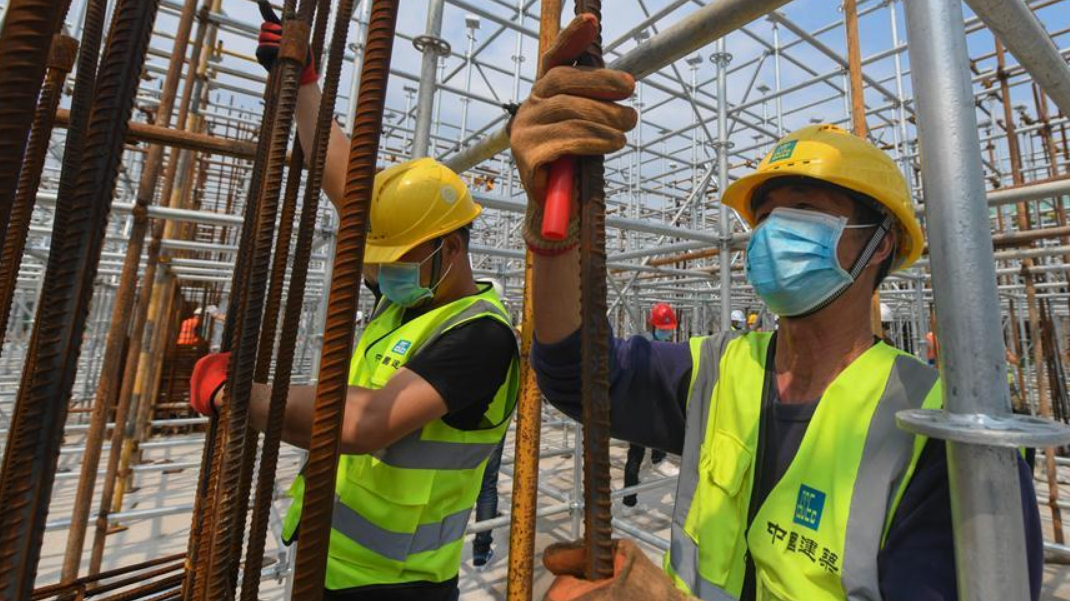 Traffic flow at highway exits is increasing by about 10 percent daily due to the growing number of people returning to Wuhan as the city speeds up resumption of businesses.

The work resumption rate of industrial enterprises above designated size in Wuhan had reached 97.2 percent by Saturday, and 93.2 percent of leading service companies had resumed business, according to the city's executive deputy mayor. 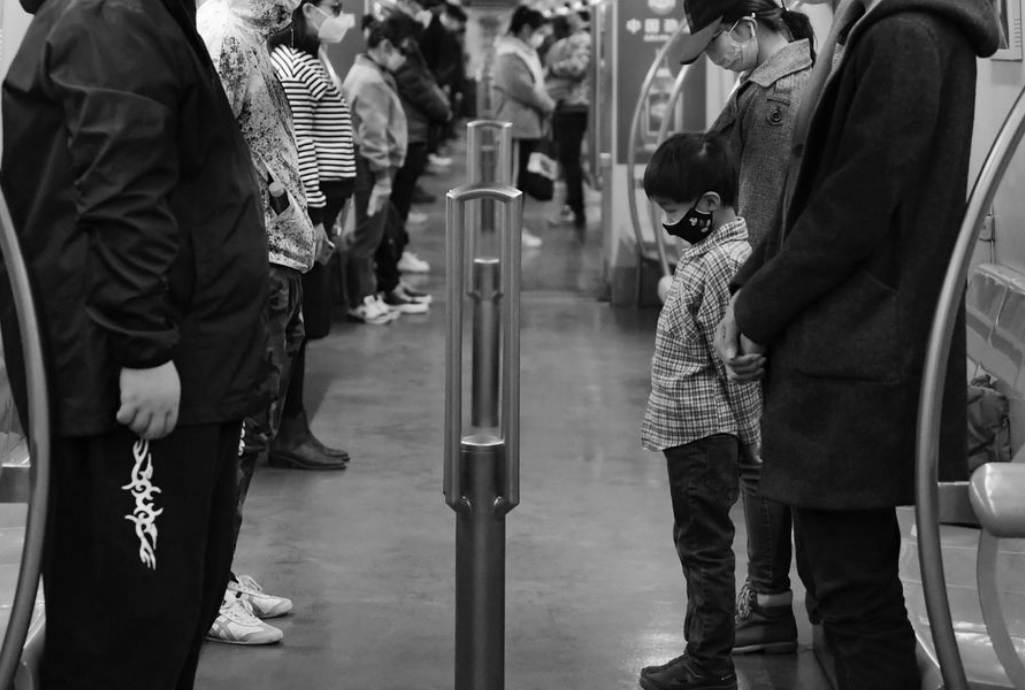 Mourning the lives lost to the coronavirus pandemic, China came to a halt for three minutes on April 4, China's Tomb Sweeping Day, an important occasion for the Chinese to visit cemeteries, sweep tombs and mourn their ancestors.

The Chinese flag flew at half-mast not only in the country but at Chinese embassies and consulates around the world.

As of April 4, 2,570 deaths had been registered in Wuhan, 3,326 deaths had been reported on the Chinese mainland, over 3,000 medical workers had been infected on the frontline in Hubei, and 14 people who died fighting the disease had been honored as martyrs – another group of figures that will be given a special meaning and a place in the annals of history.