Download
Spring Festival Gala: A feast for the eyes on the eve of the Chinese New Year
CGTN 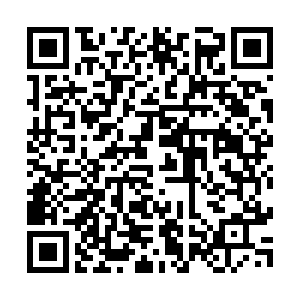 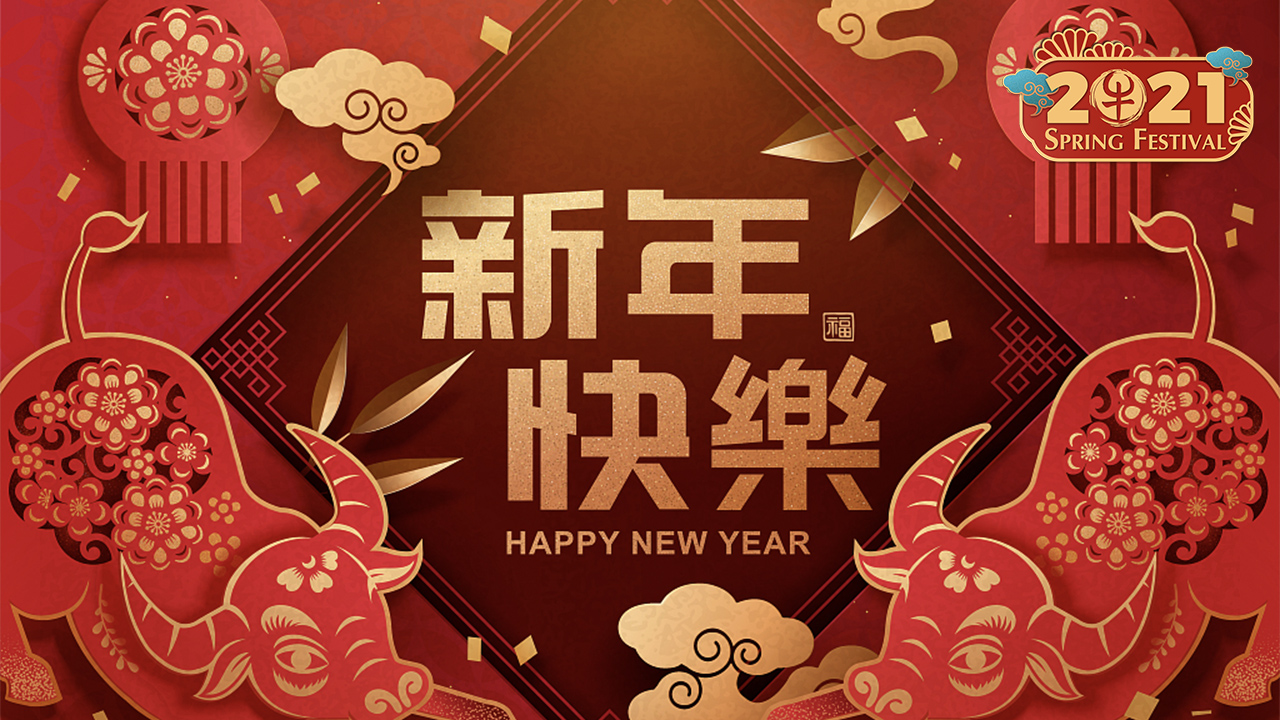 The year of 2021 is the Year of the Ox per the Chinese zodiac. In Chinese culture, the ox represents hard workers in the background, intelligent and reliable. CGTN Digital will broadcast the full Spring Festival Gala this year for the first time. Join us and learn about new year resolutions and aspirations the Chinese people have for the new year.

The Spring Festival Gala, or "Chunwan" in Chinese, airs on the eve of the Chinese Lunar New Year when millions of Chinese families get together. This year's gala will fall on February 11 and will go ahead despite the ongoing pandemic.

First held in 1983 by China Central Television (CCTV), the annual show is the most-watched television show in the world. As an integral part of the Chinese New Year celebrations, the hours-long extravaganza often features songs, performances and comedy sketches.

CGTN Digital has made a round-up to present all you need to know about this grandiose show.

China Media Group (CMG) released on Wednesday the performance list of the much-anticipated 2021 Spring Festival Gala. Here is the list:

On Wednesday, just one day before the show, CGTN Digital went backstage to uncover the secrets of 2021 gala. 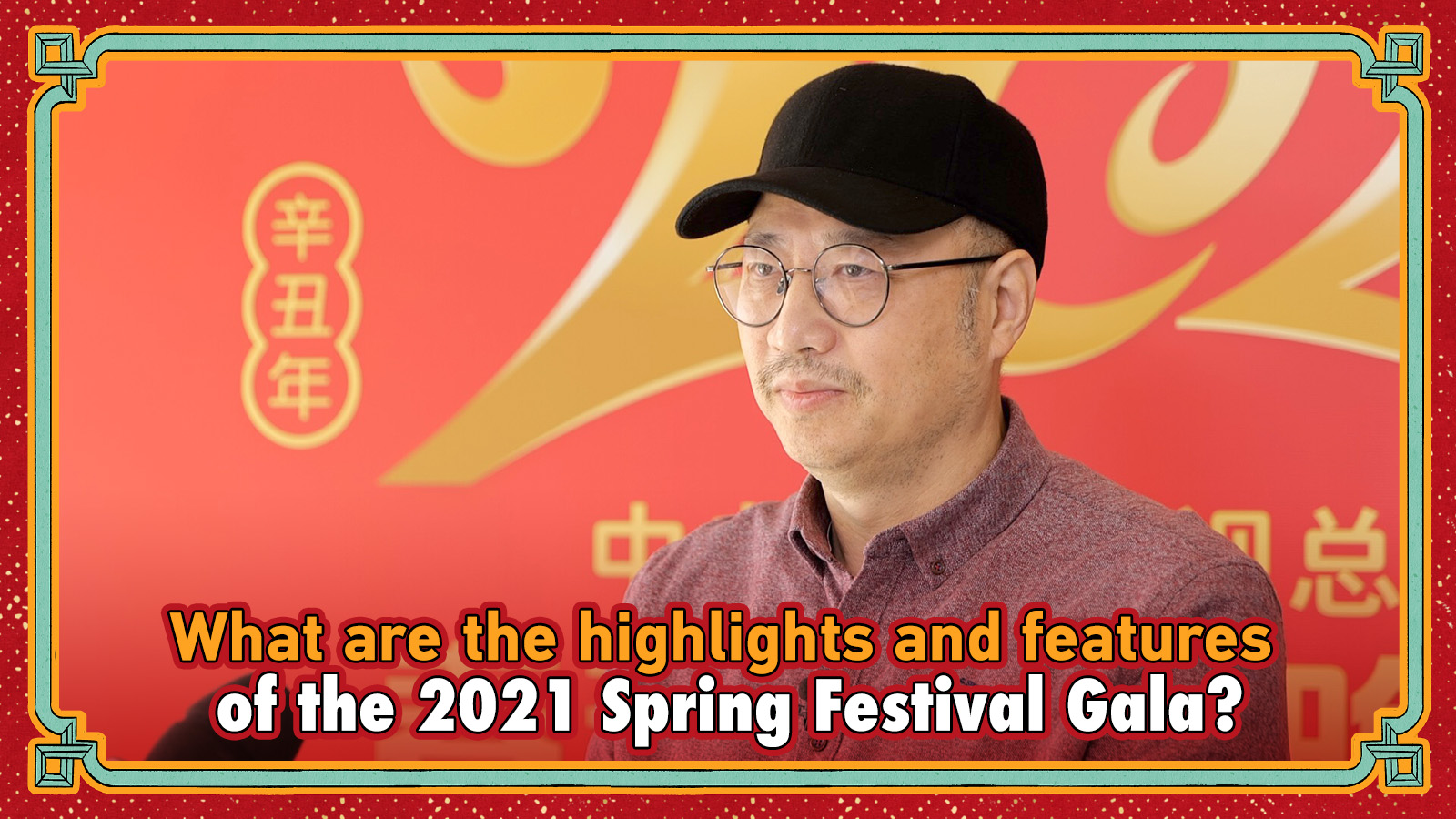 Chen Linchun, general director of the 2021 Spring Festival Gala, talked about this year's highlights and features of the visual feast. He said the gala has adapted to COVID-19 pandemic and will use the latest technology in many ways. 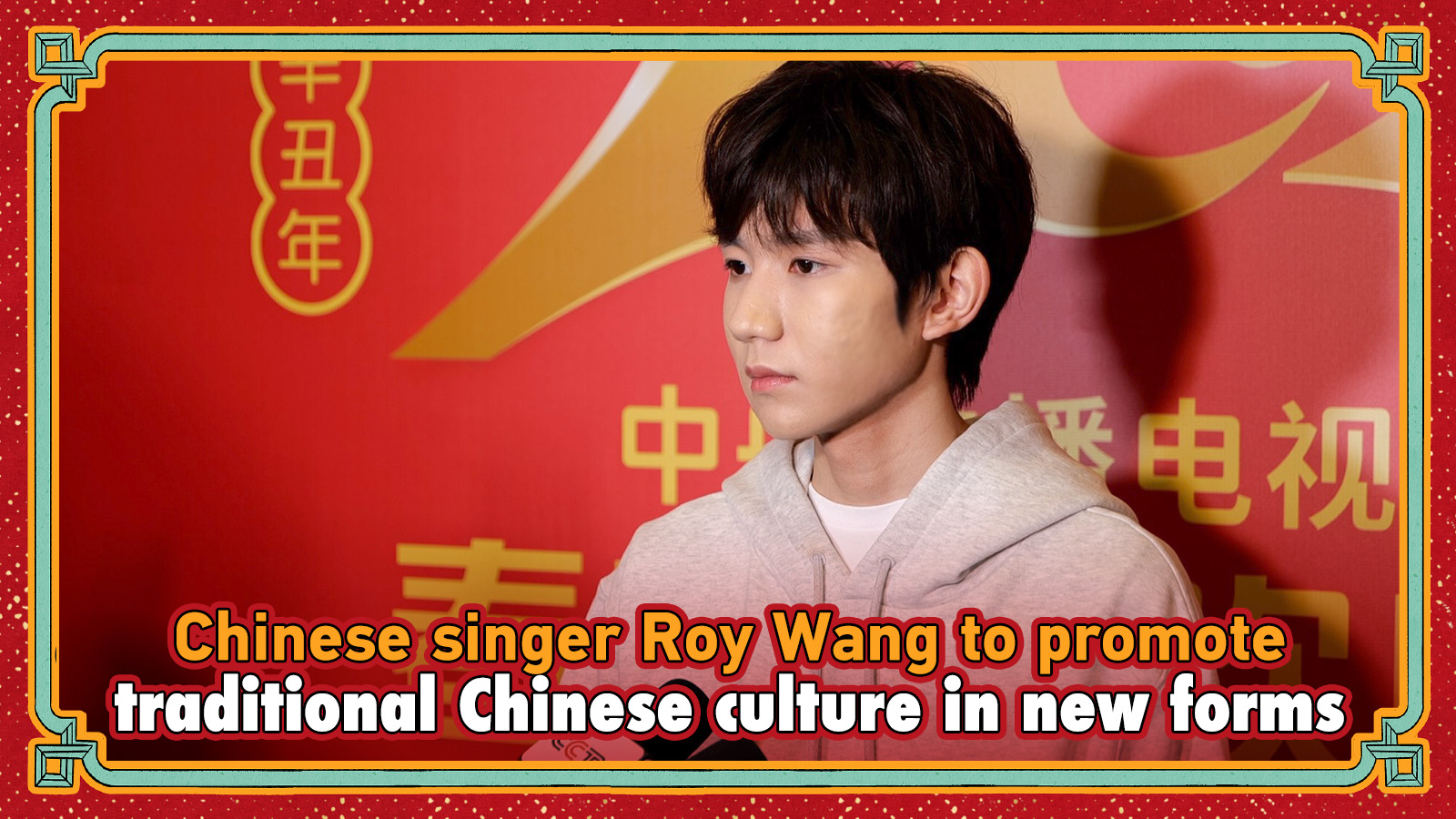 One of the gala performers this year is singer Roy Wang, or Wang Yuan, who is a member of popular group TFBoys. He said he will sing a song for children with a fusion of electronic and dance music, adding that the music promotes traditional Chinese culture in some new forms. 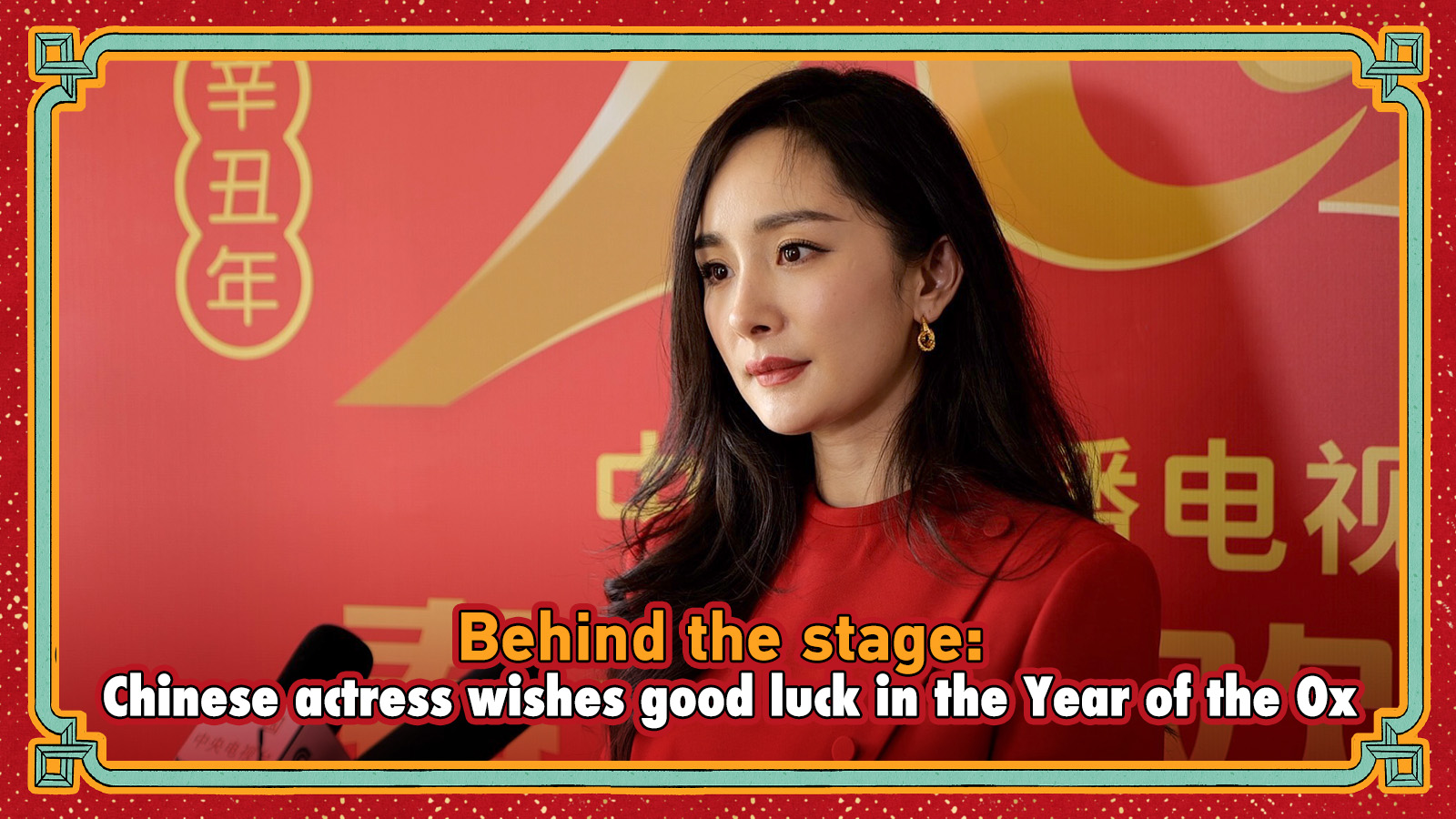 Chinese actress Yang Mi is a first-time gala performer. She said the stage is a very special occasion to express gratitude to the frontline workers amid the pandemic and she wished everyone good luck in the coming year.

Review the past galas

The gala has not only been an entertainment trendsetter, but also a witness to China's economic growth over the past few decades. Here are the highlights of the Spring Festival Gala during the past 38 years. 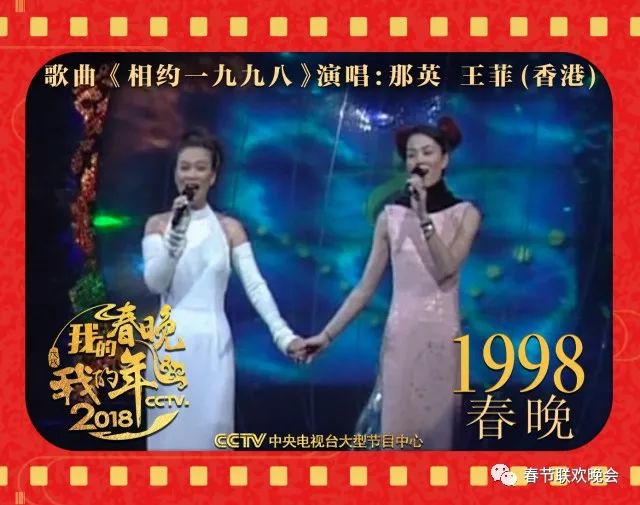 Spring Festival Gala A to Z: Unforgettable moments during the '00s

Spring Festival Gala A to Z: Unforgettable moments during the '10s

What to expect this year

Like many other events during a pandemic, this year's show will also feature a number of virtual performances. The gala will highlight Chinese elements, ethnic characteristics, regional culture and different civilizations of the world, according to the press conference. A variety of dance styles, including Chinese classical dance, ethnic minority folk dances and contemporary dance, will also be presented, offering the audience a feast for the eyes. 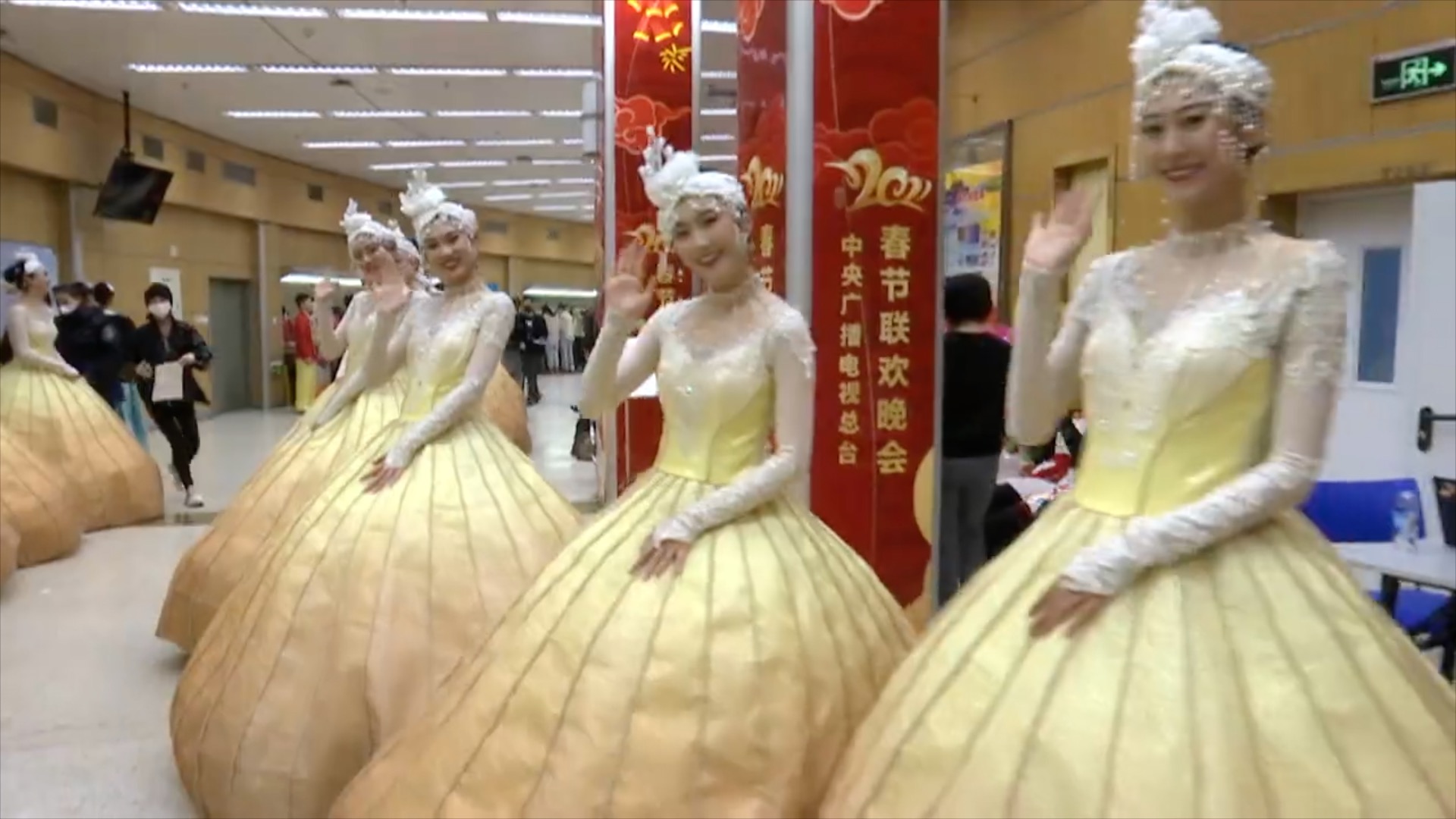 This year, the host time of the Spring Festival Gala based in China and the Super Bowl based in the U.S. are very close. Enjoying huge popularity among the peoples of two countries respectively, the two events share many similarities as well as differences. Joined by reporters from Beijing and Los Angeles, CGTN presents a vox pop to show what two peoples think about the two cultural symbols of the two countries. 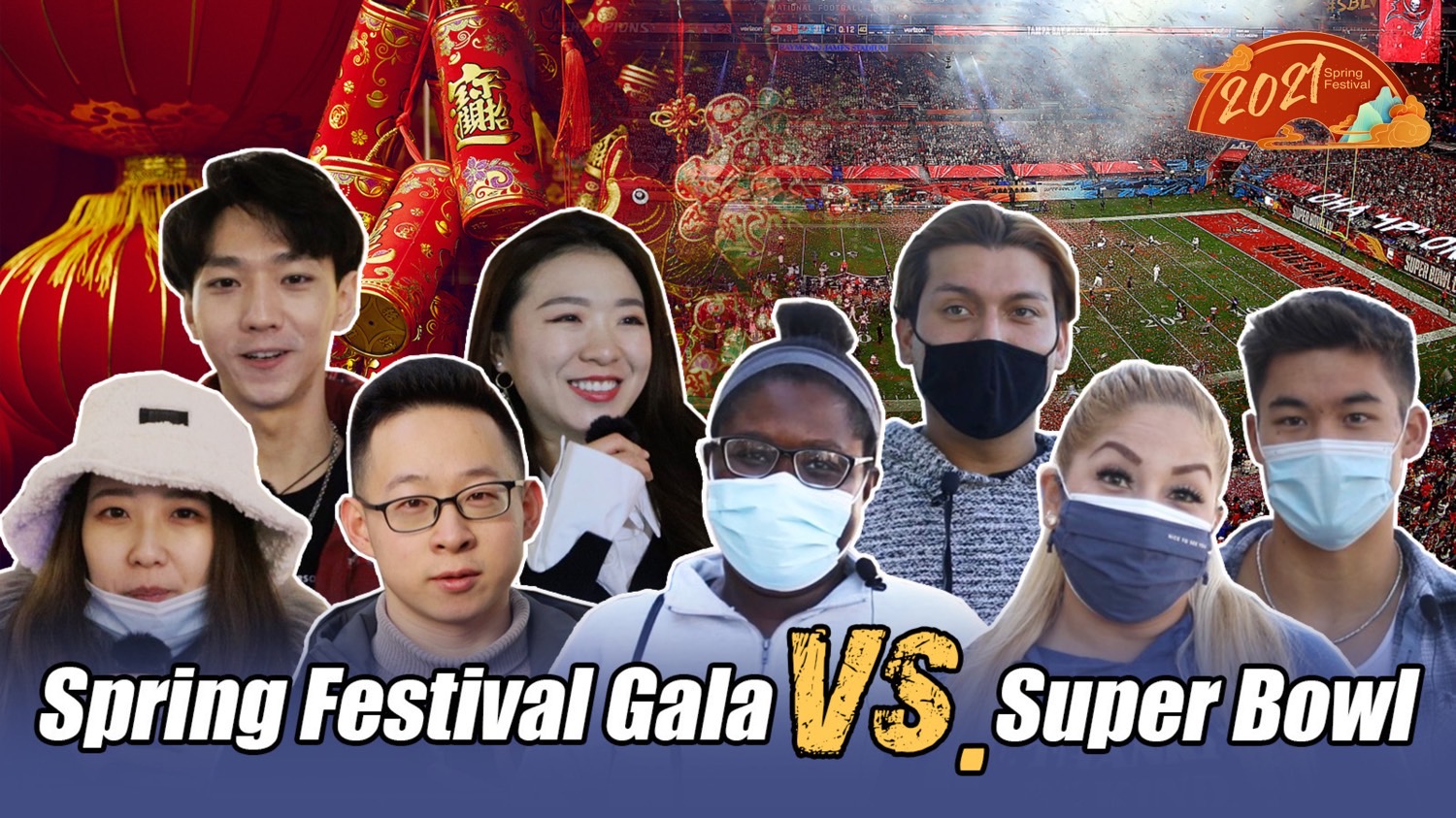 How does the Spring Festival Gala, a cultural symbol of China, play in the eyes of someone whose never watched it before? In this reaction video, CGTN selected six classic moments of galas from the past 38 years and invited an American in Beijing to watch the clips, varying from popular songs, beautiful dances, to martial arts.

In Chinese mythology, the Spring Festival comes from a story of people beating a monster named Xi. The year 2020 saw the world hit by an unexpected pandemic. Holidays and gathering were cancelled as a monster virus swept through the streets, causing fear and panic. CGTN introduces a mobile game "Fighting Monster Virus," through which you can not only learn about Chinese culture and the Spring Festival, but also realize the importance of unity of mankind when fighting the coronavirus. 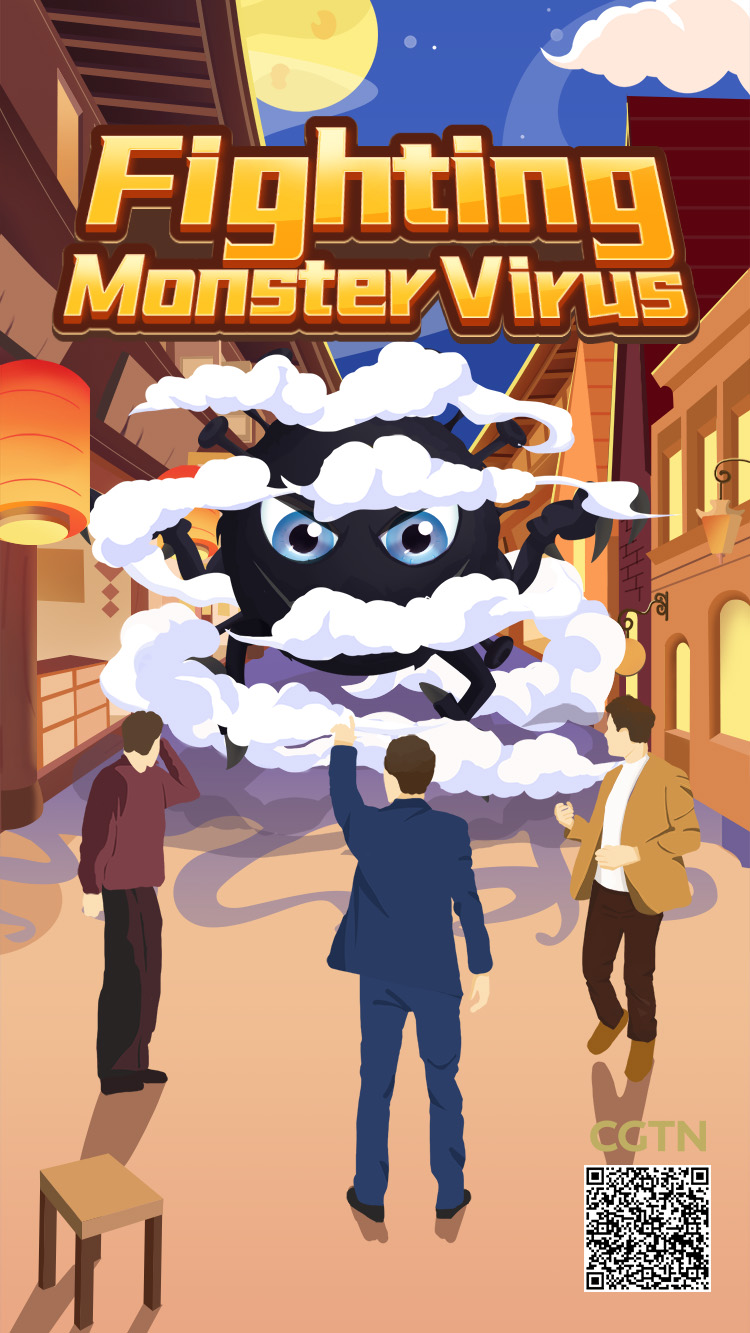 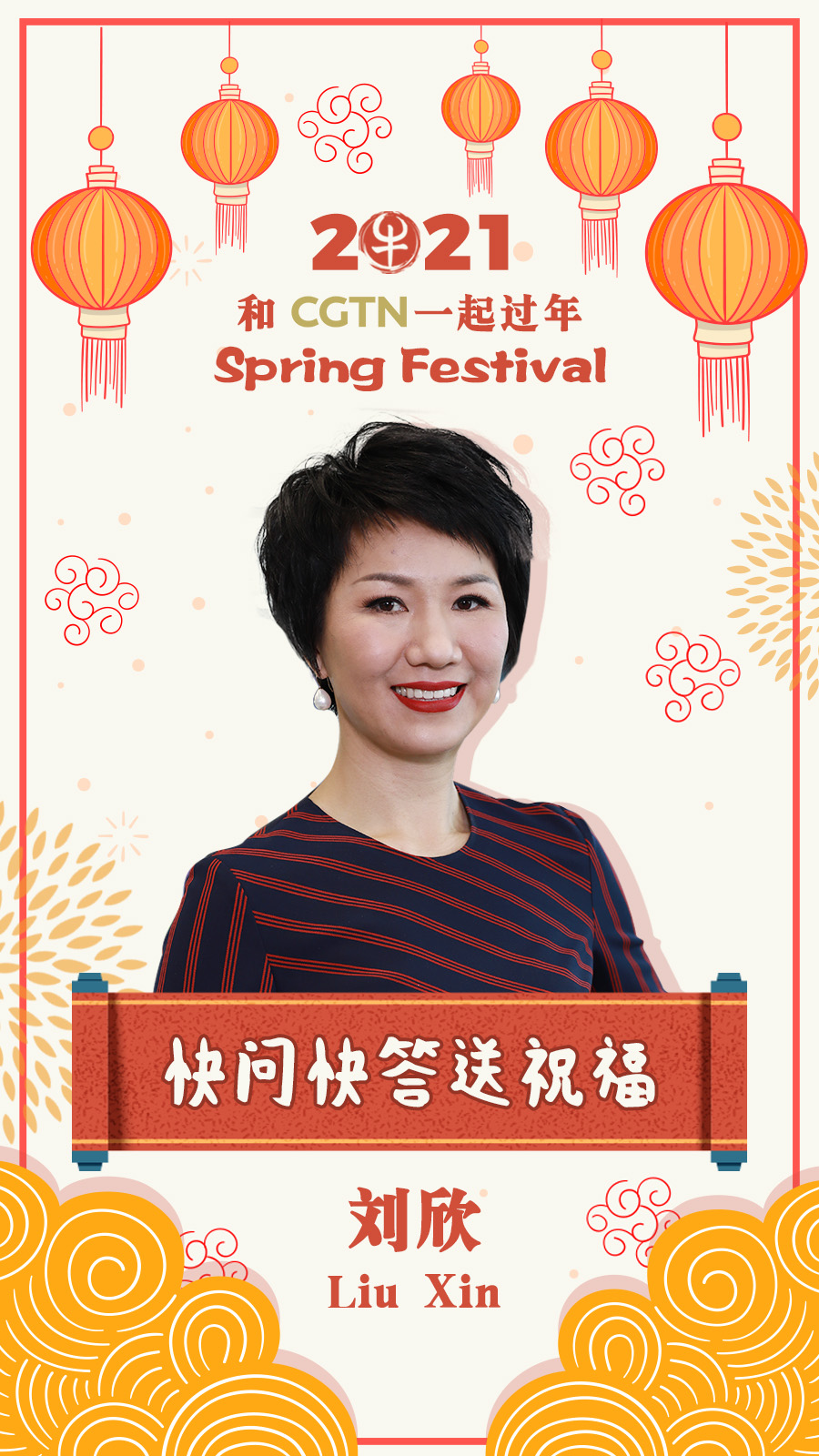 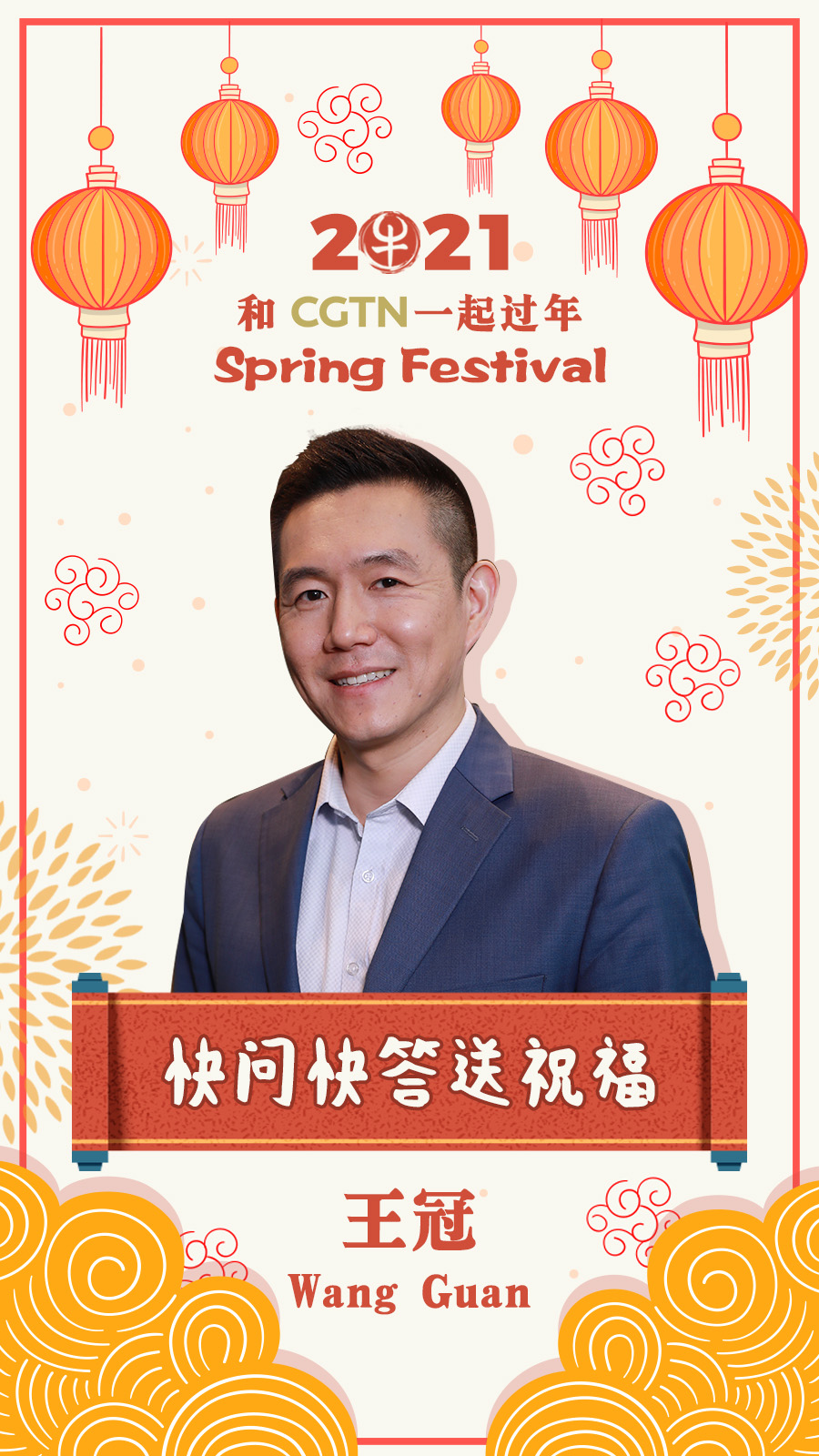 The celebration for the festival this year looks a lot different. All those must-dos like reunions, family dinners and travel must now be weighted against social distancing due to the COVID-19 epidemic. But a virtual celebration is still a good way for us all to pass on our best wishes to families and friends. 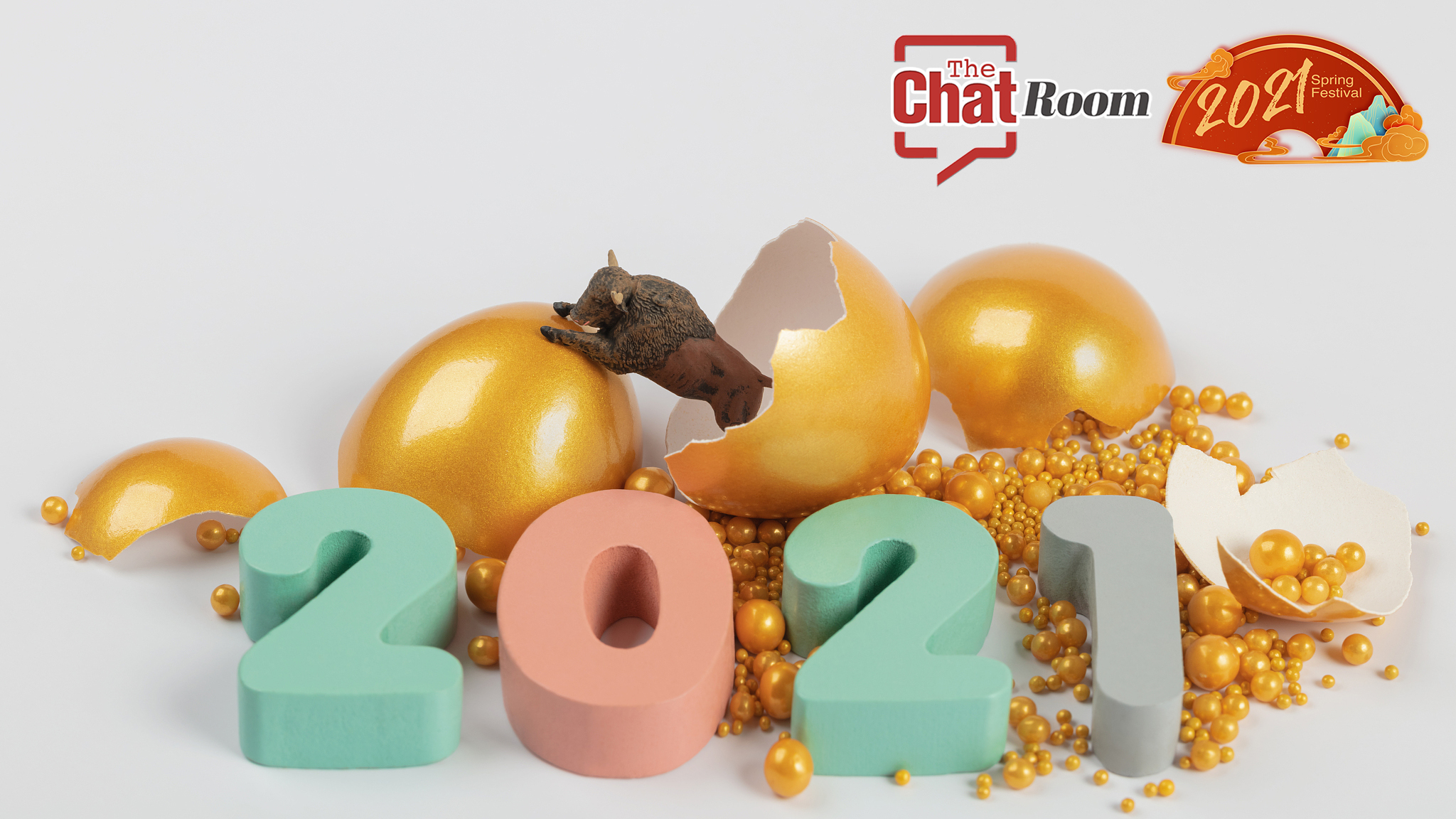 In this episode of the "The Chat Room," we invite foreign guests living in China and Chinese who left the country for years to share their 2021 Chinese New Year plans. What are their favorite parts of the Spring Festival? What Spring Festival traditions do they have with their families? How will the pandemic affect their celebration activities? Join CGTN for an online celebration to welcome the Year of the Ox and bid farewell to the unusual 2020.

Stay tuned to CGTN for more details about the Spring Festival Gala to welcome the Year of the Ox.