Download
Expert: The wandering elephants has shown a trend of returning south
CGTN 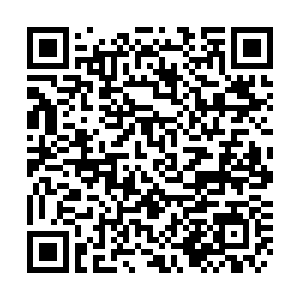 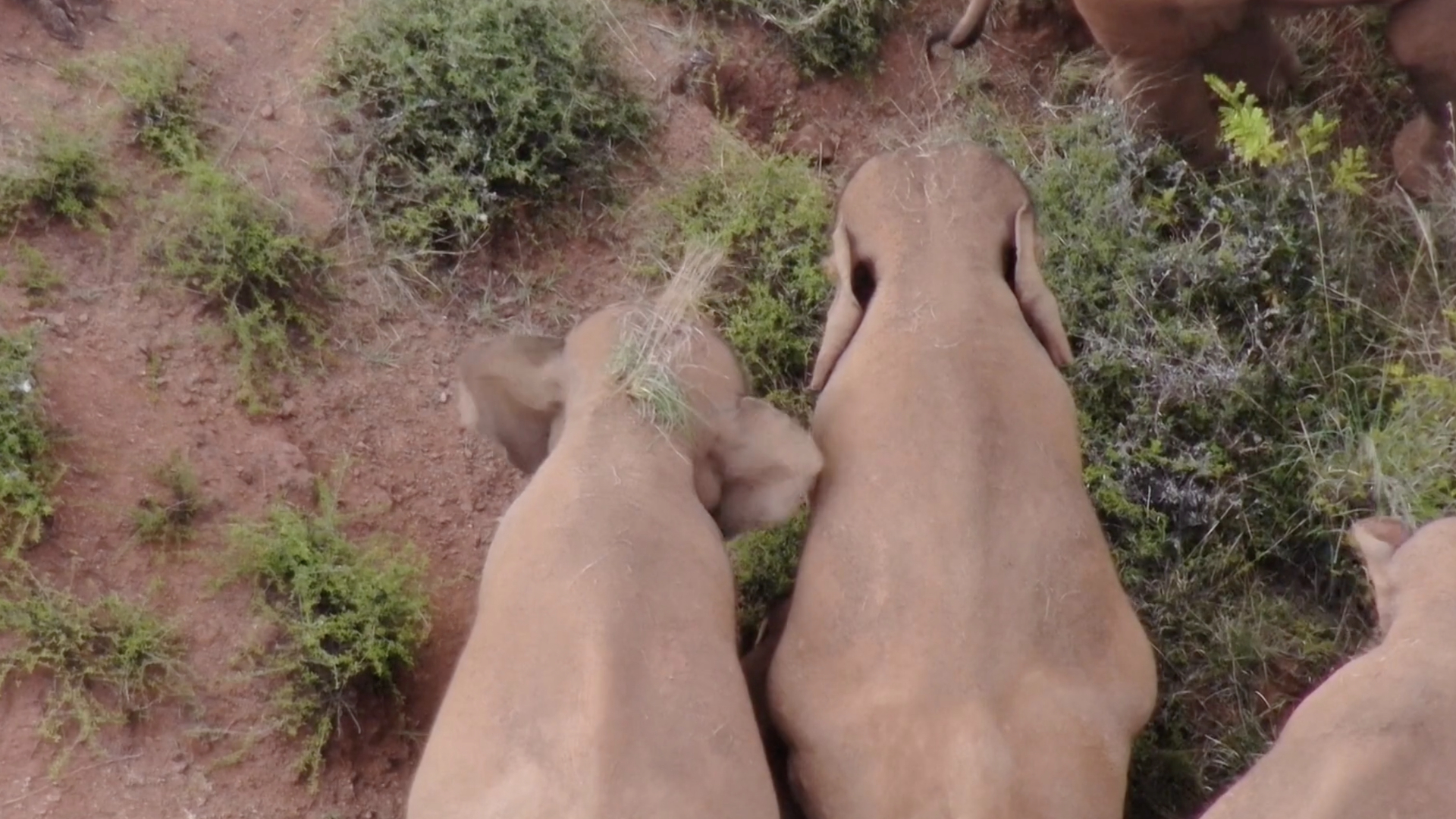 China's famous herd of wandering elephants has shown a trend of returning south after their northward trek of some 500 km in southwest China's Yunnan Province, according to Shen Qingzhong, an expert with the group in charge of monitoring the elephants' migration in Yunnan.

The herd entered Dalongtan Township of Eshan County in the city of Yuxi at 9:48 p.m. Thursday. They traveled 13.5 km northwest.

Shen said, despite a preliminary study suggesting a returning trend, the herd's specific routes are still to be determined after further research. 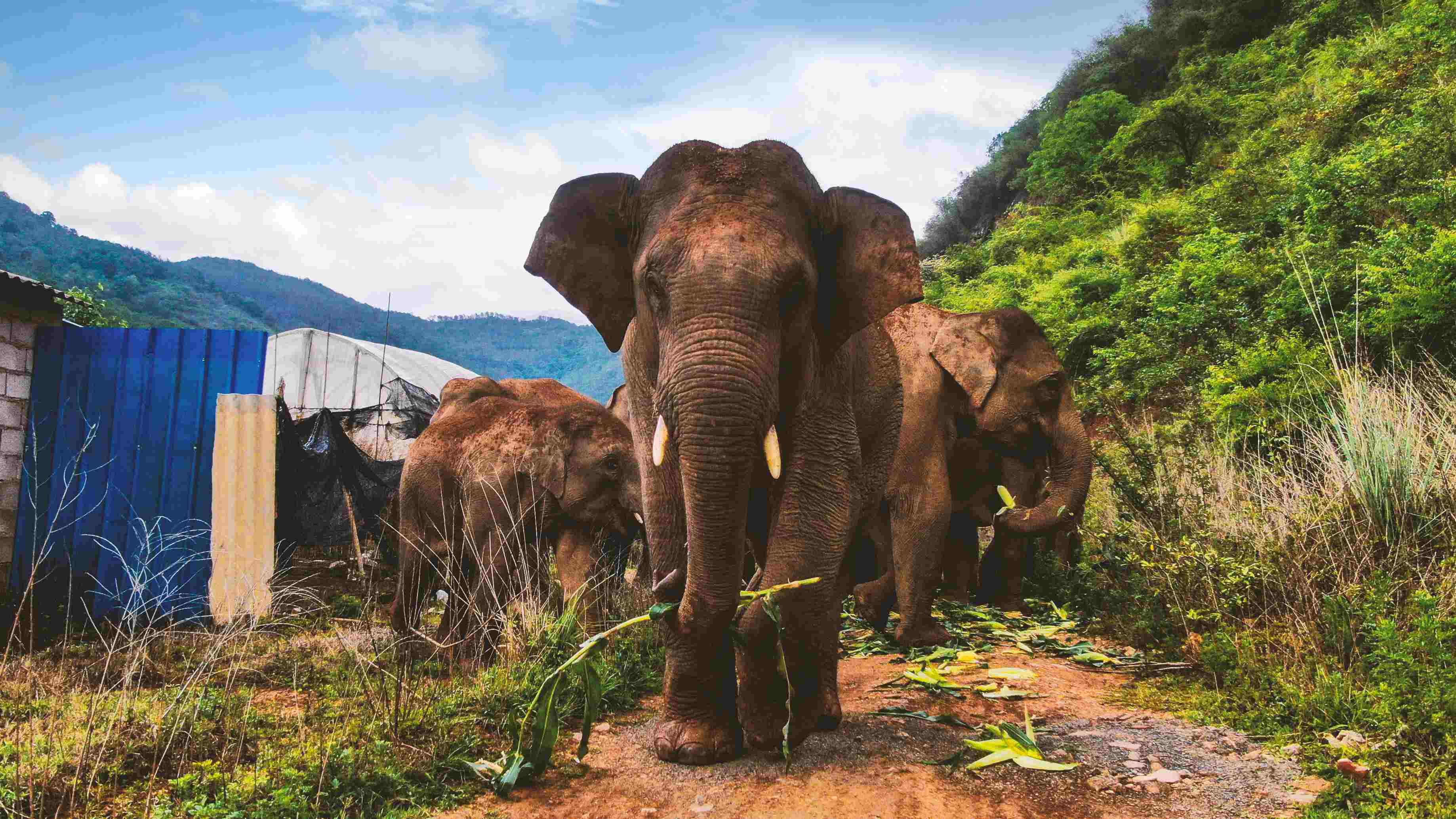 Photo of the male elephant when it was in the herd in Yunan Province, southwest China. Yang Jinghao/ CGTN

Photo of the male elephant when it was in the herd in Yunan Province, southwest China. Yang Jinghao/ CGTN

The elephants traveled about 500 km from their forest home in the Xishuangbanna Dai Autonomous Prefecture before reaching Kunming, the provincial capital, late on June 2.

For over a month, authorities have sent police to escort the herd, evacuated roads to facilitate their passage, and used food to distract them from entering densely populated areas.. 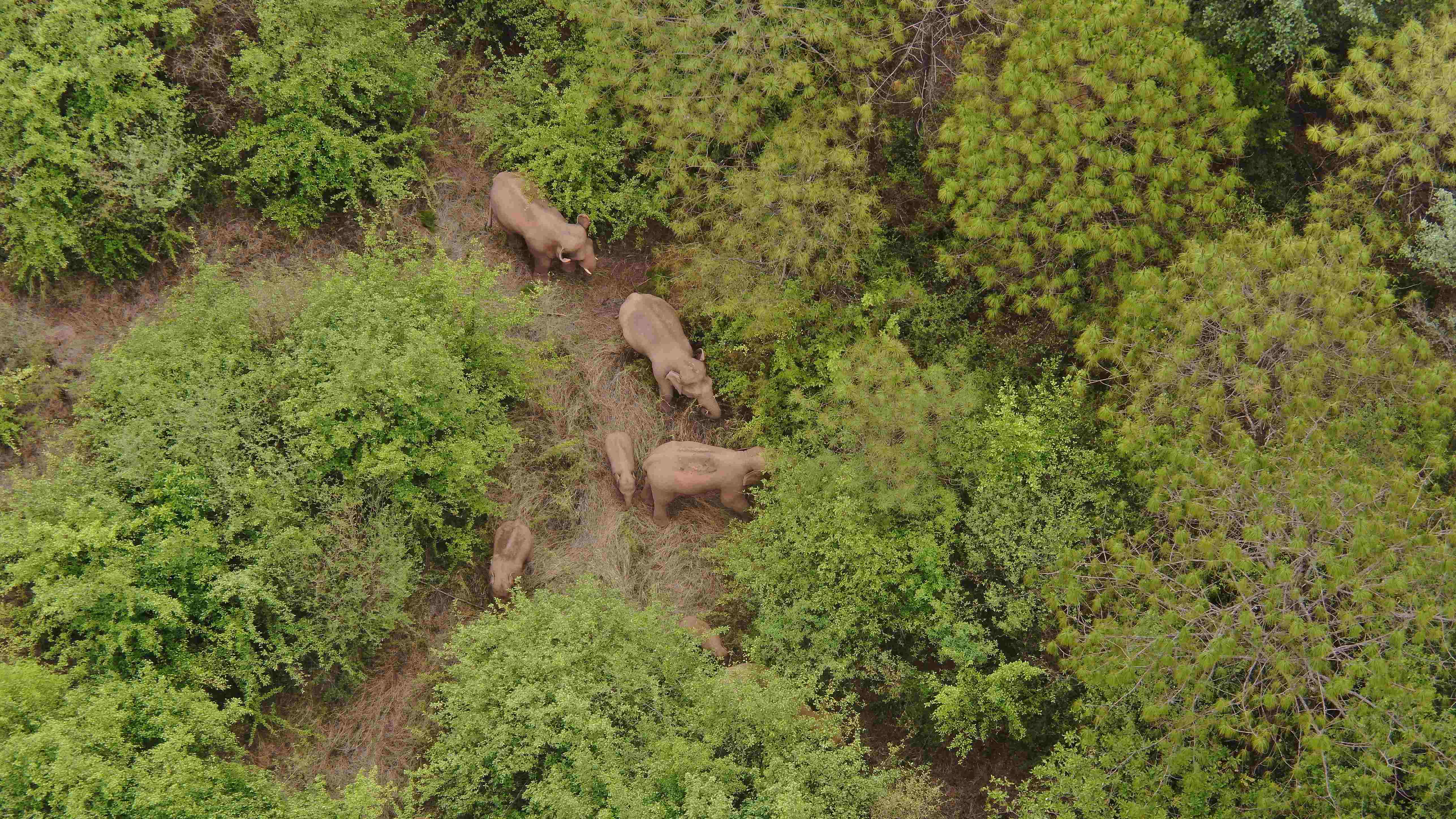 December 15, 2020 - One adult elephant dropped out, and two were born in the journey, according to Xinhua. The herd later arrived in Mojiang County on Pu'er City.

April 16, 2021 - The 17 elephants migrated from Mojiang County to Yuanjiang County in Yuxi City.

April 24, 2021 - Two of the elephants returned to Mojiang County after gaining access to alcohol at a villager's home and getting inebriated, while the remaining 15 elephants continued their journey.

May 27, 2021 - The elephants came upon the town of Eshan in Yuxi City and walked the streets for six hours after authorities evacuated pedestrians and vehicles and warned residents to stay indoors.

May 31, 2021 - The herd arrived at the junction of Luohe Township and Dayingjie Street in Hongta District in Yuxi City. The staff used food to guide the elephants away from the city.

June 1, 2021 - The elephants entered Xinzhai Village in Yuxi City, which is only about 2 or 3 kilometers away from Jinning District.

June 6, 2021 - By 4:50 p.m., the elephants moved 5.5 kilometers west of their previous location in thunderstorm, and an adult male elephant left the group and moved away for 1.5 kilometers.

June 8, 2021 - By 6:30 p.m. the male elephant stayed in the forests of Anning, a county-level city under the jurisdiction of Kunming.

- By 11:15 p.m. the herd of 14 elephants left Kunming City and entered Yimen County in Yuxi City.

June 9, 2021 - The herd wandered in a small town of Yimen County in Yuxi City while the stray male elephant stayed in the forests some 12 kilometers away from the group.

June 16, 2021 - The elephants continued to linger in the Shijie Township in the city of Yuxi.

June 17, 2021 - The herd entered Dalongtan Township of Eshan County in the city of Yuxi at 9:48 p.m. According to the herd monitoring group, elephants traveled 13.5 km northwest. 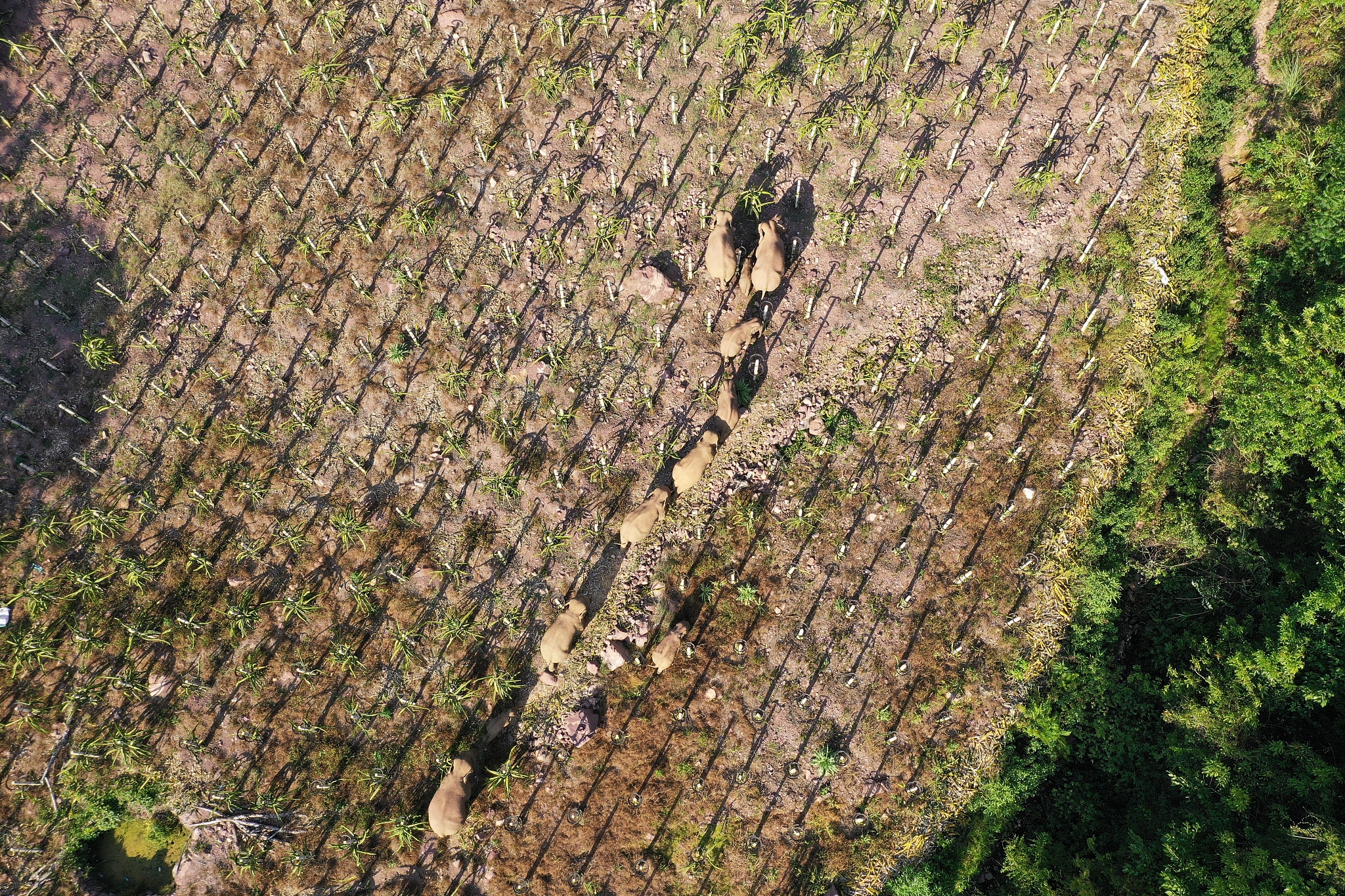 What prompted these endangered animals leave their habitat and march north is still a mystery. According to the Yunnan Forestry and Grassland Bureau, with more environmental protection measures taken, the forest canopy density and coverage rate have increased significantly in Xishuangbanna National Nature Reserve. Inedible woody plants have gradually taken the place of undergrowth vegetation, such as plantains, one of their favorite foods. Some researchers suspect that the reduction of plants to feed on is one reason that forced the herd to move out of their protected areas.

The unusual movement of these wild elephants has gained international attention. On June 2, TV Asahi reported the ongoing voyage, analyzing the possible reasons behind the migration. 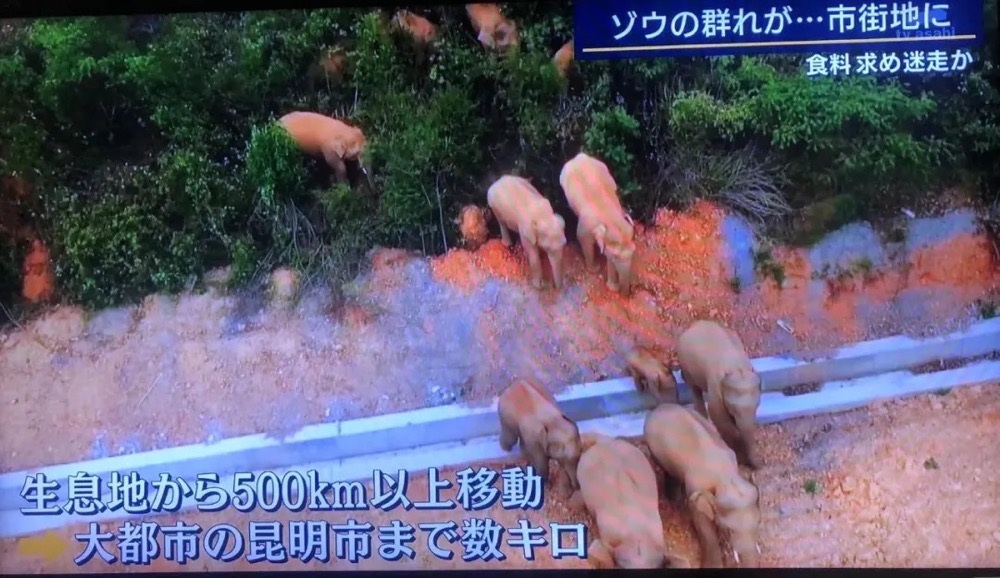 A screenshot of TV Asahi's report on June 2, 2021, saying the elephants have moved over 500 kilometers from the original habitat and were only several kilometers away from Kunming City. /TV Asahi

A screenshot of TV Asahi's report on June 2, 2021, saying the elephants have moved over 500 kilometers from the original habitat and were only several kilometers away from Kunming City. /TV Asahi

A special interview with an Asian elephant in the migrating herd

(All images via VCG. Video and updated information provided by Forest Fire Brigade of Yunnan Province.)