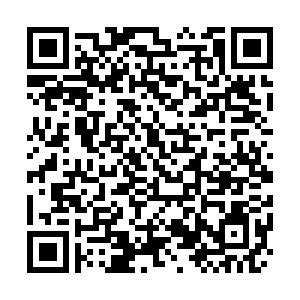 China's Shenzhou-12 spaceship, with three astronauts aboard, docked with Tianhe, the core module of the country's space station, at 15:54 BJT on Thursday, according to the China Manned Space Engineering Office.

It took the Shenzhou-12 six and a half hours to perform the automatic docking process, which is the first time for the Chinese space station to dock with a crewed spacecraft.

Now the Chinese space station has become a three-part combination, including the Tianhe core module, the Tianzhou-2 cargo ship and the latest-launched Shenzhou-12 crewed ship.

The crew of three have exited Shenzhou-12 and entered the core module to begin their 3-month life in the space station.

Unlike earlier space dockings performed by Chinese spacecraft, Shenzhou-12 docks with the space station from the front instead of the back.

"In previous times, the Shenzhou ships chased their targets and docked directly from the back," Jia Shijin, chief engineer of Shenzhou ships, told CMG. "But this time, the Shenzhou-12 has to first go to the front, take a U-turn and then dock on the front of the space station."

This action is hard not only because of the complexity but also for the speed. The Shenzhou-12 and the space station now must fly toward each other, thus increase the relative speed.

More crucially, the weight difference between the two spacecraft is drastic. The space station weighs around 35 tonnes while the Shenzhou-12 is only 8.

"The collision will be harder than previous times because of the speed and weight difference," said Gu Cefeng, deputy chief commander of the crewed spacecraft system. "To reduce the collision force, we increased damping on the docking port."

The Chinese space program has deployed modern technology to reduce the docking time from days to hours.

"Our 'fast docking' technology is mostly automatic with little human intervention," said Shao Limin, deputy technology manager of the Shenzhou-12 mission. "The spacecraft can find the target by itself and calculate the docking route."

Shao told CMG that fast docking is now a standard across all space station parts. Additionally, the traditional tech has been kept as a backup method.

Review the launch of Shenzhou-12