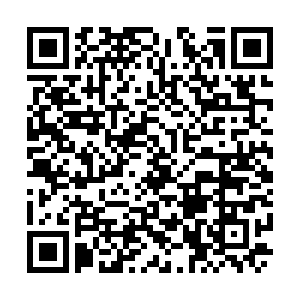 As the world enters the second half of 2021, nearly a quarter of the global population have received at least one COVID-19 vaccine shot, data from Our World in Data (OWID) showed.

Over three billion doses have been administered in total, as of Thursday – and about 40 percent of those were delivered in China. On June 19, China became the first country to pass the one-billion-dose mark in its inoculation drive – a volume and speed unrivaled elsewhere. 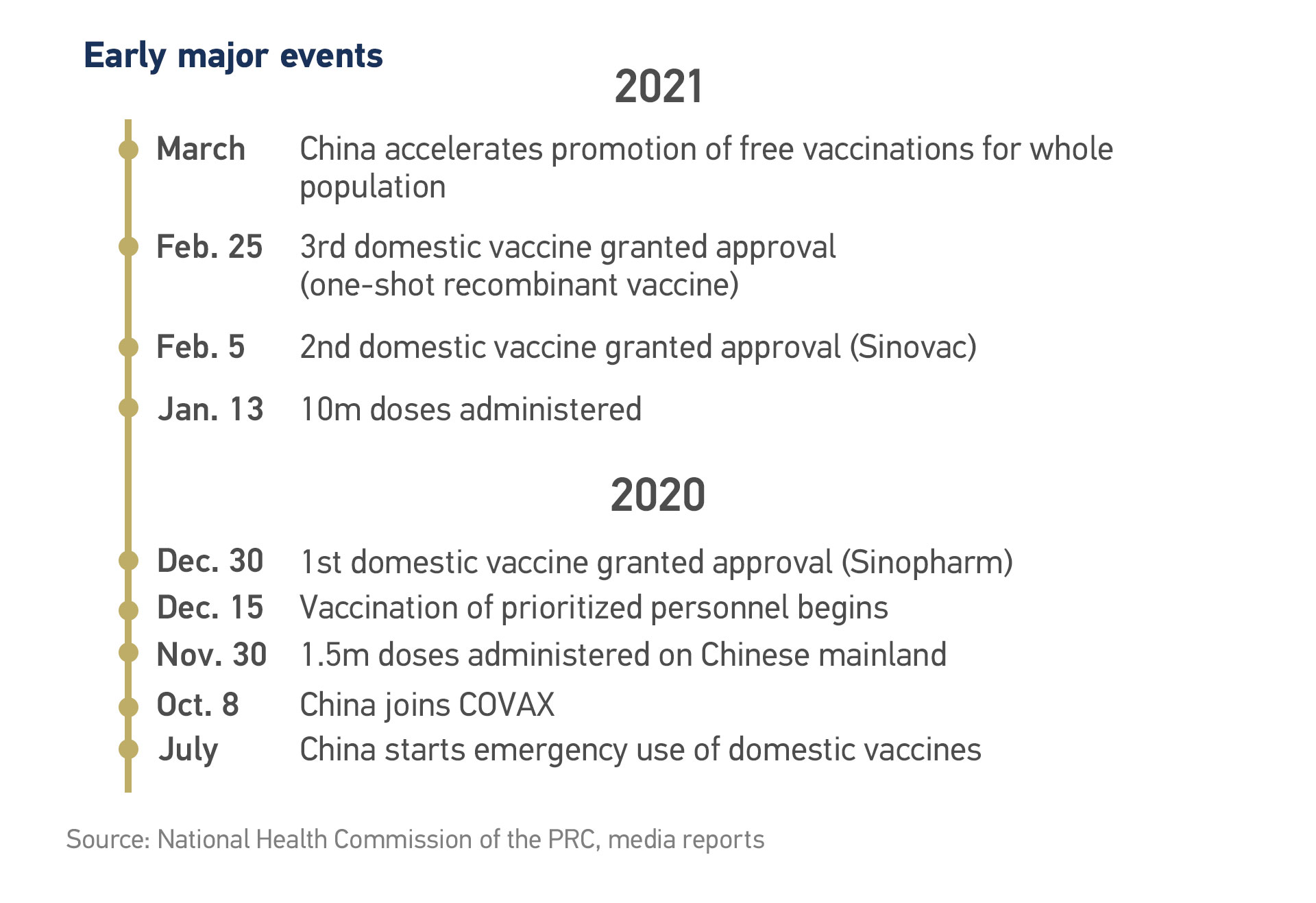 Compared with other countries such as the United States, China's public vaccination drive had a relatively slow start. It reached its first 100 million shots on March 27, two weeks behind the United States.

The rollout expanded from people in high-risk jobs to the general population in a phased manner. Since late March, China significantly accelerated promotion of free vaccinations for its whole population.

It now takes five or six days to vaccinate 100 million people, compared with about 25 days in the early stages.

As of Thursday, China had administered over 1.24 billion doses, nearly four times the number delivered in the United States.

But considering the huge population base, China's vaccine coverage rate is not that impressive. 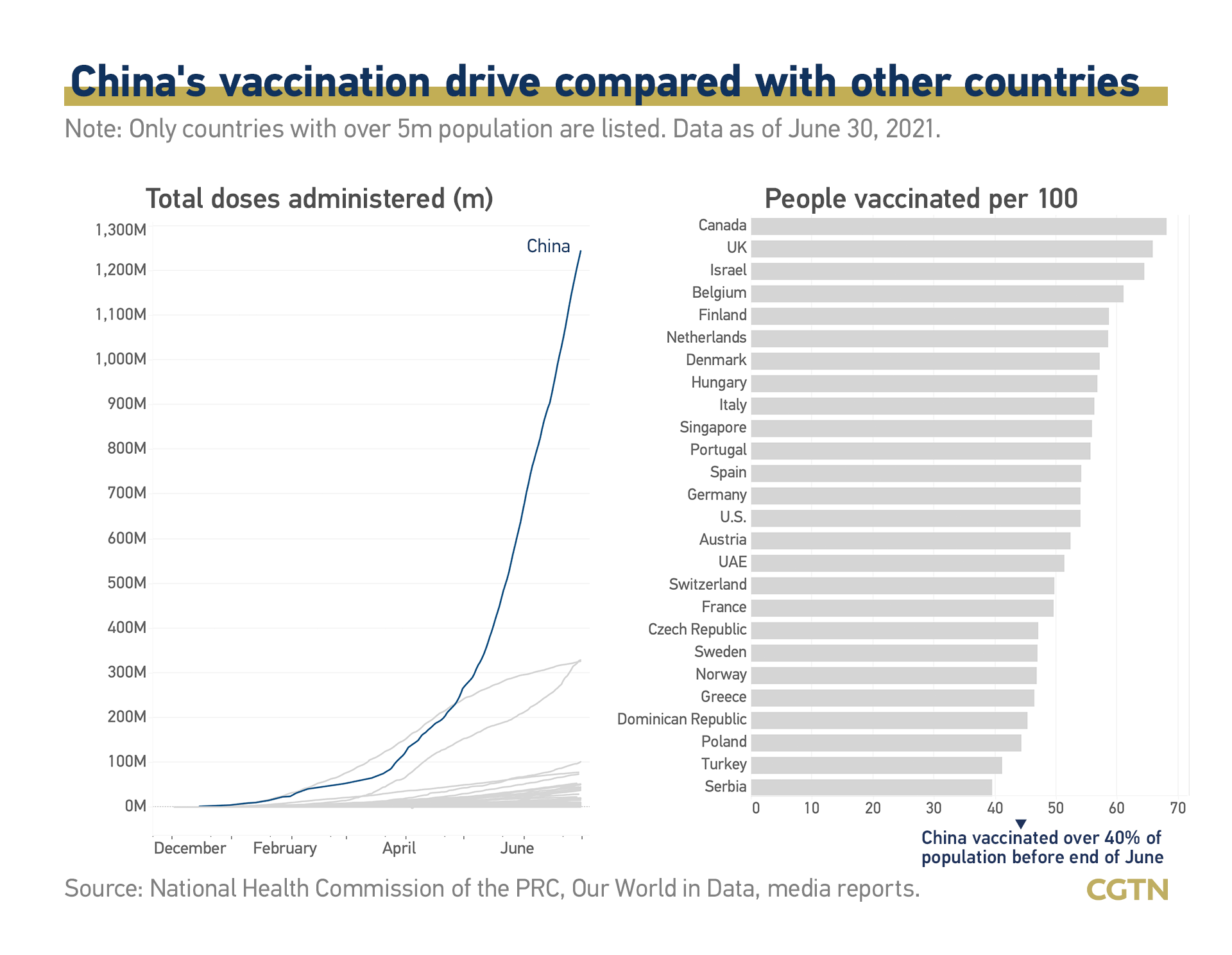 China aims to achieve herd immunity as early as the end of this year.

"If the protective rate of vaccine is about 70 percent, at least 80 percent of our population should receive vaccination to achieve herd immunity," said China's top respiratory expert Zhong Nanshan during a recent interview.

Shao Yiming, a researcher at the country's Center for Disease Control and Prevention, also believed that the threshold should be about 80 to 85 percent.

That is about 2 billion doses in total, considering the majority of people received shots developed by drug maker Sinopharm or Sinovac, both of which required two injections.

With currently over 40 percent of the population vaccinated, China is half way to reach that end.

Shao was confident that China has the capacity and the resources to achieve that goal.

"We will be able to produce five billion doses of vaccine by the end of the year. So if we calculate two doses per person, five billion is a sufficient number of vaccine doses," he said. 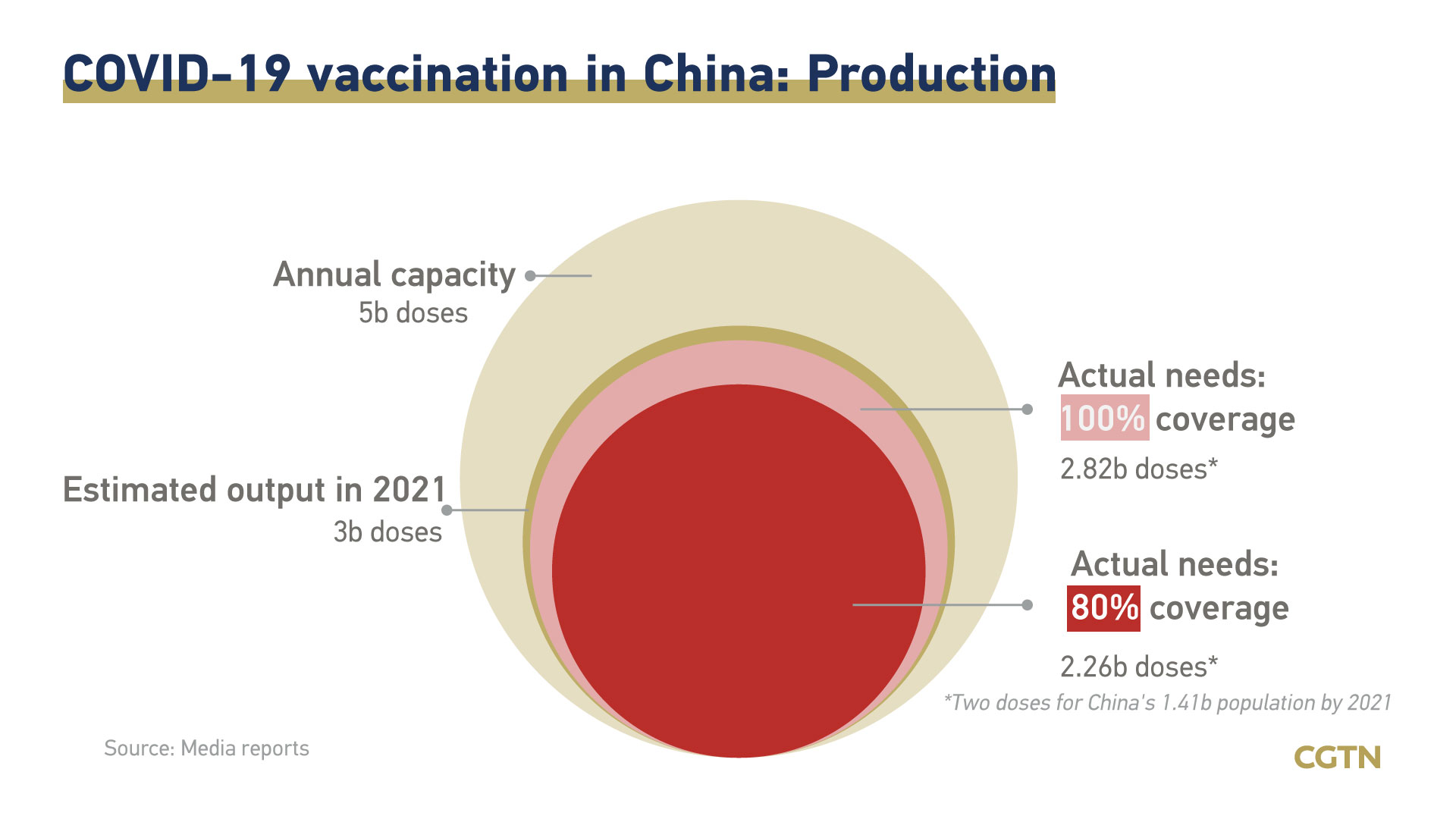 In terms of speed, China's daily vaccinations rose from less than five million doses in late March to an average of 20 million in June.

Suppose China will inoculate all of its population by 2021, it needs to administer nearly nine million doses per day during the second half of this year – that is half the current pace. Even less is required for the 80-percent threshold. 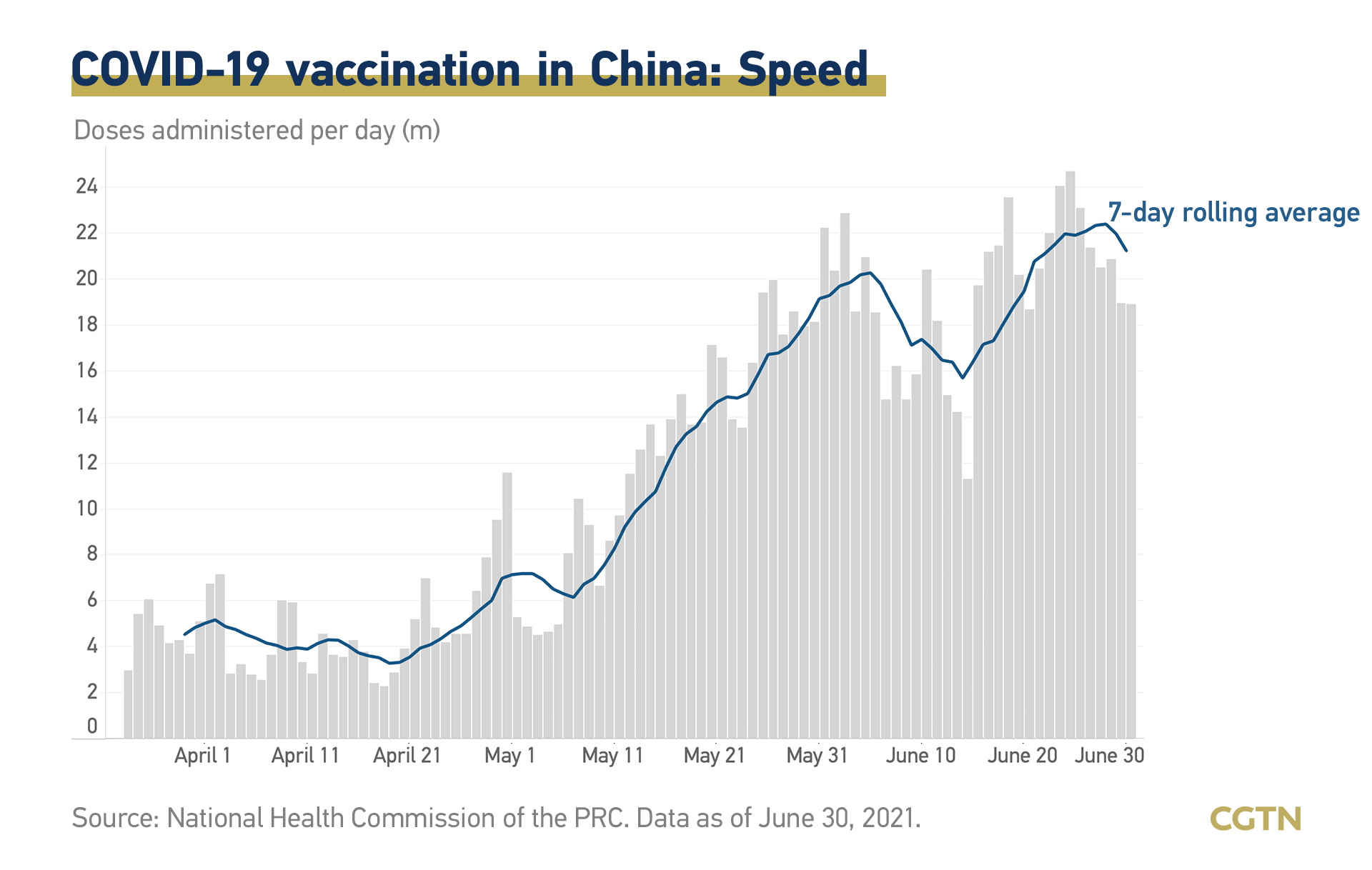 But could other factors, such as new variants of virus, stand in the way?

The Delta variant of COVID-19, first detected in India, is becoming the globally dominant variant of the disease, according to the World Health Organization. People are concerned about whether existing vaccines will be as effective against the more transmissible strain.

In China, the variant caused the latest outbreak in China's most populous province Guangdong. It was the first time that China had to cope with the Delta variant spreading in the community.

Chart of the Day: One month into battle against COVID-19 variant in Guangdong

Zhong Nanshan said that Chinese vaccines are effective against the variant.

He said that preliminary analysis of more than 100 patients in Guangdong showed that Chinese vaccines are effective in preventing the development of pneumonia and severe infection, and thus urged more people to get vaccinated.

While immunizing its own population, China has also provided more than 450 million doses of COVID-19 vaccines to nearly 100 countries to contribute to the global fight against the pandemic.