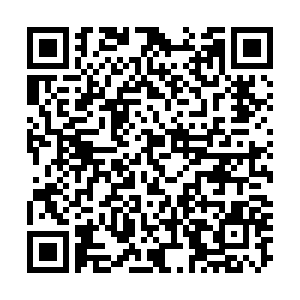 Bradford issued on Friday a statement on U.S. National Security Advisor Jake Sullivan's visit to Brazil, claiming that the United States expressed strong concerns about Huawei's potential role in the field of telecommunication facilities in Brazil and other countries.

In reply to reporters, the spokesperson for the Chinese embassy expressed strong dissatisfaction and resolute opposition to this kind of interference in the 5G construction of other countries and undermining normal cooperation between China and Brazil.

The malicious attacks on China's 5G technology security and Chinese companies disregard facts, and their true intentions are to smear China, suppress Chinese high-tech companies, and safeguard the "America First" and its technological monopoly, said the spokesperson.

Huawei has built more than 1,500 networks in over 170 countries and regions during the past 30 years, covering more than a third of the world's population, the spokesperson noted. Not a single cybersecurity incident has occurred and not a single country has presented evidence showing there is a "backdoor" in Huawei products, the spokesperson added.

Since Huawei started doing business in Brazil 22 years ago, it has created more than 16,000 local jobs and engaged in cooperation with more than 500 Brazilian companies, the spokesperson said. Huawei has provided facilities in around 50 percent of telecommunication networks and 40 percent of the core network in the country, serving 95 percent of the Brazilian population, the spokesperson said, adding that the quality of Huawei products and services is well recognized in the Brazilian market.

Referring to the United States as the world's number one "hacking empire" and a real threat to global cybersecurity, the spokesperson said that the U.S. side abused its national power without any basis in facts to discredit China's high-tech enterprises, and its outright hegemonic acts have been and will continue to be widely resisted by the international community.

"We believe that Brazil will provide open, fair and non-discriminatory market rules for companies from all countries, including China, and continue to create a good business environment for China-Brazil economic and trade cooperation," said the spokesperson.